According to the New-York based group, restrictions imposed during the early months of the coronarivus pandemic have also contributed to the deteriorating human rights situation in the Philippines. 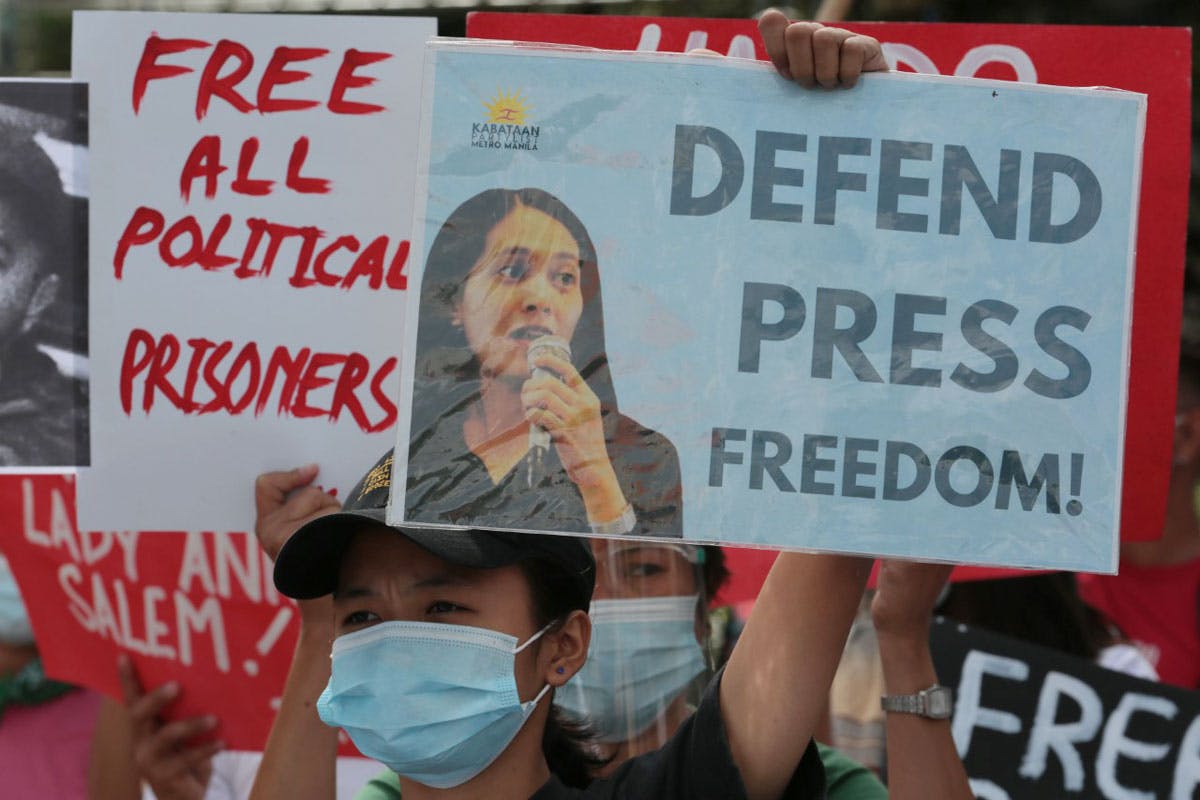 Activists, human rights defenders and relatives of six trade union organizers and journalist arrested during the Human Rights Day in December last year hold a protest in front of the Commission on Human Rights on Jan. 10, 2021 to mark first month of their detention. Photo by Michael Varcas, The Philippine STAR

Killings have continued and red-tagging of activists have intensified in the Philippines last year, highlighting the continuing deterioration of human rights situation in the country, according to a new report of the New York-based Human Rights Watch (HRW).

Restrictions imposed due to the coronavirus pandemic have also contributed to the worsening situation, HRW said in its World Report 2021 released on Wednesday, Jan. 13.

“The Duterte administration appeared to take advantage of COVID-19 curfews in 2020 to expand its gruesome and bloody ‘war on drugs,’” Phil Robertson, deputy Asia director at HRW, said.

“At the same time, government ‘red-baiting’ of leftist activists, rights defenders and others have put them at greater risk of deadly attack,” he noted.

According to HRW, the strict lockdown measures imposed by the government resulted in the arrest and incarceration of tens of thousands of Filipinos “in crowded jails and holding centers where they were at increased risk of contracting the virus.”

“Police and local officials targeted vulnerable populations, including lesbian, gay, bisexual and transgender people and children, and in some cases using public humiliation and cruel treatment,” it stated.

The group also monitored a spike in killings related to the government’s war against illegal drugs, particularly in the first months of the lockdown.

Citing government data, HRW said the average monthly “drug war” deaths from April to July was 39, up from the monthly average of 26 deaths from December 2019 to March 2020.

“This number did not include the deaths of those killed by unidentified gunmen whom Human Rights Watch and other rights monitors believe operate in cooperation with local police and officials,” HRW said.

“The vast majority of ‘drug war’ killings have not been seriously investigated by the authorities. Only a handful of cases are in varying stages of investigation by prosecutors,” it added. 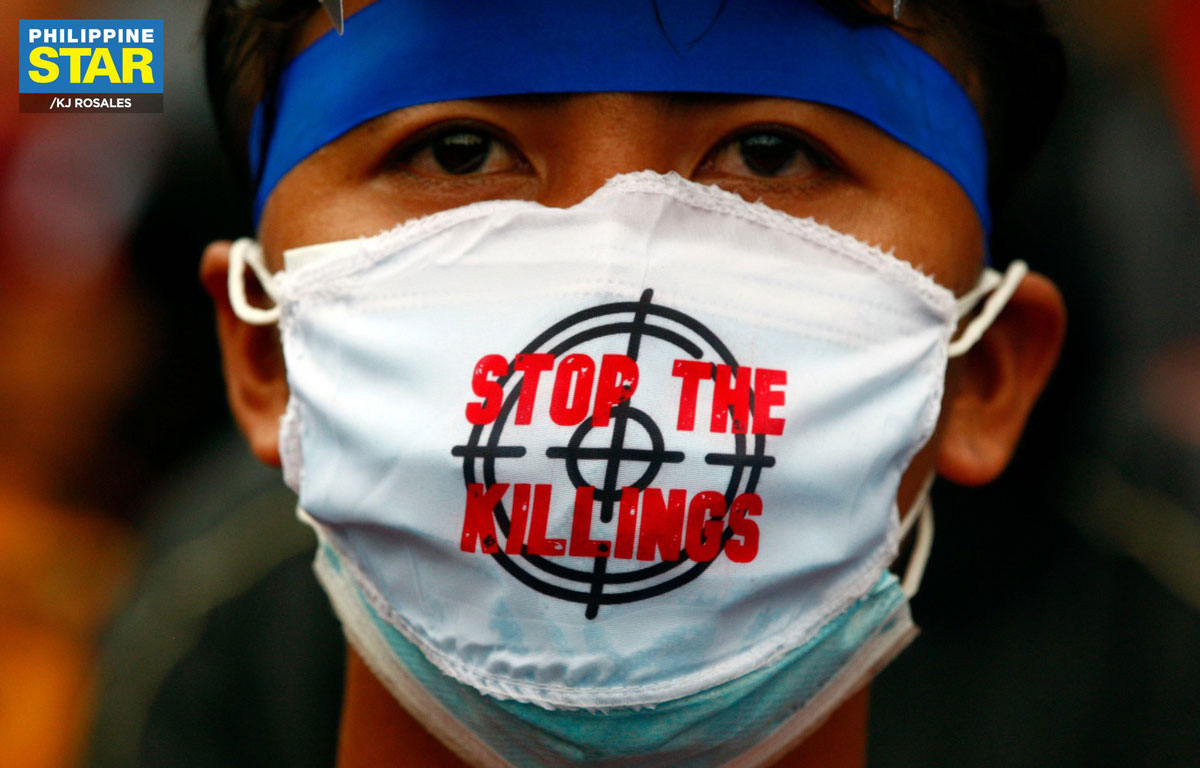 HRW also stated in its report cases of political killings, threats and harassment, as well as the rise in cases of red-tagging or baseless allegations of links to communist groups.

The law is currently being challenged before the Supreme Court.

HRW also noted the continuing attacks against the media, such as the conviction of Rappler chief Maria Ressa and the shutdown of ABS-CBN Corporation.

“As respect for human rights in the Philippines spirals downwards, concerned governments, and UN agencies will need to press the Duterte government harder to halt its atrocities and hold those responsible to account,” Robertson said.

The new HRW report was released days after the Commission on Human Rights (CHR) lamented its exclusion from the government panel created to review some 5,600 deaths during police anti-drug operation.

Last June 2020, amid concerns over human rights violations in the country, the Philippine government told the United Nations Human Rights Council (UNHRC) that it formed the panel, which Justice Secretary Menardo Guevarra said would reinforce accountability in the anti-illegal drug campaign.

“As with all human rights-related mechanisms in the country, the Commission on Human Rights will be involved in its capacity as an independent monitoring body,” he said in his message in behalf of the government. "The continued, unhampered functioning of the Philippine CHR underpins our strong position against calls for an independent investigative mechanism,” he added.

Yet, months after it was announced, the government still has not engaged with the CHR, said Commissioner Karen Gomez-Dumpit.

“This is an unfulfilled promise to Filipinos and the entire community of nations,” she said. “We have respectfully, diligently, consistently and repeatedly asked the Department of Justice concerning the role of the Commission on Human Rights in the said panel.”

The review panel was supposed to present the report last November, but it was only this week that Guevarra confirmed that the initial report was already submitted to the office of President Duterte last Dec. 29. 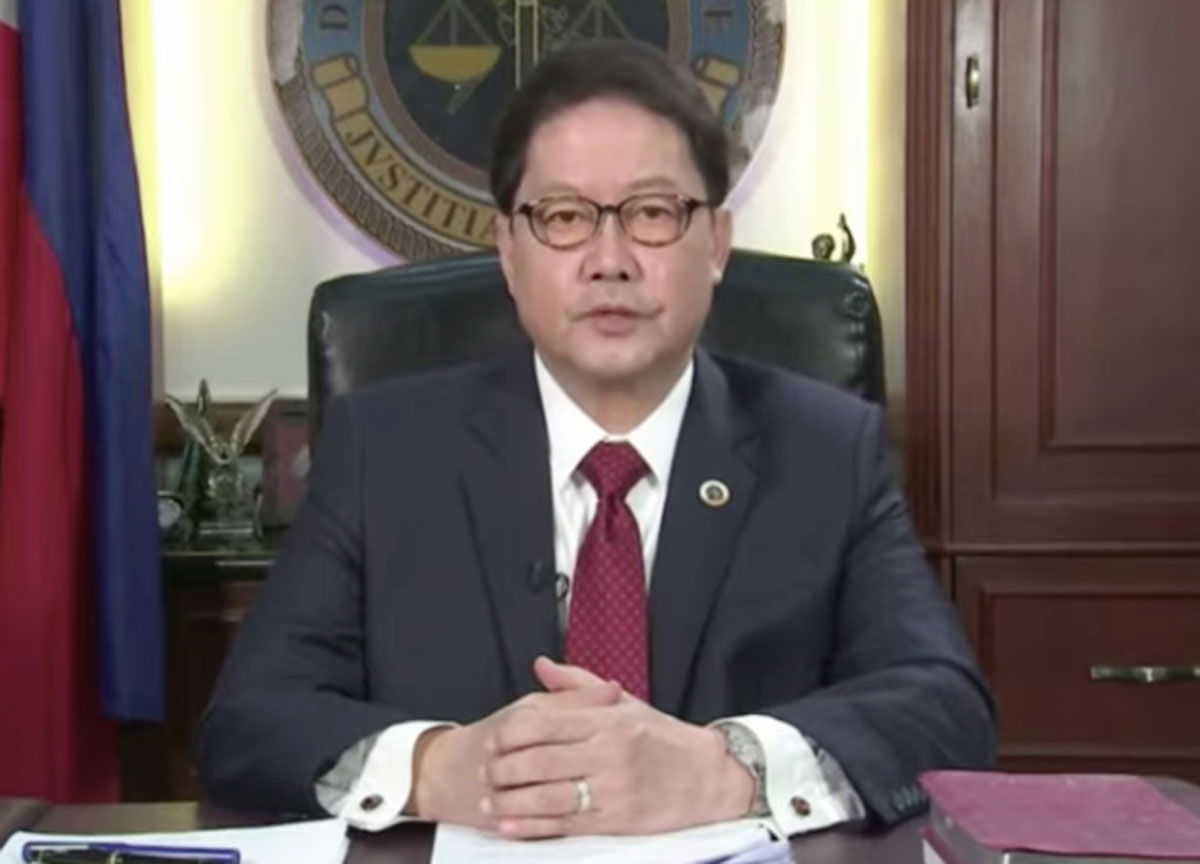 Human rights groups have also raised concern over the process, particularly the exclusion of the human rights body and other stakeholders.

“The justice department’s non-engagement with the Commission on Human Rights regarding this report is a cause of concern on the outcome document. Why exclude the national human rights institution that has been looking into and receiving complaints regarding these cases?” Karapatan secretary general Cristina Palabay said.

“We are likewise concerned on the possible non-involvement and non-engagement of victims and their kin. Their views and experiences matter because many of them witnessed the incidents pertaining to their loved ones and they are bearing the brunt of impunity that pervades in these cases,” she added.

Edre Olalia of the National Union of People’s Lawyers and the Ecumenical Voice for Human Rights and Peace in the Philippines (EcuVoice) said they were not surprised with the developments in the review panel.

“Our fears and concerns were validated,” he said in a phone interview with The Philippine STAR. “We are again distressed over issues of transparency and exclusion (of CHR) in the review panel.”

When the review was announced last year, EcuVoice said it could not help but be reasonably cynical of the statements of the Philippine government.

Responding to CHR’s concerns, Guevarra said they still intend to engage with the commission in the government review.

"As I said, the initial report is only a partial one. Our efforts have been severely hampered by current restrictions on mobility and physical access to records. Much collaborative work remains to be done," he added.

Dumpit welcomed the secretary’s statement and said that they are looking forward to the possible engagement with the panel.

“We have written the secretary to once again ask our role in the review panel and we also requested for a copy of the partial report,” she bared.

The CHR official earlier urged the government to publicize the finding of the review panel to allow victims and their families to access crucial information in the process of obtaining justice.

She repeated the commission’s commitment in supporting the Philippine government’s efforts to ensure accountability and transparency, prevent impunity and improve the human rights situation on the ground.

“We reiterate our openness and willingness to engage with the government in this process. It is our view that the best way in improving the human rights situation in the country is through inclusive and constructive engagement between the government, independent monitoring mechanisms and civil society,” the human rights official said.

Read More: Damage Control? Phl Seeks ‘Chance’ To Look Into Drug War Deaths On Its Own