Still Without A Contractor, DOTr Promises To Finish LRT-2 Repairs By June

The fire incident last year has caused significant impact on Light Rail Transit 2 operations, which handles around 200,000 passengers every day. 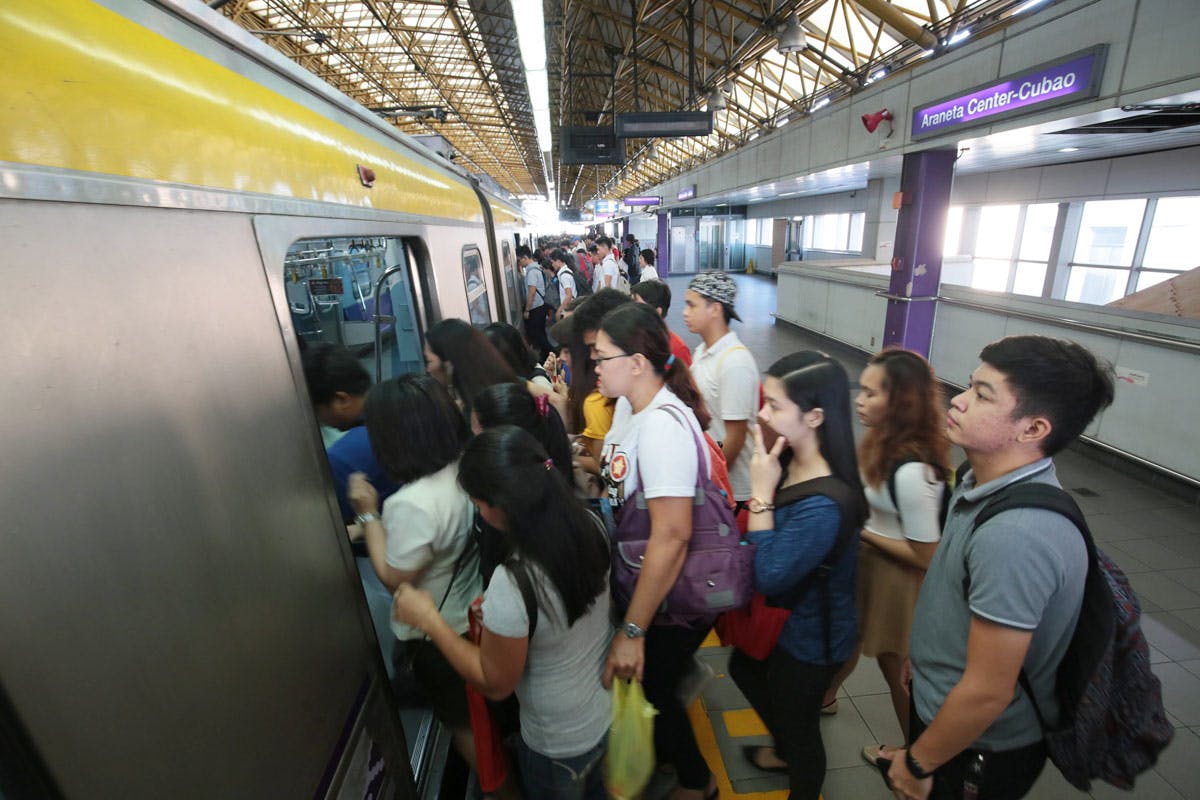 Commuters make their way inside a Light Rail Transit 2 coach in Cubao station on Oct. 8, 2019. Photo by Michael Varcas, The Philippine STAR

The government is confident that full operations of the Light Rail Transit Line 2 will resume ahead of schedule even as it has yet to pick the contractor that will take charge of the rehabilitation of the shuttered portions of the LRT-2.

“The currently suspended operations from Santolan to Anonas are expected to resume by the end of June 2020,” the Department of Transportation (DOTr) said on Jan. 30 following the procurement of vital equipment and replacement parts needed for the repair.

The new target for the reopening of the Santolan, Katipunan and Anonas stations is a month earlier than the previous schedule set by the Light Rail Transit Authority (LRTA), which said it would take a minimum of nine months – or until July 2020 – to rehabilitate the train line damaged by a fire in October last year.

The three stations were rendered non-operational after a fire, reportedly caused by lightning strike, damaged three rectifiers or transformers on the eastern portion of the train line on Oct. 3, 2019.

The Santolan depot in Pasig City, where the LRTA holds office and maintains train coaches, also lost power supply and is currently dependent on generator sets.

In its latest statement, the DOTr said the apparatus needed to restore the damaged parts and equipment “underwent stringent government processes of procurement, and its delivery, installation, testing and commissioning will require significant repair period.”

LRTA spokesperson and corporate board secretary Hernando Cabrera said the agency had resorted to emergency negotiated procurement in line with Section 53 of Republic Act No. 9184 or the Government Procurement Reform Act, which allows government agencies to do so to restore a damaged “vital public service.”

According to the LRTA, a budget of P547.4 million was allotted to restore parts damaged by the fire, including the train line’s rectifier substations 4, 5 and 6; power cables and positive boxes; an overhead catenary system pole, and other power support infrastructure.

Cabrera said the LRTA board would come up with additional contracts for the rehabilitation of the fiber optics, signaling and telecommunication systems and consultation services. 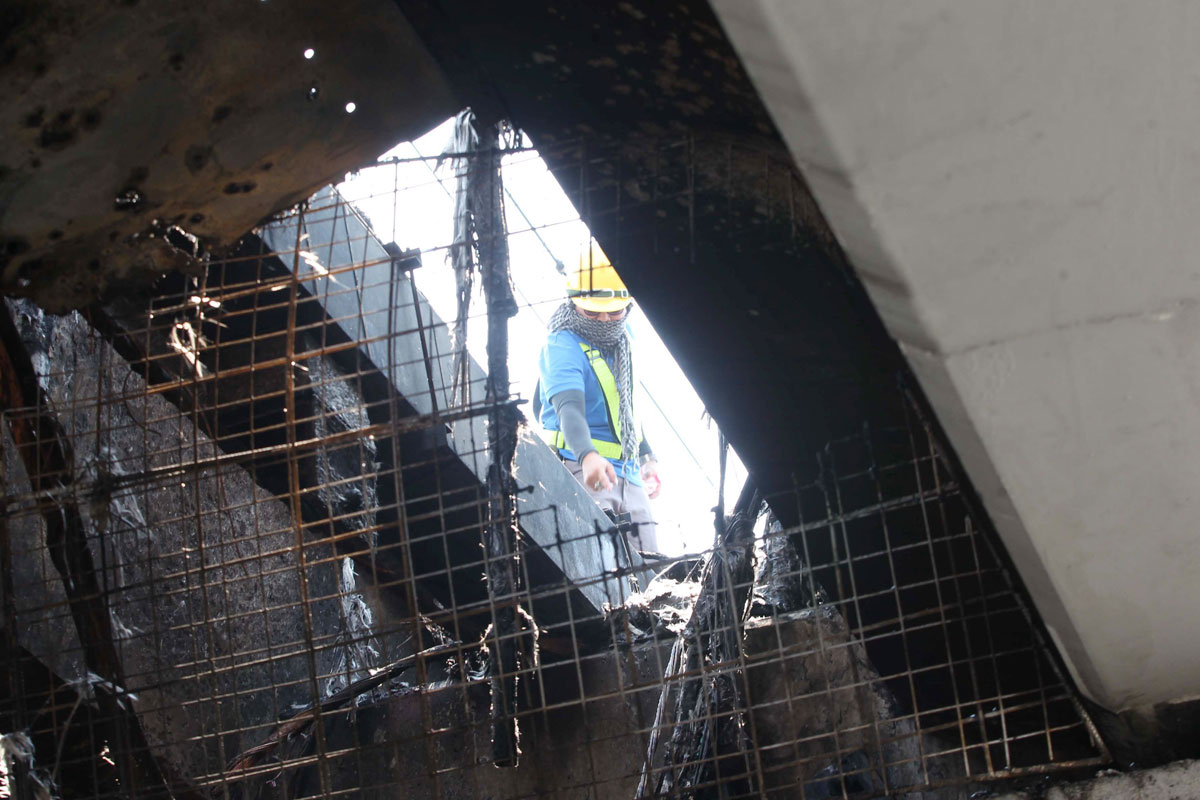 While significant progress has been made in the procurement of the replacement parts and equipment, the LRTA has yet to post the notice of award to the contractor that would take charge of the rehabilitation efforts.

Last month, an insider told The Philippine STAR that the LRTA was still evaluating the proposals submitted by companies interested in the project.

“(But) everything is on schedule,” the source said.

Cabrera explained that LRTA personnel had been repairing on their own certain damaged parts and equipment, particularly on the rectifier 6 located at the Santolan depot.

He said the LRTA board has been meeting twice a month in hopes of rushing the restoration efforts.

“We are trying our best to come up with a shorter timeline,” he said. “Based on our talks with our known suppliers and contractors, they are promising they can look at and act on a temporary solution.”

The fire incident last year has caused significant impact on LRT-2 operations, which handles around 200,000 passengers every day.

It forced the shutdown of the entire 11-station, 16.75-kilometer train line for almost a week, with an estimated revenue loss of around P3.2 million per day.

LRT-2 later resumed trips, but only on the eight stations not affected by the damaged transformers, from Cubao-Araneta to Recto stations. Earlier, officials said full operations could resume in two to three months. They thought the damaged portions of the train line could be repaired per component instead of procuring new parts and equipment.

Regular commuters from the areas serviced by the shuttered stations had to resort to alternative transportation options while the rehabilitation is ongoing. 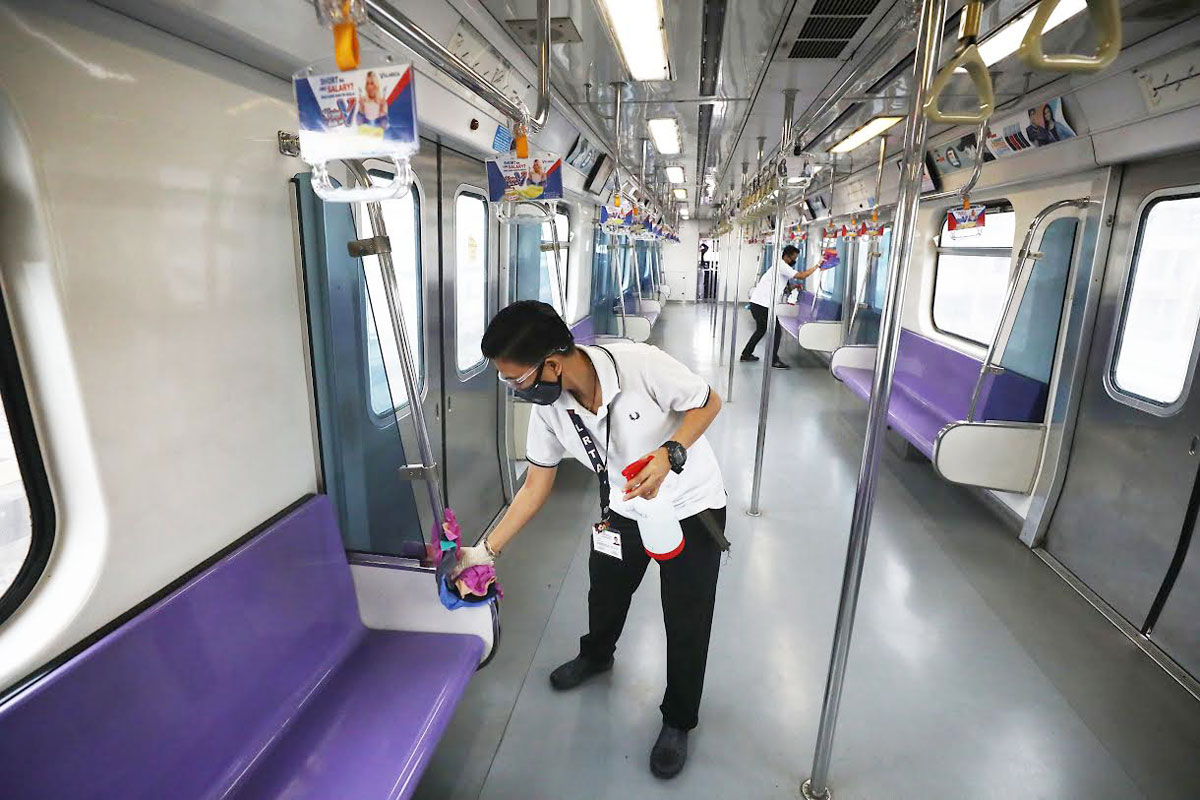 Authorities said they aimed to have the closed stations resume operations before the completion of the LRT-2 East Extension Project.

The DOTr said the project, which would add two more stations in the cities of Marikina and Antipolo, would be 76.9 percent complete by the end of 2019.

Project contractors, the DOTr says, are completing the construction of the two new stations – Emerald and Masinag – and continuing the track works and installation of the electromechanical component system.

Dexter Buenconsejo, coordinator of the LRT-2 East Extension Project, said the management would make sure that the three downed stations would be operational before the existing 11-station rail line would be connected to the two additional stations.

“We are closely coordinating and monitoring with engineering (department),” he told The STAR. “Later on, we’ll be having the integration of the two systems, so it is critical for us to make the existing stations available and operational.”

Buenconsejo said the project is now focused on finishing the electromechanical systems of the Emerald and Masinag stations, including the substations, signaling, telecommunications, tracks, catenary and the automated fare collection system.

All works are supposed to be completed by December, with the target public opening in the early part of 2021.

The whole east extension project, which started in 2016, is worth P9.5 billion.