ABS-CBN Corp. cannot circumvent the cease-and-desist order issued against it by the National Telecommunications Commission by airing programs on cable or other channels it pays as blocktimer, three House leaders said on Monday. 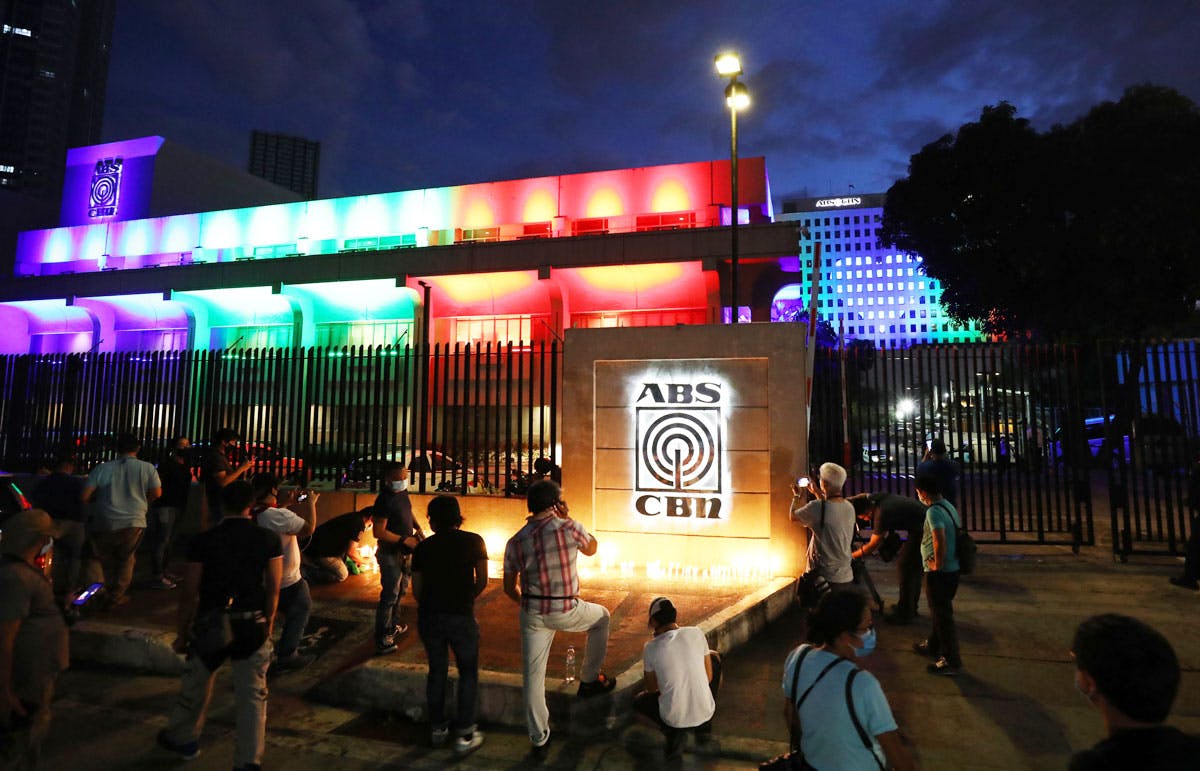 Employees and supporters of ABS-CBN Corp. light candles in front of the network’s office in Quezon City following the National Telecommunications Commission’s cease-and-desist order on May 5, 2020. Photo by Miguel de Guzman, The Philippine STAR

Since the National Telecommunications Commission (NTC) ordered ABS-CBN Corp. to stop operations after its franchise expired on May 4, the network giant decided to explore its options so it could continue to air its programs.

On June 12, ABS-CBN announced that its current and classic programs would be back starting June 13 via cable and satellite TV on Kapamilya Channel, which became available beginning June 13 on SKY Cable  (Channel 8 on standard definition or SD, Channel 167 on high definition or HD), Cablelink (Channel 8), G Sat (Channel 2) and most member-cable operators of the Philippine Cable Television Association nationwide.

ABS-CBN said while Kapamilya Channel would initially be seen by cable and satellite TV viewers only, it assured the public that it “will find more ways to reach more Filipinos and bring news, public service, and entertainment to every Kapamilya around the world.”

Since the shutdown order, programs that are not aired on Kapamilya Channel like “TV Patrol,” ABS-CBN’s flagship newscast, have continued to air on ABS-CBN News Channel or ANC, Teleradyo, Cinemo, The Filipino Channel or TFC, and digital or online (ABS-CBN News on Facebook and YouTube, news.abs-cbn.com and iwant.ph).

ABS-CBN also has a blocktime arrangement with Amcara Broadcasting Network Inc. so it can air its programs on Channel 43 through its TVplus units.

Amcara, a provincial network with 32 TV and two radio stations, aired ABS-CBN Sports + Action, a free TV channel for all sporting events. This was when ABS-CBN still owned 49 percent of Amcara.

On Monday, June 29, three leaders of the House of Representatives did not mince words and told the NTC and ABS-CBN that the network should not be airing programs on cable and other channels because it had been ordered to stop operations due to lack of a valid franchise.

“We have a ripe case for the ombudsman here. In this instance, I am endorsing a graft case against the NTC chief for allowing and tolerating ABS-CBN to operate for eight weeks even with an expired franchise,” Remulla said during a hearing on Monday, June 29.

This was in relation to Cordoba’s admission not just to Remulla but also to Marcoleta and Defensor that ABS-CBN’s use of Channel 43 is covered by the NTC’s cease-and-desist order (CDO) issued against ABS-CBN on May 5.

“Yes, the TV airing is a violation of our CDO,” the NTC chief admitted categorically.

He explained to the joint House committees hearing the ABS-CBN franchise that the NTC did not act right away on the issue because the commission first had to consult the Office of the Solicitor General (OSG) on the appropriate course of action pending resolution of the ABS-CBN case before the Supreme Court.

The NTC, through Solicitor General Jose Calida, asked the SC in late May to dismiss ABS-CBN’s petition challenging the CDO and seeking a status quo ante or temporary restraining order (TRO).

In February, the OSG also filed a quo warranto petition against ABS-CBN before the SC. But this was dismissed on June 23 for being moot as the franchise in question expired in May, which became the NTC’s basis for shutting down the network.

Calida alleged that ABS-CBN violated conditions of its franchise granted by Congress.

Cordoba said the NTC was advised by the OSG only on Monday morning to issue an alias CDO to reiterate its May 5 order and ensure compliance, stopping ABS-CBN from airing its programs elsewhere pending further action. 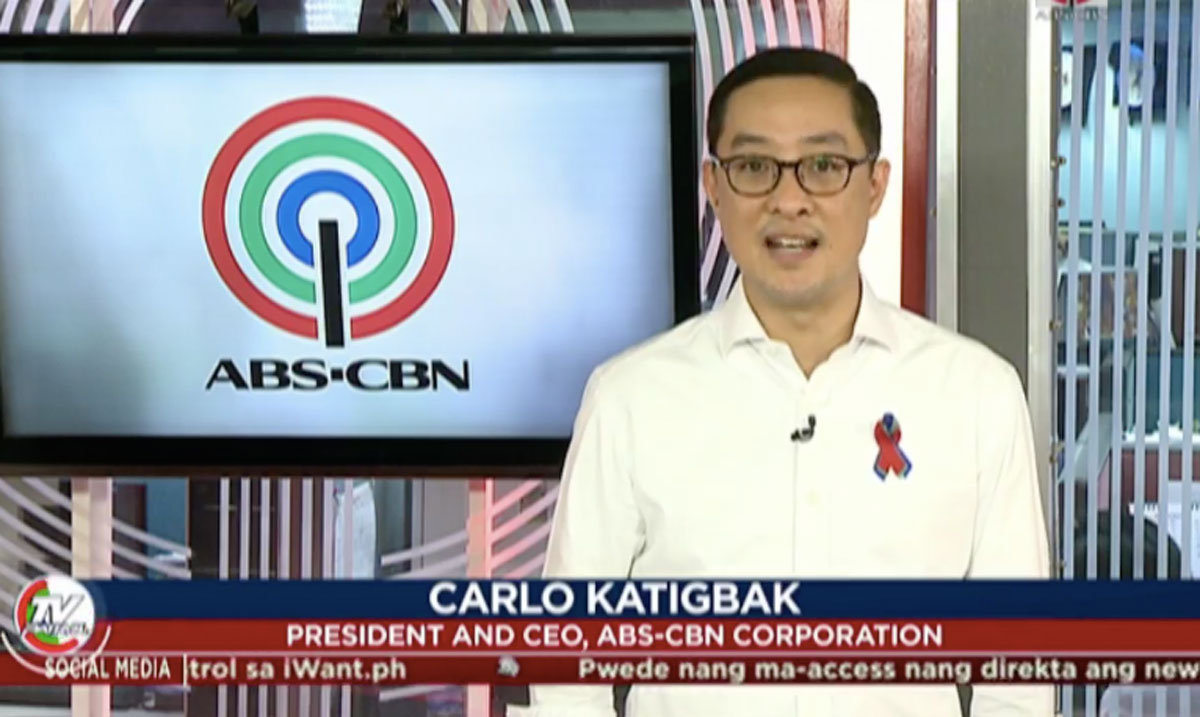 Defensor, chairman of the House public accounts committee, alleged that Cordoba’s acts constituted “usurpation of our power to grant a legislative franchise” and an “infringement or encroachment of the powers of Congress” to grant franchises to broadcasting stations.

Marcoleta, who got a briefing paper from Cordoba about the issue on June 10, was harsher.

“As far as I’m concerned, he should resign because he’s not doing his job,” Marcoleta said, referring to Cordoba. “It’s as if he has been insulting our intelligence here. There was no TRO from SC. So why do you have to issue an alias CDO?”

ABS-CBN president and chief executive officer Carlo Katigbak said the CDO did not cover Channel 43, with which the network has a blocktimer arrangement.

Katigbak pointed out that in the past, NTC and Congress had permitted other broadcasting companies with expired congressional franchises to continue airing until a decision was reached on their application for renewal.

“We ask permission that the same privilege be accorded to ABS-CBN in the spirit of fairness,” Katigbak said.

Despite Cordoba’s insistence, Katigbak asserted that Channel 43 was “not covered by the CDO.”

But Remulla told the panel that “no amount of palusot (excuse) will be enough to allow this arrangement.”

“They don’t have a right to broadcast, period. This blocktime arrangement is just a poor excuse,” Remulla stressed.

Remulla argued that ABS-CBN has been “illegally” using public frequency to broadcast its content and “conducting illegal operations for the past eight weeks.”

It was at this juncture that Katigbak asked the lawmakers to grant ABS-CBN, just like other TV stations, some leeway.

“Between TV Plus and SKY (Cable subscribers), there are about 11 million homes that have access to our service,” he said. “If we cut this off, that’s almost 55 million people that will lose access to their entertainment, their news and information. Our appeal to Congress is, in the spirit of fairness, please consider that you have allowed other companies to operate before, even after their franchises have expired, so long as Congress continues to hear their application for the renewal.”