NONSENSE: Call For Revolutionary Government Dismissed For Being Unconstitutional; No Probe, Charges Against Convenors

The Philippine National Police and the Department of National Defense assured the public they would not support any call for a revolutionary government while Malacañang said it had nothing to with it. 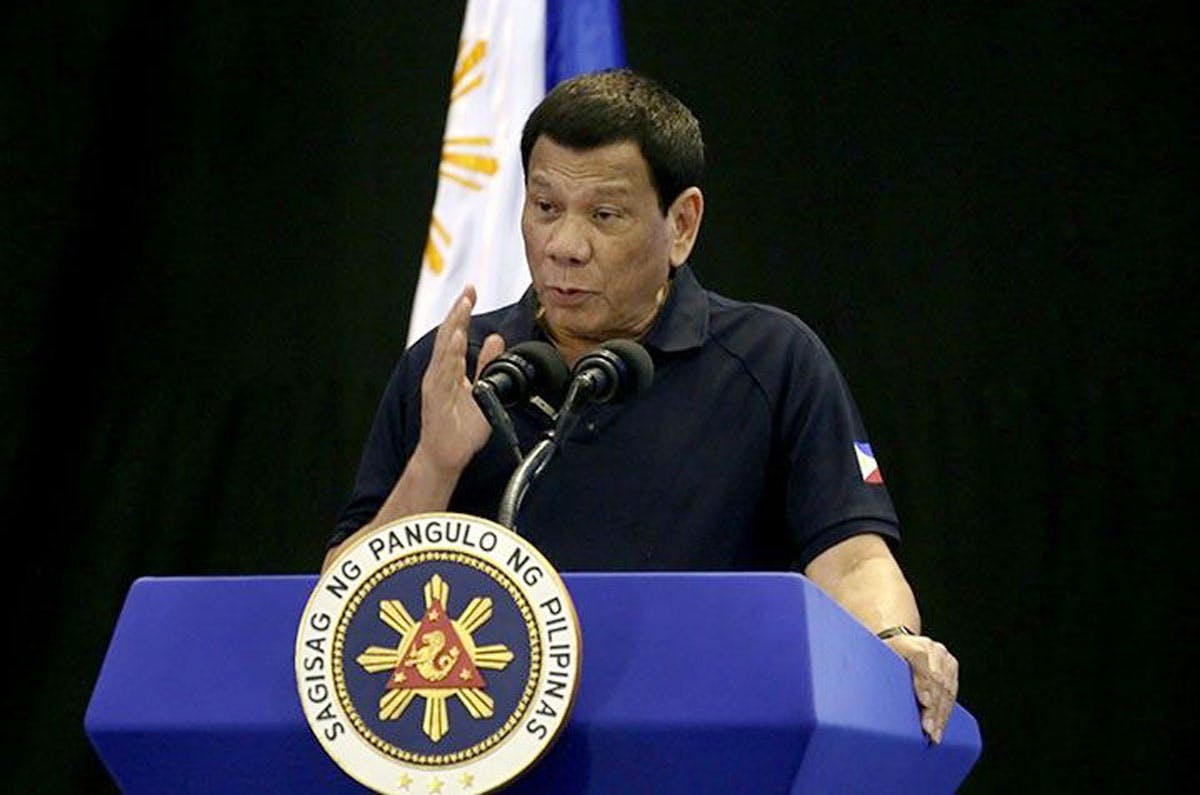 President Duterte delivers a speech during the 25th National Federation of the Motorcycle Clubs of the Philippines Annual National Convention at the Iloilo Convention Center in Iloilo City on April 6, 2019. Malacañang photo

As a pro-Duterte group calls for a “revolutionary government,” law enforcers previously bent on stifling any supposed acts of sedition this time seem cool to taking immediate action.

Around 300 people, including supporters who participated online, assembled at the Clark Freeport on Saturday, Aug. 22, to support the revolutionary government that they want President Duterte to lead until 2021, after which elections shall be held under the newly amended constitution in a federal form of government.

The Mayor Rodrigo Roa Duterte-National Executive Committee (MRRD-NECC) is seeking to effectively overthrow the government to pave the way for a federal system. The group asked the police and military to back the formation of a revolutionary government by junking the current Constitution.

The Philippine National Police (PNP), which previously filed charges against opposition leaders over mere allegations made by a vlogger, is now saying that the action of the MRRD-NECC is an exercise of freedom of expression that protects the pro-Duterte group from prosecution.

Banac likened the MRRD-NECC’s activities to those of anti-government rallyists and militant groups and their exercise of freedom of expression.

Lawyer Arlene Buan, national spokesperson of the MRRD-NECC, said the assembly of the People’s National Coalition for Revolutionary Government and Charter change was held on the same day that members of the Katipunan tore up their cedula to signal the start of the 1896 Revolution against the Spanish colonial government. The movement was launched at the Barasoain Church in Malolos, Bulacan on July 25.

In 2019, a person who identified himself as “Bikoy” posted controversial “Totoong Narcolist” videos, which depicted the bloody war on drugs and linked the President’s family to drug trafficking. The video led to the filing of charges against opposition leaders by the PNP.

Bikoy, who turned out to be Peter Joemel Advincula, said the videos were part of the opposition’s “Project Sodoma” to discredit Duterte and have him removed from office to pave the way for Vice President Leni Robredo’s takeover of the presidency.

The PNP was quick to investigate Advincula’s claims, even allowing him to make his allegations before the media at the PNP national headquarters at Camp Crame.

Charges of inciting to sedition were filed against nine individuals – opposition members including former senator Antonio Trillanes IV, church leaders and other persons named by Advincula.

Arrest warrants have been issued by the court. The defendants have posted bail, but the trial has yet to start. 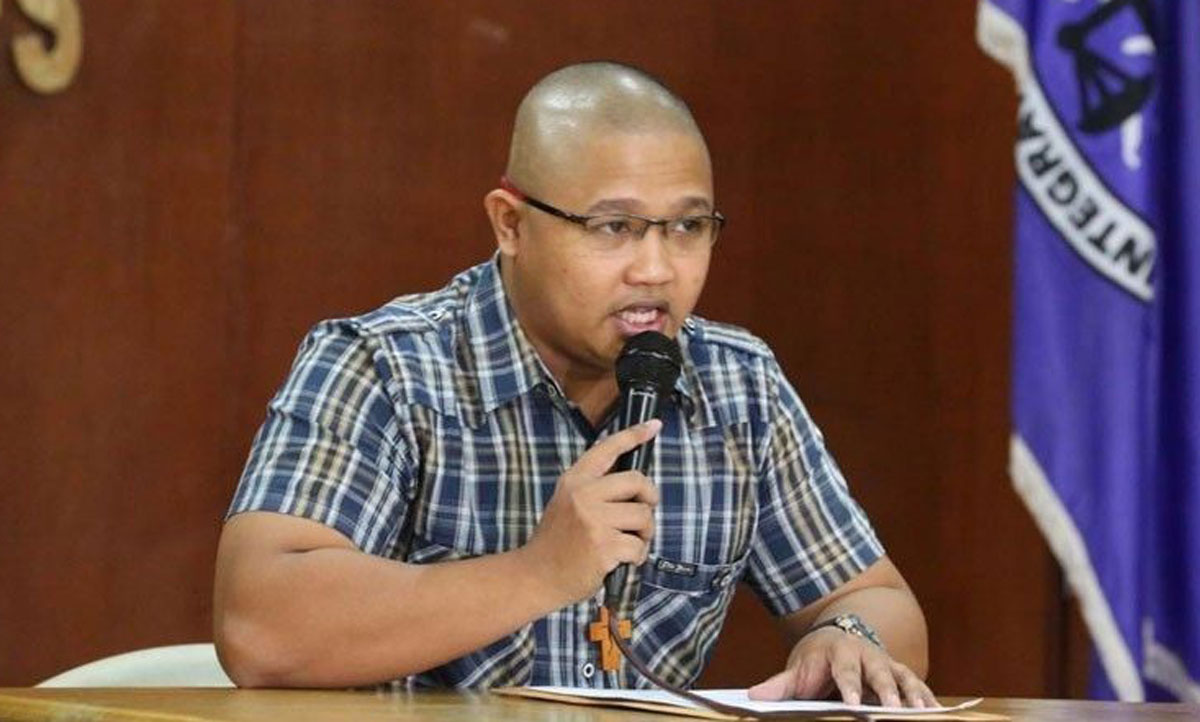 This time, it seems that the PNP is holding its horses on sedition plots.

Even the Department of the Interior and Local Government (DILG), the agency tasked to spearhead constitutional reform initiatives by the administration, and which has supervision over the PNP, is keeping its distance from the issue.

When asked if it categorically would not support the move, the DILG said that it has “no position” on the call to declare a revolutionary government.

“Since MRRD-NECC is a private organization and this is an independent undertaking, we cannot offer a comment at this time because the IATF Constitutional Reform, which the DILG chairs, has no position on the matter,” Malaya said in a text message.

Malaya said they are not aware of the activities of the MRRD-NECC as the DILG is focused on responses to the coronavirus disease (COVID-19) crisis.

“As one of the lead agencies in the country’s COVID response, we are currently focused on defeating this global pandemic,” he added.

While the MRRD-NECC is urging the police and military support to join their coalition, this was thumbed down by both institutions.

PNP chief Gen. Archie Gamboa confirmed that he received a request from the group for a meeting, but he noted that the meeting did not push through.

The PNP assured the public it would not support any call for a revolutionary government, and the organization would remain faithful to the 1987 Constitution and obey only the legal authority.

The PNP spokesman warned the group not to cross the line and undermine state institutions and the government itself. He disclosed that the group’s members are already being monitored by authorities. 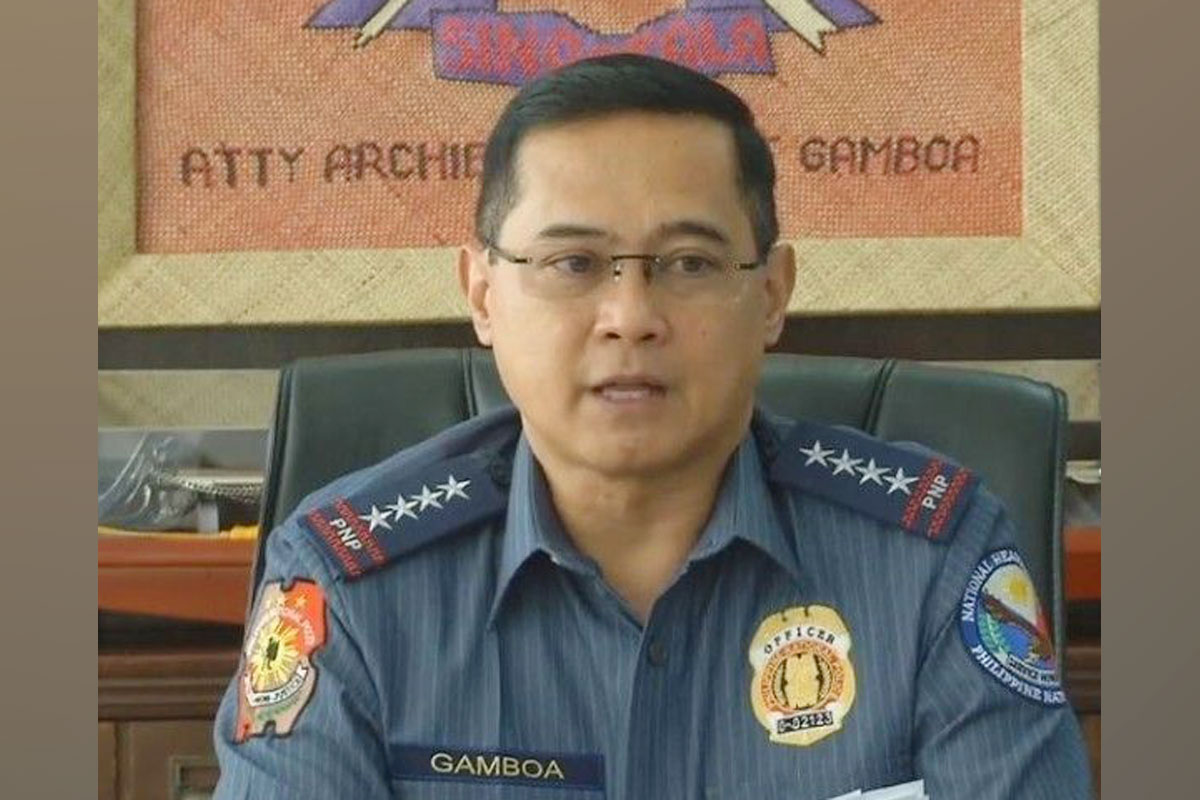 Defense Secretary Delfin Lorenzana said he also received a similar request from the group for a meeting. The request was coursed through a messaging platform and was not directly sent by the alleged authors.

“We do not support them,” Lorenzana declared.

Malacañang should immediately stop attempts by some groups to establish a revolutionary government, and instead rally the people in fighting the COVID-19 pandemic, Sen. Francis Pangilinan said on Sunday, Aug. 23.

“The nation is already grappling with hunger and joblessness as a result of the lockdown, PhilHealth mess, and lack of funds. The Filipinos will get nothing out of this distraction,” Pangilinan said in a statement.

The concept of a revolutionary government is not provided in the Constitution or any other existing legal document, he said. “Let us not depart from the constitutional order,” he added.

While the move should be taken with a grain of salt, Pangilinan said Filipinos must remain vigilant in thwarting it as the idea could be the creation of “a thinly veiled dictatorship that would concentrate power in the hands of the President – which freedom-loving Filipinos should resist.”

Other senators earlier also warned against the effort to establish a revolutionary government by the President’s supporters.

Senate President Vicente Sotto III likened a revolutionary government to “a rudderless” ship of state “launched without a compass nor an agreed destination.”

Being extra-constitutional, Sotto said “it is not a simple mistake but an uncorrectable blunder.”

“Administration enemies will win, both internal and external. The rule of law is our safest guide to a better Philippines. Let us turn off this ‘revolution noise’ and we will be OK,” Sotto stressed.

Sen. Panfilo Lacson said such calls should be ignored.

“Maybe they want a revolutionary government so there would be no elections,” Lacson said on Saturday, Aug. 22.

Senators Sonny Angara and Sherwin Gatchalian in their social media posts also opposed the establishment of a revolutionary government.

Robredo on Sunday slammed the call of Duterte’s supporters for a revolutionary government.

“Ang laking kalokohan nyan (That is such a huge nonsense),” the Vice President said in her weekly radio program over dzXL.

Robredo warned that those behind the effort may only be seeking to discard the Constitution.

“First of all, what do they mean when they call for a revolutionary government? They are asking to throw away our Constitution. That itself is illegal,” Robredo, a lawyer, said.

Robredo also questioned the timing of the group’s call, saying it fanned people’s suspicions on Duterte’s state of health.

“During this time when there are rumors, although these have been refuted, that the President is sick, and then you will talk about revolutionary government – it just adds to people’s suspicions,” she said.

In a post on Twitter on Sunday, Robredo’s spokesman Barry Gutierrez also denounced the call for a revolutionary government.

“Let’s be clear, a push for (a revolutionary government) is a push to tear up the Constitution – the very document that gives this government its authority. Why then are so many officials so timid in their responses to what is essentially a call to rebellion? ‘I don’t support it’ just isn’t enough,” Gutierrez, who is also a lawyer, said. 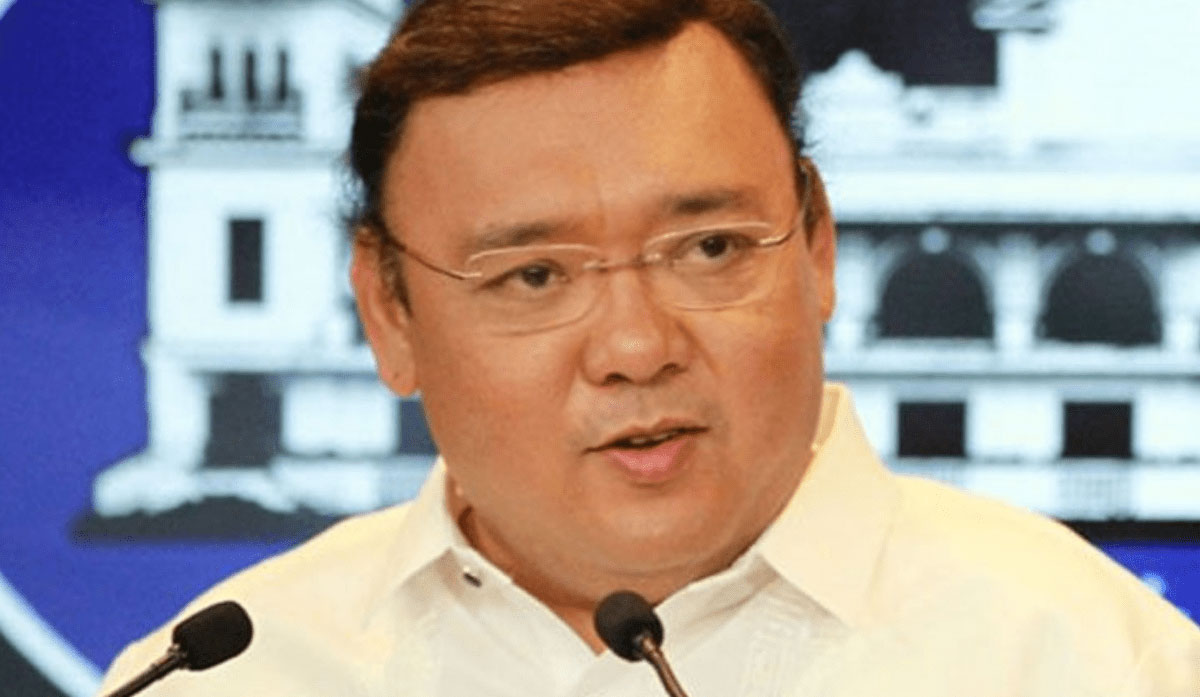 Malacañang distanced itself from the call to declare a revolutionary government to amend the Constitution, saying the administration’s priority is to respond to the coronavirus pandemic.

The MRRD-NECC says the modes of amending the Charter, such as through a constitutional convention or constituent assembly, are no longer viable due to the lack of time. The group says Duterte must lead the revolutionary government to heal “all the ills of our society.”

“The call to establish a revolutionary government came from a private group and the organizers are free to publicly express their opinion,” presidential spokesman Harry Roque said in a statement.

“The focus, however, of the administration is addressing COVID-19 and mitigating its socioeconomic impact. The most pressing and most urgent concern, which requires the executive’s full attention, is the gradual opening of the economy while safeguarding the people who are working (or) going back to work amid the pandemic,” he added.

Chief Presidential Legal Counsel Salvador Panelo pointed out it may be too late to amend the Constitution through a revolutionary government. But he noted that in terms of academic discussion, the proposal is “a titillating idea for discourse.”

“If it is a workable concept, it may be late in the day. Moreover, the call of a revolutionary government must come from the people and not from a single organization or an individual. It must be an overwhelming call, and there is no present perceptible people’s clamor for such,” Panelo said in a statement.

“While the President may have at one time in the campaign or in another in one of his speeches, expressed a need for it, he was quick to qualify it as only if all other means constitutionally allowed to effect a radical change in the social, political and economic structure fail,” Panelo added.

He noted that Duterte is already “effecting the necessary changes in our country and succeeding despite the opposite view of a boisterous minority.”

Duterte himself had dangled the idea of declaring a revolutionary government to address the country’s problems. In 2017, he threatened to establish a revolutionary government and declare all state posts vacant if the Philippines plunged into “chaos” because of attempts to destabilize the government. He later clarified that he would make such a declaration only if “things go out of control” and if the administration faced the risk of being overthrown violently.

In 2018, 39 percent of Filipinos expressed opposition to the prospective proclamation of a revolutionary government by the Duterte administration, according to a survey conducted by the Social Weather Stations.

Last year, Duterte raised the possibility of declaring a “revolutionary war” after opposition Sen. Franklin Drilon appealed to the administration to be careful in reviewing government contracts. Malacañang had claimed that the remark was an “exasperated expression” against “a series of acts committed against the people.”

The shift to a federal type of government is one of the campaign promises of Duterte, who believes it will spur development in the countryside.

Duterte admitted that his proposed shift to federalism may not gain support. But he expressed hope that local officials would at least back amendments to the Constitution that would address the conflict in Mindanao.

He has not mentioned the shift to federalism or Charter change in his last two State of the Nation Addresses.