The Department of Justice has been tasked to study the implications of abrogating the Visiting Forces Agreement between the Philippines and the United States even as legally, Manila may not need to cite reasons for the termination. 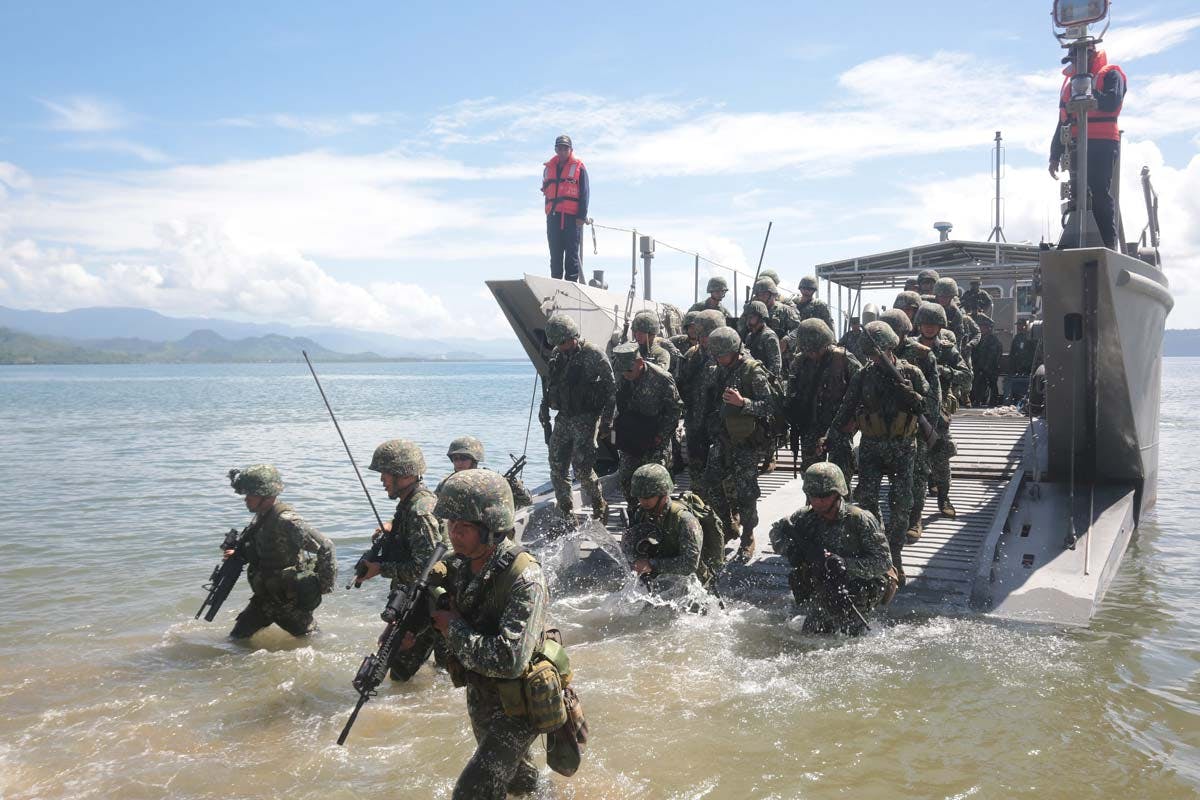 US and Philippine military officers participate in Balikatan exercises in Aurora in May 2017. Photo by Michael Varcas, The Philippine STAR

Amid criticisms that President Duterte was being petty in threatening to terminate the two-decade-old Visiting Forces Agreement (VFA), it remains unclear what reason Manila would formally give Washington should it decide to push through with the move.

The supposedly “petty” reason that Duterte cited was the cancellation of the US visa of his former national police chief, Sen. Ronald dela Rosa. But Chief Presidential Legal Counsel and spokesman Salvador Panelo gave three other justifications yesterday: the demand of some American senators to release detained opposition Sen. Leila de Lima, the US Senate resolution condemning the alleged human rights violations in the Philippines, and the introduction of a US national budget provision that barred individuals behind De Lima’s detention from entering the US.

They are political reasons. On Twitter, Foreign Affairs Secretary Teodoro Locsin Jr. also said: “I admit the pettiness of canceling the visa is disproportionate to the US loss in power projection in the South China Sea. American hegemony will be the first in history to go down from shooting itself in the feet after shooting itself in the mouth.”

Locsin went on to say that the US was not able to help the Philippines in defending the West Philippine Sea from China, particularly the 2012 standoff at Panatag or Scarborough Shoal, in which Washington mediated for both countries to leave simultaneously but Beijing reneged on what should have been a gentleman’s agreement. 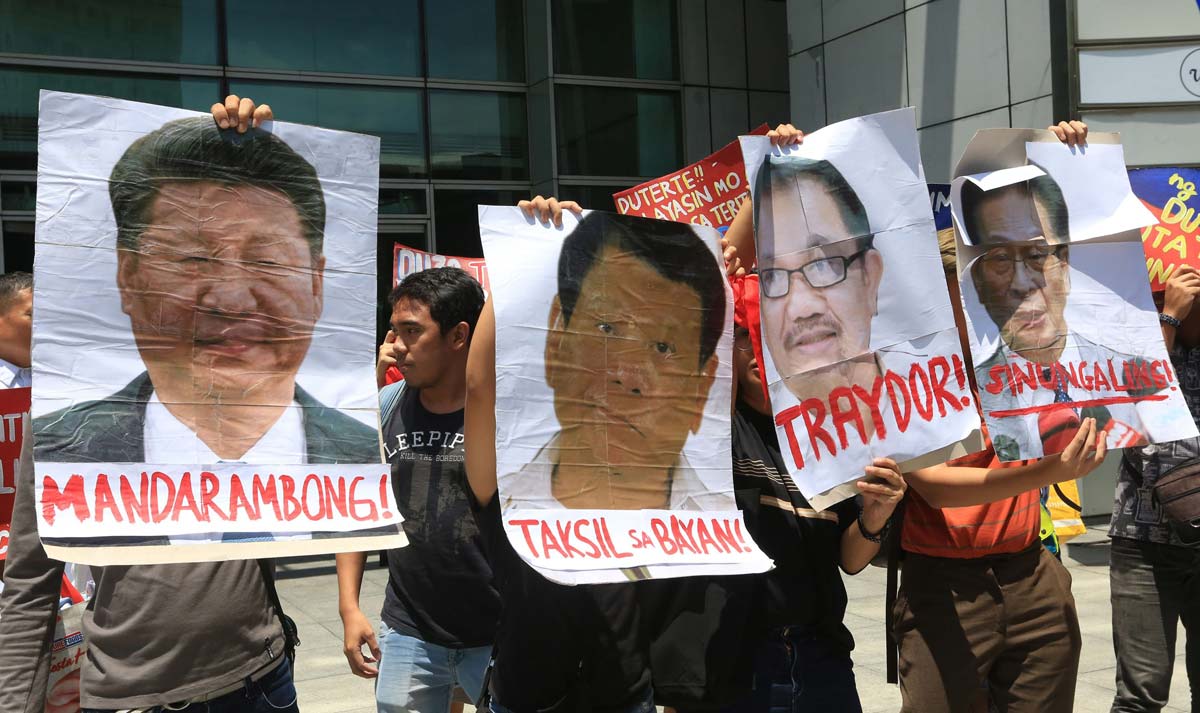 University of the Philippines College of Law professor Andre Palacios, who chairs the Integrated Bar of the Philippines international law committee, said that from a legal standpoint, it is not necessary for Manila to explain itself.

Lawyer Gil Anthony Aquino of the Center for International Law said that generally, under international law, “termination depends on what is provided in the treaty.”

The VFA does not mention any ground at all. It just briefly mentions termination as the way for the agreement to expire. Otherwise, its effectivity is indefinite.

Specifically, Article 9 of the VFA states: “This agreement shall remain in force until the expiration of 180 days from the date on which either party gives the other party notice in writing that it desires to terminate the agreement.”

Article 54 of the Vienna Convention on the Law of Treaties does permit termination of agreements “in conformity with the provisions of the treaty” or “at any time by consent of all the parties after consultation with the other contracting states.”

United Nations commentaries explain that this provision recognizes that “it is always possible for all the parties to agree together to put an end to the treaty.”

However, Palacios stressed that “the Philippine government needs to comply with the Philippine constitutional requirements to terminate a treaty.”

The question of whether the Senate’s consent is necessary to terminate a treaty is another issue the DOJ is considering.

“The power to make and break treaties is a shared constitutional power. It is shared between the President and the legislative branch through the Senate. It is a shared power because treaties have the effect of modifying the application of legislative statutes and modifying substantive rights under Philippine law," Palacios said.

On Saturday, Department of Justice (DOJ) Secretary Menardo Guevarra confirmed that his department is studying whether it is necessary to state any ground for terminating the VFA, and what the legal implications might be.

There was no word on the DOJ’s findings as of last night. Guevarra said Malacañang ordered the department to expand the scope of its study to include a “preliminary impact assessment” of the termination on national security, the environment and foreign relations. The US is a treaty ally of the Philippines.

With the new Palace directive, Guevarra said they might have to include in their comprehensive and in-depth impact assessment the “wisdom of the executive action” of terminating the agreement. 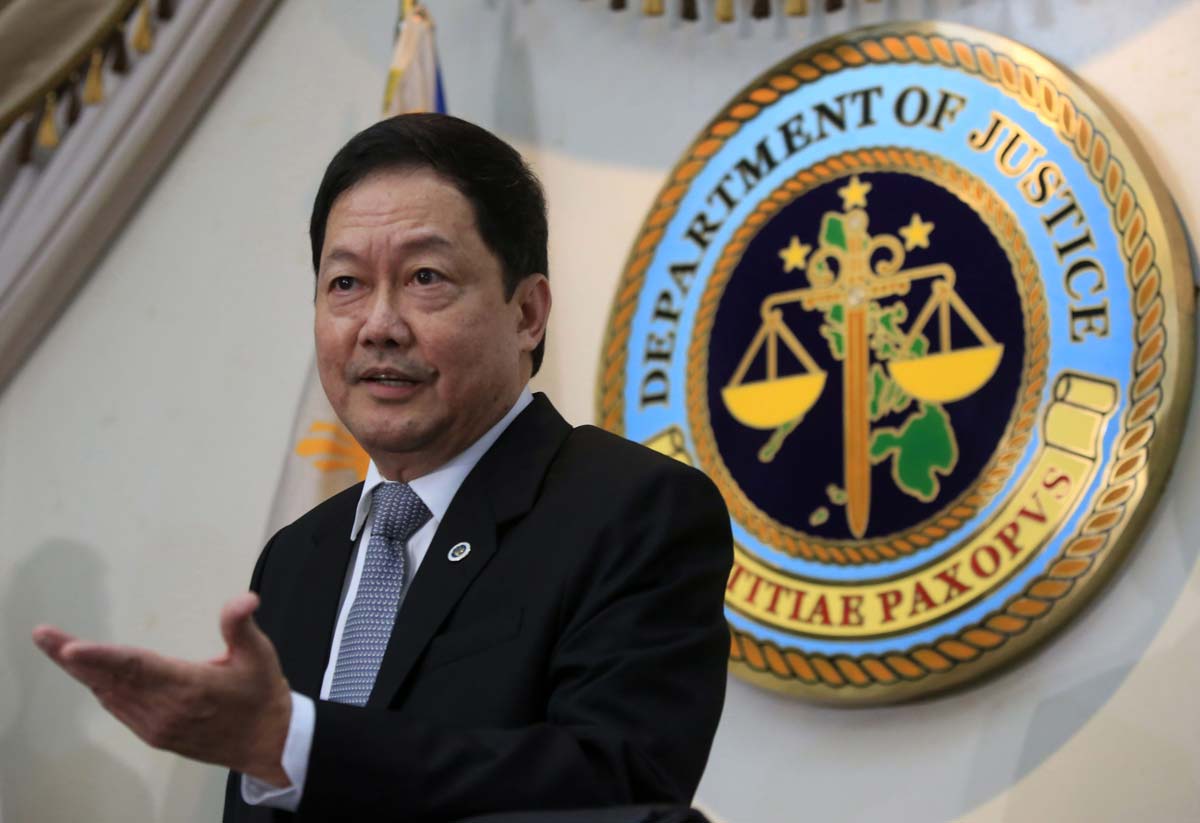 The DOJ was supposed to submit yesterday its memorandum on the process of abrogating the VFA.

“It is my understanding that the President has threatened, but has not given an order, to terminate the VFA. That’s why his office has requested us to study the potential impact of such termination,” the justice secretary added.

He said the implications of the termination on security, economic and environmental aspects would be covered by the more thorough study, as well as the impact of the VFA’s termination on the Enhanced Defense Cooperation Agreement. The EDCA is a supplemental agreement to the VFA.

Guevarra said that while coming out with a study on the legal aspects of the VFA termination would be relatively easy, “the impact assessment would require a more thorough study.”

He could not give a deadline on the completion of the study, saying it would depend on how soon they would be able to convene the Cabinet cluster on justice, security and peace and the VFA Commission for the assessment.

Panelo reiterated yesterday in a briefing at Malacañang that Duterte’s decision to scrap the VFA, a 1998 pact that allows Filipino and American soldiers to hold joint drills in the Philippines, was not made on a whim but impelled by “a series of disrespectful acts” by some American senators.

Dela Rosa, who as Duterte’s first police chief had overseen the bloody war on drugs, has said he would ask the President to let the issue pass. But he stressed that the final decision on the VFA still lies with the President.

Critics have chided Duterte for his readiness to scrap a bilateral defense agreement over a personal slight involving an ally.

But Panelo said the cancellation of Dela Rosa’s visa was merely the final straw.

“It was an accumulation, a series of disrespectful acts by some of the US senators,” Panelo said, adding that the scrapping of the VFA “is a studied response to acts the President deems to be not only an intrusion but an assault on the sovereignty of this country.”

Panelo said the US Senate resolution on the alleged human rights violations in the Philippines was based on “a cycle of lies peddled by the critics and detractors of the President.” 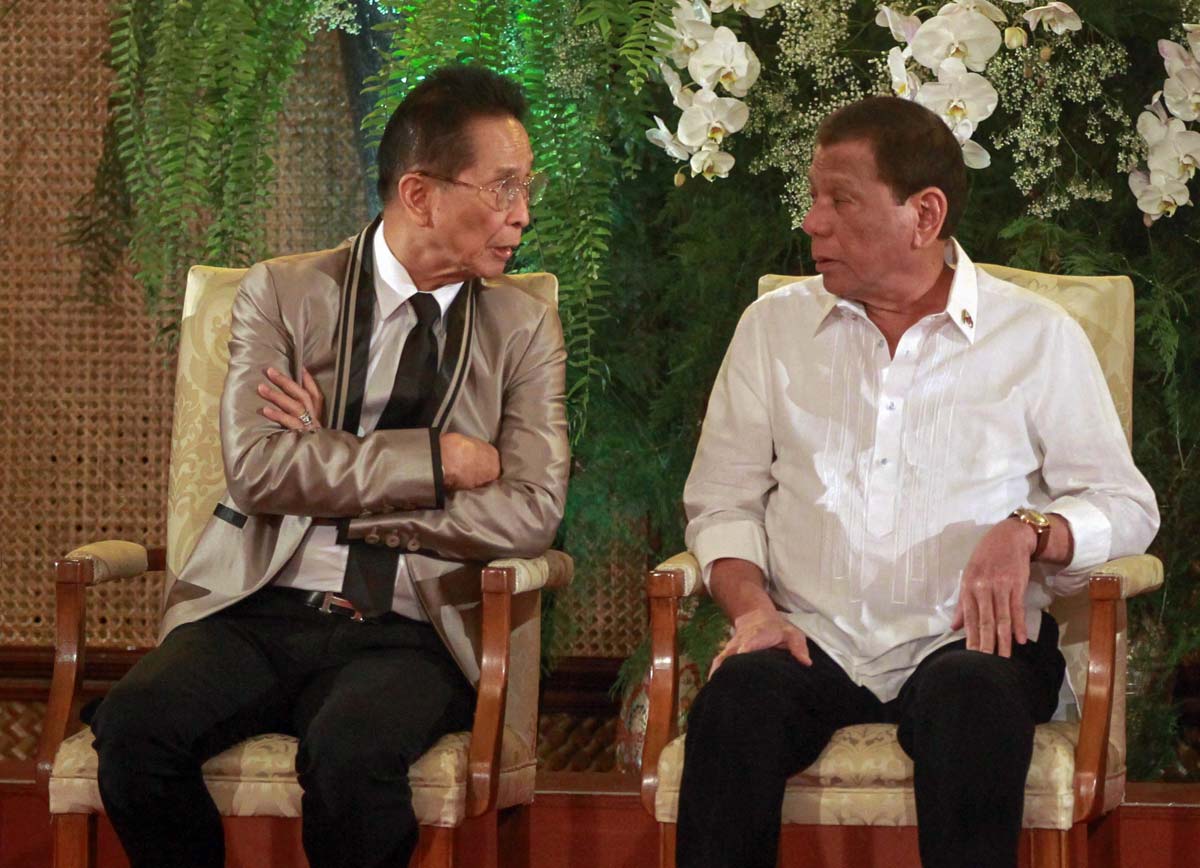 US Senate Resolution No. 142 condemned the Philippine government for the “arrest and detention of human rights defenders and political leaders who exercise their rights to freedom of expression” and called for the immediate release of De Lima.

De Lima was arrested and detained in 2017 on charges that she received payoffs from drug traffickers in the New Bilibid Prison when she was the justice secretary during the Aquino administration. The dirty money, allegedly collected on her behalf by her married driver with whom she admitted having an affair, was supposed to have been used for her Senate campaign in 2016.

She claims that her indictment and detention without bail are part of the “political persecution” of administration critics. The administration has insisted that her prosecution is based on solid legal grounds, and resents interference into the case by foreigners.

Panelo said Duterte regards the American senators’ demand to release de Lima as “an intrusion and an insult to the judiciary system of this country.”

He also described as “disrespect” the introduction of a US national budget amendment that banned Philippine officials behind De Lima’s detention from the US.

Duterte has retaliated by banning from the Philippines the three American senators who introduced or supported the entry ban: Richard Durbin of Illinois, Patrick Leahy of Vermont and Sen. Edward Markey of Massachusetts. – With Alexis Romero