Health and safety protocols that were violated involved those on mass gatherings, physical distancing and wearing of face masks, according to the Department of Health. 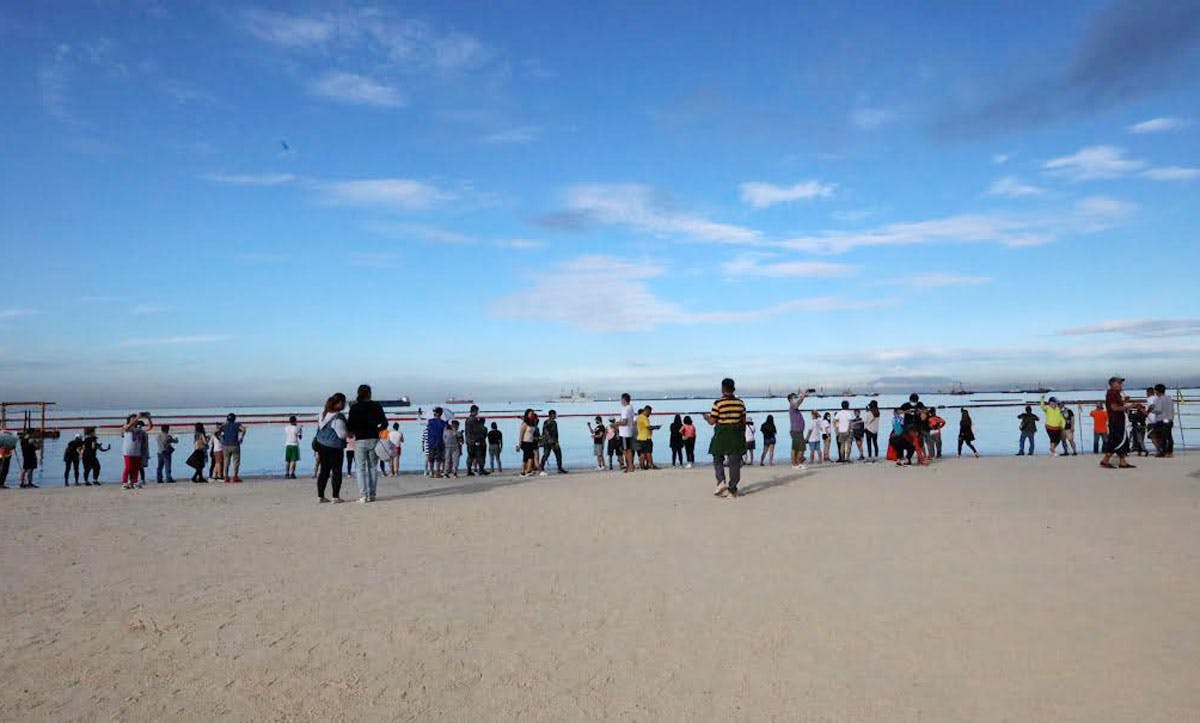 People flock to the ‘white beach’ along a portion of Manila Bay on Sept. 20, 2020. Photo by Edd Gumban, The Philippine STAR

The Department of Health (DOH) assailed a group of doctors and concerned citizens who were behind the “Flatten the Fear” event last week for violating several health protocols against coronavirus disease 2019 (COVID-19).

In a press conference on Monday, Sept. 21, Health Undersecretary Maria Rosario Vergeire pointed out that health and safety protocols were not strictly followed by those who attended the launch and media briefing of the Concerned Doctors and Citizens of the Philippines (CDCph) led by former DOH secretary Jaime Galvez-Tan.

“We were able to relay this matter to the Department of [the] Interior and Local Government and they are now investigating. If they find evidence, then necessary sanctions will be meted,” Vergeire said.

According to Vergeire, the health and safety protocols that were violated involved those on mass gatherings, physical distancing and wearing of face masks.

The other violation is the promotion of the use of hydroxychloroquine as a prophylaxis or preventive medication for COVID-19. The drug, used for the treatment of malaria, lupus, rheumatoid arthritis and a rare skin disorder, has been linked to heart rhythm problems when used against COVID-19.

“This can cause harmful effects to our countrymen. Do not just recommend any drug as COVID-19 treatment until there is enough scientific evidence,” Vergeire stressed.

Earlier, the World Health Organization had removed hydroxychloroquine on the list of drugs included in the ongoing solidarity trial for treatment against COVID-19.

Last week, the CDCph called for the immediate lifting of lockdowns imposed across the country and asked President Duterte to instead promote prevention and early treatment of the disease.

The DOH said it acknowledged the importance of reopening the economy, but this must be approached with caution. 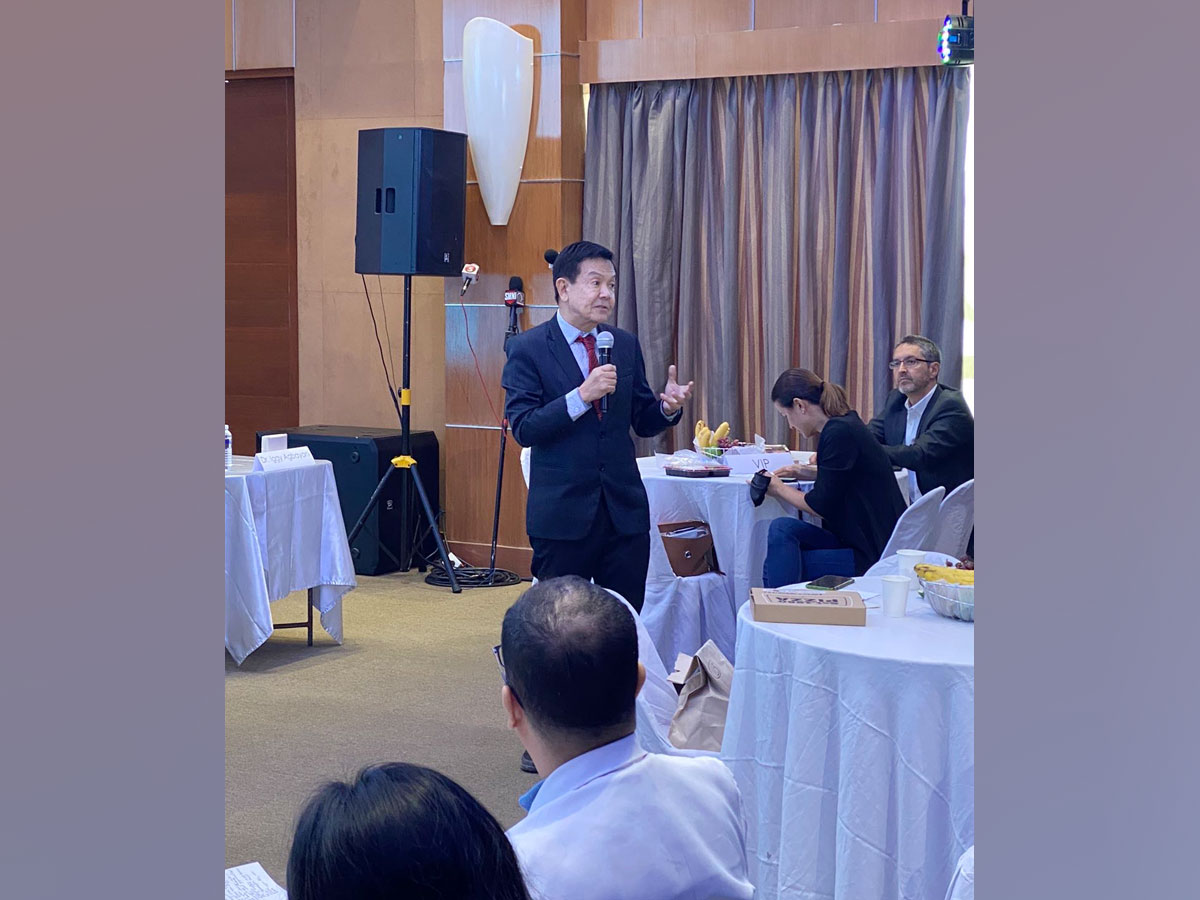 “We all want lockdowns to end to spur the economy, but it is equally important to ensure that everyone is safe, not just from COVID-19 but from other causes,” the DOH added.

The DOH noted that it is “essential that we approach these experimental treatments with caution and to make sure that it is approved for use.”

“Slowly but surely. If we hurry, we run the risk of losing what progress we have made, endangering the lives of people and overburdening the healthcare system. If these things happen, we will again be put into tighter lockdowns and go through the process again,” the DOH cautioned.

It also pointed out that the country has already made “progress” in its battle against COVID-19 and underscored the need to approach the pandemic with “caution and care.”

“We urge the stakeholders of the government to address the livelihood concerns of our fellow countrymen with the lives and safety of others as their primary consideration,” the DOH said. 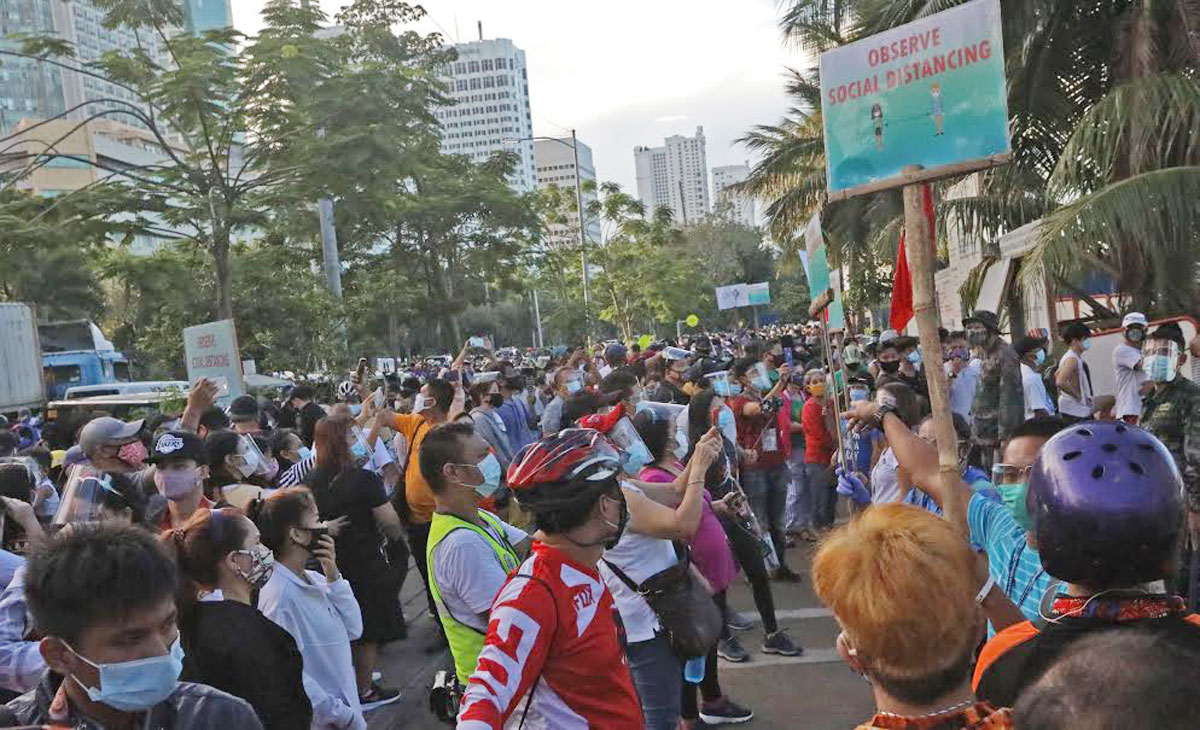 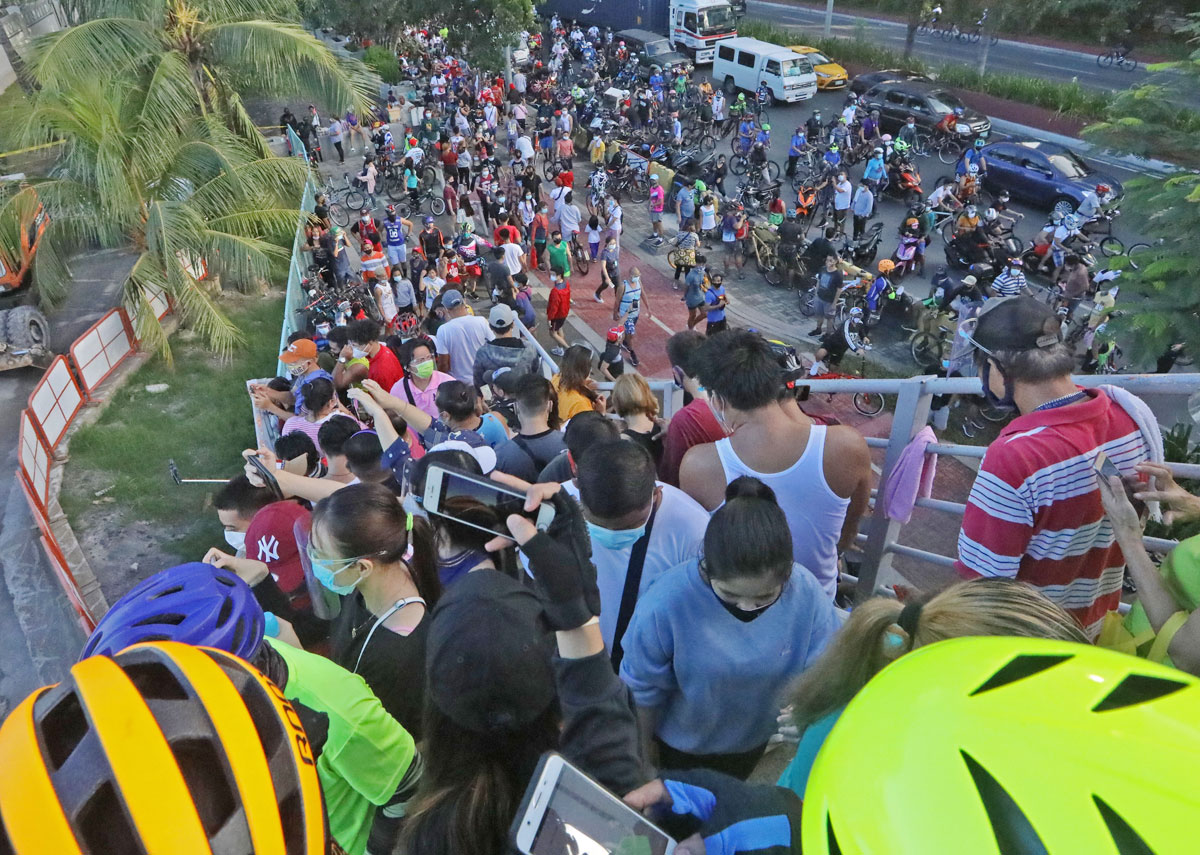 Malacañang also reminded authorities on Monday to enforce physical distancing in Manila Bay to prevent the spread of COVID-19.

Interior and Local Government Secretary said Ermita police chief Lt. Col. Ariel Caramoan was relieved from his post for failing to implement health safety protocols on Sunday, Sept. 20, a day after the “white beach” along a portion of Manila Bay was opened by government officials led by Department of Environment and Natural Resources (DENR) Secretary Roy Cimatu.

Physical distancing was not observed as people flocked to the area to see the controversial “beach nourishment” project.

“We understand that because it showed that the DENR and the City of Manila made the right decision to improve Manila Bay. We are just appealing to the people: the surest way to catch COVID is not to observe social distancing,” presidential spokesman Harry Roque said in a press briefing in Cagayan de Oro City. “We are asking the police to enforce social distancing.”

Roque noted the 7,000-square-meter white beach could accommodate 50 people at one time. He said each group of visitors should stay in the area for only five minutes.

Vergeire also expressed concern over the crowds that thronged the beach over the weekend, violating several health protocols.

She said the DOH had communicated its concern to the DILG and immediate actions were taken.

“This is a very worrisome situation because we all know that we have not eliminated the virus.  If there is an impressive project like this, we still have to enforce the minimum health standards,” Vergeire declared.

Otherwise, such a situation may lead to widespread transmission of the virus, she warned.