The coronavirus disease 2019 outbreak exacerbates social inequalities, and actions from the government should aim to reduce or eliminate these, according to Amnesty International Philippines. 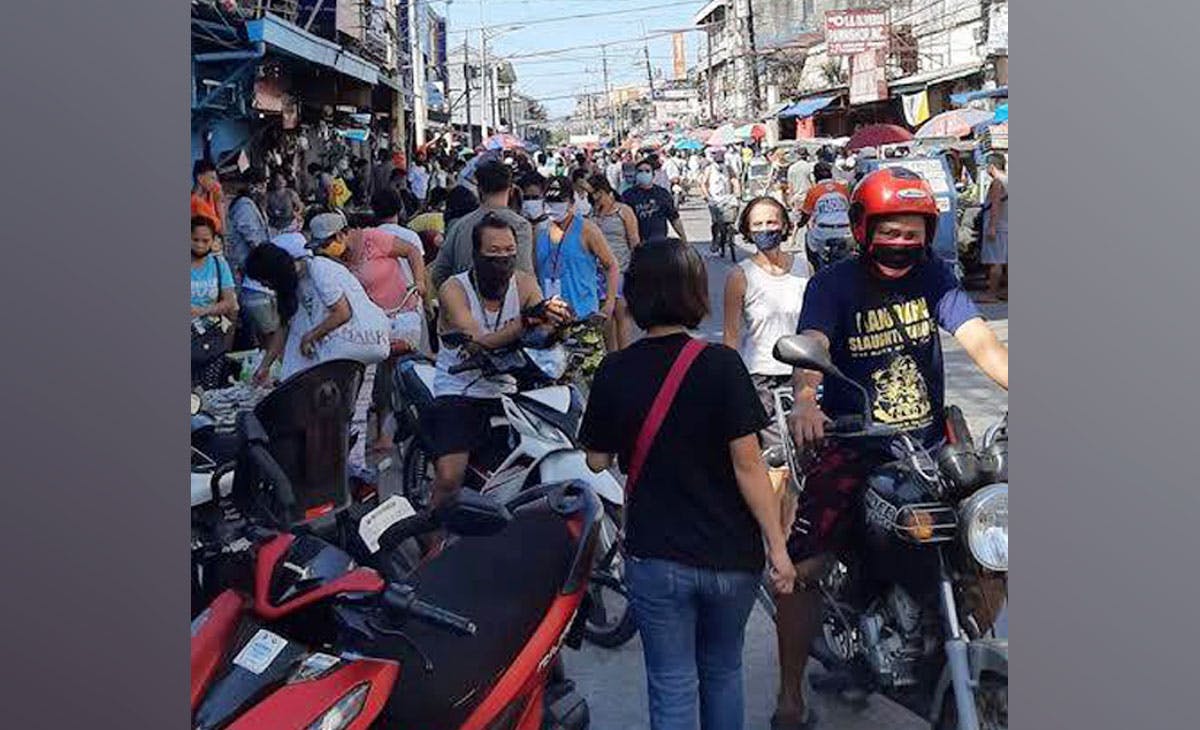 Caloocan City residents flock to ‘talipapa’ or community markets during the limited time allowed under enhanced community quarantine in Luzon, which requires physical distancing among people to prevent the spread of coronavirus disease 2019. Photo by Rey Galupo, The Phlippine STAR

Human rights advocates have called on the administration to respect civil rights in addressing the coronavirus disease 2019 (COVID-19) pandemic after the two houses of Congress rushed to approve a law granting special powers to President Duterte.

The President signed the “Bayanihan to Heal as One Act” early Wednesday morning, March 25, which grants the executive more flexibility to re-allocate resources to respond to the public health crisis as well as fund measures to address its economic impact.

The law allows the government to give 18.5 million low-income families P5,000 to P8,000 each in emergency cash aid, depending on the prevailing minimum wage in the region, during the monthlong enhanced community quarantine imposed throughout  Luzon, which could be extended after lawmakers authorized the President to exercise the extra powers for a minimum of two months.

The House of Representatives agreed to adopt the Senate’s version of the bill – a move that allowed lawmakers to do away with the convening of a bicameral conference committee and to directly transmit the measure to Duterte for his signature.

Under the law, the President is authorized to fast-track and streamline the accreditation of testing kits and to “direct” the operation of private hospitals, medical and health facilities, and passenger vessels and turn them into accommodations for health workers, quarantine areas, or aid distribution centers.

The law also permits the President to be exempted from the procurement law if he buys supplies needed to combat COVID-19; liberalize the grant of incentives for the manufacture or importation of needed supplies or equipment; require businesses to prioritize and accept contracts, subject to fair and reasonable terms, needed to strengthen the measures against the disease; ensure that the productive sectors of the economy get access to credit; prioritize the allocation and distribution of medical supplies to hospitals, public and private laboratories and health facilities that can test and care for suspected COVID-19 patients; and regulate and limit the operation of all types of transportation. The bill also provides P100,000 compensation to public and private health workers who contract severe COVID-19 infection.

Duterte thanked Congress for passing a law that would give him additional powers. He urged officials to set aside their differences as the nation faces a “common enemy.”

Duterte said the “Bayanihan to Heal As One Act” would allow the executive branch to “move, decide and act freely for the best interest of the Filipino people during this health crisis.”

As of Wednesday, March 25, the Department of Health (DOH) reported that the confirmed COVID-19 cases in the Philippines had reached 636. 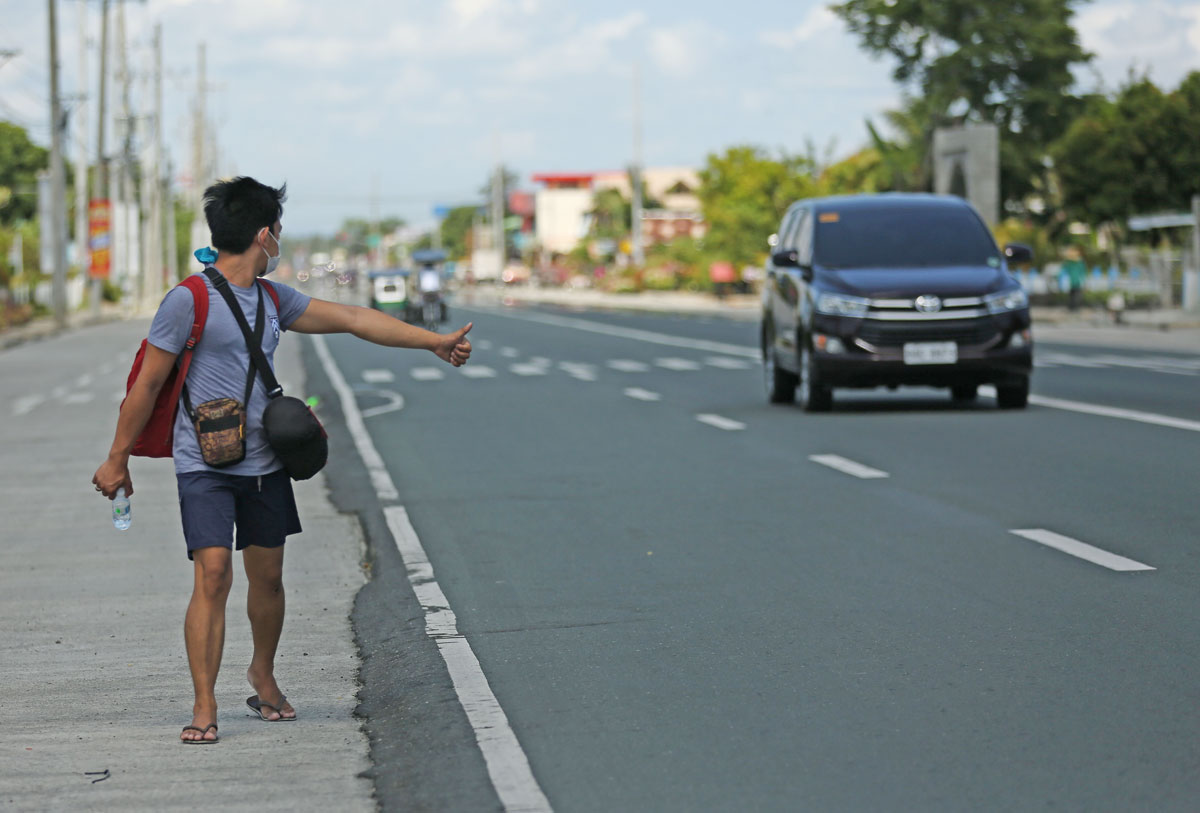 Amnesty International has expressed concern over possible human rights violations after the passage of the law that would concentrate power on the Pesident to curb the disease, declared a pandemic by the World Health Organization (WHO) as more than 350,000 people worldwide have been infected.

“We call on the Philippine government to ensure that all responses to the COVID-19 outbreak are in compliance with international human rights laws and standards, and that the specific human rights risks associated with any particular response are addressed and mitigated,” Butch Olano, director of Amnesty International Philippines, said.

“The response of the Philippine government to the COVID-19 outbreak must be rights-based, centering on community solidarity and respect for human dignity. The COVID-19 outbreak exacerbates social inequalities; actions from the government should aim to reduce or eliminate these inequalities, including to ensure access to necessary healthcare and preventative goods and services especially of people living in poverty and those from other marginalized sectors,” Olano added.

Administration officials have reassured the public that the use of special powers would not be abused and civil liberties would be respected.

Amnesty International also called for transparency in information, not only about the nature and level of threat posed by the coronavirus to public health, but on all efforts by the government, particularly the scope and exercise of special or emergency powers.

Other groups expressed alarm over the last-minute insertion of a provision punishing the spread of “false information” in the law granting Duterte special powers, saying it may be abused and weaponized to silence criticism of the government’s response to the COVID-19 pandemic.

Section 6(6) of Republic Act No. 11469, or the “Bayanihan to Heal as One Act,” imposes a penalty of two months’ imprisonment or a fine of P10,000 to P1 million on “individuals or groups creating, perpetrating or spreading false information regarding the COVID-19 crisis on social media and other platforms.”

Lyceum of the Philippines University College of Law lecturer Romel Bagares earlier told The Philippine STAR that the penal provision was overbroad and lacking in definition, giving law enforcers “too much discretion” and putting free speech in danger of being “lumped along with speech that spreads false information.”

Following Duterte’s signing of the law, Human Rights Watch (HRW) raised concern over how it could “easily be misused by Philippine authorities to crack down on online criticism of government efforts.”

“Given the Duterte administration’s well-documented hostility towards freedom of the press and online critics, this law could be used to criminalize any online information the government dislikes,” Phil Robertson, the group’s deputy Asia director, said in a statement.

Another human rights group, Karapatan said this was one of the “unbridled and general rule-making” powers granted to Duterte by the bill. It expressed distrust of “a President with the propensity to lie, a government that actively engages in and is dependent on disinformation and deception.”

“This power will not be used to penalize the Duterte regime’s own army of paid trolls and propagandists. This sets a pretext for a Marcosian crackdown on free speech, as we anticipate that this power will be used to silence critics of the administration’s militarist response to the COVID-19,” the group said in a statement.

For the group, Duterte is “using the COVID-19 pandemic as an excuse to railroad more draconian measures.”

Gabriela Women’s Party Rep. Arlene Brosas, one of only nine representatives who opposed the measure in the House of Representatives, noted that “criticisms on the government’s mishandling of the COVID-19 crisis are blowing up in several online platforms.”

“Nakakaalarma ito dahil posibleng gamitin ang kapangyarihang ito para arestuhin ang sinumang magpahayag ng kritisismo sa COVID response ng gobyerno, gayong karapatan ito ng bawat mamamayan (This is alarming because this power can be used to arrest anyone who expresses criticism of the government’s COVID-19 response, even as this is the right of every citizen),” Brosas said. 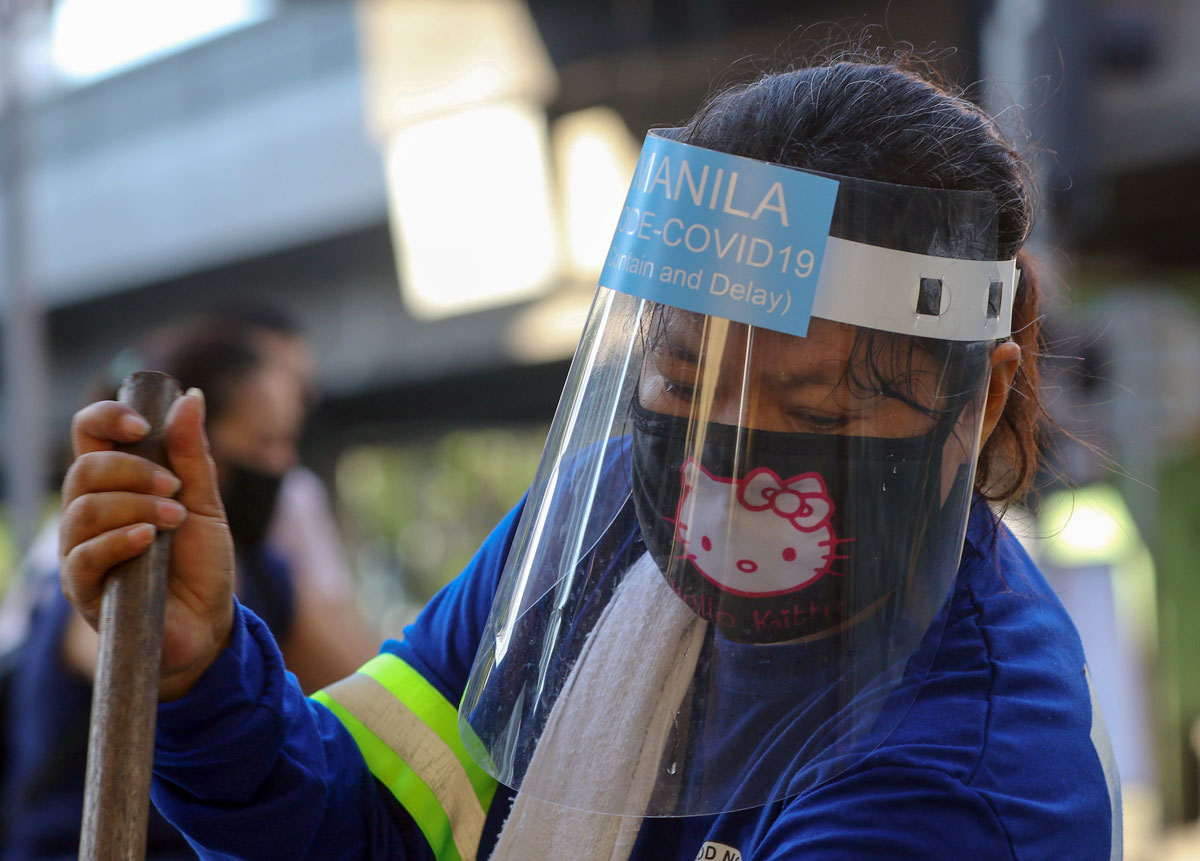 HRW reminded the government of the Philippines’ international obligations to protect the right to freedom of epxression “including the right to seek, receive, and impart information of all kinds.”

“Permissible restrictions on freedom of expression for reasons of public health may not put in jeopardy the right itself,” Robertson said.

The group also stressed the government’s responsibility to provide information necessary for protecting and promoting rights, including the right to health.

Likewise, Karapatan suggested that to counter fake news, the government “should be more transparent before the public and must answer truthfully and prudently the public’s inquiries.”

“It should hold itself accountable when its own officials make false and wildly outrageous public statements. It should give the public a detailed, comprehensive, rights-based, mass-oriented, and scientific plan to combat the COVID-19 pandemic as a public health crisis along with its socio-economic impact on the people, especially the marginalized,” Karapatan said.

In recent days, the Duterte administration and its allies have not just lambasted unfounded rumors and hoaxes, but also described unfavorable news reports as “fake news.”

Senate President Vicente Sotto III used this term to label reports on Sunday (March 22) that the draft bill sought to grant “emergency powers” to Duterte, even as the bill invoked such powers granted under Article 6, Section 23(2) of the 1987 Constitution. The approved law ended up avoiding the explicit mention of the term.

Even presidential spokesperson Salvador Panelo was cited as wrongfully attributing the decline of new COVID-19 cases in South Korea to its imposition of a “total lockdown.” No such measure had been imposed at the time of Panelo’s briefing on March 16.

Prior to the enactment of the Bayanihan to Heal as One Act, the National Bureau of Investigation ordered its Cybercrime Division, Digital Forensic Division and Regional Operations Service to trace the source of fake news, following hoax posts about looting in certain areas.

Ahead of the national government, a few local government units have already passed ordinances to punish fake news.

As early as Feb. 10, the Cebu provincial board swiftly approved an ordinance punishing the act with imprisonment of up to one year or a fine of up to P5,000, after Gov. Gwendolyn Garcia certified the measure as urgent.

On March 14, Ilocos Norte Gov. Matthew Marcos Manotoc issued Executive Order No. 60-20, which placed the province under community quarantine. Through the order, Manotoc, a grandson of dictator Ferdinand Marcos, “strictly prohibited” the sharing of unconfirmed reports and mandated that “only valid and verified information shall be published and shared.” – With Alexis Romero