President Duterte asked Congress for many powers to deal with the coronavirus disease 2019 crisis, but a lawyer warned these should not affect human rights. 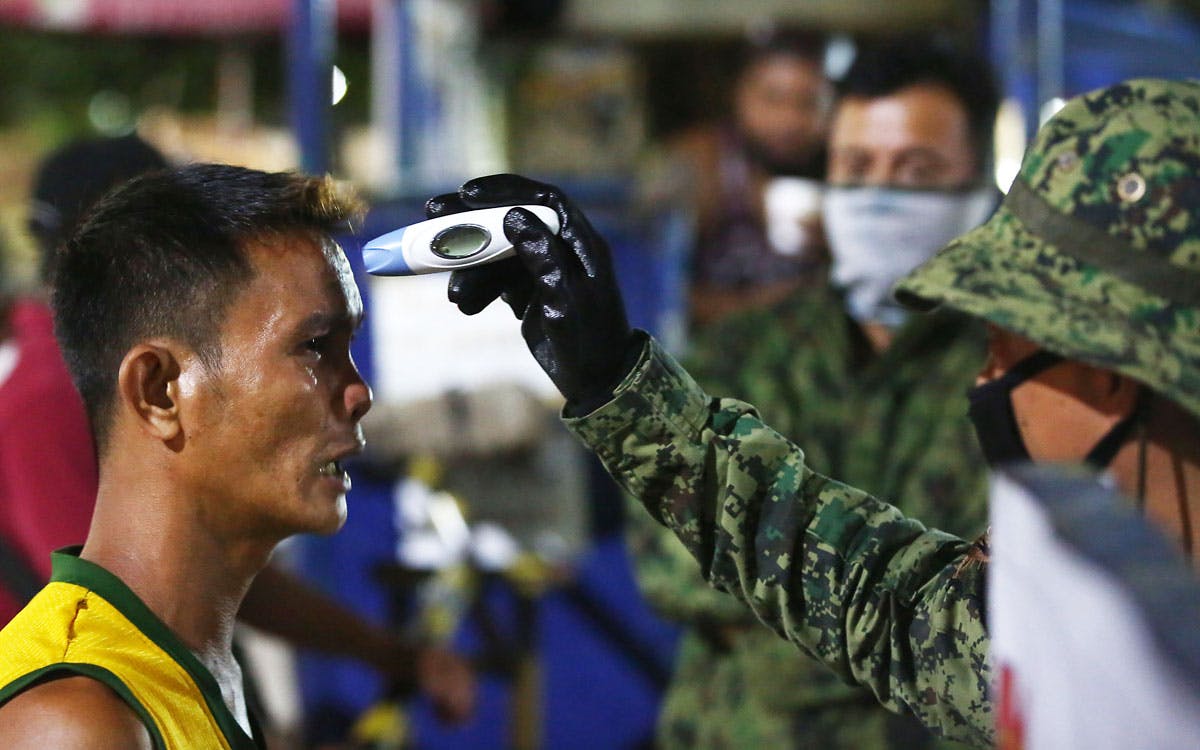 A man arrested by law enforcers for violating curfew in Quezon City reacts as his body temperature is being checked by a policeman on Monday, March 23, 2020. Curfews were imposed by local government units in line with the enhanced community quarantine being implemented in the entire Luzon to prevent the spread of coronavirus disease 2019. Photo by Miguel de Guzman, The Philippine STAR

The Philippines may now experience what it’s like to live under the rule of a president who wields sweeping “emergency powers” to an extent never seen in the post-Marcos era.

The only time such powers were granted in recent history was during the aftermath of the nine-day long coup d’etat attempt in December 1989, in which the Reform the Armed Forces Movement and soldiers loyal to the late dictator Ferdinand Marcos almost toppled the government of then president Corazon Aquino.

On Monday, March 23, Congress approved a bill placing the entire country under a “state of national emergency” as it grapples with the coronavirus disease 2019 (COVID-19) pandemic. President Duterte asked for some of the powers that were granted to Aquino.

But unique to Duterte’s request were the controversial provisions empowering him to realign “any appropriations” from all branches of the government, allocate the assets of any government corporation or agency and cancel projects to divert their budgets “for whatever purpose the President may deem necessary and desirable.”

The constitutionality of such powers may likely be questioned. Even before the bill was passed, the Concerned Lawyers for Civil Liberties said granting Duterte such unbridled power over the budget would violate Article 6, Section 25(5) of the 1987 Constitution.

The President’s powers under the Constitution

It is important to explain first what emergency powers are.

Article 6, Section 23(2) provides: “In times of war or other national emergency, the Congress may, by law, authorize the President, for a limited period and subject to such restrictions as it may prescribe, to exercise powers necessary and proper to carry out a declared national policy.”

La Viña said that, in effect, Duterte was asking for Congress to turn over some of its powers – especially that of the purse – and “Congress is allowed to do that in a limited way.”

Meanwhile, Sections 17 and 18 of Article 11 provide for two other powers allowing the state to “temporarily take over or direct the operation of any privately owned public utility or business affected with public interest” and “establish and operate vital industries.”

La Viña said Duterte may invoke the COVID-19 pandemic to gain the emergency powers because “the Constitution does not specifically say” what constitutes a “national emergency.”

“The Constitution is very general. I think that these provisions, subject to safeguards, might be necessary. From what we see, it's akin to war right now na wala kang kalaban (where you have no enemy),” he told The Philippine STAR in a phone interview. “From that point of view, legally speaking there's enough leeway.”

However, La Viña said this measure should not be used to affect any human rights “except property rights.” Even then, the expropriation or takeover of private facilities requires the government to pay just compensation to those affected.

As an aside, it may be noted that Department of the Interior and Local Government Undersecretary Martin Diño said on Saturday: “Ang karapatang pantao ay nawawala pagdating ng state of emergency (Human rights are gone during a state of emergency).” 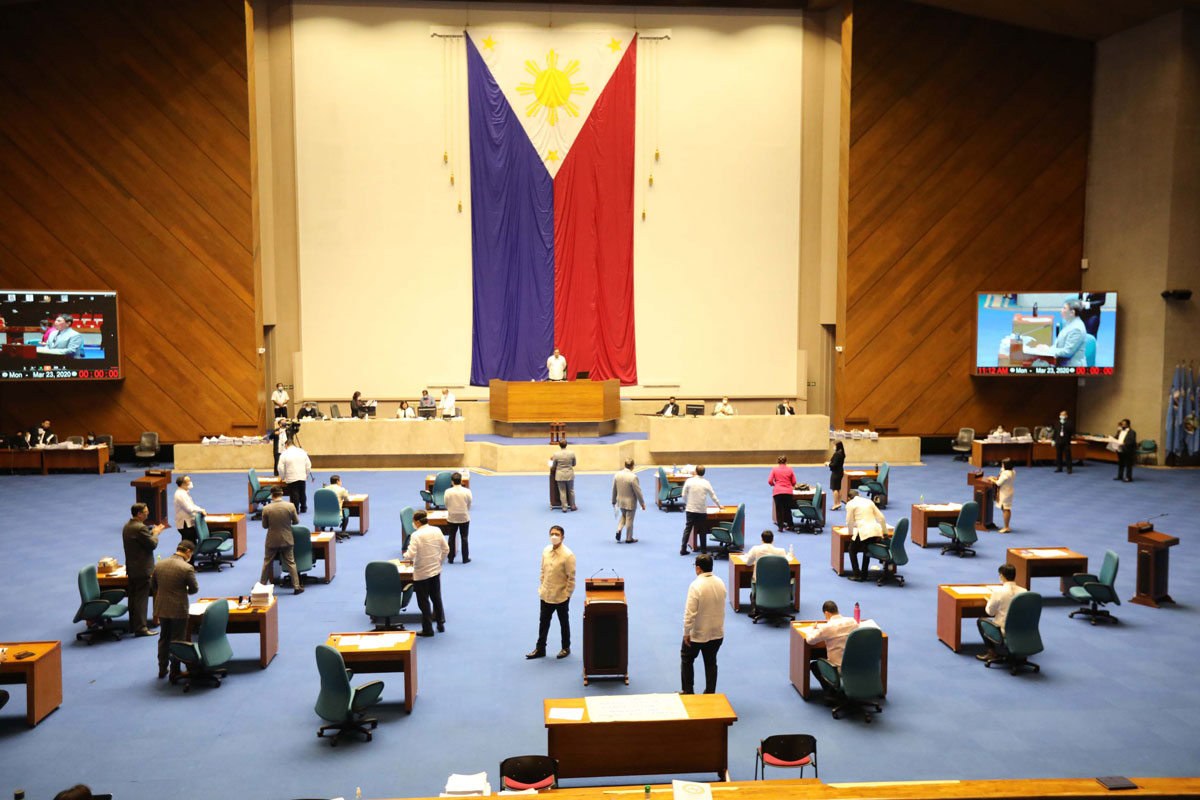 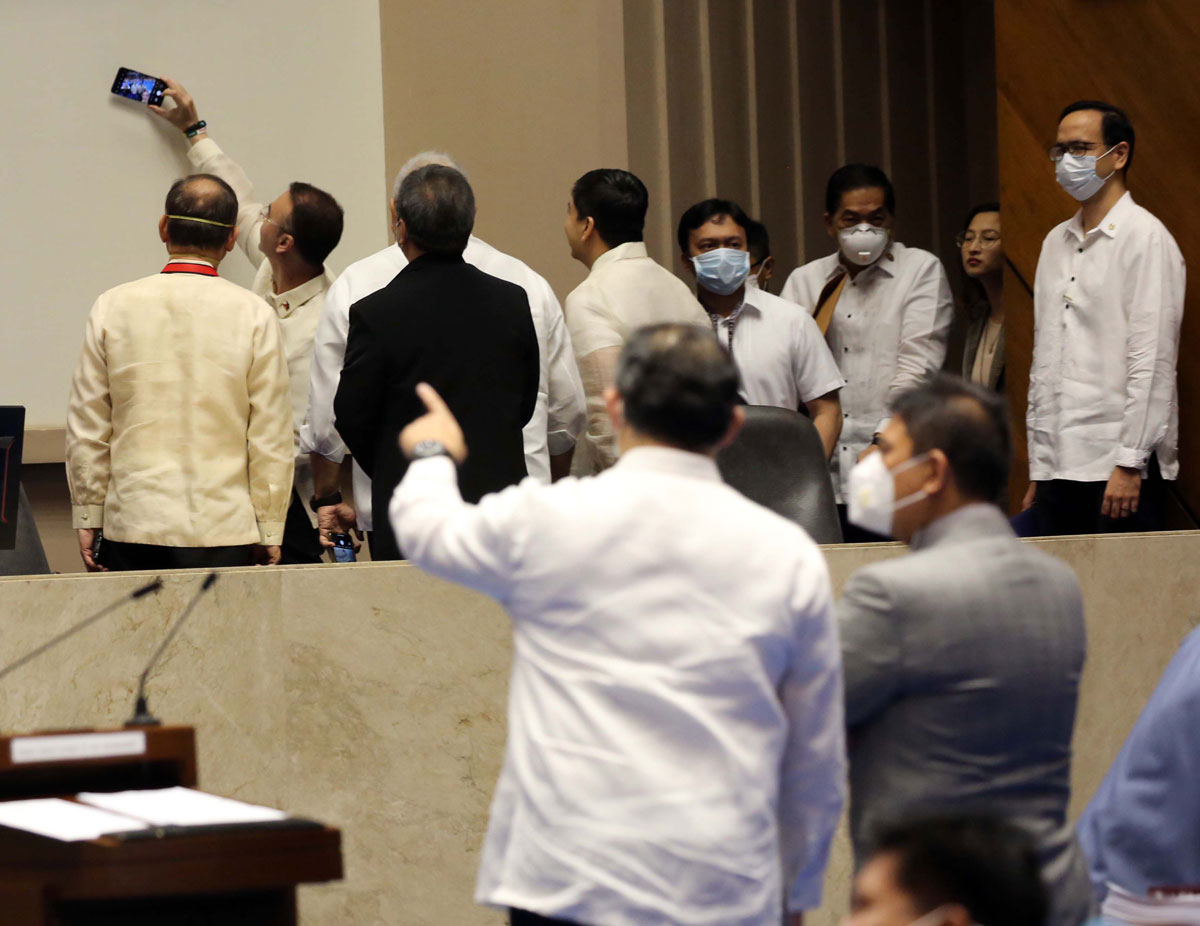 Not the same ‘state of national emergency’

The country is still under “state of national emergency” as declared by Duterte through Proclamation No. 55 on Sept. 4, 2016.

This came days after 15 soldiers died in a skirmish with the Abu Sayyaf Group in Sulu and the at least 14 were killed in the bombing of a Davao City night market. Even when martial law in Mindanao lapsed at the end of last year, Armed Forces of the Philippines spokesperson Brig. Gen. Edgard Arevalo said Proclamation No. 55 remained in effect.

La Viña said that while the 2016 proclamation used the term “state of national emergency,” it referred to Duterte’s assumption of a different power under Article 7, Section 18 of the Constitution — the power to “call out” the Armed Forces to suppress lawless violence. The proposed emergency powers to address COVID-19 are different.

The first president to be granted emergency powers was Manuel Quezon, when the National Assembly allowed him to constitute a government-in-exile to maintain Philippine sovereignty after the Japanese invaded during the Second World War in 1941.

Quezon’s emergency powers as president of the Commonwealth under Commonwealth Act No. 671 were much more different and concerned the structure and the survival of the very government itself. These were the powers to:

Quezon, it may be noted, was governing under the 1935 Constitution. Aquino, on the other hand, was the first president under the 1987 Constitution. Some of the powers granted to her under Republic Act No. 6826 were to:

With the exception of the law enforcement-related powers, Duterte requested practically the same powers. More specifically, he wanted to “direct the operation” of any privately-owned hospitals and health facilities, hotels and establishments to house health workers and quarantine patients, and public transportation to ferry frontliners.

Here is the list of provisions unique to the Duterte administration’s emergency powers proposal:

The effectivity of the bill is poised to be indefinite. It would be “in full force and effect only for two months or longer if the calamity will persist, as may be determined by the President,” although it may be “withdrawn sooner by means of a concurrent resolution of Congress or ended by Presidential Proclamation.” Congress is dominated by Duterte allies.

It should be noted, however, that Section 23(2) of the 1987 Constitution provides for a clear end for such powers on June 23, 2022 at the latest. “Unless sooner withdrawn by resolution of the Congress, such powers shall cease upon the next adjournment thereof,” the provision states. 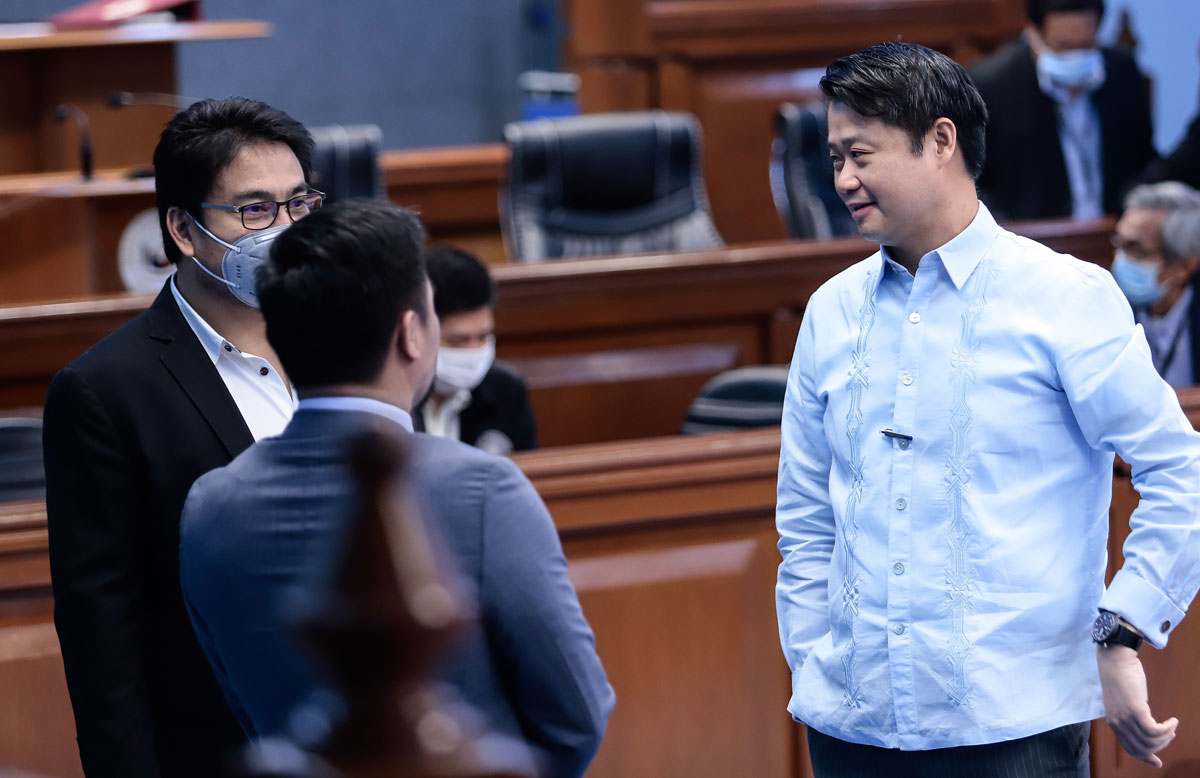 What the Supreme Court said about emergency powers

The Supreme Court in the past frowned upon the unnecessary resort to emergency powers and stressed the need to avoid concentrating power in the hands of one man. In its Feb. 2, 1953 decision in the case of Rodriguez versus Gella, the SC declared null and void the executive orders issued by president Manuel Roxas by invoking the emergency powers granted to Quezon.

The SC said emergency powers should not be used for such a long time — years after the war with Japan was over. It noted that the framers of the Constitution “had the vision of and were careful in allowing delegation of legislative powers to the President for a limited period ‘in times of war or other national emergency.’”

“Much as it is imperative in some cases to have prompt official action, deadlocks in and slowness of democratic processes must be preferred to concentration of powers in any one man or group of men for obvious reasons,” read the decision penned by the chief justice Ricardo Paras, Jr.

It added: “Emergency in itself cannot and should not create power. In our democracy the hope and survival of the nation lie in the wisdom and unselfish patriotism of all officials and in their faithful adherence to the Constitution.”