US Navy Eyes Return To Subic Bay In A Commercial Deal 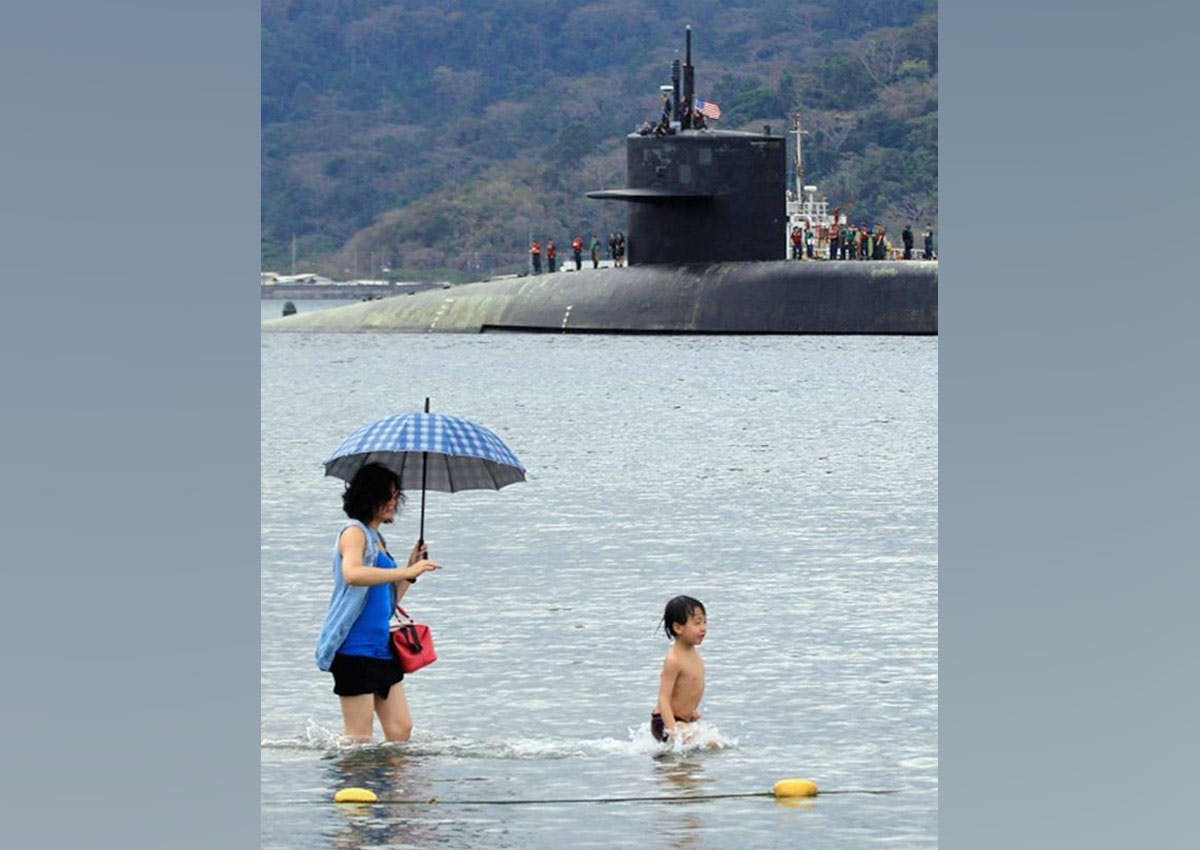 The US nuclear-powered submarine Michigan docked at Subic Bay in Olongapo City on March 25, 2014. The Michigan, one of the largest submarines in the world, arrived with more than 150 crew members to conduct humanitarian projects in nearby communities as well as for rest and recreation. Photo by EPA

The United States Navy is planning to return to its former base in the Philippines under a commercial deal, the Philippine Navy chief said on Sunday, May 10, after an American equity firm and an Australian shipbuilder expressed keen interest in taking over the Subic shipyard from a bankrupt South Korean company.

Vice Admiral Giovanni Bacordo said the two companies are in the final stages of negotiations with the Philippine government and several banks to take over the operations of Hanjin. The companies reportedly intend to invest about $2 billion and employ the shipyard’s over 30,000 skilled and experienced Filipino workforce.

Australian shipbuilder Austal Ltd has won a contract to deliver six offshore patrol vessels for the Philippines Navy while US private equity Cerberus will operate the other half of Hanjin’s facility for ship repair.

“I was told the companies were about to complete due diligence and final negotiations before the outbreak of the coronavirus, which could delay the process,” Bacordo said.

The Philippine Navy chief said it could take more than a year before the shipyard could become operational under the new owners because the facilities would be repurposed from producing huge civilian supertankers to warships.

Bacordo said Cerberus is the mother company of Dyna Corporation, a large private contractor of the US Navy, servicing US warships and building facilities at naval bases.

“There is a possibility the US Navy will move back its ship repair facility to its old home in Subic if the deal goes through,” he said, adding that Subic offers an ideal strategic location with cheaper and skilled labor.

“Many of the workers in Hanjin had also worked in the US Navy base. Subic has one of the best port facilities in the world, with deep and secure harbors,” Bacordo noted.

He said both the American and Australian companies would like the Philippine Navy to set up a naval base in Subic. “We will have about 100 hectares to develop as a naval facility for ship repair,” he said.

The two companies, Bacordo said, are also interested in two small islands in Subic that Chinese companies had earlier planned to lease and convert into tourism areas.

The Chinese companies had signed agreements in April 2019 during President Duterte’s visit to China for the lease of three islands in the Philippines, but this was blocked by the Navy.

“We prefer close allies to take over Subic,” Bacordo said, explaining that the Navy opposed the Chinese companies’ plan because of its implications on national security.

A Chinese company has also expressed interest in taking over Subic, fierce lobbying by Washington reportedly blocked this.

Hanjin, a unit of South Korean giant Hanjin Heavy Industries and Construction, used to operate the shipyard in the former US naval base in Subic Bay.

But Hanjin defaulted on $1.3 billion in loans last year. The bulk of the loan, about $900 million, is owed to South Korean banks and the rest to five local banks.

Even before the American and Australian companies expressed interest in Hanjin’s shipyard, US Navy ships have been making port calls in Subic, including massive aircraft carriers and nuclear-powered attack submarines.

Investors have expressed concern after the Philippines revoked the Visiting Forces Agreement (VFA), a key military accord allowing US military presence in the country for exercises and training.

But Philippine officials have assured Australian and American investors that the commercial deal would not be affected by the scrapping of the VFA.

Subic Bay was one of the largest US naval facilities in the world before it was shut down in 1992 after the Philippine Senate terminated the bases agreement with Washington.

The Philippines converted the facility, which was never home to the Philippine military, into an economic zone. 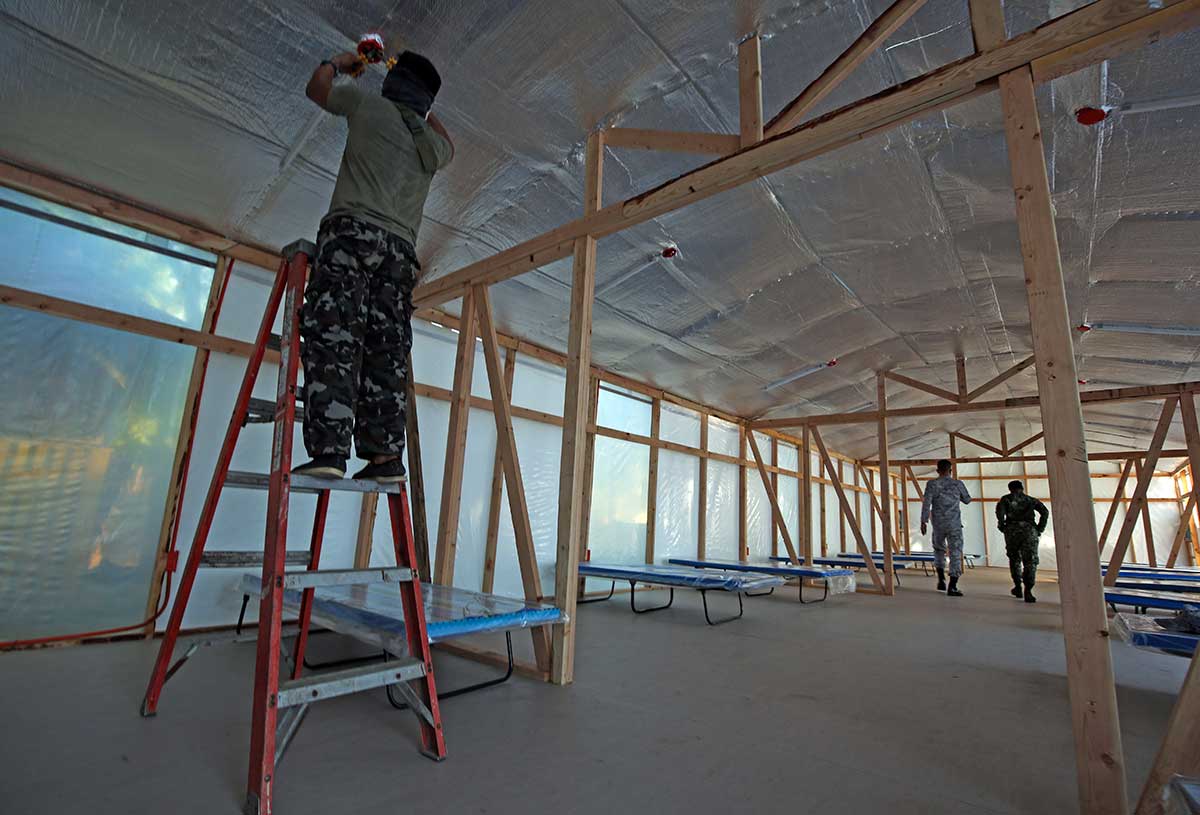 Washington has also approved the possible sale of Bell and Boeing attack helicopters to Manila, its long-time security ally and former colony, despite soured relations due to the scrapping of the two-decade-old VFA.

In a statement, the Defense Security Cooperation Agency (DSCA) said it had notified the US Congress after the US State Department gave its go-signal for the sale of six Boeing Apache AH-64E and six Bell AH-1Z Viper attack helicopters worth close to $2 billion (P100 billion).

“This proposed sale will support the foreign policy and national security of the United States by helping to improve the security of a friendly country that continues to be an important force for political stability, peace, and economic progress in Southeast Asia,” DSCA said in a statement. “The proposed sale of this equipment will not alter the basic military balance in the region.”

The Philippines has allocated P300 billion to upgrade its military capability to catch up with its Southeast Asian neighbors and protect its national interests, particularly in the disputed South China Sea.

But the deal with Turkey hit a snag last year as it could not guarantee to deliver certain US-made components for the T129 ATAK helicopter after Washington slapped sanctions on Ankara when it decided to acquire Russian missiles.

Sources at the defense department said the PAF chose the Turkish helicopter over the American and Russian Hind and Havoc, respectively, due to high costs and interoperability of the equipment.

The T129 ATAK is not only much cheaper but its US components would make it compatible with US-made helicopters, which the Philippine military is familiar with.

Recently, US defense manufacturers amended their proposals, making both Apache and Viper more affordable and sweetening the deal by offering additional units of refurbished helicopters.

Both Boeing and Bell are eyeing the Philippine market, hoping they can sell equipment not only for the PAF but for the Army as well. In fact, the US Army has offered second-hand and older versions of the Apache helicopters.

The DSCA said the proposed sale would help the Philippines develop and maintain strong capabilities for self-defense, counterterrorism and critical infrastructure protection. “The Philippines will have no difficulty absorbing this equipment and support into its armed forces,” it added.

“There will be no adverse impact on US defense readiness as a result of this proposed sale,” the DSCA said. 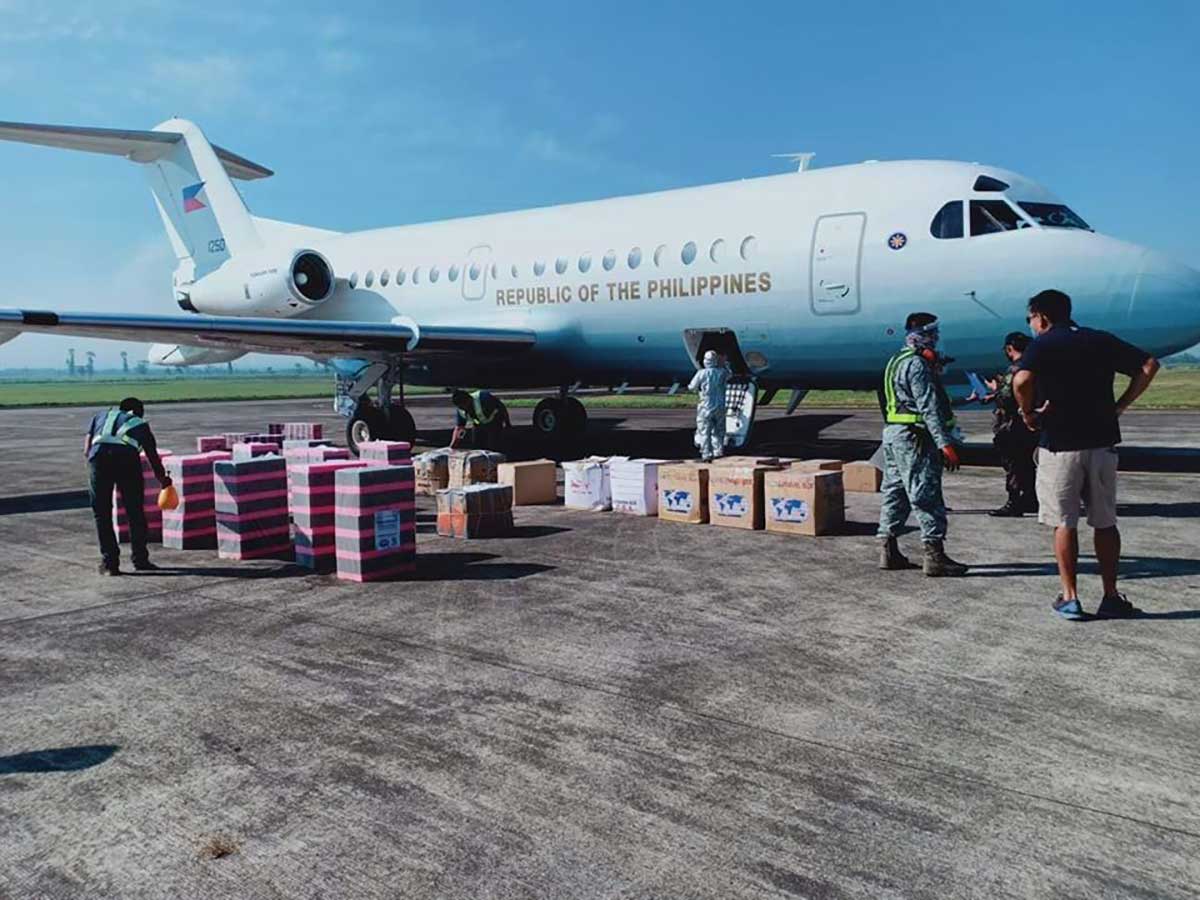 Boeing will partner with Florida-based Lockheed to manufacture the attack helicopters and offer them under the US State Department’s Foreign Military Sales program.

The Viper will be manufactured at Bell’s Texas plant in partnership with General Electric.

The US State Department allowed defense contractors to travel several times to the Philippines to participate in program and technical reviews, training and maintenance support for a temporary period of 24 months.

The US renewed its interest to sell military equipment to the Philippines despite the cancellation of the VFA in February. The VFA allowed US military presence on rotation basis for training and exercises in the Philippines.

Duterte has also stopped the defense and interior departments from acquiring weapons systems from the US and other western countries for linking arms sales to human rights records.

The PAF has to make a decision on which attack helicopter to acquire as Turkey cannot guarantee to deliver six TAI 129 ATAK.

An Army colonel familiar with the attack helicopter said a decision has to be made in two months because the funds for the project would revert to the treasury if it is not obligated by December 2020.

The Philippines has been looking for funding after realigning its P4.1-trillion budget for 2020 due to the coronavirus disease 2019 pandemic.