The Department of Education begins the test broadcast of television classes that will be used to supplement the implementation of blended learning when the school year opens on Aug. 24. 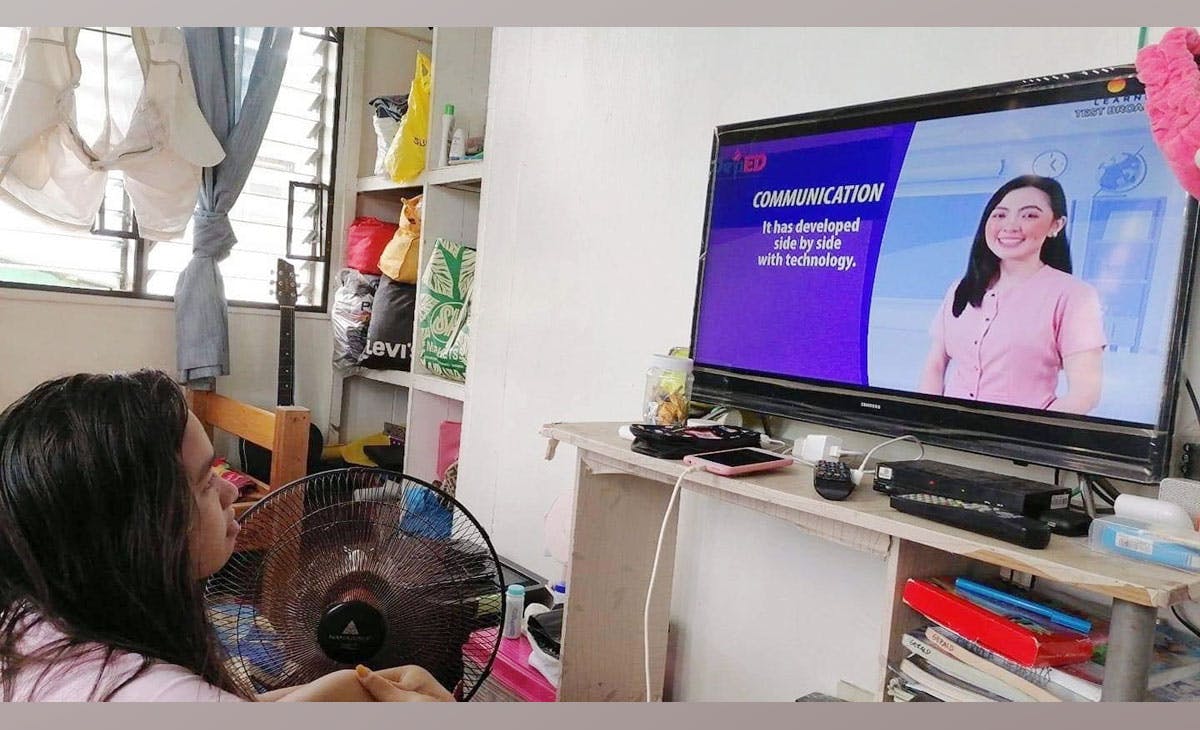 A student watches the test broadcast of a television class that would be used to supplement blended learning next school year. Photo from the Department of Education.

With less than two weeks before the opening of classes, the Department of Education (DepEd) is now in the final stage of preparations for the implementation of blended learning in public elementary and high schools nationwide.

On Tuesday, Aug. 11, DepEd started the technical test broadcast of television classes that are expected to complement other types of distance learning modalities that would be adopted next school year.

From 8 a.m. to 6:30 p.m., sample classes for different grade levels and subjects would be broadcast on IBC-13 and Solar Learning channels.

The test broadcasts, which will last until Aug. 21, also include lectures on how to use the learner management system and the DepEd Commons, the agency’s online platform where resources for teachers and students would be made available.

The schedule also has in-between advocacy and information materials, which Education Undersecretary for Administration Alain Del Pascua said were “inserted to mimic commercial advertisements that may later be considered in the broadcasting schedule.”

Given the limitations on the reach of the channels, Pascua also enjoined DepEd regional and division offices to tap their partner local TV and radio stations to run the test broadcasts using the same schedule released by the agency.

Various networks earlier expressed commitment to support DepEd’s plan to use TV and radio as options for distance learning in the upcoming school year.

According to DepEd, the TV and radio classes are intended to supplement the self-learning modules and other modalities that would be adopted in lieu of face-to-face classes.

In a memorandum, Pascua said simulations and dry runs for blended learning may now be undertaken by combining the self-learning modules, DepEd Commons materials and the aired radio and TV episodes.

“The combination of some or all of these materials already made available will provide a more accurate and concrete feel of ground situation, readiness and acceptability of blended learning,” Pascua noted.

He said video and audio materials are available online for those who intend to view them on laptops, tablets and other mobile devices.

Meanwhile, ready-to-print self-learning modules covering the first week of classes from Aug. 24 to 28 would also be uploaded on the DepEd Commons. 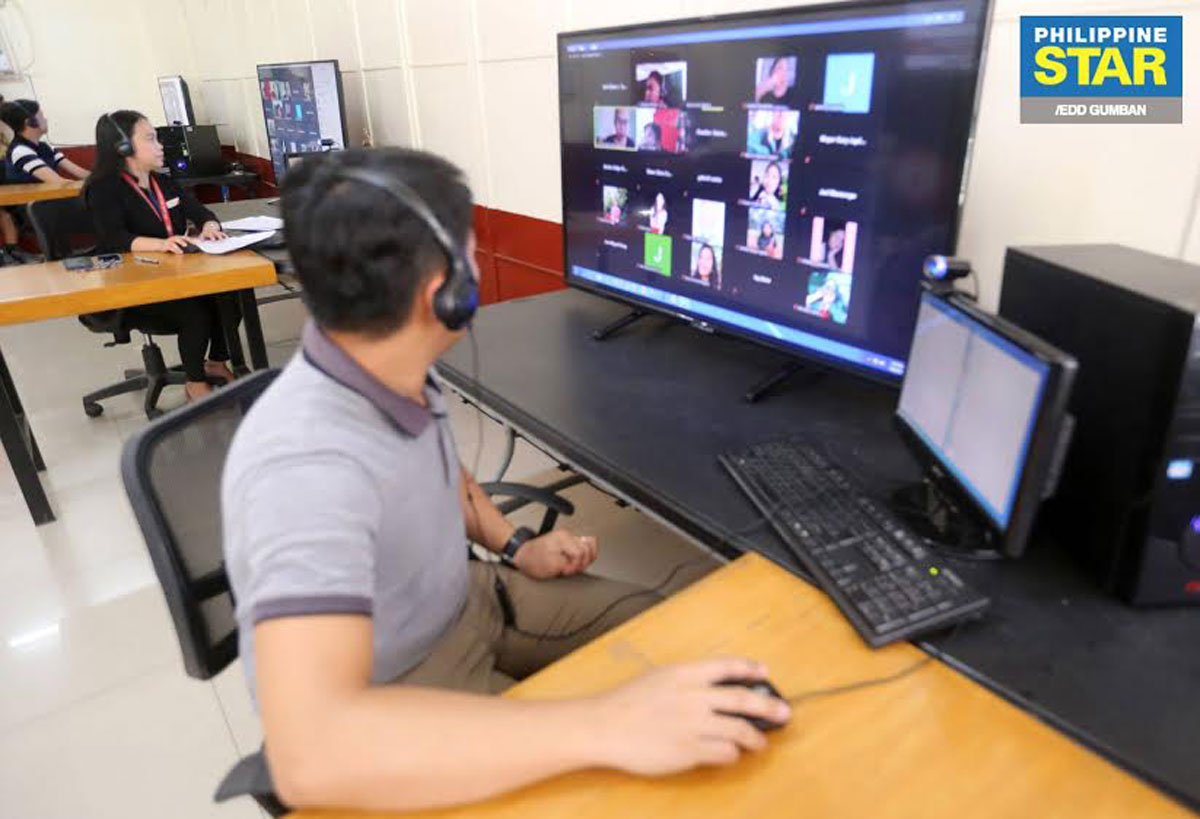 Amid concerns over the readiness of the schools to resume classes, education officials maintained that there is no stopping the formal opening of the school year on Aug. 24.

Various groups earlier asked President Duterte to use the newly enacted Republic Act No. 11480, which allows him to reschedule the start of the school year during a state of emergency or calamity.

During the national kick-off of the school readiness program on Monday, Aug.10, Education Secretary Leonor Briones said delaying the school year further would be harmful to children who risk being left behind by their counterparts in Southeast Asia.

“It has always been Aug. 24. We have never changed that date because it is blended learning. It can be done with or without face-to-face,” she said in a mix of English and Filipino.

No face-to-face classes will be conducted when classes reopen on Aug. 24 due to the risks of coronavirus disease transmission.

Citing simulations and dry runs that have been conducted over the past weeks, Briones maintained that the public school system is ready for the resumption of classes.

“There were problems, but these were resolved,” she said, noting that they would not be caught off-guard if a problem arises during the implementation of the blended learning modalities.

The DepEd shrugged off concerns over its readiness to reopen the classes, which was further amplified by a technical glitch that delayed the program last Monday for at least two hours.

Briones noted that online education is just one of the distance learning approaches, stressing that students have the option to learn through a combination of modules, TV and radio classes.

For the next few weeks, Briones said their priority would be the production of modules and other learning materials that will be used by the students.

Initial results of the learner enrollment survey showed that most parents prefer the use of printed or digital modules instead of other distance learning modalities. 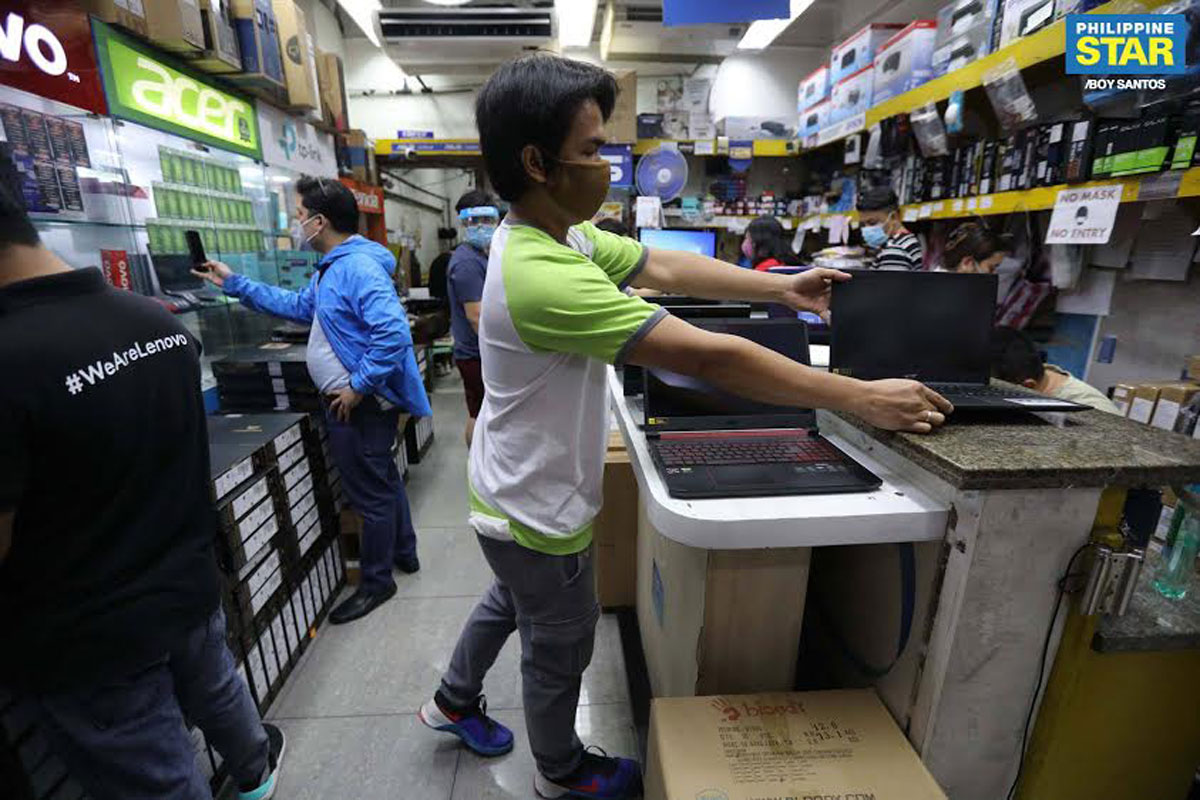 DepEd has yet to release the data on the printing of self-learning modules.

But according to Education Undersecretary Nepomuceno Malaluan, there are divisions that have reported 80 to 100 percent accomplishment in printing requirements.

He said there are those that are catching up while others are behind schedule.

Also on Tuesday, the Alliance of Concerned Teachers (ACT) bared concerns of some school heads over the supposed lack of funds for the printing of modules.

“The central office only released funds and utilization guidelines for module reproduction in the latter half of July. Many school heads have attested that the P9 billion downloaded funds from the central office have not yet reached the school level,” ACT secretary-general Raymond Basilio said.

“Given the stringent procurement rules and lengthy processes, these funds cannot deliver the needed modules any day earlier than October. As such, schools were ordered yet again to use their maintenance and other operating expenses (MOOE) for module production, supported by other secondary sources. This explains why so many of us still have to beg for bond paper supplies, printers, ink and others materials,” he added.

Basilio pointed out the MOOE would not be enough to cover sufficiently the module reproduction expenses, citing challenges faced by several schools that they have monitored.

Education Undersecretary for Finance Annalyn Sevilla earlier insisted that the funds have already been downloaded to the regional and division offices.

With the government fund, she said that teachers are not required to raise money for printing of modules.

“If done in the spirit of Brigada Eskwela, it should be through voluntary contribution and never as compulsory. We have Brigada Eskwela and there are protocols and guidelines/procedures,” she noted.

Actual contributions from the Brigada Eskwela and the special education fund of the local government units would be considered in the provision of funds to cover learning resources.

“Hence, the calibration and prioritization of funds are given at the regional and division levels as they are on the ground and have more accurate data in terms of actual enrollment and actual external contributions,” Sevilla said.

These include reprogramming of the DepEd’s budget, using the available MOOE of schools and tapping the special education fund of local government units.

DepEd also cited the possibility of accessing official development assistance programs, strengthening private sector contributions through Brigada Eskwela, and requesting a supplemental budget from Congress or the Department of Budget and Management.

Read More: UP: Each College Student Needs Up To P110,000 For Remote Learning; Support Sought For The Disadvantaged