Lawmakers, the Catholic Church, Vice President Leni Robredo and the Department of Health backed the call of health care workers for better strategies to deal with the COVID-19 pandemic as cases exceed 100,000. 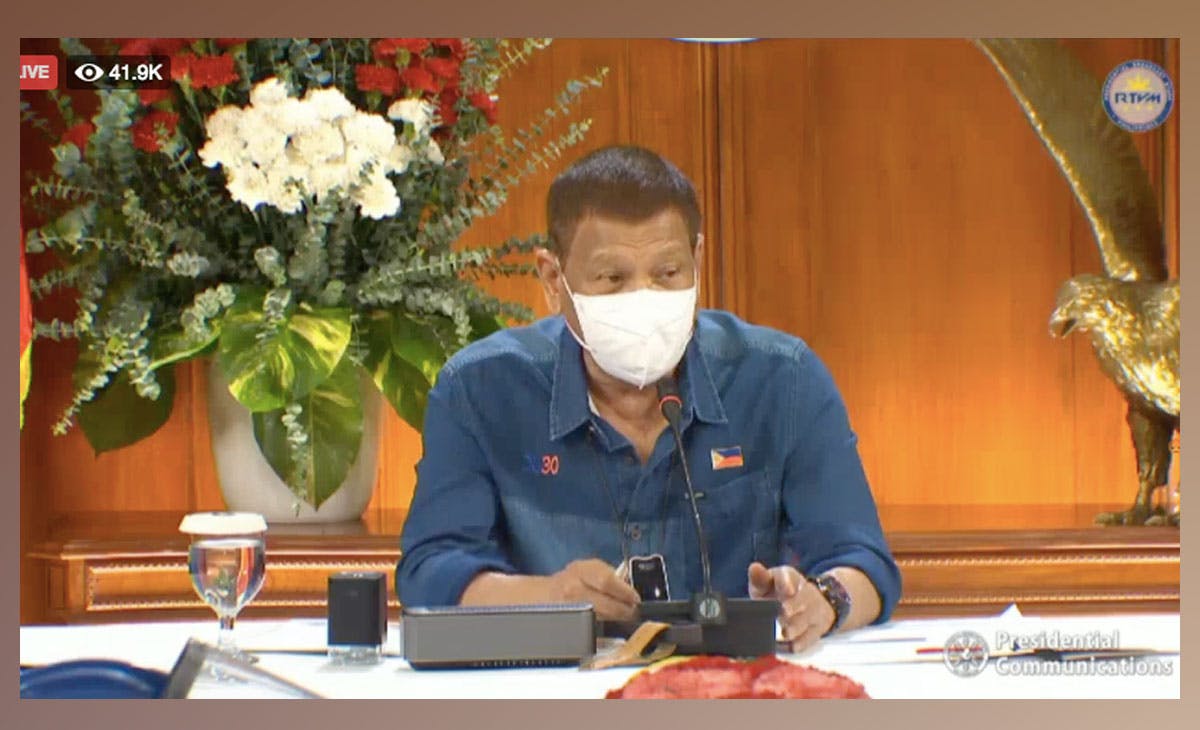 Screenshot of President Duterte while addressing the nation on Sunday night, Aug. 2, 2020.

President Duterte decided to revert National Capital Region (NCR), Cavite Laguna, Bulacan and Rizal to modified enhanced community quarantine (MECQ) from Aug. 4 to 18 after convening an emergency meeting with his Cabinet members on Sunday, Aug. 2, to discuss the concerns of medical frontliners who called for a lockdown in Mega Manila to prevent the collapse of the health system.

Duterte said he could understand the concerns of the healthcare workers and told them not to lose hope even if they are growing tired of the situation.

“Huwag kayong mawalaan ng pag-asa,” Duterte told the medical community as he appealed to them to “stretch” their patience and fervor – not endurance because they could only take so much.

But Duterte also chastised those seeking more action or wanting a “revolution,” saying they could have just written their concerns instead of expressing their outrage publicly since the government had been working to deal with the pandemic to the best of its abilities. He also warned he could stage a counter-revolution.

He said he trusts the health workers to know what to do in this time of the pandemic and asked them not to stop serving the people.

“We are not actually inutile,” Duterte underscored. He expressed belief that the government should not be demeaned by criticisms and that people should stay home to avoid spreading the disease.

The problem, Duterte noted, was the lack of resources to provide for those who would be locked up in their homes without sustenance for life.

Malacañang, through presidential spokesman Harry Roque, initially rejected the call of the healthcare workers on Saturday, Aug. 1, to revert Mega Manila to ECQ and come up with a more comprehensive plan to deal with the coronavirus disease 2019 pandemic.

Later on Saturday, Roque said Duterte ordered the Inter-Agency Task Force (IATF) for the Management of Emerging Infectious Diseases to look into the concerns raised by the medical community. Executive Secretary Salvador Medialdea called for a meeting with key members of the Cabinet and what was supposed to be a Monday meeting with the President took place on Sunday.

Health Secretary Francisco Duque III enumerated the concerns of the medical associations. He said agencies created a seven-point response to address their woes and these are the following:

"We agree that you are bone weary... If you want to term it stipend or allowances or pay, give us time, we will make the report and I hope it will be included in the second Bayanihan (Act). If it gets included, I will give it to you immediately," the President said.

The use of swab or real-time reverse transcription polymerase chain reaction or RT-PCR testing as gold standard has likewise been approved by Duterte.

The Department of Heath (DOH) backed the call of the medical groups for a “timeout” as the number of COVID-19 cases in the country reached 103,185 as of Aug. 2.

In a statement dated Aug. 1 but released on Sunday morning, the DOH said it is “one with the medical societies and the government in its solidarity call for a united, strategic stand on the enormous battle against the COVID-19 pandemic.”

“We have heard your call and we are one with you in battling the COVID-19 before it lays further waste to our people and our nation,” the DOH said. “We support the call of our frontliners to ensure a science-based approach and stricter implementation of community quarantines measures.”

The DOH has acknowledged the “incredible physical, emotional, and mental fatigue” that the frontliners have been experiencing to keep the country’s health system operational and effective.

“Working closely with the Office of the President and other government institutions, the (timeout) you have asked for will buy us the time to refine and revisit our strategies to meet the evolving nature of this global pandemic,” the DOH said.

The DOH assured the medical groups – which had grown from 40 last Saturday to 100 on Sunday – that the department would endorse the timeout in the IATF meeting.

The DOH agreed that a  “reprieve can also give us the critical space to marshal resources that will help us win this fight.”

Last week, the DOH called on health workers to apply through its emergency hiring program for human resource for health (HRH) as the manpower in hospitals has been dwindling. Under the program, those hired will be deployed in various hospitals to augment manpower.

As of Aug. 1, a total of 6,510 HRH had been hired out of the 9,365 approved slots for emergency hiring in 340 health facilities.  The DOH has observed that there are few takers for the positions.

According to the DOH, it will create “a rapid response team of trained medical workers” who can help prevent the health system in Metro Manila from being overwhelmed due to the pandemic.

The DOH appealed to health workers in the provinces and those returning from employment overseas to get on board.

“We will also ask the universities and medical societies to help us in hiring more doctors, nurses and other medical staff. It is not an understatement to say that your brethren in the NCR need your help,” it added.

The DOH has underscored the need for the public to strictly practice the “minimum health standards” during the pandemic such as wearing of face masks, hand washing and physical distancing.

“We appeal to our citizens and their patriotism and sense of duty to help ensure that our health system and health care frontliners are not overwhelmed,” the DOH said. 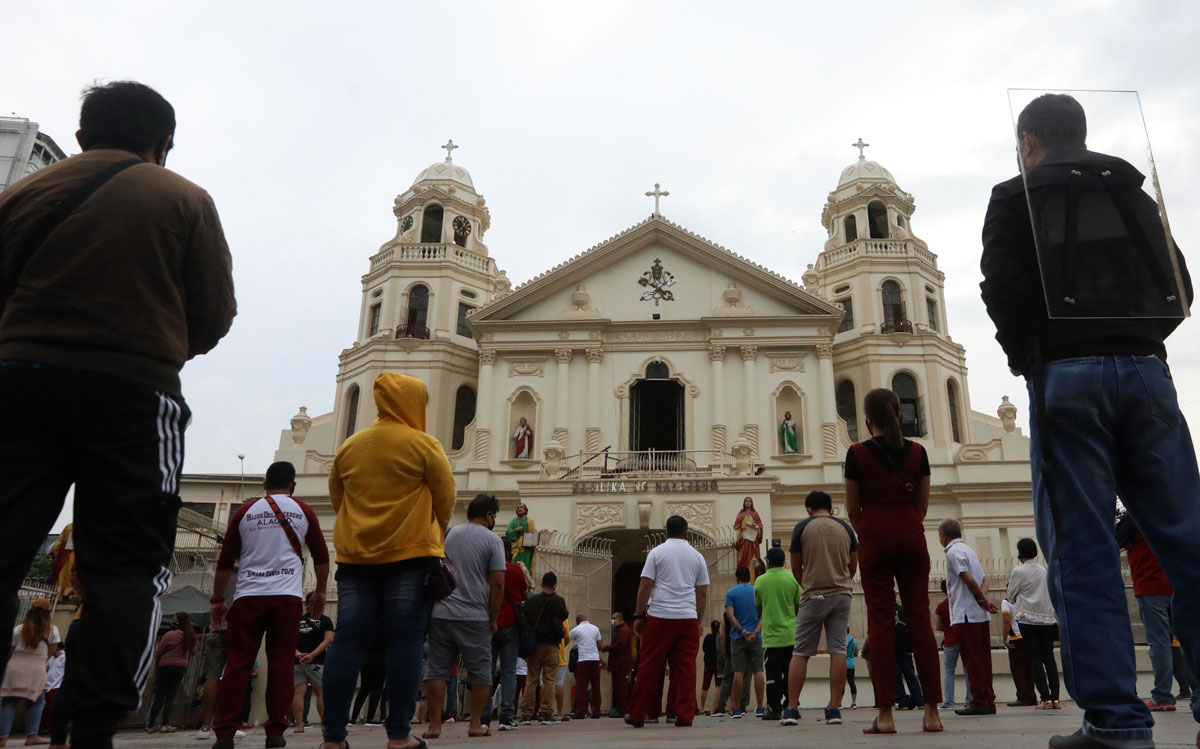 Vice President Leni Robredo said that the health workers’ concerns must be addressed while the several churches announced that they would go back to online services instead of holding public religious activities in support of the medical community.

Robredo said over dzXL  on Sunday that government actions to curb the transmission of the disease had been too slow, including the establishment of quarantine centers. She added a lot of things should have been done when the ECQ was first imposed over Luzon in mid-March.

Crossing party lines, administration and opposition lawmakers also expressed support for the call of the medical associations nationwide for the government to reimpose ECQ in Metro Manila and neighboring areas to prevent more COVID-19 infections.

“We should stop first and sit down with our frontliners and the economic managers to thresh out the issues and strike a balance. We cannot continue and just assert when those in the frontlines are saying otherwise,” Defensor said, apparently referring to the gradual reopening of the economy while the country is battling COVID-19.

Salceda, for his part, cited projections by a team from the University of the Philippines and University of Sto. Tomas, showing that 150,000 COVID-19 cases and 3,000 deaths are expected by the end of August.

Castelo said after five months of fighting the pandemic, the healthcare workers are exhausted physically, emotionally and mentally. Several doctors and nurses have died and many others have fallen sick while battling COVID-19, she added.

Herrera, for her part, asked the IATF to let the mayors themselves impose the ECQ for clusters in their own barangays.

“This could be a viable alternative to a Metro Manila-wide ECQ or modified ECQ. With this approach, we spare the recently opened small businesses from ECQ or MECQ shutdown, as well as residential areas which have low or zero COVID-19 cases,” she said.

Lagman urged the government to prioritize “health first before business in critical areas.”

“Lives lost are forfeited forever, but businesses lost can be redeemed,” Lagman said. “The relief and recovery of the people’s health must be prioritized.”

“The plea of the medical experts and healthcare frontliners for more stringent health protocols in critical areas must be heeded by the Duterte administration, while the call for ‘business as usual’ must temporarily be put on hold or selectively implemented,” he added.

Atienza said the “government should concentrate on saving lives and quelling the coronavirus pandemic now and allow the next administration to worry about the proposal to bring back the death penalty,” which Duterte sought in his fifth State of the Nation Address on July 27. 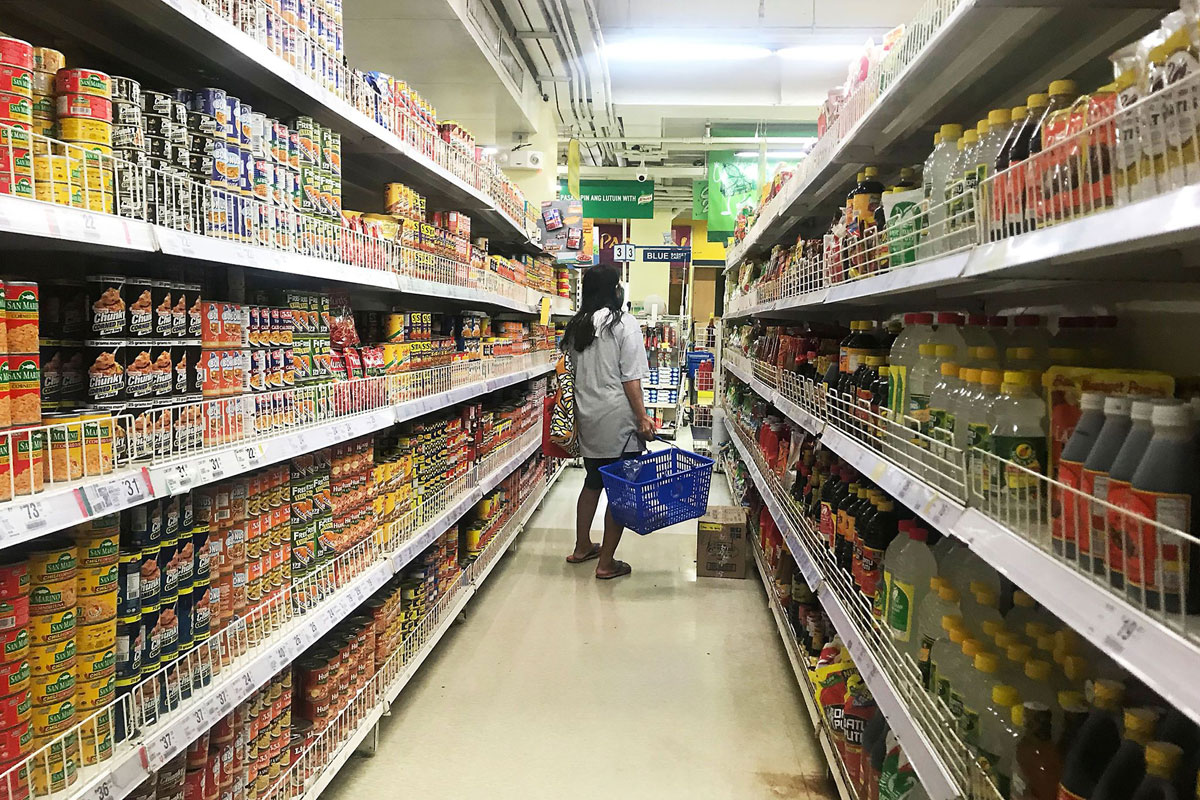 Senators also urged Malacañang to heed the plea of the medical frontliners.

“It is a doctor’s prescription with side effects,” Senate President Pro Tempore Ralph Recto said, referring to a return to ECQ.

“But if it will cure the patient and prevent medical personnel from falling ill, then there’s no choice but to follow it.”

“It will be the government’s job to manage the side effects – specifically the tremendous whiplash on the livelihood of the people,” he said even as he described the ECQ as a “circuit breaker.”

Recto stressed that the government must rush social safety nets if it decides to revert to ECQ or tighten restrictions, saying the people’s choices should not be narrowed down to either death by COVID-19 or by hunger.

He expressed optimism that the government would be able to strike a balance between flattening the curve and reviving the economy.

As the number of cases hit more than 100,000, Recto said it “will sound an emergency alarm that can only be turned off by ringing the timeout bell.”

Sen. Sonny Angara said if the doctors and the medical system are overwhelmed, then the whole system and government strategy will surely be affected.

Sen. Richard Gordon said a full ECQ may not be feasible, but a more targeted system that includes specific restrictions is viable as the government has already started opening up the economy.

Gordon reiterated the need for a master plan in fighting the pandemic and protecting medical frontliners.

Sen. Francis Pangilinan lamented that the government could have managed the expected uptick in cases and should have long prepared for and properly managed the situation.

He attributed the surge in infections to a “failure of leadership.”

Pangilinan warned that reviving the economy would be useless if infections would spread.