The government has been reopening the economy regardless of quarantine classifications so more people can return to work, but is calling on people to cooperate and observe health and safety protocols to avoid COVID-19 transmission. 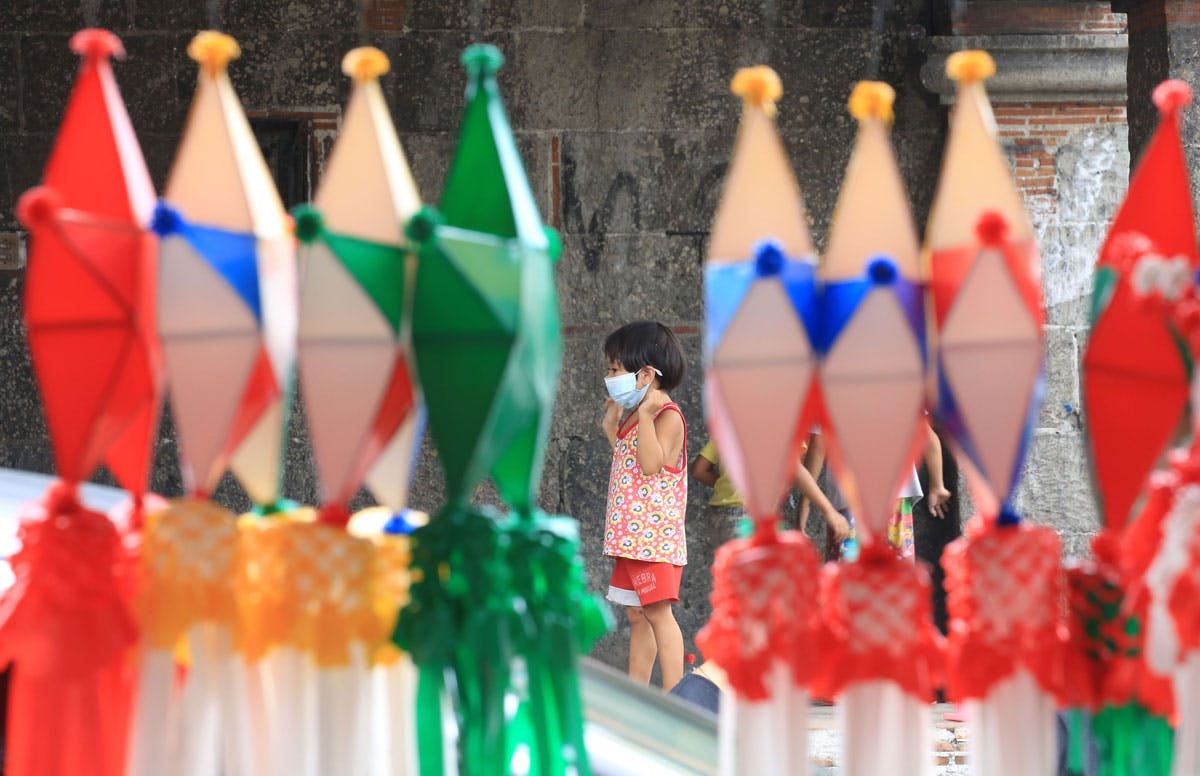 The government is still studying whether Metro Manila can shift to the most lenient modified general community quarantine (MGCQ) amid the coronavirus disease 2019 (COVID-19) pandemic, but more restrictions have been eased to spur economic activities especially this Christmas season.

The age-based stay-at-home restrictions were eased to 15 to 65 from 21 to 60, public transportation capacities were increased and the one-seat apart rule was imposed instead of one meter, curfew hours may be shortened, malls can hold special activities to attract more shoppers, and the resumption of motorcycle taxi operations is also now being considered.

Roque said the capital region’s reproductive rate or RO (pronounced “R-naught”), which indicates how contagious COVID-19 is, has improved.

“Our R-naught rate is less than one percent. Before, it was very high. That means the number of persons who catch the virus from positive cases is now lower than one. Maybe we can achieve that (MGCQ classification),” he noted.

Asked whether more people would be allowed to attend the traditional midnight masses, Roque said it would depend on an area’s attack rate and hospital bed capacity. The holding of midnight masses or simbang gabi, a popular Christmas tradition in the Philippines, starts on Dec. 16 and ends on Dec. 24.

“Most of the areas in the Philippines are now under MGCQ. Only Metro Manila and a few cities and provinces are under GCQ,” he said, referring to general community quarantine. “Placing more areas under MGCQ is not farfetched. With regard to Metro Manila, it depends on the compliance with wearing masks, frequent handwashing and physical distancing.”

The National Capital Region (NCR), which accounts for more than a third of the Philippines’ economic output, remains the epicenter of the COVID-19 pandemic in the Philippines. More than half of the country’s 356, 618 infections were reported in the NCR.

Cabinet Secretary and Inter-Agency Task Force for the Management of Emerging Infectious Diseases (IATF) vice chairman Karlo Nograles said it is too early to say whether Metro Manila would be placed under a more lenient quarantine classification. But he said it is not possible for the NCR to be downgraded to the “new normal” from GCQ.

“If ever, it should transition first to MGCQ. In fact, we have not declared any area to be under new normal. Let’s do it gradually,” Nograles stressed in a live online session last Saturday.

Nograles disclosed that the IATF might come up with a “soft” recommendation on quarantine classifications within the last week of October. The recommendation will then be submitted to President Duterte for his approval.

“I cannot say whether I am confident that NCR can be downgraded to MGCQ. But the positivity rate, R-naught have gone down. It’s a balancing act,” Nograles said.

Nograles explained that the government has been reopening the economy regardless of quarantine classifications so more people can return to work. 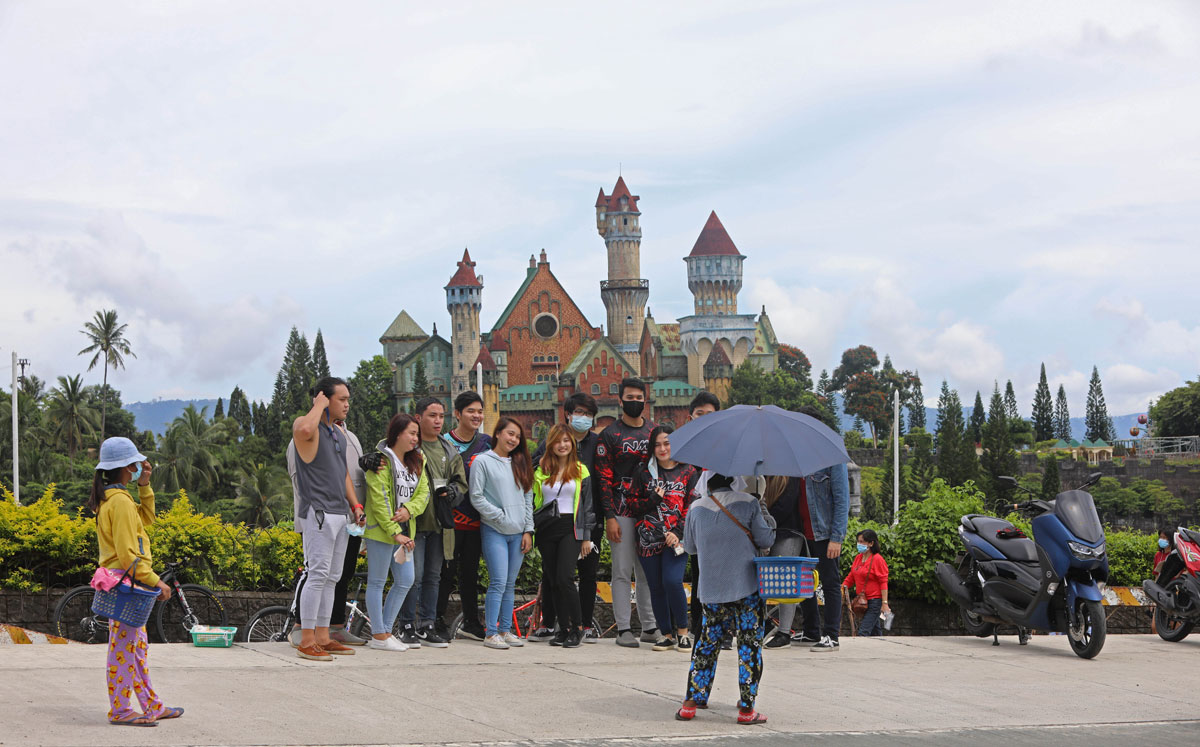 Here are the latest regulations imposed by the government even without the MGCQ or new normal classification yet.

On Oct. 15, the IATF approved Resolution No. 79, allowing persons from age 15 to 65 years to go out. Local government units (LGUs) may impose a higher age limit for minors, depending on the COVID-19 situation in their respective jurisdictions.

Previously, persons 21 years old and below and those above 60 were barred from going outside due to their vulnerability. “Any person below 15 years old, those who are over 65 years of age, those with immunodeficiency, comorbidity or other health risks, and pregnant women shall be required to remain in their residence at all times,” the IATF said.

On Oct. 13, Roque announced that the government had also allowed the one-seat apart rule in public transportation and an increase in rail capacity from 30 to 50 percent of passengers.

Previously against the easing of physical distancing inside public vehicles, Interior Secretary Eduardo Año has agreed to the one-seat apart rule.

Año said the new rule would add to the transportation options for commuters as more businesses reopen amid the pandemic.

He noted that around 400,000 commuters could be left stranded if public transportation modes are not further opened.

Año assured the public that the one-seat apart rule still guarantees safety for the passengers as long as they follow other health protocols, including the wearing of face mask, face shield, no talking and no use of cell phones.

The government is also pushing for the return of motorcycle taxi services to provide more options for workers and commuters.

Barriers will be required for motorcycle taxis if they are given the green light to resume operations under an extended pilot run by Congress.

Año said other safety precautions would be needed, such as constant disinfection of helmets to stop possible virus transmission.

Passengers are advised to instead have their own motorcycle helmets ready if they want to avail themselves of motorcycle taxi service.

Año said they are ready to stop lenient measures or even impose drastic ones if COVID-19 transmission surges. He expressed belief that the spread of COVID-19 is now being controlled and managed and that cooperation is the key to stop it.

Roque said there is no need for Duterte to use emergency powers to allow motorcycle taxis to operate during the pandemic because a House panel has issued a resolution on the resumption of a study on the public transportation mode.

The IATF has expressed support for the resumption of a pilot study that would allow ride-hailing services like Angkas and Joyride to operate as the administration reopens the pandemic-hit economy.

A pilot study that started last year expired in April, making motorcycle taxis illegal. The study, which sought to determine whether motorcycle taxis are safe, may be resumed pending the passage of a law that will legalize their operations. The IATF has endorsed to the House transportation committee a request to allow the operation of motorcycle taxis.

These developments made emergency powers no longer necessary, Roque said in a radio interview on Saturday, adding that the Department of Transportation could then allow Angkas and Joyride to resume operations.

Metro Manila mayors have expressed support for the IATF’s move to endorse the drafting of a congressional resolution that would allow motorcycle taxis to return to the road. 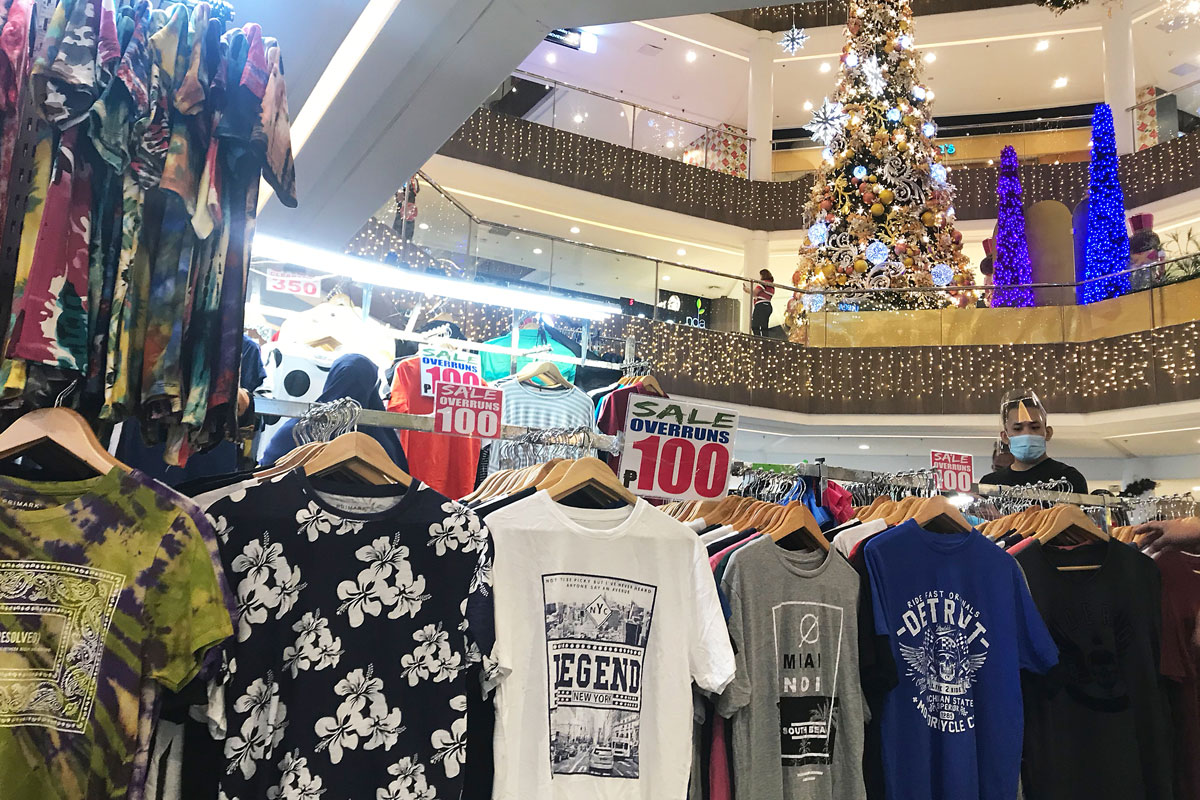 The IATF has also encouraged malls and business establishments to ramp up activities to spur the economy.

Roque said the IATF authorized the Department of Trade and Industry (DTI) to adjust the permissible on-site operational capacities of all business establishments and/or activities under GCQ or lower.

Business establishments and malls may now hold activities so more people will shop.

But the IATF strongly reminded all business owners and operators to make sure that they follow the guidelines issued by the DTI on the operations of malls.

And while the setting of curfew depends on local ordinances, Roque said the IATF has urged the LGUs to exempt workers classified as “authorized persons outside of residence” or APOR from the curfews.

The IATF also called on the LGUs to coordinate among themselves when it comes to the crafting of standardized curfew rules, and the relaxation of curfew hours.

The Department of Tourism (DOT), meanwhile, was given authority to determine the allowable operational capacity for accommodation establishments as well as the ancillary establishments within their premises.

Roque said the IATF revised the requirement for a negative COVID swab test from the original 48 hours to the current 72 hours prior to the date of arrival for those traveling to Boracay Island.

The IATF likewise updated its list of APOR, which now includes returning or repatriated overseas Filipino workers and overseas Filipinos returning to their places of residence, and other persons transported through the efforts of the national government, upon observance of the necessary quarantine protocols, with the concurrence of the receiving LGUs.