Singapore has a system that the Philippines can learn from in dealing with the novel coronavirus or 2019-nCoV outbreak. 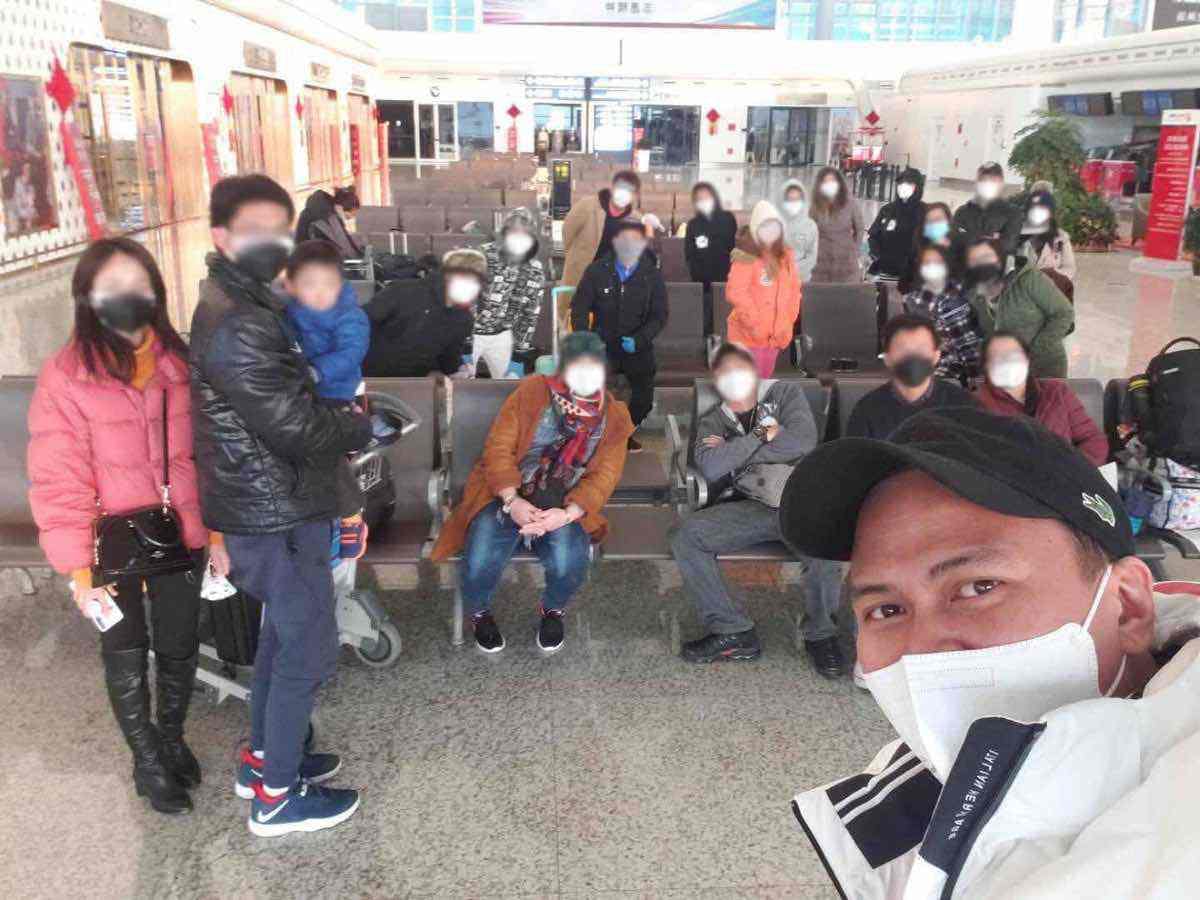 Filipino repatriates wait at Tianhe International Airport in Wuhan City for the chartered plane that would take them back to the Philippines on Saturday, Feb. 8, 2020 amid the outbreak of novel coronavirus. Photo from the Department of Foreign Affairs

Singapore’s prominence in the global market and the fact that it hosts expatriates and migrant workers have brought attention to its novel disaster alert level system: the Disaster Outbreak Response System Condition (DORSCON), an idea that the Philippines may want to emulate.

The Philippines does not issue alert levels when it comes to health concerns here and abroad. In case of hostilities and threats overseas, the government may impose mandatory evacuation of Filipinos.

The Department of Foreign Affairs (DFA) and the Department of Health (DOH) have repatriated 30 Filipinos from Wuhan City in Hubei province, China due to the outbreak of novel coronavirus acute respiratory disease (2019-nCoV ARD) in the area, which has spread worldwide. They are now quarantined at the Athletes’ Village in New Clark City (NCC) in Capas, Tarlac.

Nobody showed symptoms of nCoV, according to the DOH, but it still placed under Code Blue alert all government health facilities in Central Luzon to provide the necessary medical needs of the repatriated Filipinos. This means that 50 percent of all hospital personnel shall report for duty to render medical and other services.

In Singapore,  DORSCON is a four-tiered color-coded framework that provides the public general guidelines on what needs to be done to prevent and reduce the impact of infections, depending on the severity of the health emergency. DORSCON Green means the disease is mild or does not spread easily, while DORSCON Yellow means the mild disease is spreading but is being contained.

On Saturday, the Singapore government announced that it stepped up its risk assessment to DORSCON Orange, the third highest level, amid the continuing spread of the nCoV.

The government advisory cited that the city-state is “now seeing a few local cases without any links to previous cases or travel history to China,” which means they must have contracted the nCoV within the area.

Thus, Singapore now has to “prepare for a scenario involving community spread.” The alert means that the virus threatens to spread from person to person, although it is currently being contained and there is no widespread transmission yet.

To minimize the spread of the virus and protect vulnerable groups, the Singapore government advised citizens to “cancel or defer non-essential large-scale events.” Organizers that do choose to proceed with their events were told to take necessary precautions such as temperature screening and denying entry to individuals who are unwell. For example, the Singapore Airshow, which saw 70 participating companies pull out, announced yesterday its plans to sell fewer tickets to control attendance.

The higher alert also means schools would have to suspend inter-school competitions and field trips until March, pre-schools and homes for elders would have to restrict visitors, and workplaces would be asked to segregate employees or give them options to work from home. 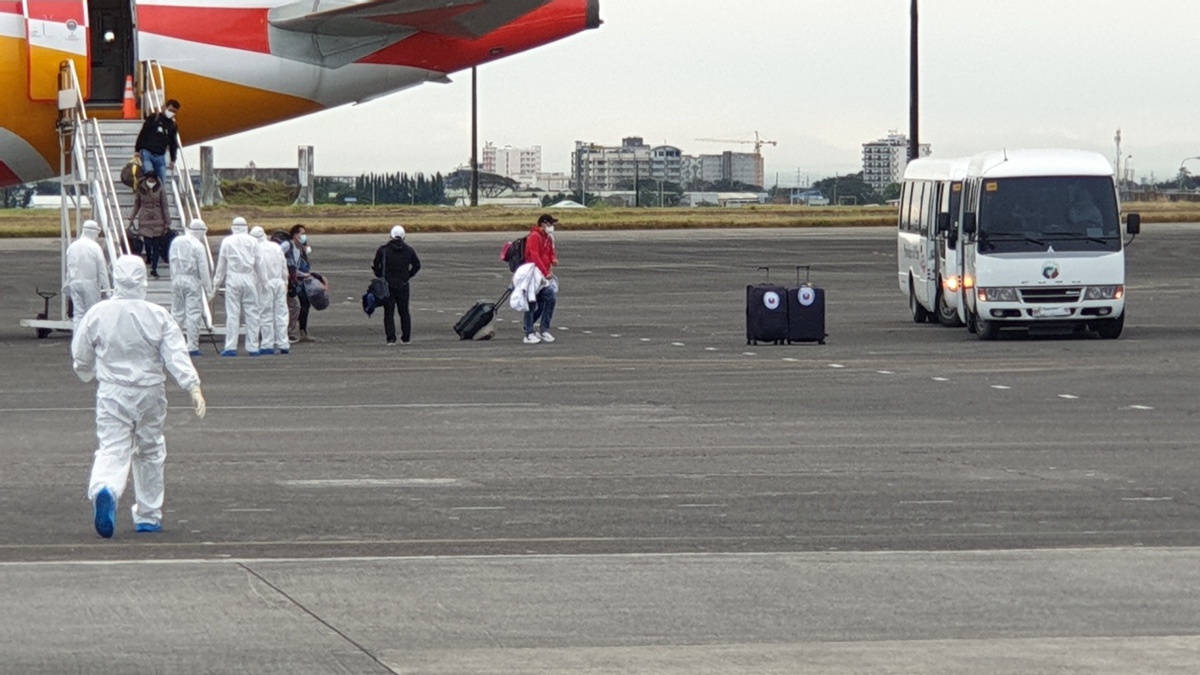 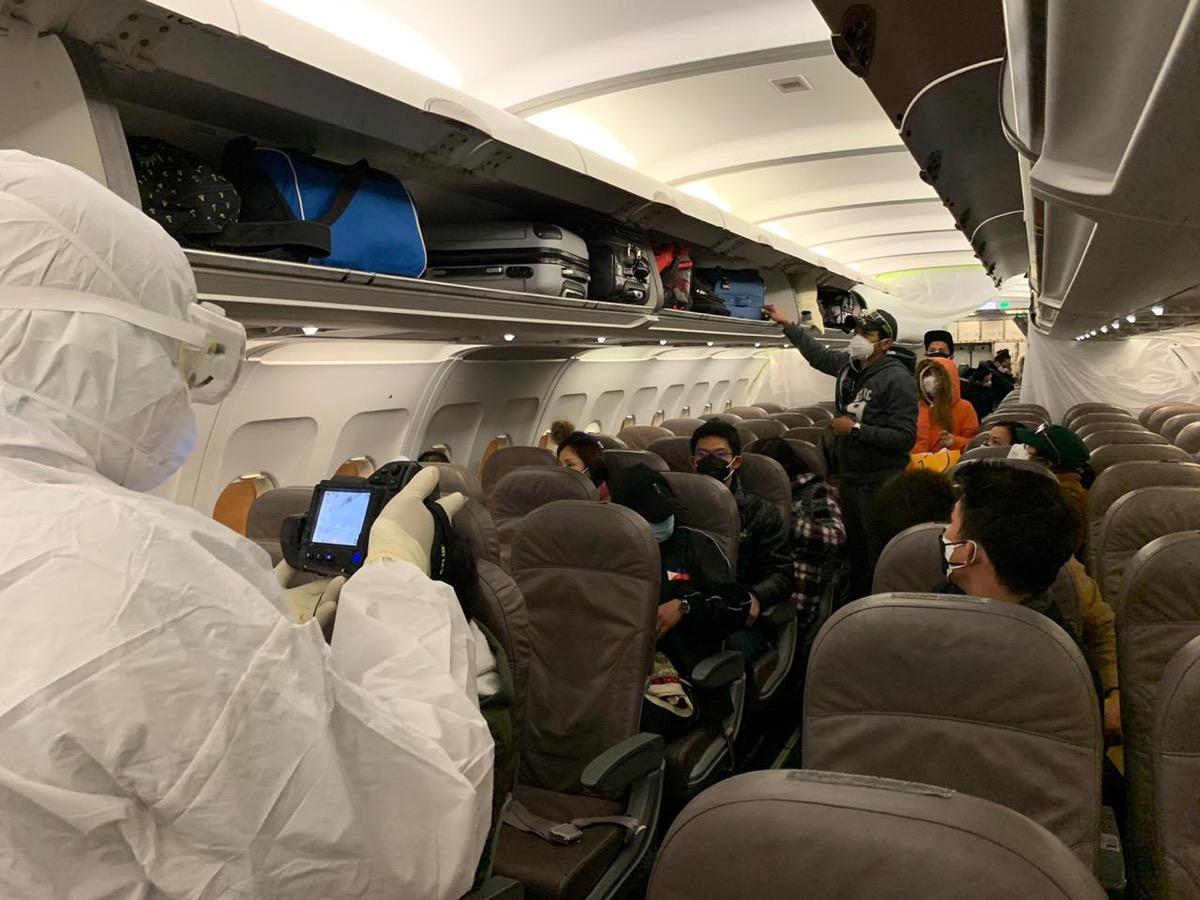 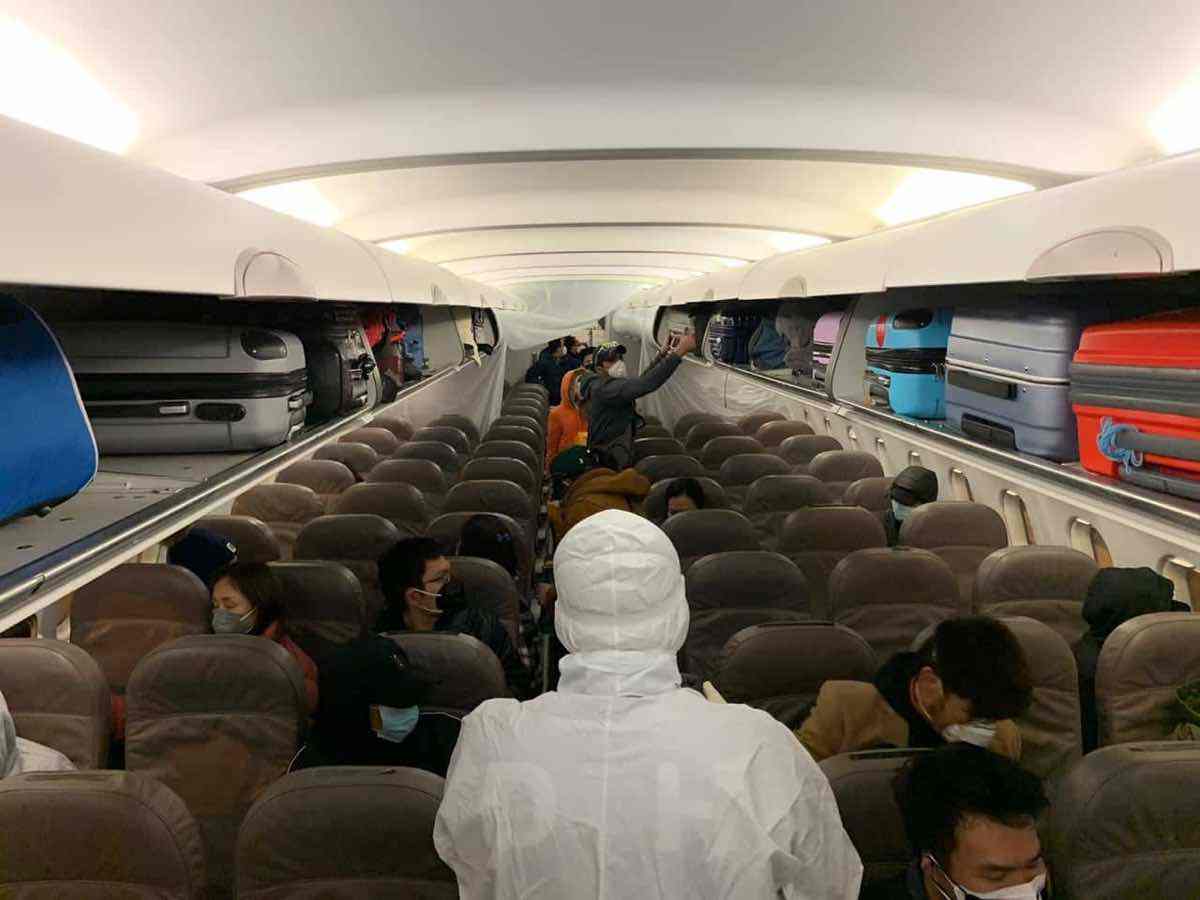 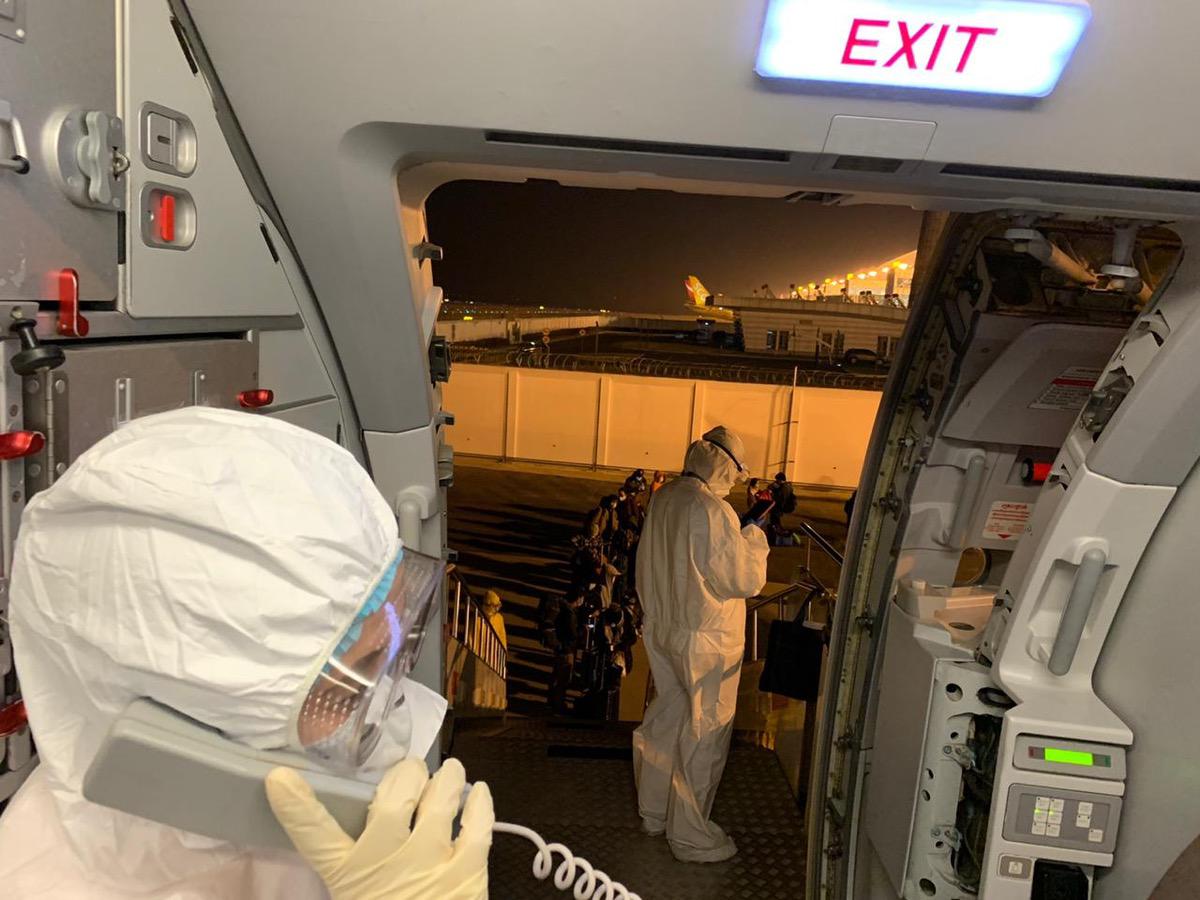 These are on top of measures already being implemented when the alert level was lower, such as border control, travel bans and 14-day quarantines for nationals arriving from China, active case tracing, heightened measures for vulnerable groups and enhanced cleaning efforts.

DORSCON Orange is only one step away from the highest alert level – DORSCON Red, which means the disease is already spreading widely, major disruptions to work and school activities will take place, and citizens will be told to keep away from crowded areas.

The system was crafted during the outbreak of the Severe Acute Respiratory Syndrome coronavirus (SARS-CoV) in 2003, during which code Orange was raised. In other words, the Singapore government is now considering nCoV to be as serious as SARS. Forty have already fallen ill of nCoV in the city-state, with the seven most recent announced cases having no history of travel to China.

In barely two months, the nCoV death toll has reached 813 as of yesterday, Feb. 8 (all but two in mainland China). This has surpassed the SARS death toll of 774 over the course of eight months from 2002 to 2003.

Like Singapore, the Philippines also has to contend with the nCoV emergency, as two Chinese women and a Chinese man tested positive while in the country. The man died before he was confirmed as an nCoV case; one of the Chinese women is still in the hospital while the other has been discharged and is back in China. As of yesterday, there were 284 persons under investigation for possible infection, with two of them dying of pneumonia. 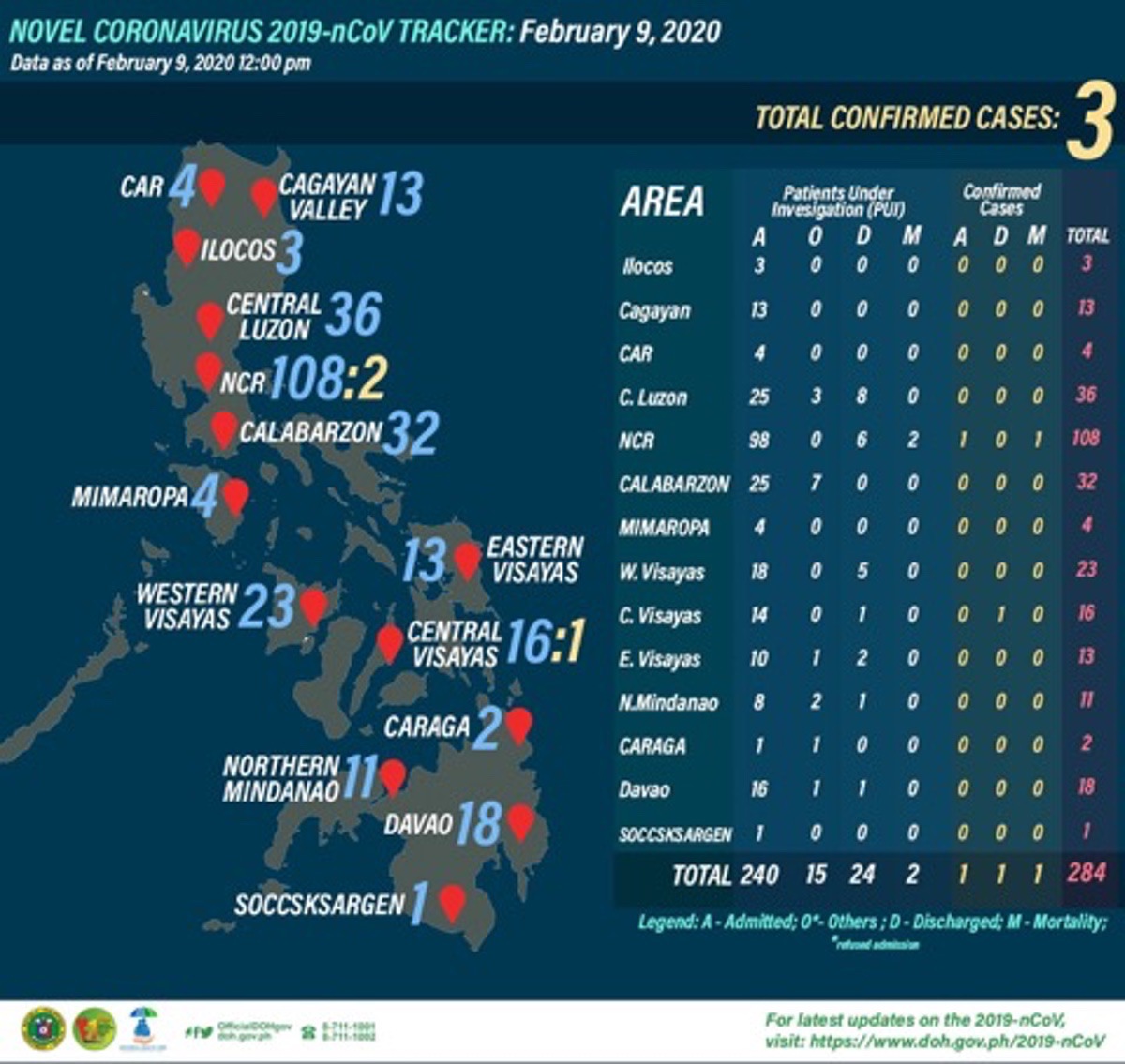 A Filipino seafarer was quarantined in a cruise ship in Japan for being positive of nCoV while another Filipino in the United Arab Emirates was also infected with the disease.

Unlike Singapore, however, there is no existing system in the Philippines similar to DORSCON. Tiered warning systems only exist for emergencies such as tropical storms, volcanic events and overseas travel advisories.

On occasion, the Philippines issues specific declarations such as a “National Dengue Alert” and a “National Dengue Epidemic,” both of which were declared by the Department of Health during the rainy season in 2019 after the number of cases doubled from the year before.

When it comes to the nCoV, the United States embassy did issue a “health alert” on Jan. 31, saying the US Centers for Disease Control and Prevention is “closely monitoring an outbreak of a respiratory illness caused by the novel coronavirus.”

There have been cancellations of events in the Philippines as precautionary measure against nCoV. The Department of Education also suspended field trips and all national gatherings of teachers and students.

However, these are based on the respective assessments of departments or agencies, local government units or groups organizing the different activities.

The need for a coordinated and comprehensive approach in tackling outbreaks cannot be understated. For instance, the World Health Organization (WHO) said demand for face masks “is up to 100 times higher than normal and prices are up to 20 times higher,” exacerbated by widespread and inappropriate use of personal protective equipment outside patient care. As a result, there are now depleted stockpiles and backlogs of four to six months.

“Global stocks of masks and respirators are now insufficient to meet the needs of WHO and our partners,” the WHO said on Friday, adding this unprecedented global demand for face masks and other protective equipment has created potentially dangerous shortages for those who need them most. 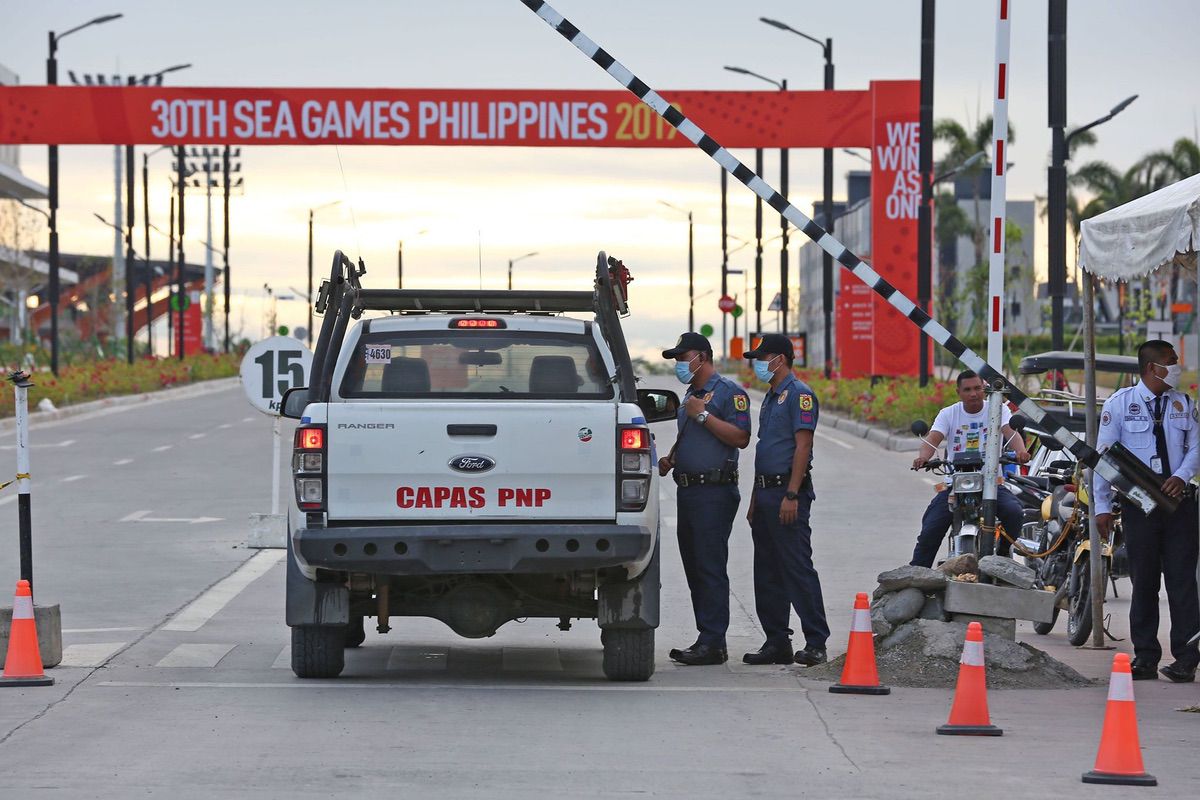 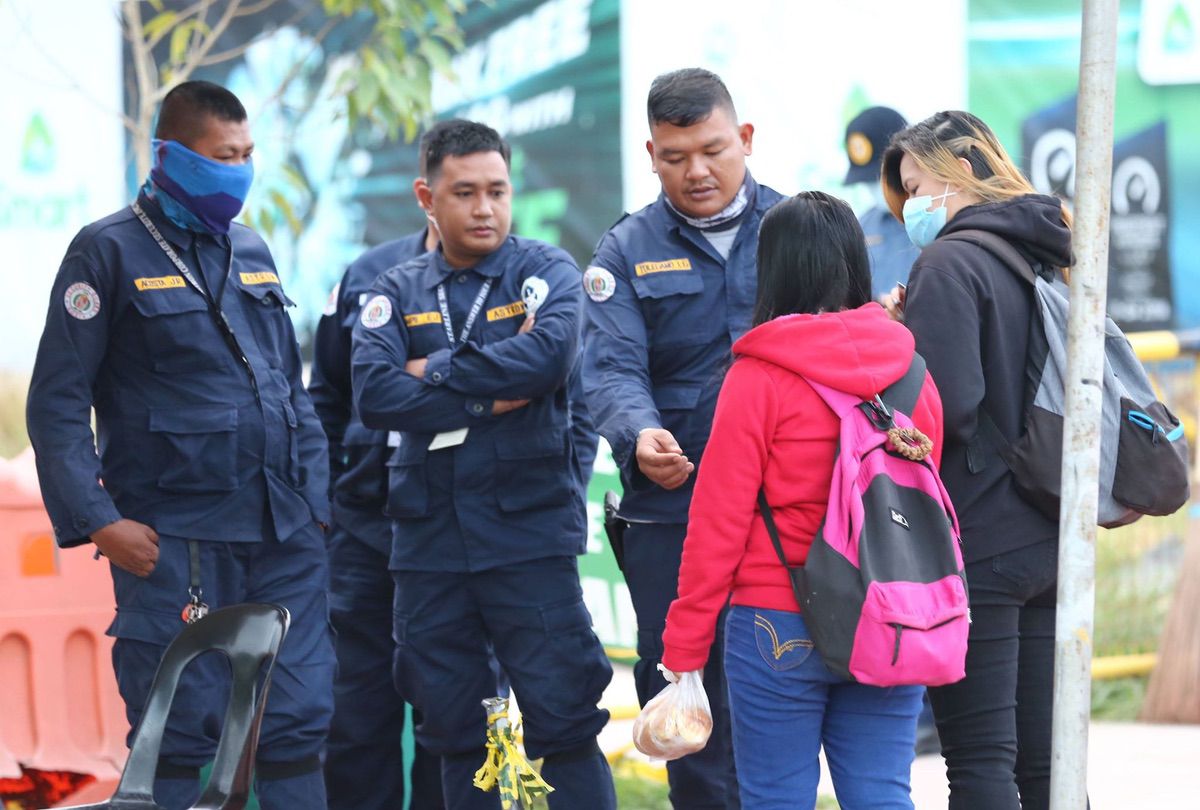 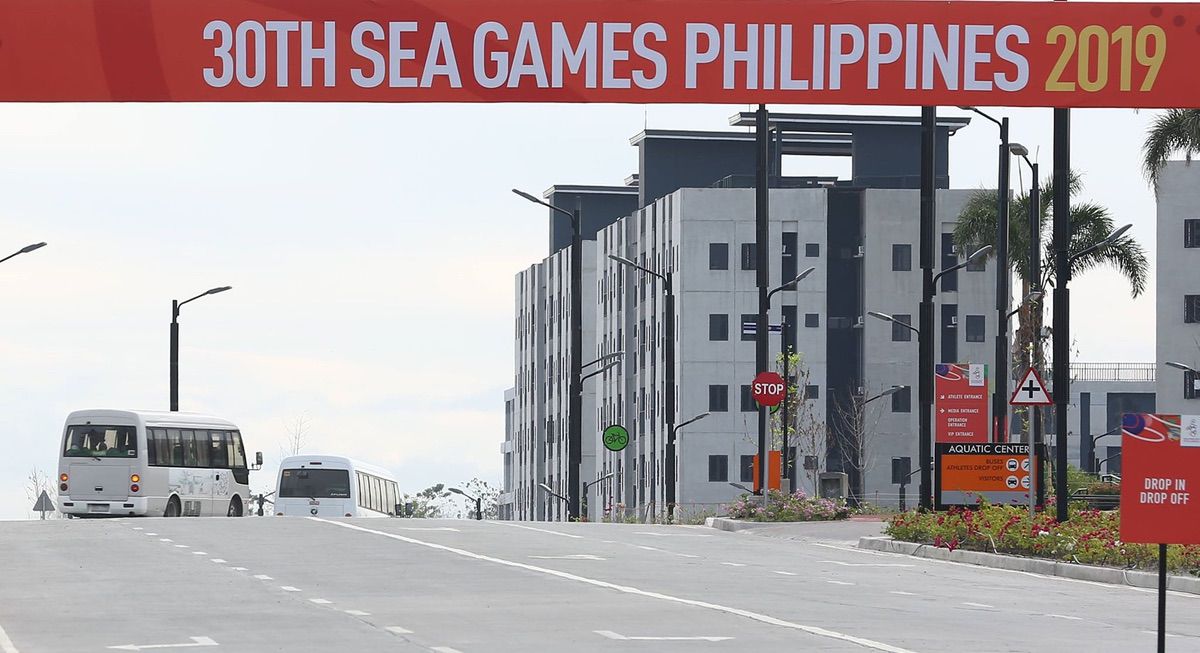 The DOH has already deployed medical teams to the NCC to check the repatriated Filipinos who might show signs of symptoms of illness during their 14-day quarantine in the facility.

The medical teams will assess and determine the need for the repatriated Filipinos to be transferred to a hospital for close monitoring.

The DOH is in charge of the management, coordination and logistics of the entire quarantine process.

"Repatriated OFWs will be attended to and treated with utmost care. Regular monitoring will be conducted to ensure their health and safety," the DOH assured the public yesterday.

The DOH sent a five-member team to assist in the repatriation of the overseas Filipino workers (OFWs) from Hubei. The team went to China and flew home together with the repatriates who were immediately brought to the NCC upon arrival at Clark Air Base.

The OFWs underwent screening before boarding the plane, during the flight and upon landing.

Aside from the OFWs and one child, the DOH also placed under quarantine two DFA staff who coordinated the repatriation in Wuhan, five members of the DOH medical team, six airline crew and three members of the DFA team.

Malacañang assured the local government of Capas, Tarlac that measures are in place to prevent the spread of nCOV in the wake of concerns about the plan to make NCC a quarantine area.

The Capas town council is planning to ask the court to stop the use of the NCC as quarantine facility, saying local workers would be highly susceptible to contracting and transmitting the virus because they would be working with persons being investigated for nCoV.

The housekeeping and utility workers of the Athletes’ Village are from various Capas villages, the local town council noted.

But presidential spokesman Salvador Panelo said local governments could not stop the quarantine of the Filipino workers from Hubei province in the Athletes’ Village.

“Second, all protocols are being implemented so they are not in danger. Those who arrived have been isolated,” he added.

Capas councilors also argued that the stigma attached to the nCoV would derail efforts to attract investors to the NCC. Town residents have suggested that the government designate a drug rehabilitation center at Fort Magsaysay in Nueva Ecija as quarantine site. Both Nueva Ecija Gov. Aurelio Umali and the Philippine Drug Enforcement Agency, however, are opposed to the conversion of the drug rehabilitation center into a quarantine center.  – With Mayen Jaymalin, Pia Lee-Brago, Alexis Romero