With a 43-medal haul on the first day of the 30th Southeast Asian Games, Sunday’s massive medal collection could be a prelude to an overall championship. 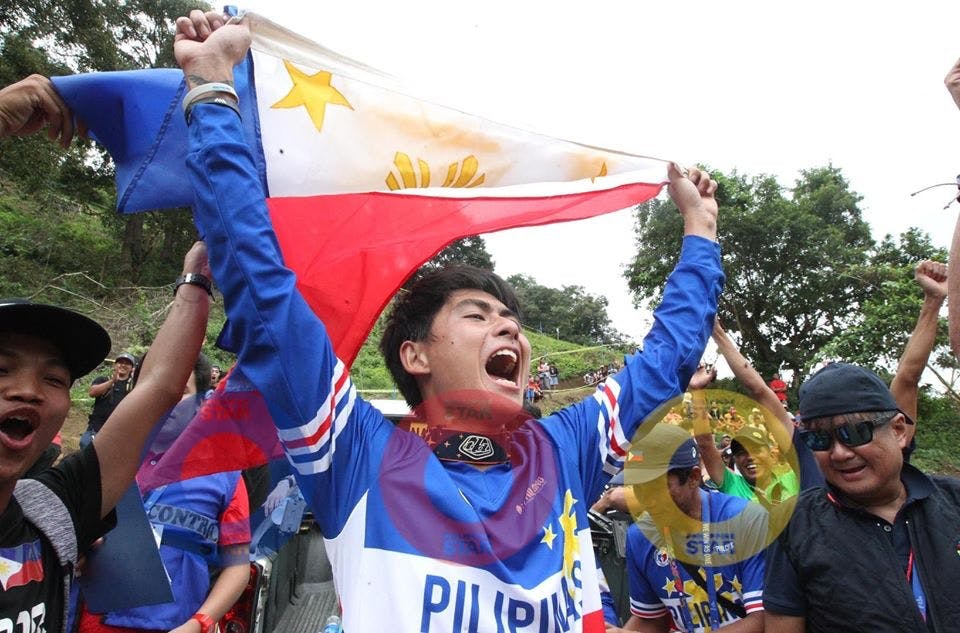 Twenty-two gold, 12 silver and nine bronze medals for the Philippines.

By producing 43 medals on Sunday, Dec. 1, the first day of the Southeast Asian (SEA) Games, the country found its way on top of the medal tally and increased its potential to clinch the overall championship in the biennial meet again.

Dance sports led the massive haul of the Filipino contingent, winning 10 of the 13 gold medals at stake, while triathlon, sepak takraw and the men’s arnis teams swept their way to ruling their respective events — moments that defined the athletes’ dominating performance right from the get-go.

Triathlon started the day with a bang – literally and figuratively – as the Filipino bets in the men’s and women’s individual race were able to end up finishing 1-2 and assert their domination.

John Chicano, now the main man for the Filipino triathletes following the non-inclusion of reigning two-time champion Nikko Huelgas, picked up from where his predecessor left off. He finished with a time of one hour, 53 minutes and 26 seconds. 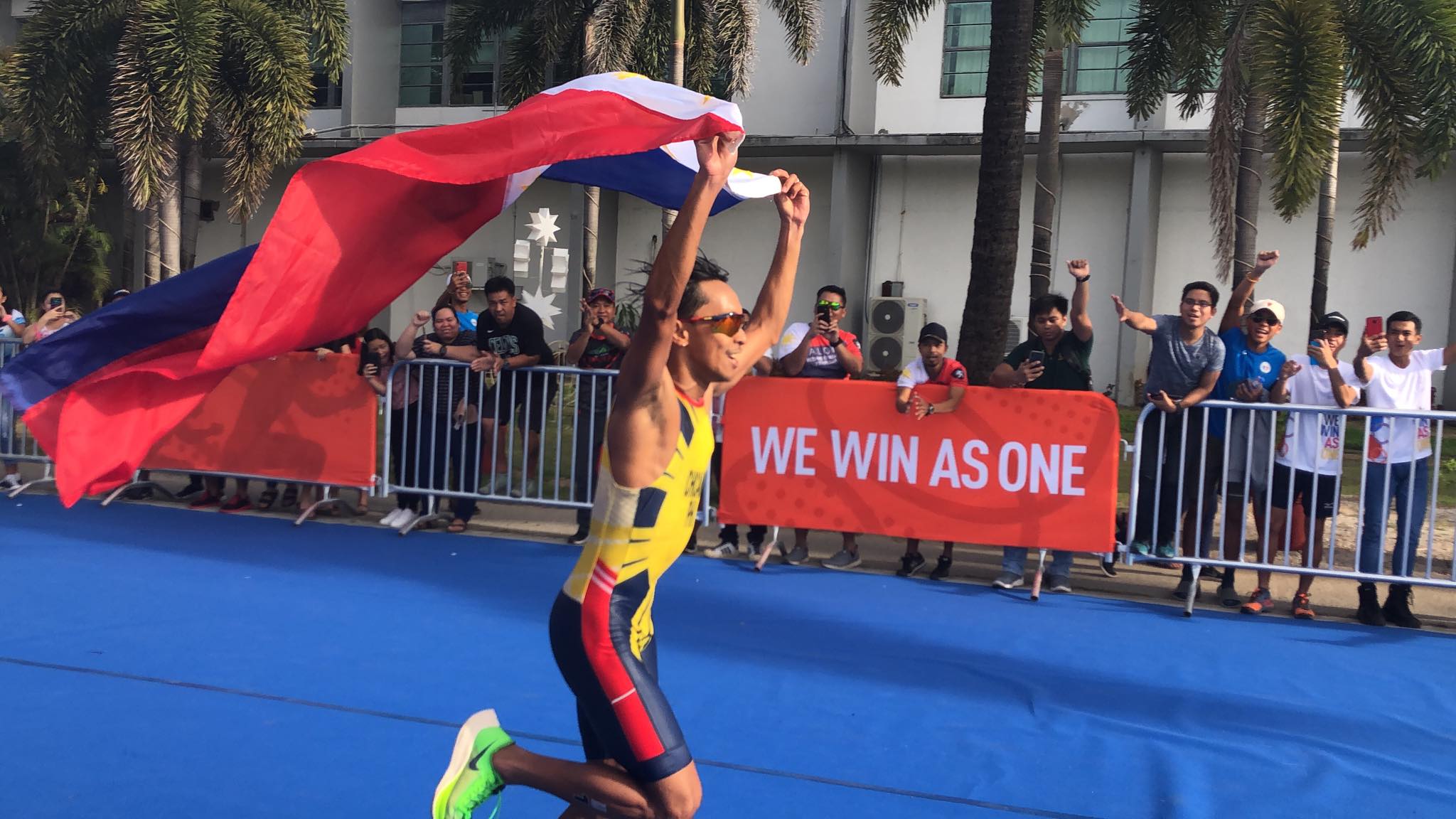 Placing second was 19-year-old Andrew Remolino, the better swimmer between the two Filipinos entered in the field but could only stay behind Chicano in the run and bike disciplines.

It was a twin victory posted by the triathletes shortly after. Kim Mangrobang and compatriot Kim Kilgroe stamped their way to winning the women’s individual race.

Seriously vying for an Olympic berth, Mangrobang blazed past her competitors and clocked in at two hours and two seconds. Kilgroe settled for silver, but the 1-2 punch completed a day of sweep for the triathletes. 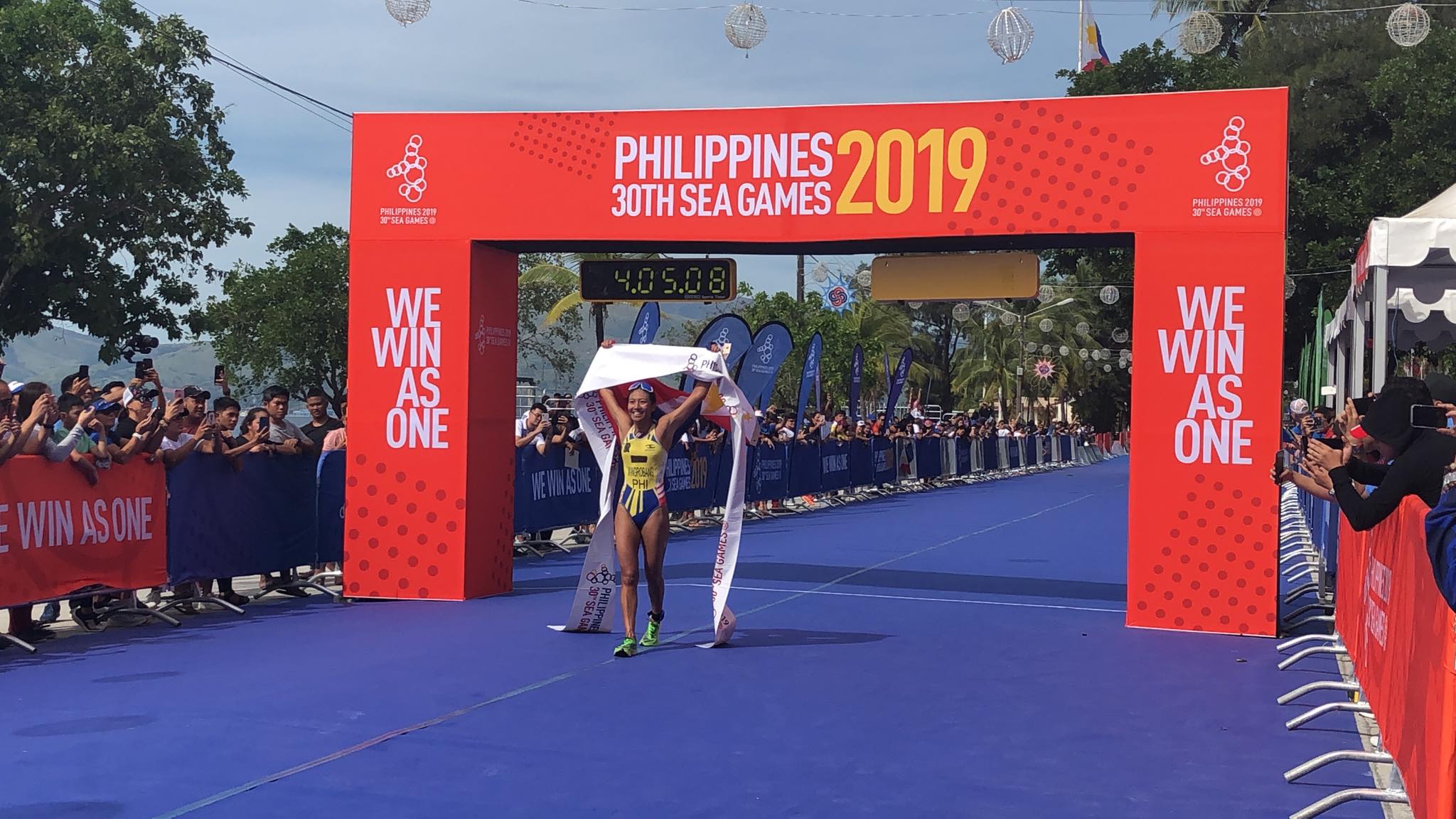 Two more squads were able to score a sweep of their own — the sepak takraw team and the arnis men’s squad.

The women’s sepak takraw team found themselves winning with a score of 670-660 against an Indonesian squad that waltzed its way to the championship round as powerhouse Myanmar was dislodged off the race.

Inspired by their teammates, the men’s squad also got the job done and made it a double celebration for the sepak takraw team.

Arnis, an indigenous Filipino sport, also made its presence felt, and the men’s team responded by sweeping all the four gold medals at stake in different weight classes. 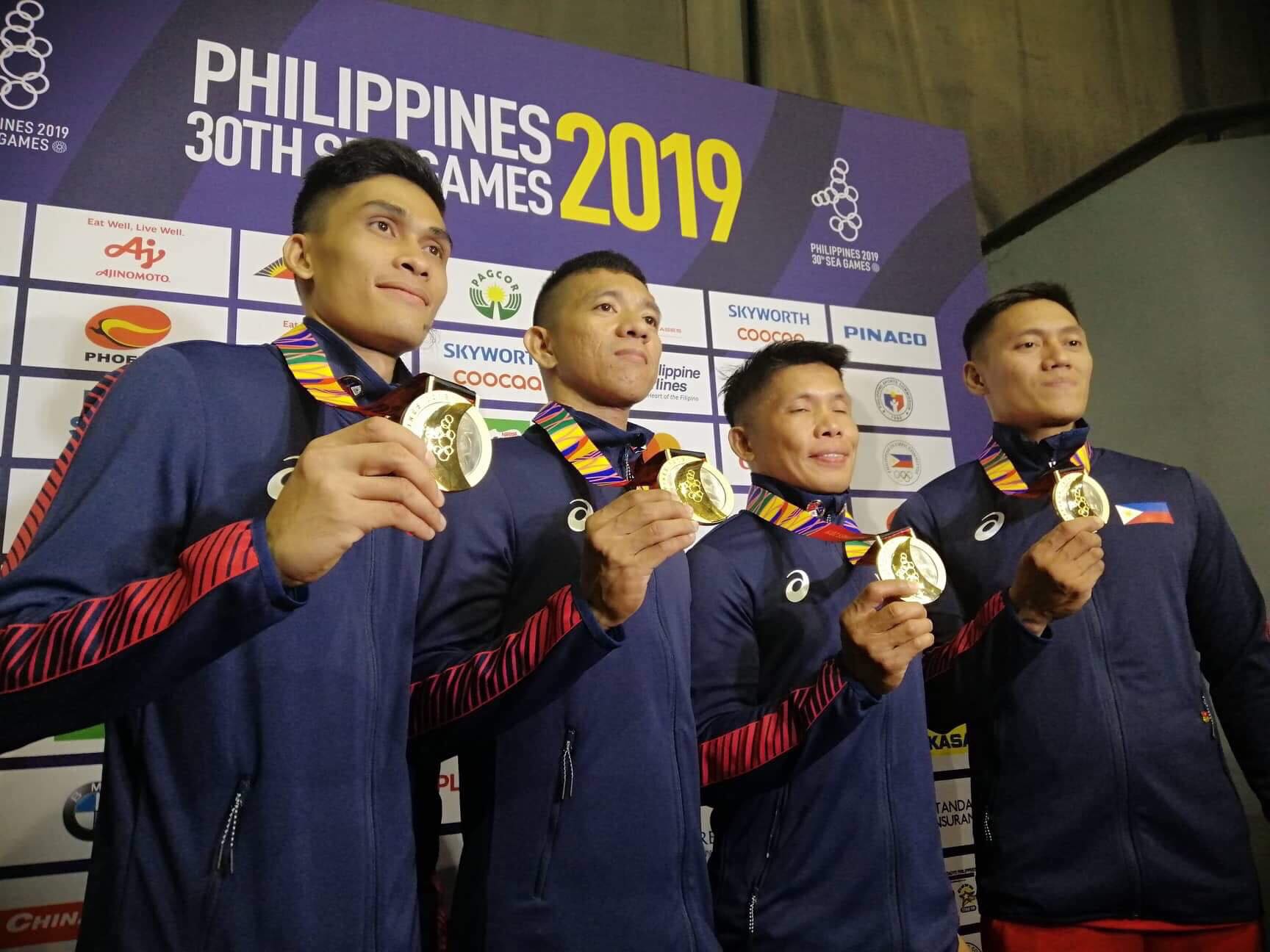 The marquee athletes also lived up to expectations on Sunday as Carlos Yulo and Agatha Wong dominated their respective fields and made their own contribution to the gold medal haul.

Following his recent triumph in the World Gymnastics Championship in Germany, the 19-year-old Yulo flexed his muscles and topped two categories that enabled him to bag the gold. In the floor exercise, he raked up a score of 14.650 to top all performers, then added his score horizontal bars where he garnered 13.750.

For Wong, winning the taijiquan event in wushu the second time around was sweeter. This time, she was able to surpass her previous feat after she registered 9.67 on her way to winning her second SEA Games gold.

He has projected a modest goal of 130 goal medals and a lofty objective of collecting 200 by the time the Philippine contingent wraps up its campaign.

“That’s enough for us to win the overall championship. All these things, pinag-aralan naman natin ‘yan,” he said.

According to Tolentino, he wants to see every event to win at least two gold medals each in the 56 lined up by the POC. 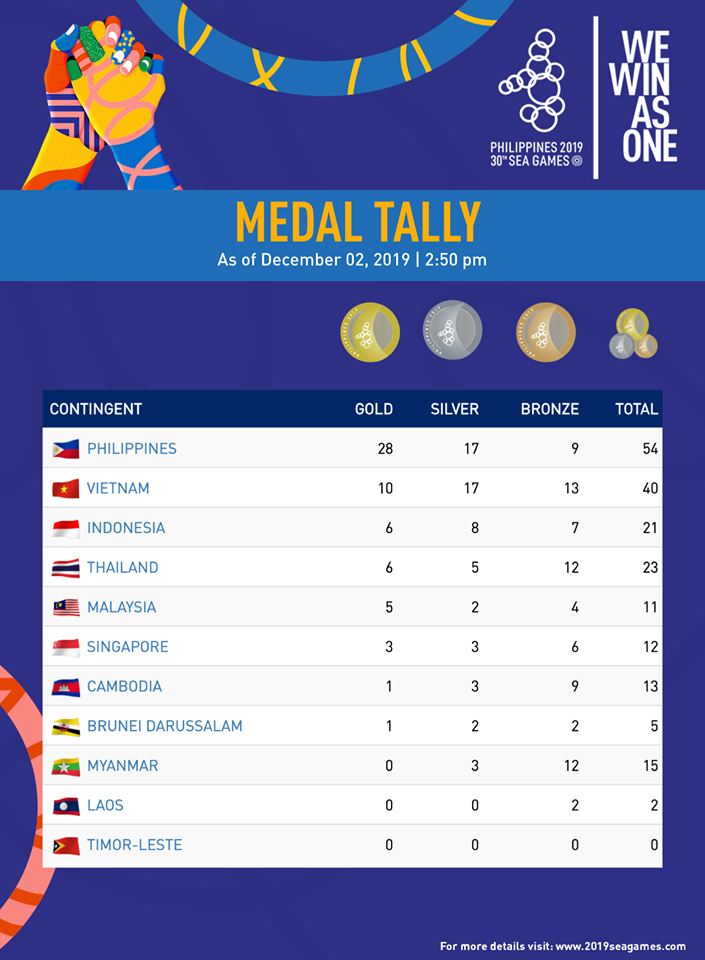