What To Expect On Day One Of The SEA Games

OneNews.PH will be here every step of the way give you in-depth coverage of the 2019 Southeast Asian Games as it happens. Presented by PLDT Home.

OneNews. PH
Triathlete Kim Mangrobang, wearing the colors of the Philippine flag, leads the peloton during the cycling stage of the European Triathlon Cup held in Faro, Portugal in March 2018. Photo from Mangrobang's Facebook page

More than a thousand athletes competing in 530 events, including 10 debuting sports disciplines, lead the Philippines’ bid to reclaim the overall championship in the Southeast Asian (SEA) Games.

The last time the country hosted the biennial meet, the Philippines hauled 112 gold, 85 silver and 93 bronze medals to win the coveted overall championship.

That was 14 years ago — a moment of glory that would crumble in subsequent meets. After a triumphant hosting and ascension as the best team in the SEA Games in 2005, the Filipino athletes slumped over the years, only salvaging 23 gold, 33 silver and 64 bronze medals in the last staging of the games.

Alongside inherent advantages that come with hosting the games, the Philippine contingent is looking to move past its debacles and put on a show, hosting controversies aside. The target is to do a repeat of 2005. 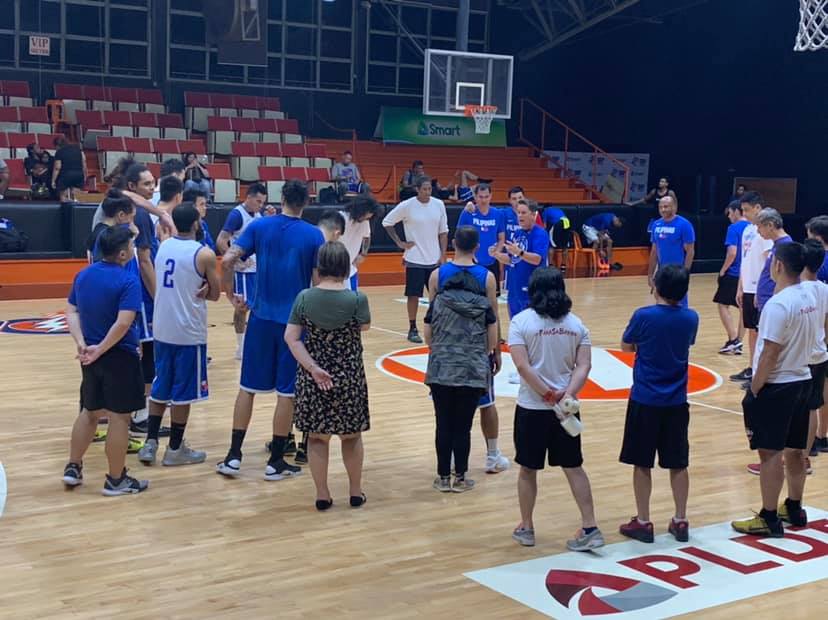 Since 1991, when basketball competitions in the SEA Games were last played at home, the Philippine men’s basketball team has lorded it over the hard court.

No cage competition was held in the country when the Philippines last hosted the SEA Games as our basketball federation, then known as the Basketball Association of the Philippines, was suspended by FIBA (International Basketball Federation), the world’s governing body in basketball.

But even that didn’t snap the Filipino cagers’ gold medal streak. Whether sending a rag-tag team, a bunch of college or amateur players or selected pros, the Philippine quintet has remained dominant in the men’s basketball competitions in this part of the globe.

This year’s team will be composed of stars from the Philippine Basketball Association (PBA), which will be a new version of Gilas Pilipinas, now mentored by coach Tim Cone. Although they may lack in preparation, the squad is oozing with talent, especially in the Southeast Asian level where these pros could easily impose their will.

Bannering this year’s squad is reigning five-time PBA Most Valuable Player June Mar Fajardo, who will anchor the squad on both ends of the floor. The 6-foot-10 center from San Miguel Beer will be joined in the lineup by fellow frontliners Japeth Aguilar, Christian Standhardinger and Troy Rosario, guards LA Tenorio, Kiefer Ravena, Stanley Pringle, and Chris Ross, shooters Marcio Lassiter and Matthew Wright, and bruising forward Vic Manuel.

Roger Pogoy, a two-way wing player, has been scrapped from the lineup due to a severe back spasm, and Gilas Pilipinas management is still undecided whether to replace the TnT shooter or not.

The Philippine men’s basketball team is expected to slam dunk its way to the top and reassert its might, but the cagers are not only the country’s hope in our gold medal hunt.

Billiards, boxing and weightlifting are being touted to deliver the country’s gold rush, as are the triathlon team, athletics and even esports.

Through the years, billiards has become a medal-rich sport and the country has every reason to feel upbeat. 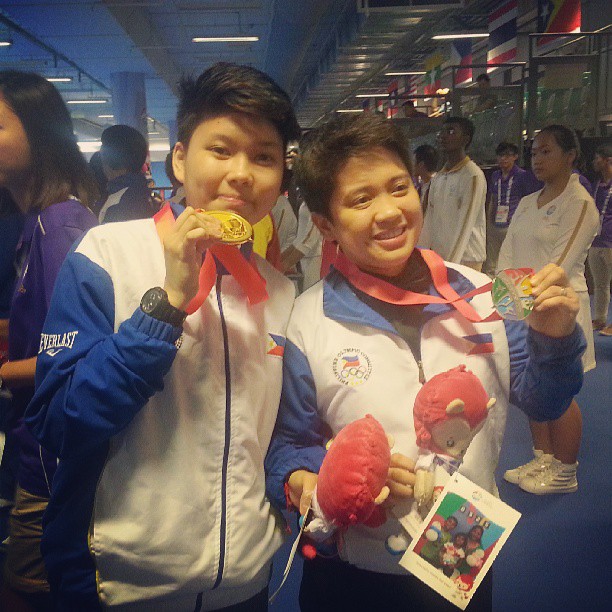 Amit is ranked third in the world in the latest ranking released by the World Pool-Billiard Association. Since representing the country in the 2005 SEA Games, she has collected six gold medals in the biennial meet.

Biado, on the other hand, is ranked fourth in the world and just like Amit, the former Athlete of the Year awardee is also a multi-titled champion. He won the gold medal in last year’s games in Malaysia and was also part of the duo that ruled the doubles event in the 2015 SEA Games.

The team also has Chezka Centeno, the reigning two-time gold medalists in the games, who dislodged Amit as champion, as well as former world champion Dennis Orcullo.

Nesthy Petecio, who recently won the world women’s championship, will spearhead the boxers’ campaign along with Eumir Marcial, silver medalist in the AIBA World Championship.

Olympian Hidilyn Diaz, a  strong contender to win her class in weightlifting, is expected to deliver along with pole vault bet EJ Obiena, who smashed the national record by registering 5.81 meters to rule the World Universiade, and Fil-American Eric Cray, a four-time gold medalist in the SEA Games, in the 100-meter dash.

Triathletes Kim Mangrobang, John Chicano and Andrew Remolino will be the outstanding favorites to rule their respective divisions and contribute to the gold haul of the Pinoys even as the debuting esports are likewise tasked to produce early and make their presence felt. 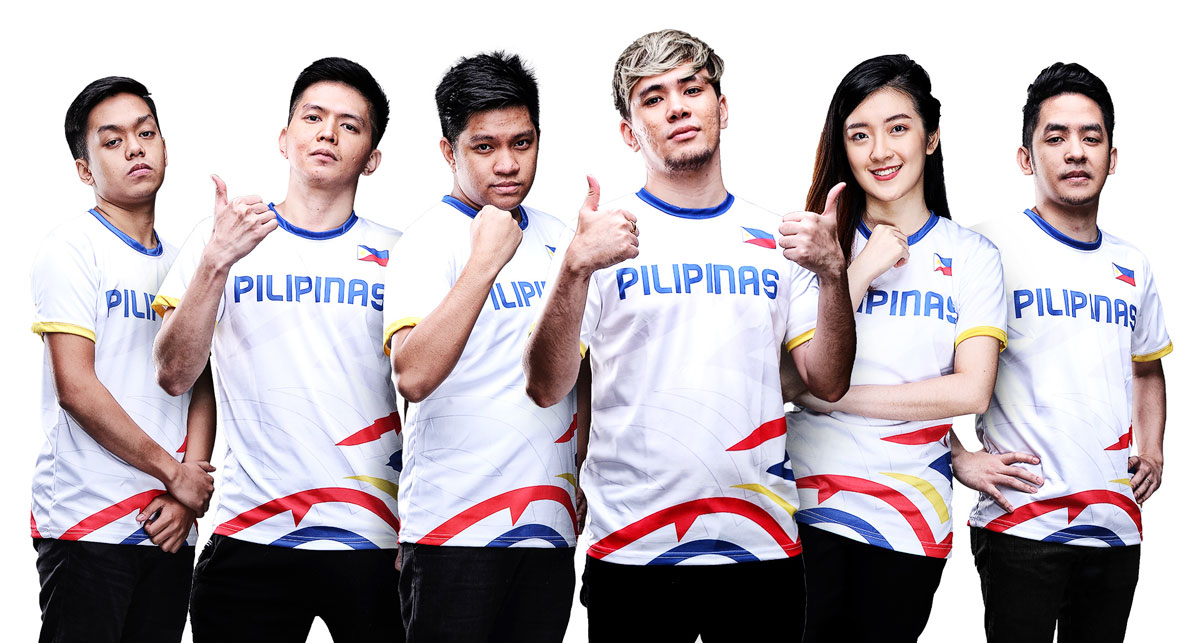 Esports will be one among the disciplines seeing action in the biennial meet for the first time, but believe it or not, it’s a sport Filipinos could excel in, according to Ren Vitug, secretary general of eSNAP (eSports National Association of the Philippines).

No less than four gold medals are being projected by Vitug, who sees events like DOTA 2, StarCraft, Tekken and Heartstone joining the country's gold medal prospects. 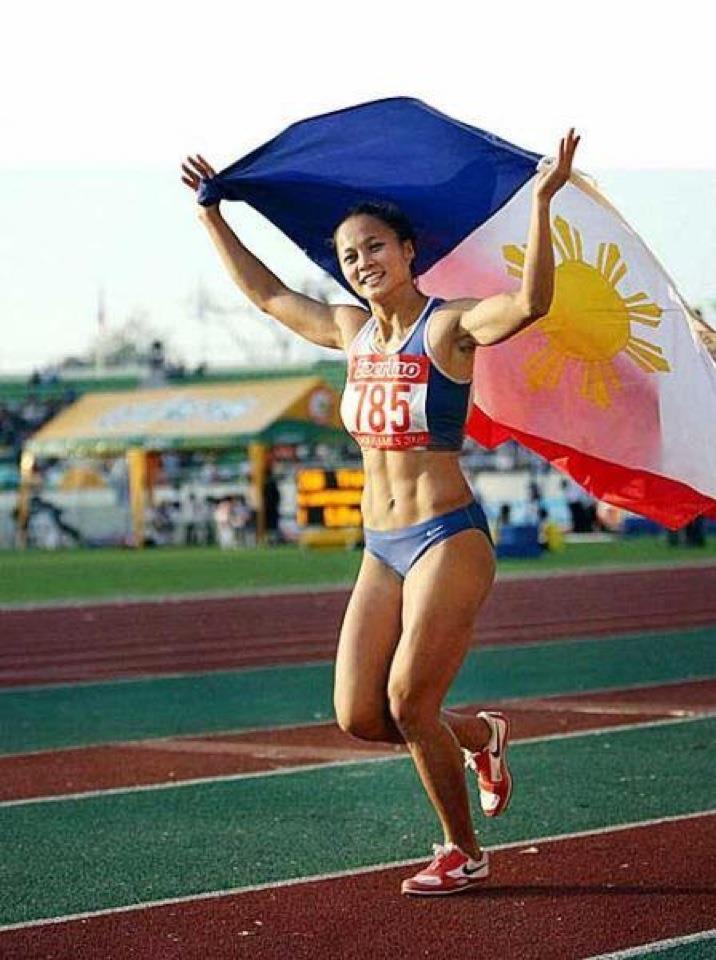 For many years, the names Efren “Bata” Reyes and Marestella Torres-Sunang have been synonymous to success in their respective fields.

Reyes was a two-time world champion and is a living legend in billiards.

His charm equals the status of a movie celebrity, which he in fact became one when he acted opposite the King of Philippine Movies, the late Fernando Poe Jr., in one of the latter’s films.

Known in the pool circuit as “The Magician,"  Reyes tends to deceive opponents with a demeanor that makes it hard to believe how he manages to simply clean up the table, sinking balls one after another.

Reyes has won both the World 9-Ball and World 8-Ball Championships. He has represented the country in different parts of the globe, competing against the best. Now 65, he is playing his last event as he decides to finally hang his cue right after competing in the 3-Carom event.

Torres-Sunang is now an athlete, mom and wife all at the same time. She has decided that this year’s edition of the SEA Games would be her last. But she will not be doing so without leaving behind a stellar career — one that saw her garnering international recognitions not only in the biennial meet but also at the Asian level. She won the Asian Championship in Guangdong in 2009 on top of winning four gold medals throughout her career as the reigning long jump queen, beginning with the SEA Games in Manila in 2005.

Now retiring from the sport, Sunang is leaving a legacy as the record holder in the SEA Games long jump with a 6.71 meters record achieved during the 2011 meet in Indonesia.