The World Health Organization says there are signs that the coronavirus disease 2019 or COVID-19 epidemic could be contained, but the world could not be complacent as more cases were reported outside China rather than inside for the first time. 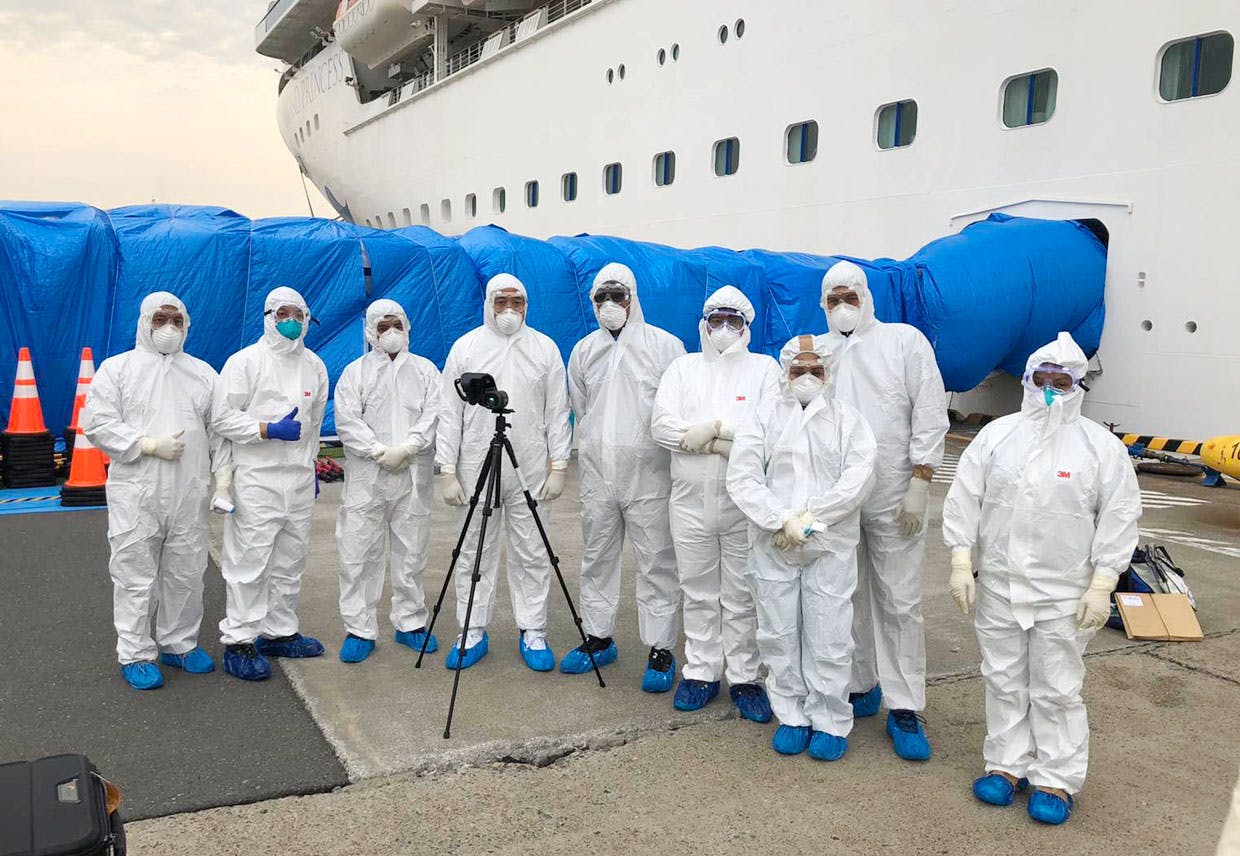 The team from the Philippines that helped repatriate Filipinos from the quarantined cruise ship Diamond Princess in Yokohama, Japan on Tuesday, Feb. 25, 2020. Photo from the Department of Health

The World Health Organization (WHO) expressed confidence on Wednesday, Feb. 26 that the coronavirus disease 2019 (COVID-19) could be contained, citing the Philippines as one the countries that had not reported a new case for more than two weeks now.

But WHO Director General Tedros Adhanom Ghebreyesus said during his daily briefing in Geneva that this “doesn’t mean that cases may not come back.”

The WHO chief also revealed that cases in China were declining based on a report by the WHO-China mission that went to several provinces in that country and even Wuhan City, the epicenter of the outbreak.

Based on the report, Ghebreyesus said the epidemic peaked and plateaued between Jan. 23 and Feb. 2, and had been declining steadily since then.

But the report “highlights questions for which we still don’t have answers,” Ghebreyesus said as he noted that the number of new cases reported outside China exceeded those inside for the first time.

“But the key message that should give all countries hope, courage and confidence is that this virus can be contained,” he said.

In the Philippines, the Department of Health (DOH) reported that the number of patients under investigation (PUIs) for possible COVID-19 infection reached 615 as of yesterday morning. Of the number, 548 have been discharged while 64 are still confined in hospitals.

The DOH also said 524 of the PUIs tested negative for the virus while 42 are still awaiting laboratory results. Meanwhile, the Filipino crew of cruise ship Diamond Princess who were repatriated from Japan earlier this week have not shown any symptoms of infection. But DOH Secretary Francisco Duque III later told One PH, Cignal TV’s all-Filipino news channel, that three of them showed COVID-19 symptoms and were taken to the hospital to undergo the necessary tests.

“The primary objective of all countries with cases must be to contain the virus. As I told you, I read the list of nine countries that have not reported cases for two weeks. We should do the same: try to contain,” the WHO chief said.

“At the same time, all countries, whether they have cases or not, must prepare for a potential pandemic. Every country needs to be ready to detect cases early, to isolate patients, trace contacts, provide quality clinical care, prevent hospital outbreaks, and prevent community transmission,” Ghebreyesus added.

Read more: Pinoy tourists can’t travel to South Korea due to COVID-19; WHO says no pandemic yet 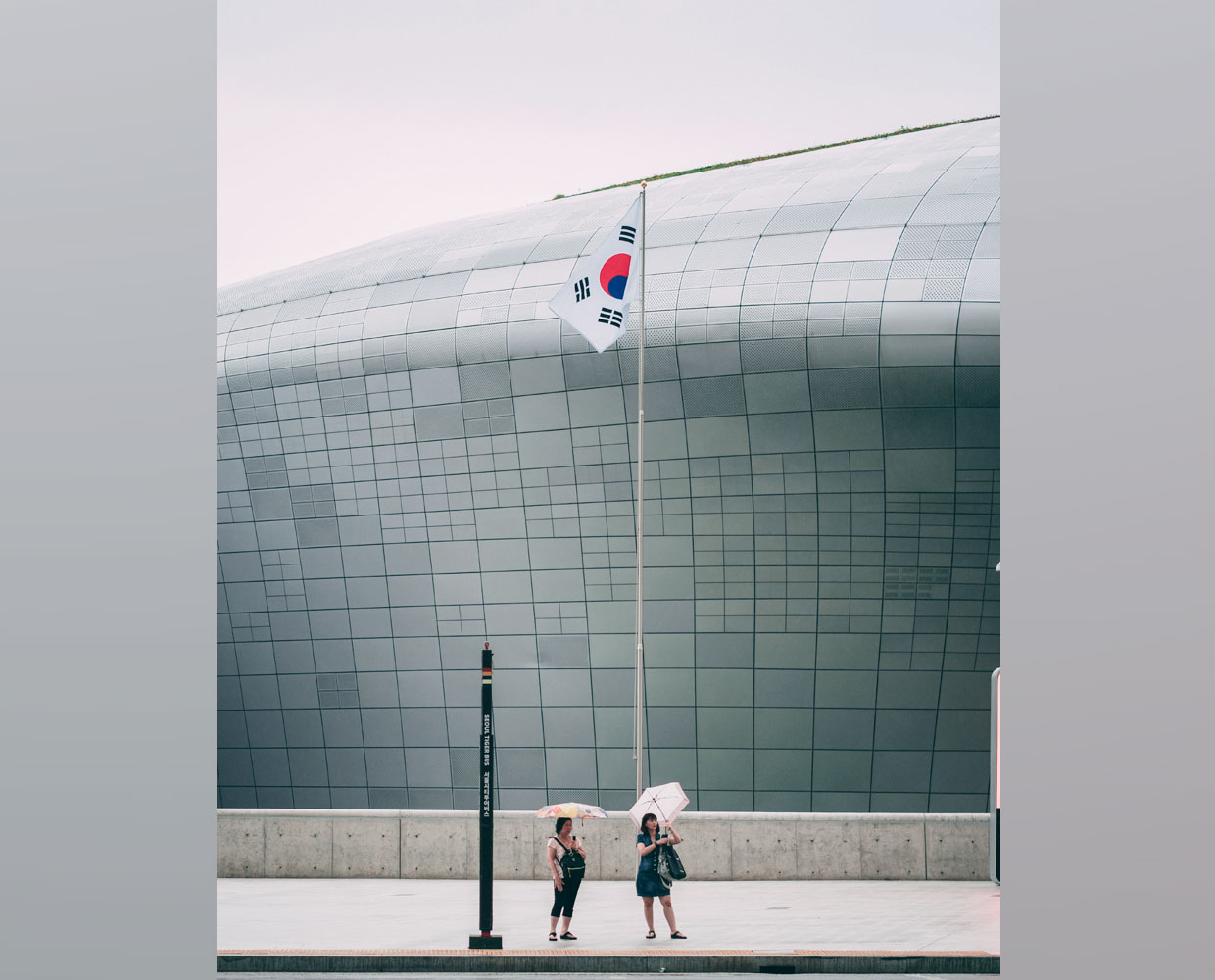 On Tuesday, the Department of Labor and Employment reported a slowdown in the departure of overseas Filipino workers (OFWs) amid the COVID-19 epidemic.

DOLE Secretary Silvestre Bello III said Filipino workers appeared to be no longer in a rush to leave the country even after the lifting of the travel ban on Hong Kong, Macau and Taiwan as a precautionary measure. Other OFWs were allowed to go on extended vacation by their employers.

Yesterday, Bello said it was the DOLE that decided to scale down deployment of newly hired OFWs to countries affected by the potentially deadly virus to protect them “while we observe the situation.”

In an interview on Wednesday night, Bello pointed out that due to the high incidence of abuse of OFWs, DOLE had slowed down the deployment of Filipino workers to the Middle East long before the COVID-19 epidemic broke out in that region.

Bello assured OFWs that a newly imposed partial travel ban would not affect their departure for South Korea, which reported the highest number of COVID-19 cases outside China.

“They will just be required to sign a declaration,” Bello said. “The exemption of OFWs is good news for us.”

Bello noted the DOLE is opposed to any plan to stop the deployment of OFWs to South Korea or any other country affected by COVID-19 at this time.

Although many people have been infected with COVID-19 in a province in South Korea, Bello pointed out that not a single Filipino in that country has been affected. He said the Filipinos are complying with the precautionary measures in South Korea.

Bello said a considerable number of Filipinos leave the country daily for jobs in South Korea. Most of them are factory workers.

He reminded all Filipinos working abroad to strictly comply with the advisories issued by the Philippine Overseas Labor Offices for them to avoid COVID-19.

The DOH announced yesterday that travelers from North Gyeongsang province in South Korea are still allowed to enter the country until tomorrow, Feb. 29.

DOH Assistant Secretary Maria Rosario Vergeire clarified that the travel ban covering visitors from Daegu City and North Gyeongsang province would take effect 48 hours after the signing of the order.

“When the travel ban was being discussed by the inter-agency task force, it was agreed upon that agencies be given 48 hours to properly enforce the temporary travel restriction,” Vergeire said.

She said the resolution imposing the travel ban was expected to be signed by all members of the Inter-agency Task Force (IATF) yesterday afternoon.

“Once the IATF resolution has been signed and copies have been received, then we count 48 hours. So that’s the time it becomes effective,” she said.

She said concerned government agencies were given enough time to enforce the travel ban “in consideration of various factors” affecting their mandate.

Except for visitors from North Gyeongsang province, Vergeire stressed travelers from other areas of South Korea are not barred from visiting the Philippines. But Filipinos are not allowed to travel to any part of South Korea, except for OFWs and others exempted from the travel ban.

Also yesterday, Vergeire said health authorities in Cebu were tracing the people who came in contact with the Koreans who came from Daegu City, the epicenter of the COVID-19 outbreak in South Korea.

“Our regional office and the local government are already doing the contact tracing and they have given an initial report. They also went to the places where the Koreans are so they can be advised properly,” Vergeire said.

She said it would be better to monitor the condition of the South Koreans than to deport them to Daegu City, which poses a higher risk of spreading the infection. 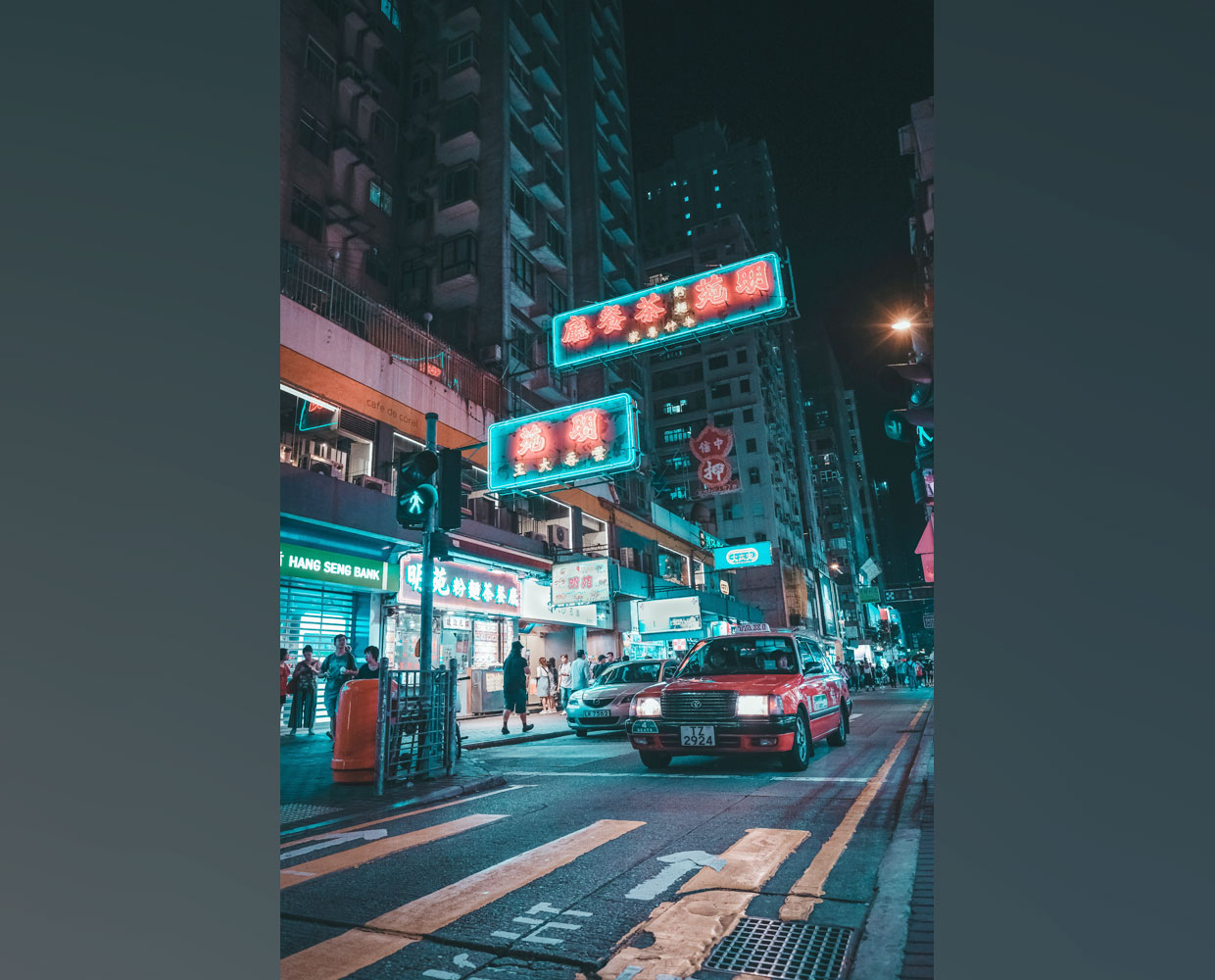 Another Pinay in HK infected

Also yesterday, the Department of Foreign Affairs (DFA), through the Philippine consulate general in Hong Kong, confirmed the report of a second Filipina who tested positive for COVID-19.

The DFA said the consulate was officially informed by the Hong Kong Health Department about the case and immediately checked the patient to ascertain her condition and provide needed assistance.

“Currently, the patient is in isolation in the hospital and is undergoing close observation,” the DFA added.

Meanwhile, the DFA reported that the first Filipina COVID-19 patient is healthy and asymptomatic, and is scheduled to be released today, Feb. 28, provided that her test results remain negative for the disease.

“The consulate continues to closely monitor the condition of all Filipino nationals in Hong Kong and render assistance as needed,” the DFA said.

As for Macau, Vergeire said the IATF is still discussing whether Filipino workers there should be repatriated.

“We will look into the possibility of repatriation with all possible factors like when and how they will be repatriated,” Vergeire said.

She noted that except for Filipinos in Macau, the government has not gotten any request for repatriation from OFWs employed in countries affected by the virus.

“We are coordinating with the embassy of Korea all the time, and we are told that Filipinos there are doing good and well advised. There is no request from them for repatriation for now,” Vergeire said.