Former president Benigno Aquino III has four dogs, but only Apollo is showing signs that he is missing his friend. 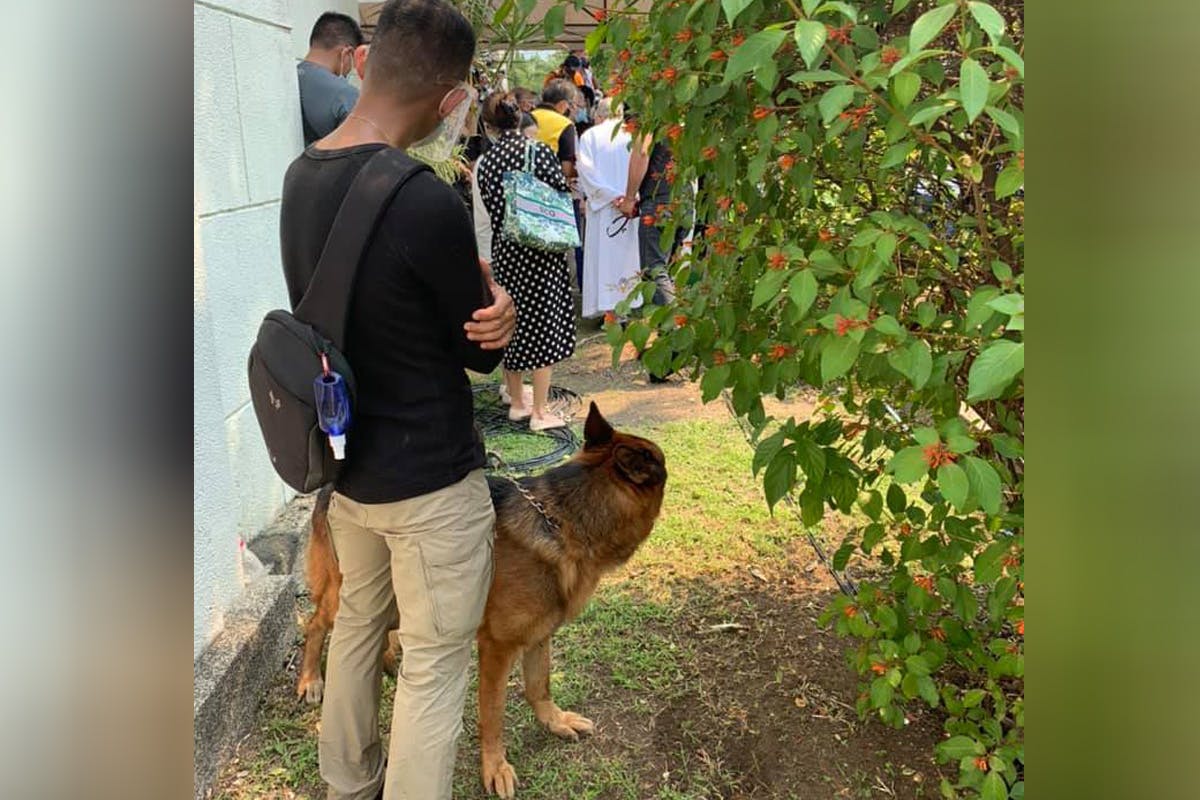 Former president Benigno Aquino III’s German Shepherd named Apollo had not been going out of his dog house and were showing signs that he is missing the late leader.

“You can see it in his eyes, parang laging nakababa,” Marine officer Ferdinand Reyno, who has been training and taking care of Aquino’s dogs, said on Friday, June 25.

Reyno is looking after Apollo, Athena, Nyak and Fritzie – the four dogs of Aquino – at his residence on Times Street in Quezon City.

The former president died in his sleep at his home on Thursday, June 24, due to renal disease secondary to diabetes. Efforts to revive him failed and he was declared dead at 6:30 a.m., according to those privy to his condition.

Apollo was a gift from lawyer and former Land Registration Authority chief Galland Diaz in 2015.

In a Facebook post, Aquino’s former speechwriter JC Casimiro said “of all those left behind, the most concerning is Apollo” because “his uneasiness for days” had been evident.

“Today, the tropa (or the group composed of Aquino’s household and office staff as well as security detail) brought him to Manila Memorial (Park) for one last time, to panel as is his duty and training, and to see for one last time, he who adopted and cared for him most personally,” Casimiro wrote on Saturday, June 26.

Aquino was laid to rest at the memorial park in Parañque City.

Aquino had Apollo when the dog was just four months back in 2015.

At five months old, Apollo was already trained to be a bomb-sniffing dog because Aquino wanted him to be part of his security group when he steps down from office.

Apollo lived and spent his training at the vast compound of Bahay Pangarap, Aquino’s presidential home, which also became his playground.

Prior to his death, Aquino’s sisters said on Thursday their brother had been in and out of the hospital for treatment of his illnesses.

During the full military honors before Aquino’s inurnment, two persons in blue short sleeves barong and black pants instead of military uniform joined the ceremonies for the former president. 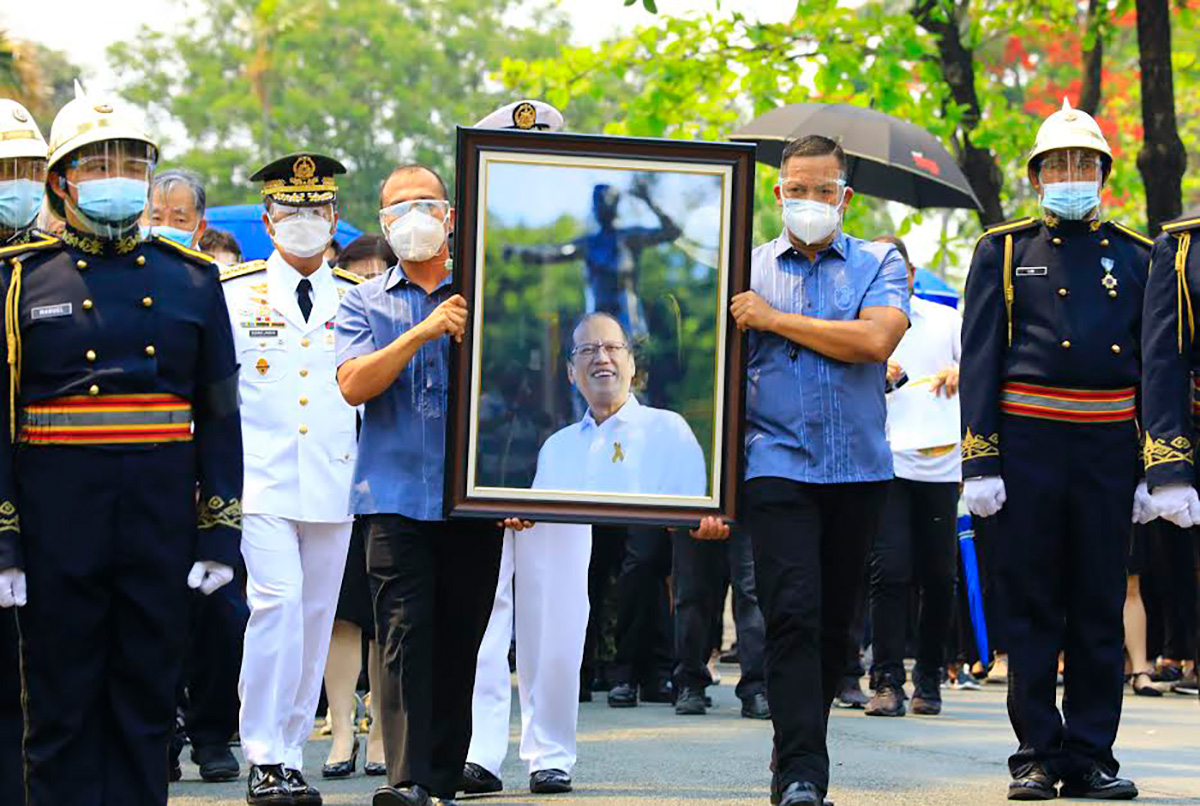 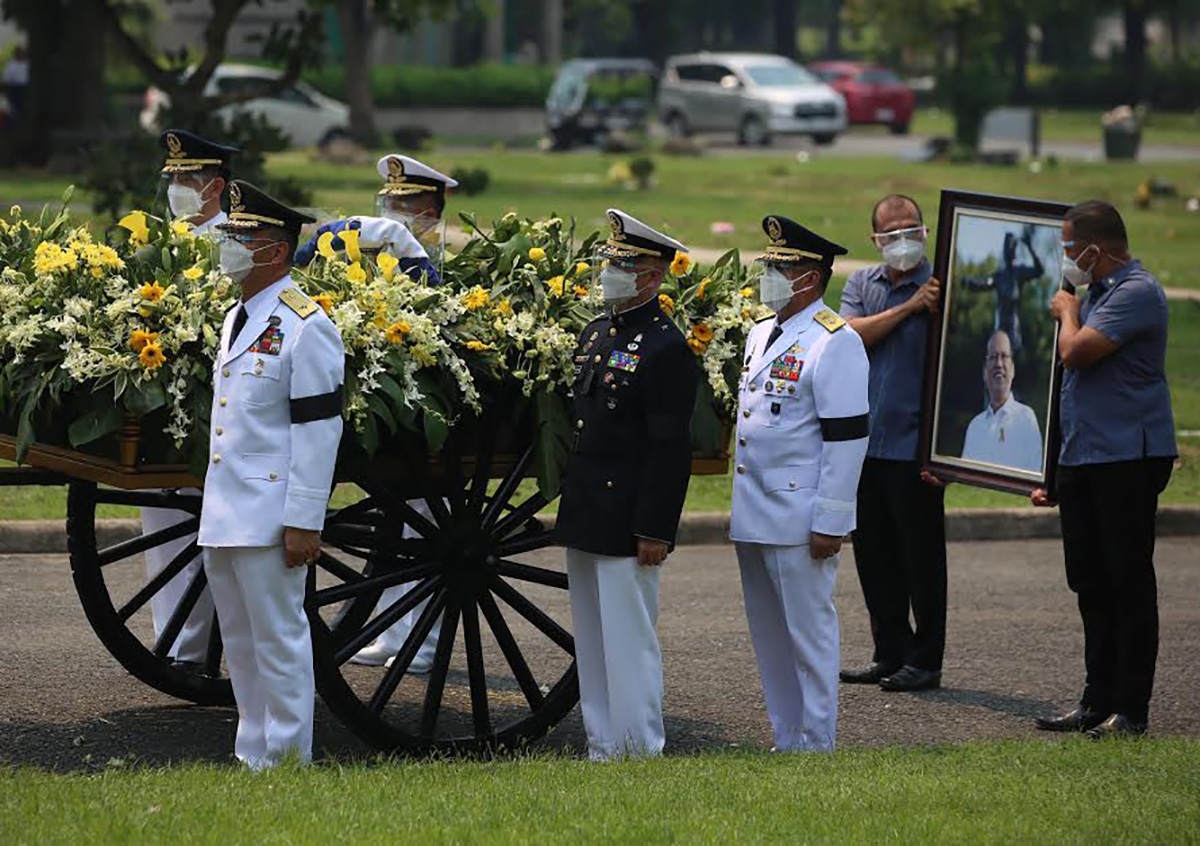 The two were the police officers who took care of Aquino – Jeffrey Africano and Gary Orozco. They were considered to be two of the former president’s reliable security detail all these years.

Africano and Orozco carried the framed photo of Aquino behind the six honor guards. Two of the honor guards held the urn of the former president and the Philippine flag, respectively.

Africano and Orozco called themselves the “police-nurses” of the late leader.

Shooting buddies: Noy ‘strict on rules’ both on and off firing range

Not even his closest shooting buddies got preferential treatment when Aquino was still president.

Retired military general Alvin Francis Javier recalled applying for promotion in the Armed Forces of the Philippines while regularly seeing Aquino in their shooting group.

“I told myself being friends with Boss Noy would be an advantage for me. But my promotion came after two years and three months when the regular process actually takes six months to one year only,” he revealed in the episode of “The Chiefs” on One News / TV5 on Friday night.

“One time he called me and told me there’s a process and there’s a board of generals that we had to await. So I thought to myself, Boss Noy was really different. He earned my respect more,” Javier said.

Javier stressed that while Aquino was jolly and throwing jokes all the time, he was “strict on rules and he applied it both at work and in the firing range.”

As a close shooting buddy, he bared that the former president was “really good” in the firing range.

“He was very, very competitive. Ayaw magpatalo (He doesn’t want to lose in competitions),” Javier said.

“That’s how good shooters are – they don’t like losing,” she commented in the same interview.

“He’s very proficient. He taught me how to shoot properly. And he taught all his security people how to shoot. He was very relaxed in the firing range,” Henares recalled.

Both Javier and Henares also remembered their last meeting with Aquino last Feb. 8 when their group celebrated his 61st birthday.

“He tried to show that he was OK. We knew he was a little weak, but he was taking it easy. Parang tinatago niya (It’s as if he was hiding his illness),” Javier shared.

“When we celebrated his birthday, he even joked that he looked 16 years old and not 61. He was trying to strengthen himself. He was going through all the checkups because he was preparing for a kidney transplant,” she disclosed.

Their group regularly meets at a firing range in Quezon City every Saturday. They are divided into two groups for their friendly competitions  – Ever Ready and Consortium.