Vice President Leni Robredo said “our policy is that while I am in government, no one is allowed to run in our family.” 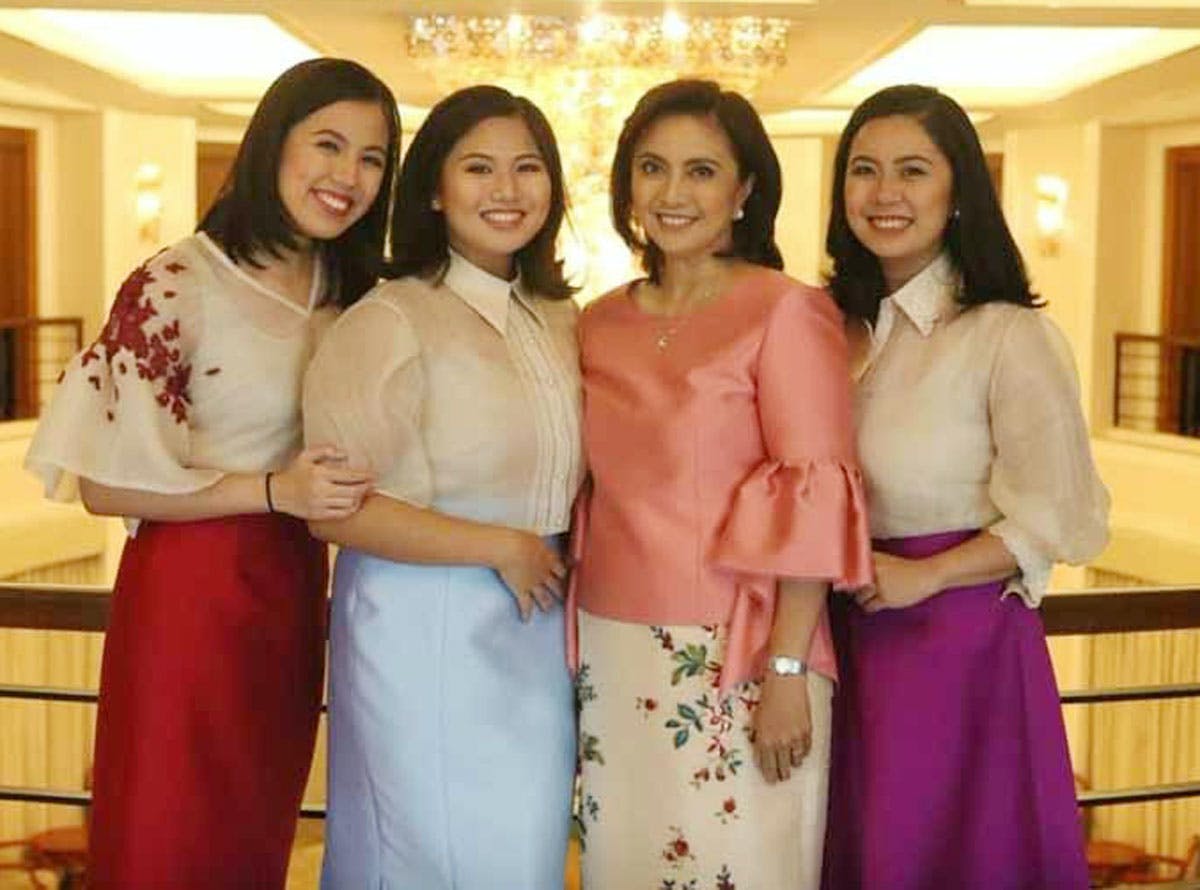 Vice President Leni Robredo and her children pose for a photo before attending the State of the Nation Address of President Duterte in July 2018.

Vice President Leni Robredo has reiterated her position against political dynasties, saying only one member of their family should run for elected post at any given time.

Speaking at an event in Baguio City on Tuesday, Dec. 7, Robredo confirmed that some local political in her hometown Naga are urging her eldest daughter Aika to run for mayor or some other post.

“But our policy is that while I am in government, no one is allowed to run in our family,” she said in Filipino.

While she hopes that none of her daughters will enter politics, the Vice President said she recognizes the possibility considering their upbringing.

“Because they were all born when their father was mayor already…it is not impossible. But I always tell them, if you will join (politics), number one: I should no longer be in politics. Number two, you should not inherit it. You have to go there and work for it,” she added.

While she does not judge those who have many members of their family in public office, the Vice President noted how it became an “ordinary” affair for many Filipinos.

Robredo earlier stressed the need for political reforms, including a review of the party-list system, which she said has paved “the way for consolidating of power of many political dynasties” in the country.

The Vice President is in Baguio City to attend the wedding of a staff at the Office of the Vice President. She also attended various activities, including meetings with religious leaders, supporters and volunteers.

During a people’s council event on Monday, Dec. 6, Robredo also urged her supporters not to wait for the elections to effect change and push for transformation.

“My request is that as we traverse this… six-month journey before the elections, let us do our part in making this country a better one for our children,” she said, reiterating her call for “radical love.”

“That is the only way we can start changing things. We can’t blame politicians all our lives because we do not control what others are doing. But what is it that we control? Our choices. We also control our actions, so what we can do, there is no small contribution. Everything is important,” she added in a mix of English and Filipino.

Robredo also urged her supporters to transform the movement into a crusade “not to elect a particular candidate, but to change the political landscape of our country.”

Noting the support coming from the ground, the Vice President again said that her candidacy will be far from the traditional or conventional campaigning.

“But having said that while we are very inspired by the kind of movement that is unfolding before our eyes, our eyes are also open to the reality that this is going to be a very difficult fight… because we will be up against very big political names who have banded together,” she said.

“But what I see from you, while it is true that we do not have their resources and that they have (the machinery and political firepower)… It will be nothing against the decision of the ordinary Filipinos,” she added.