A vlogger said Sen. Risa Hontiveros denounced the appointment of retired professor Clarita Carlos as national security adviser. But the vlog was based on a satirical post on Facebook. 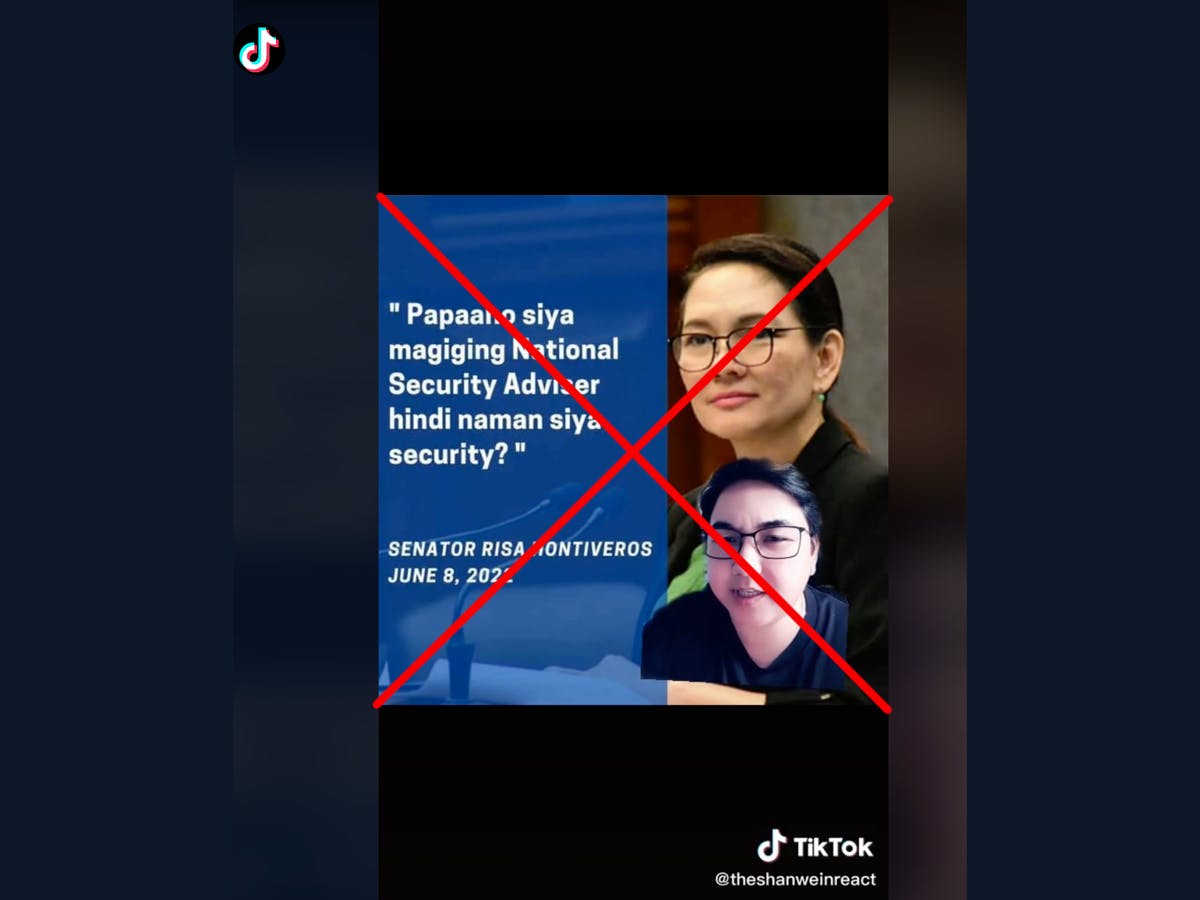 Facts: Hontiveros did not make the statement, and the quote card that I am Shanwein used was from a satirical post on Facebook posted on early June 9.

Castro's post drew 497 likes and reactions, 151 comments and 33 shares as of writing. It has been reposted by other Facebook users.

Marcos announced on June 8 that Carlos, the first female president of the National Defense College of the Philippines, would be the NSA.

As NSA, Carlos will also be the director general of the National Security Council, the principal advisory body for the plans and policies on national security. She will also lead the controversial National Task Force to End Local Communist Armed Conflict (NTF-ELCAC) and serve as the Anti-Terrorism Council's vice-chairperson.