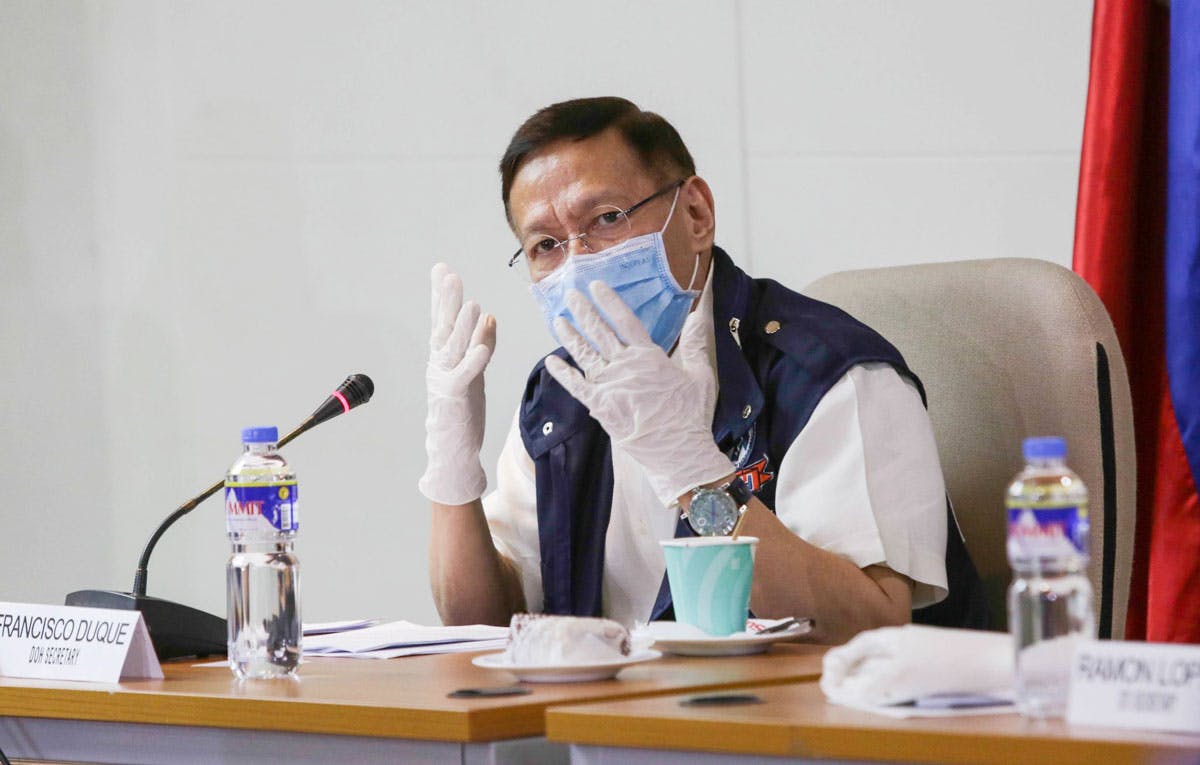 Health Secretary Francisco Duque III holds a briefing at the Department of Trade and Industry’s office in Makati City on April 22, 2020. Photo by Geremy Pintolo, The Philippine STAR

The Senate Committee of the Whole has recommended the filing of criminal charges against Health Secretary Francisco Duque III, former Philippine Health Insurance Corp. (PhilHealth) president and chief executive officer Ricardo Morales, and several other top executives of the state firm for alleged involvement in various multibillion-peso anomalies that brought the agency on the verge of bankruptcy.

It took over two hours for Senate President Vicente Sotto III to read on the floor the summary of the 88-page report of the committee – specially convened to include all senators as members – on the alleged anomalies in PhilHealth, including the controversial P27-billion Interim Reimbursement Mechanism (IRM) and the alleged overprice in the purchase of information technology (IT) equipment worth P2.1 billion.

Duque and Morales both denied any wrongdoing and said they were ready to cooperate in any investigation.

“History will be my judge,” Morales said in an interview as he lamented that the rot in PhilHealth “will not be fixed in a year, even three years.”

The Senate committee also probed the alleged window-dressing of the finances of the P221-billion health insurance agency, and the failure of its officials to prosecute hundreds of fraud cases involving their own and private hospitals in the past several years.

Sotto said he was reluctant to report the findings of the panel since “we are in the middle of our fight” against the coronavirus disease 2019 (COVID-19) pandemic, “and… we should not change horses mid-stream.”

“However, it may be a worse course of action for this august chamber to sit idly by knowing what it knows now – how mismanaged PhilHealth is to cope with the rising cost of its health responsibilities to the Filipino people,” Sotto said.

“Any reform in personnel and its organization cannot come from within its ranks when all had been tainted with suspicion, through active participation or inaction, in the conspiracy to bankrupt PhilHealth of its funds and resources,” he added.

Sotto cited the severe damage the pandemic is inflicting on the country, including thousands of deaths, tens of millions losing their jobs, and economic losses running to over P2 trillion.

“As if this cataclysm that has befallen us is not devastating enough, we are made to suffer another catastrophe, man-made this time – the endemic corruption and gross mismanagement of PhilHealth which if not corrected or eradicated will pose grave risks not only to health, but also the lives of all Filipinos,” Sotto said.

The now suspended IRM was a scheme that allowed PhilHealth to advance money to certain hospitals and health care institutions (HCIs) supposedly to ensure that they can continue to deliver services without fear of becoming insolvent amid the pandemic.

However, the committee found out – with the help of whistle-blowers – that certain private hospitals and HCIs received unusually large IRM sums, some amounting to tens of millions of pesos, within a relatively short period since the government imposed the lockdowns even if they had zero or very few COVID-19 patients. Meanwhile, government medical centers in the same area had none.

Senators pointed out that the IRM violated rules of the Commission on Audit and was illegal, having been implemented without the memorandum creating it being properly processed and promulgated as required by law.

The inquiry also found out that PhilHealth officials deliberately did not withhold taxes in the IRM disbursements, totaling P14.9 billion, which meant the agency in effect paid for the dues that should have been shouldered by the recipient hospitals and HCIs. 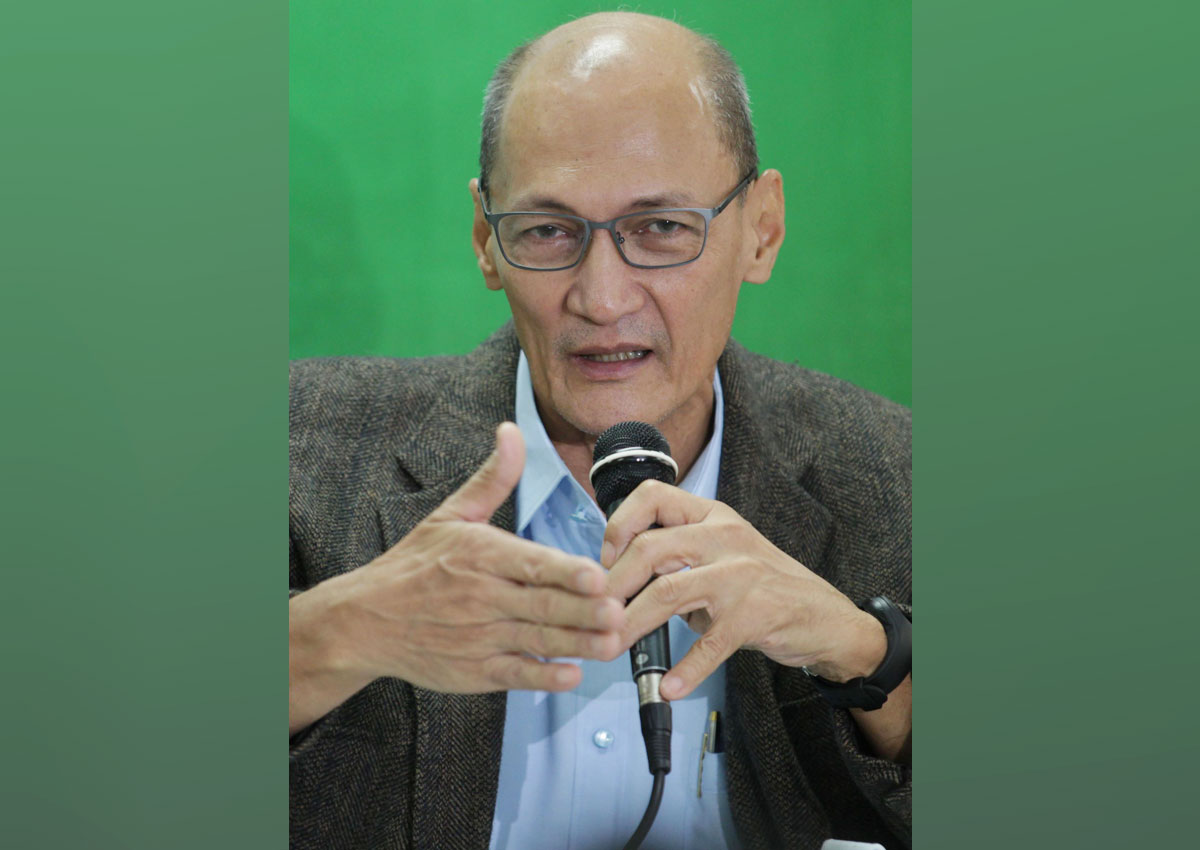 Sotto said the charges would be for “their improper and illegal implementation of the IRM against its duly authorized purpose under the law and for their grave abuse of discretion or gross negligence in ascertaining the IRM beneficiary without valid criteria for distribution,” and for their failure to withhold tax liabilities of HCIs, instead charging these to the PhilHealth’s operating budget.

PhilHealth senior vice president for the legal sector Rodolfo del Rosario Jr. and other officials were recommended to be charged for violation of Article 208 (negligence and tolerance) under the RPC and violation of RA 3019 “for their failure to act upon and/or neglect of duty to cause the prosecution of cases before them.”

Criminal charges were also recommended by the Senate against PhilHealth senior vice president for information management Jovita Aragona, senior IT manager Calixto Gabuya Jr. and all other officials and employees “who connived with and participated in the consummation” of the IT supply overpricing and “the concealment/alteration of documents pertaining thereto.”

The Senate committee said Aragona and the others violated Article 171 of the RPC (falsification by public officer, employee or notary or ecclesiastic minister); Article 213 (frauds against the public treasury and similar offenses); Article 226 (removal, concealment or destruction of documents); provisions of RA 9184 or the Government Procurement Reform Act, and RA 3019.

Sotto said the committee also recommended the filing of administrative cases against Morales, De Jesus, Del Rosario and senior vice president Dennis Mas for neglect and insubordination, among other offenses.

The committee said hospitals and HCIs that received IRM funds must liquidate the utilized disbursements and return the unutilized amount. PhilHealth can contract out the processing of its benefit claims to avoid backlogs and massive reimbursement delays, the committee added.

It asked the Anti-Money Laundering Council to immediately investigate and determine whether the bank accounts of those PhilHealth officials and private entities implicated in the malversation of PhilHealth funds can be classified as suspicious accounts that can then be opened for scrutiny.