The DPWH, led by its hardworking secretary, Mark Villar, is poised to significantly complete by 2022 its grand EDSA Decongestion Masterplan, which is composed of a network of infrastructure projects. 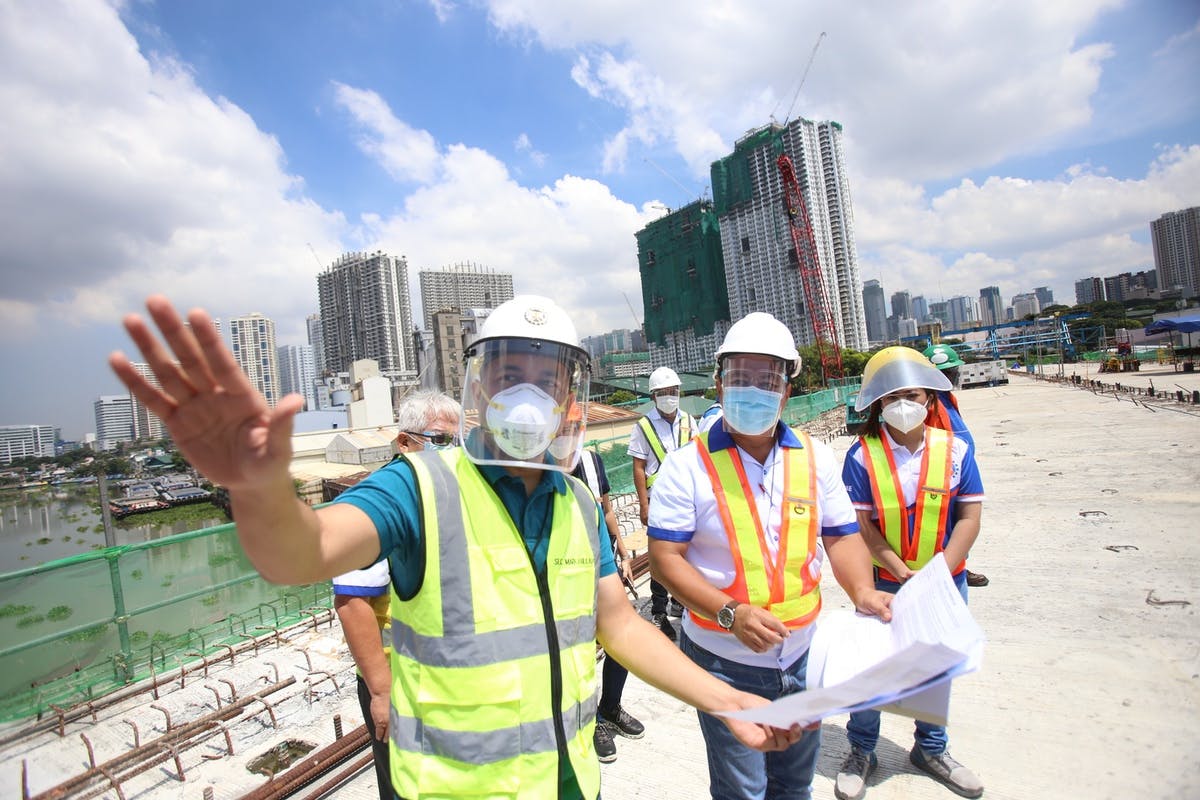 The long wait--and long hours spent on the road--will soon be over for motorists who have suffered from the horrendous EDSA traffic as the Department of Public Works and Highways (DPWH) moves closer to delivering the administration's promise of change.

The DPWH, led by its hardworking secretary, Mark Villar, is poised to significantly complete by 2022 its grand EDSA Decongestion Masterplan, which is composed of a network of infrastructure projects.

By then, Villar said every city in Metro Manila can be reached in as short as 20 minutes to as long as 30 minutes.

“The promise of President Duterte to decongest EDSA will soon be a reality. Soon, travel time from NLEX to SLEX will only be 30 minutes,” Villar said.

“When the EDSA Decongestion Program is completed, we will be able to free up major thoroughfares by at least 120,000 vehicles. By 2022, every city in Metro Manila will be reachable within a 20 to 30 minute time frame,” he said. 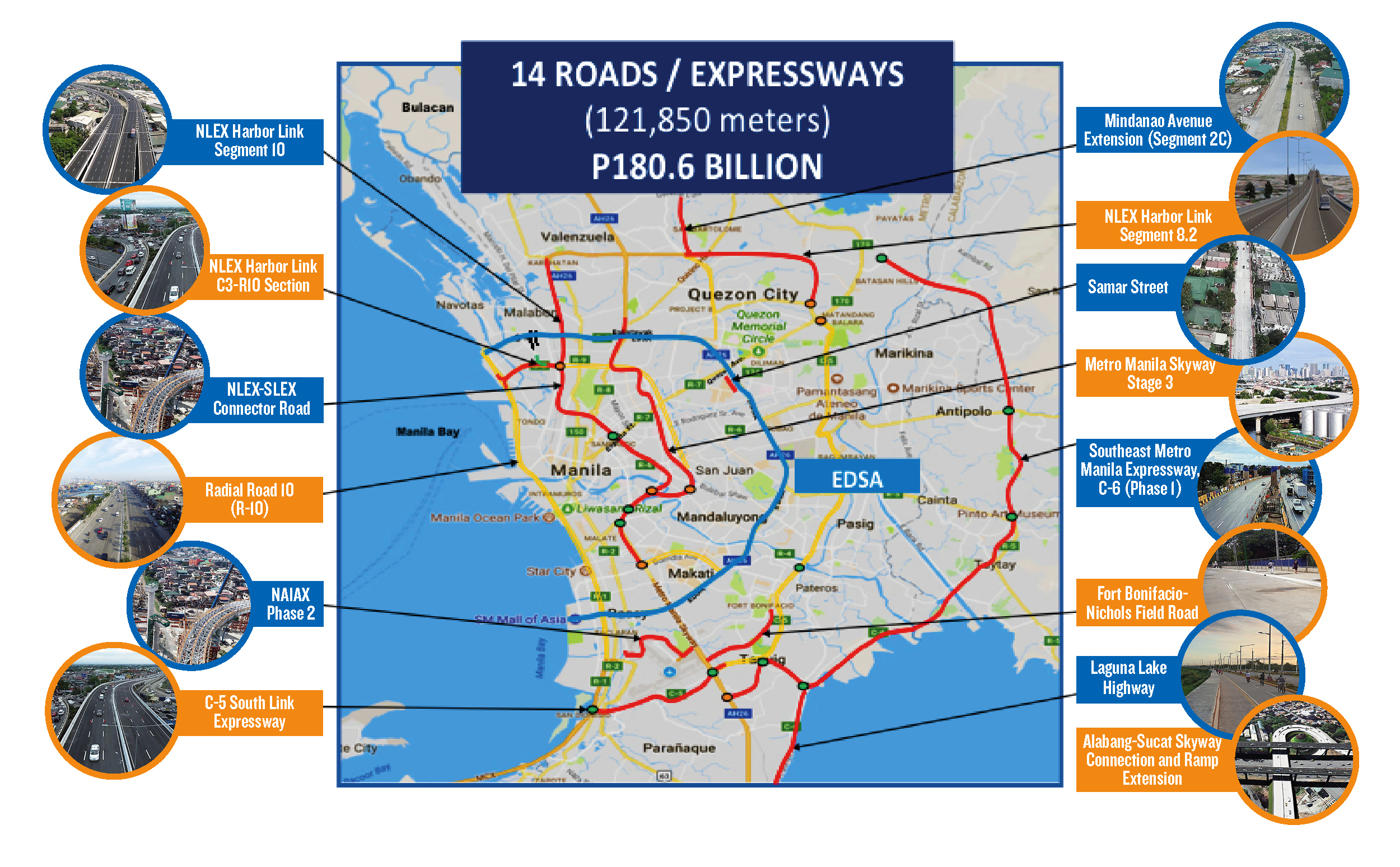 The recently completed and soon to open is the Metro Manila Skyway Stage 3 project, an 18.83-kilometer elevated expressway from Buendia in Makati City to the North Luzon Expressway in Balintawak in Quezon City.

The P44.86 billion project of conglomerate San Miguel Corp. will cut travel time from Buendia to Balintawak to 15 to 20 minutes from two hours.

It will decongest EDSA and other major roads in Metro Manila by as much as 55,000 vehicles per day.

The DPWH said the project is 11 percent complete at present, and is set to be finished by March 2022.

Once completed, the project will reduce travel time from SLEX to NLEX to 20 minutes from two hours, benefitting 35,000 motorists daily.

Also set for completion by 2022 is MPTC's C5 South Link Expressway, according to the DPWH.

The project worth P12.65 billion is a 7.70-km, six lane expressway from R-1 expressway to SLEX/C5 which will slash travel time to 10 minutes from 40 minutes.

Segment 3A-1 or the Merville to C5/SLEX portion of the project was opened to traffic in July last year, while Segment 2 and 3A2 broke ground last July.

A 32.66-km toll road from Skyway/FTI in Taguig City to Batasan Complex in Quezon City called the Southeast Metro Manila Expressway will also be able to serve motorists by 2022, according to the DPWH.

The P45.29 billion project will cut travel time from Bicutan to Batasan from one hour and 50 minutes to 26 minutes, benefitting as much as 88,338 motorists per day.

Section one of the project traversiong from Skyway/FTI to C5/Diego Silang is currently 12 percent complete, the DPWH said.

By next year, motorists can also look forward to the completion of four projects, which are the Fort Bonifacio-Nichols Field Road, Mindanao Avenue Extension (Segment 2C), Laguna Lake Highway, and the Southbound portion of the Alabang-Sucat Skyway Connection and Ramp Extension.

Through the project, the DPWH said adjacent thoroughfares like EDSA, South Superhighway and C5 will be decongested and travel time going in and out of Bonifacio Global City will be lessened. 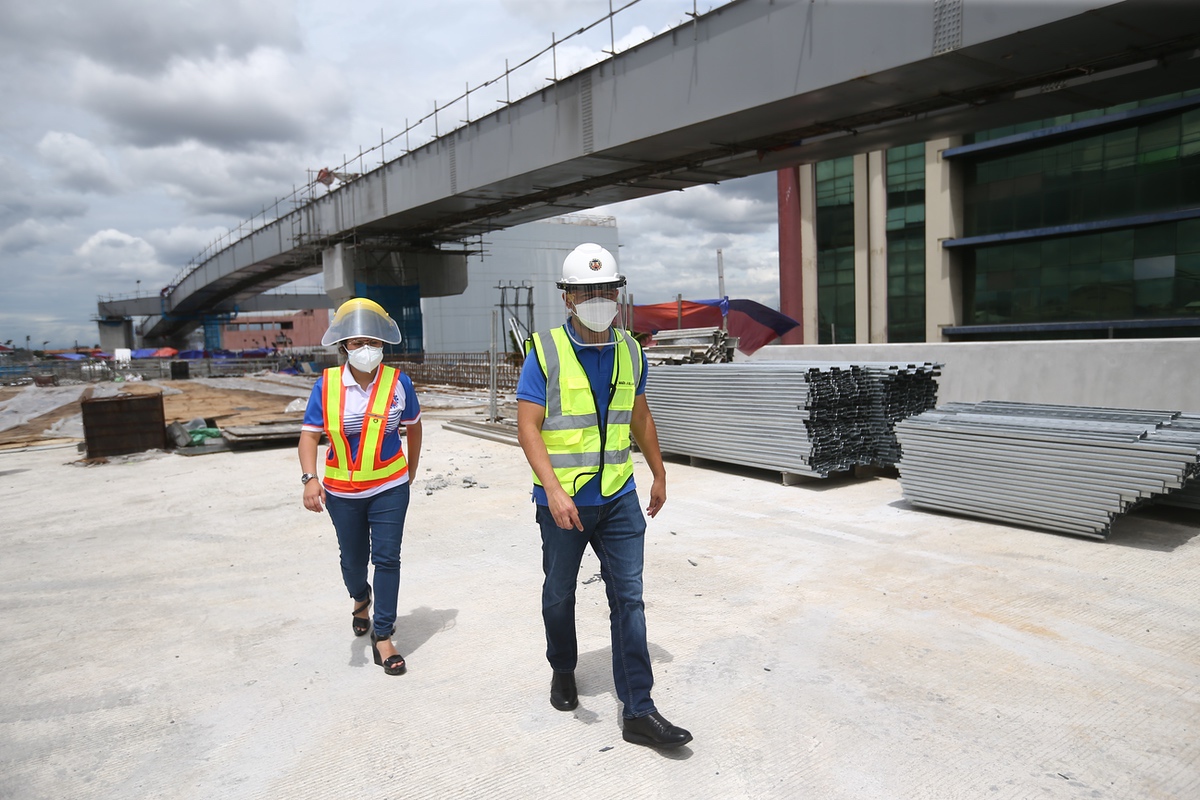 The Mindanao Avenue Extension (Segment 2C), meanwhile, is a 3.2-km, four-lane divided highway from intersection of NLEX to Gen. Luis Avenue that will connect the areas of Valenzuela, North Caloocan, Quezon City (Novaliches) and NLEX.

DPWH said the project is already 74.35 percent complete. It will cut travel time between Quirino Highway and General Luis Road to 20 minutes from one hour and 30 minutes once finished.

As far as the Laguna Lake Highway is concerned, the agency said that the project is already substantially completed. The 6.94-km, four-lane divided highway will bring down travel time from Taytay to Bicutan from one hour to only 30 minutes.

All these upcoming road and expressways will form a basket of solutions to decongest EDSA, alongside the already completed projects under the current administration such as the NLEX Harbor Link Segment 10, NLEX Harbor Link C3-R10 Section, NAIA Expressway Phase 2, and the widening of Radial Road 10 and Samar Street. 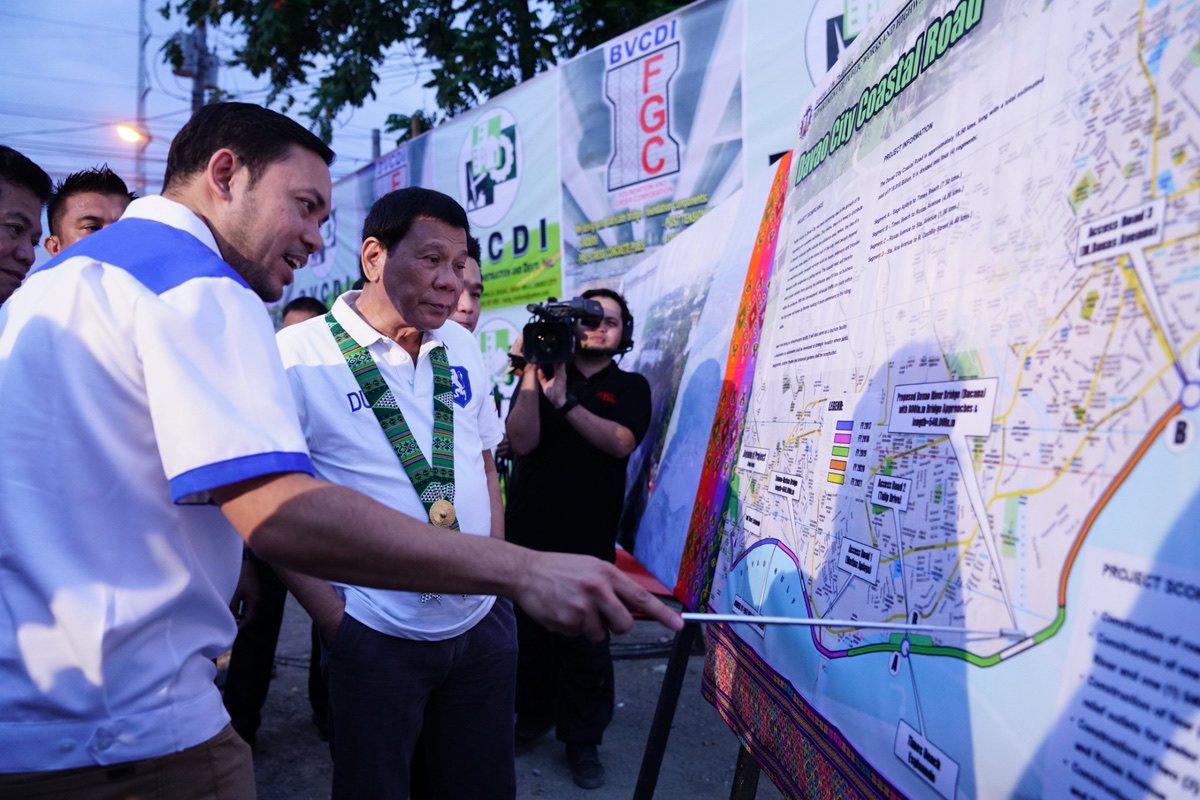 Aside from new and expanded roads and expressways, also critical in easing traffic along EDSA and other major roads in Metro Manila are the construction of new bridges. 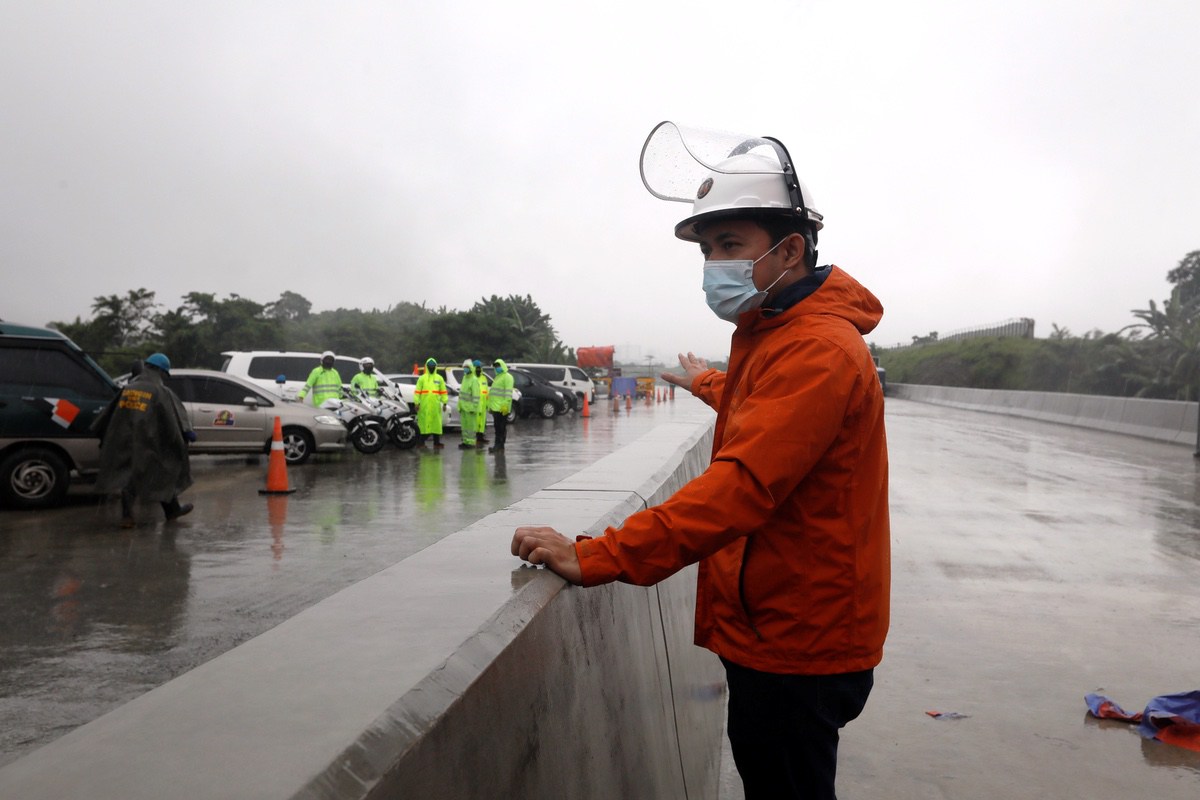 Targeted also for completion by next year are the Binondo-Intramuros bridge and the Estrella-Pantaleon bridge.

The DPWH will also be embarking on a P7.93 billion Metro Manila Priority Bridges Seismic improvement Project which will entail the replacement of outer bridges and substructure of the Guadalupe bridge and vertical geometry improvement of the Lambingan bridge.

As the government's plan to decongest roads slowly comes into fruition, the DPWH also moves to support the promotion of active modes of transport as bike lanes will be incorporated in future projects of the agency moving forward. 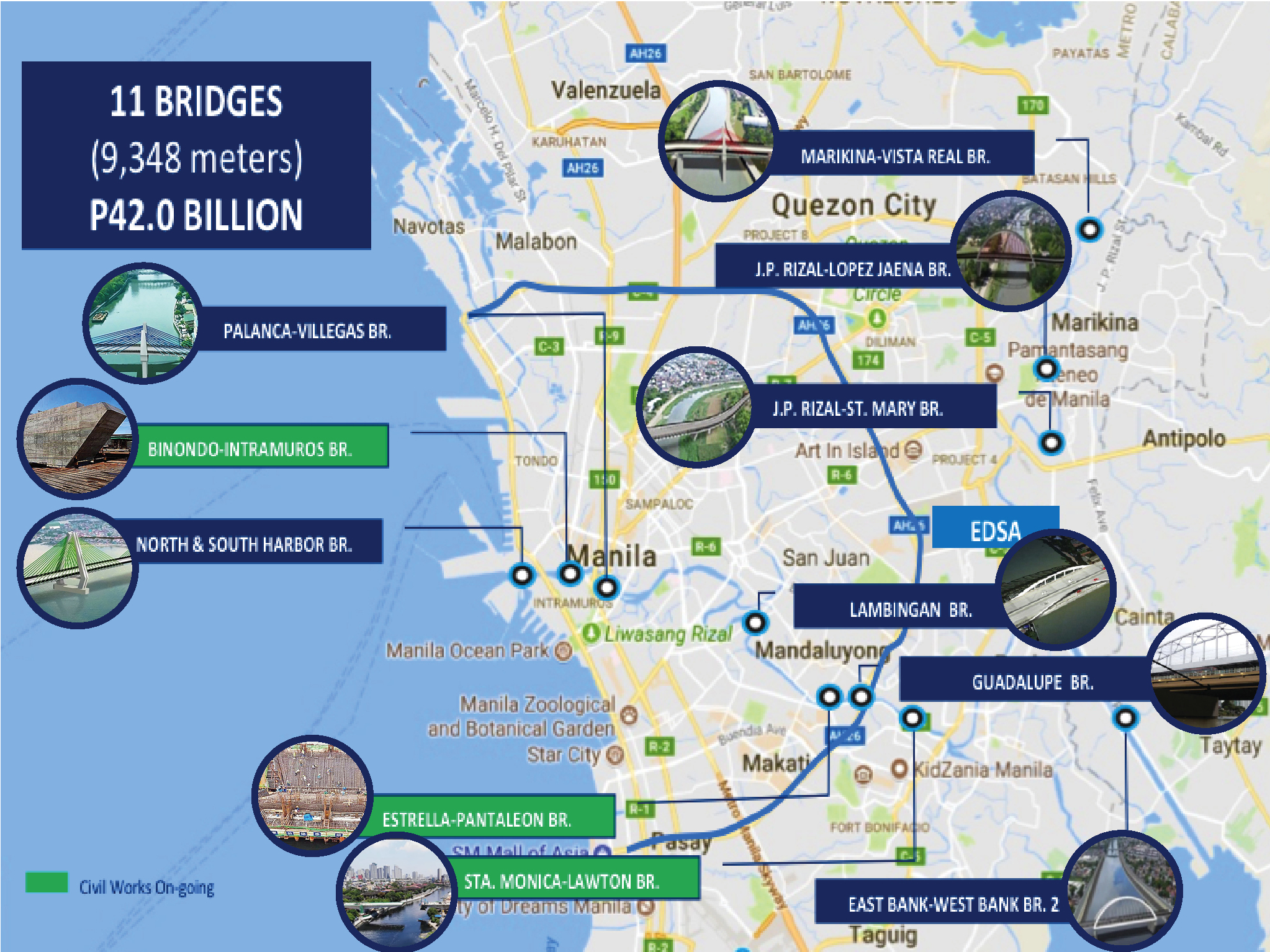 Villar has issued a policy prescribing the standard design of bicycle lanes along national highways.

Through Department Order No. 88, series of 2020, Villar said that new national road and bridge construction or future expansion of projects shall incorporate a bicycle facility contingent on the prevailing road and traffic conditions, but will have no less than 2.44 meters of bicycle path width. 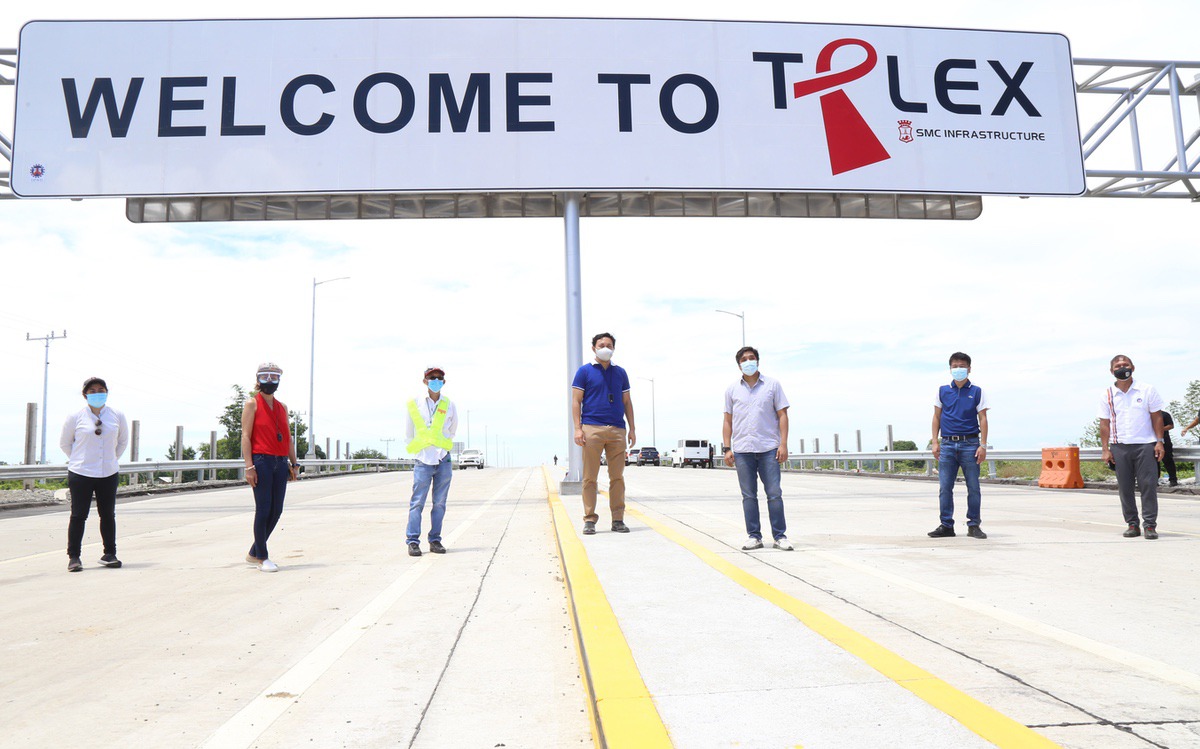 The order covers all DPWH projects that involve new road and bridge construction or future expansion to relieve traffic congestion, such as road/bridge widening and diversion/bypass roads, among others, if feasible.

"From now onwards, design of new national roads and bridges will have a minimum width of 2.44-meter bike lane feature for one direction. The desirable width of three meters is set for a two-directional separated bike lane, unless under constrained condition which will follow the absolute minimum of 2.44 meters. This policy also covers road/bridge widening, diversion/bypass roads among others,” Villar said.

"With bike-friendly infrastructure, we aim to promote road safety to all and encourage the public to consider biking as a safe mode of transportation beneficial to their physical health, the environment through reduced greenhouse gas emissions and noise pollution, to traffic, and to public roads that render less wear and tear," he said.