The Department of Education sees a 20 percent drop in elementary and secondary schools’ enrollment due to the economic impact of the COVID-19 pandemic. Parents are given until July 15 to enroll their children. 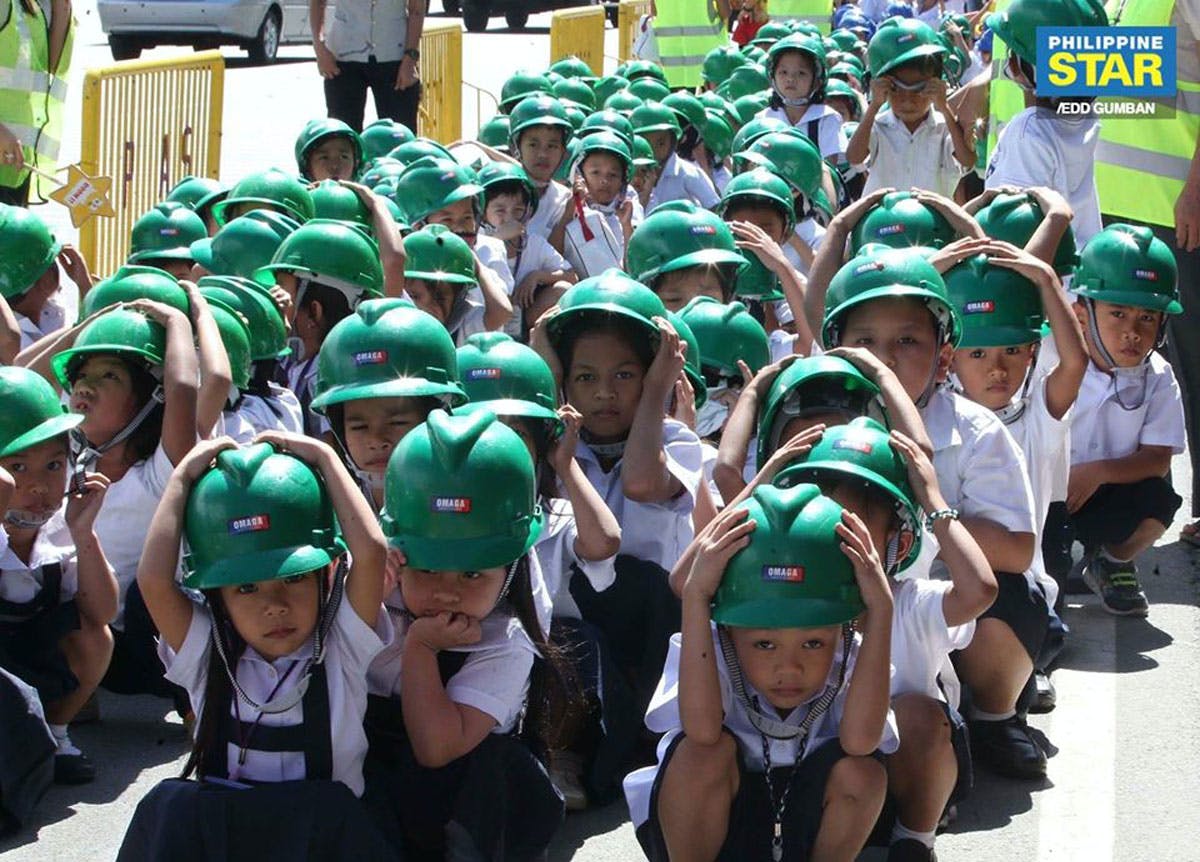 The Department of Education (DepEd) is intensifying efforts to reach out to more students after the month-long enrollment period last month fell short of the projected number of enrollees for the upcoming school year.

Education Secretary Leonor Briones said their initial projection for the new school year was that enrollment would not reach the all-time high of 27 million last year due to the economic impact of the coronavirus disease 2019 (COVID-19) pandemic.

Asked for the specific projection, DepEd Undersecretary for planning service and field operations Jesus Mateo said they are looking at 80 percent of the enrollment in the previous school year.

This translates to around 21.6 million of the more than 27 million who enrolled in public and private elementary and high schools last year.

But even the lower projection of enrollees was not reached after the month-long enrollment for the upcoming school year, during which there will be no face-to-face classes due to the pandemic.

DepEd on Monday announced that it was extending the enrollment period by another two weeks or until July 15 to reach out to more students.

Data released on July 1 showed that only 16.6 million students have so far enrolled for the next school year.

Over 15.8 million signed up in public schools, while some 706,000 students expressed their intent to enroll in private basic education institutions.

Mateo said the number of students who registered in public schools is already at 70 percent of the 22 million who enrolled in government schools last year.

He underscored the need for cooperation to convince more parents to enroll their children, especially those in far-flung and remote areas.

Various groups have expressed concern over the low number of students who intend to enroll next school year.

With the current data, the Alliance of Concerned Teachers (ACT) said millions of school children would be denied a fair chance to move forward with education along with their classmates.

The group stressed that the low turnout revealed what it described as a weakness in DepEd’s learning continuity program, which is being pursued despite the challenges brought by the pandemic.

“We urge DepEd officials to open their eyes to reality. The pandemic has gravely disrupted the lives of our people. Millions of families have lost their livelihood, which make them more vulnerable to infection especially now that community transmission is growing,” ACT said.

“How can we expect these families to pretend that the situation is normal and their children can go on with formal education? Filipino families value education immensely, but the times make it especially difficult for them to commit to the requisites that the learning continuity plan asks from parents and learners,” ACT added.

Instead of resuming formal education, ACT is proposing the implementation of a temporary non-formal adaptive learning program while the country is addressing the impact of the pandemic.

“Its non-formal nature will remedy the restrictions set by enrollment schedules and processes required by a formal school year,” the group noted.

“It is fluid enough to take in students for continued learning when their families are ready, and can be closed whenever the country is ready to open a formal school year,” it said.

The National Union of Students of the Philippines said the government must not insist on flexible or blended learning as it may deprive many students of their right to education.

“The shift to flexible/blended learning has already caused too much stress to students and families who do not have internet connection and the necessary gadgets,” it said.

“Instead, the government must focus on how to make the resumption of physical classes safe and attainable in the soonest time possible. This includes mass testing, sanitizing school campuses, and ensuring more classrooms that allow physical distancing,” the student group added.

Read more: Online Enrollment In June, Distance Learning By Aug. 24 To Proceed, But Is Everyone Prepared? 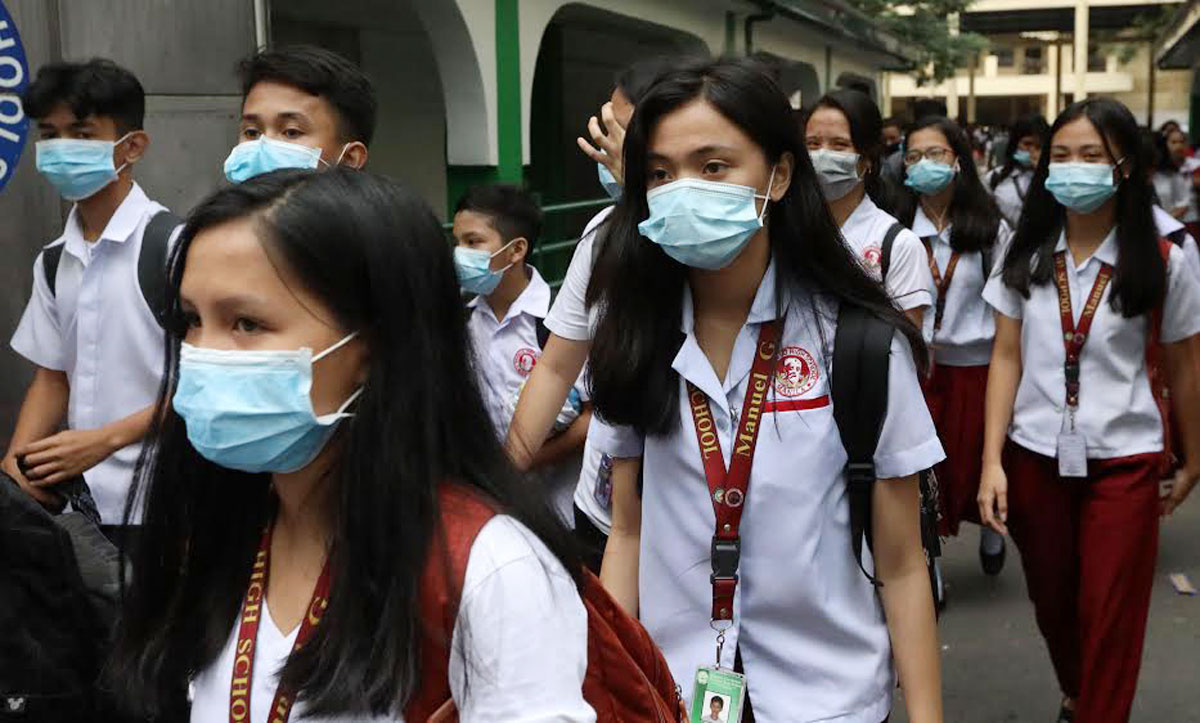 For those who will not be able to enroll in the formal education system, officials said they could still continue their education through the Alternative Learning System.

But Briones said they are still hopeful that parents would enroll their children for the coming school year.

“This is the choice of the parents and the child,” she said. “Ang ginagawa namin is to inform as much as possible the parents kung ano ang consequences (if the child misses a school year).”

Misinformation, the DepEd chief lamented, remains a challenge as it contributes to the confusion regarding the upcoming school year.

For instance, she said there have been reports that the scheduled opening of classes would not push through on Aug. 24.

“This is not true,” she said. “As announced as early as May 8, opening of classes would proceed as planned on Aug. 24, 2020 through blended/distance learning modalities only.”

Consistent with President Duterte’s announcement, Briones reiterated that face-to-face classes would not take place until it is safe to do so.

She stressed that online learning is not the only option, and that families are not required to buy gadgets for their children.

Other options include using modules, radio and television to deliver educational content directly to the students’ homes.

Partial data released by the agency showed that over 3.8 million households preferred to use modules next school year, followed by more than two million opting for online learning.

Almost two million said they preferred a combination of face-to-face with other modalities, while only 744,648 and 353,270 chose television and radio, respectively.

DepEd says it is already preparing the self-learning modules that students can use next school year.

These modules will be delivered in printed format to schools that are located in coastal areas, far-flung provinces and communities without access to the internet or electricity.

Meanwhile, for households with gadgets and devices, digital modules will be provided, which can be accessed online or delivered using flash drives to areas without internet connectivity.

Briones said that these modules would be integrated in video lessons, especially for kindergarten to Grade 3 learners who will require more auditory learning than other grade levels.

Several schools in Navotas are conducting a dry run this week on the different distance learning modalities that will be adopted next school year.