Would The MDT Become Toothless? What Might Be Lost If The VFA Is Scrapped

The 1951 Mutual Defense Treaty between the Philippines and the US was signed after the two countries forged a military bases agreement in 1947. The Senate rejected the continuing presence of US bases in the country but the MDT remained. 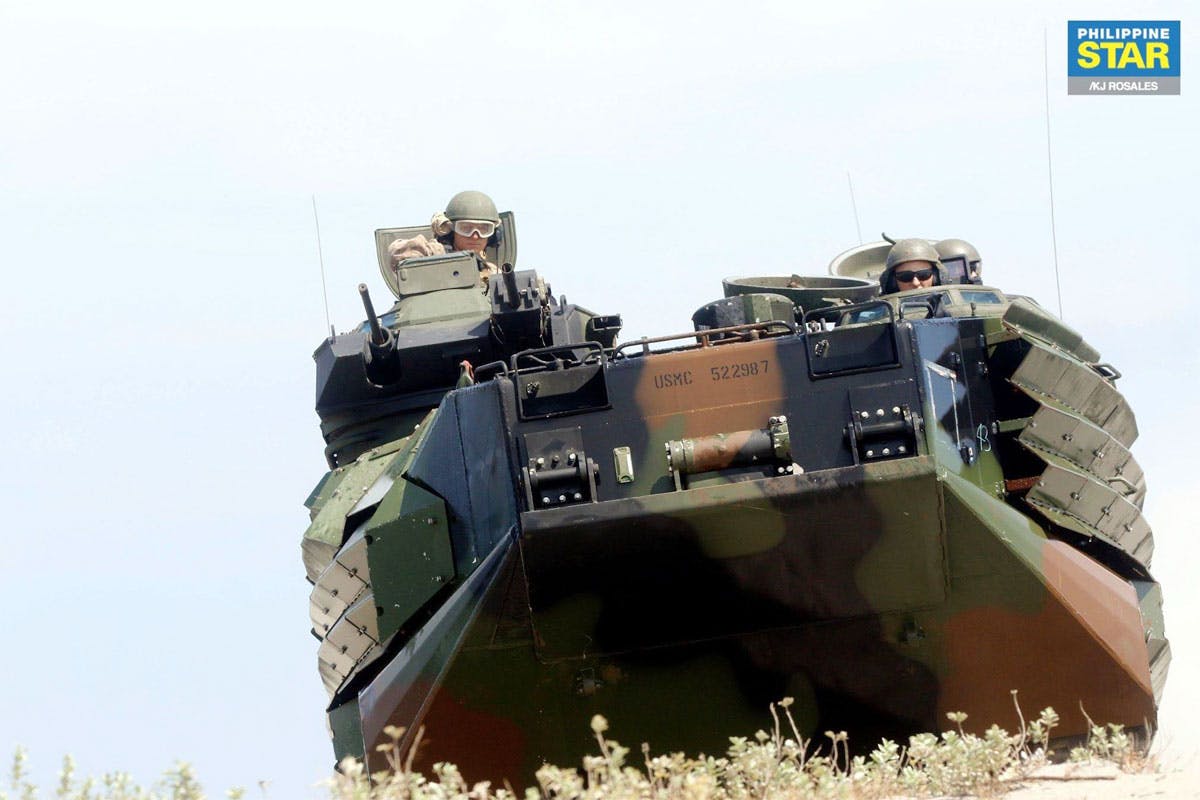 Members of the Philippine and US Marines hold an amphibious landing exercise during 'Balikatan' or shoulder-to-shoulder training in April 2019 at the Naval Education and Training Command in Zambales. Photo by KJ Rosales, The Philippine STAR

While President Duterte has threatened to abrogate the Visiting Forces Agreement (VFA), Malacañang has given assurance that there would be “no change” in the country’s 1951 Mutual Defense Treaty or MDT with the United States.

Foreign policy experts, however, believe the longstanding pact might be rendered toothless without the deal that specifies the treatment of American soldiers while on Philippine soil.

The MDT, only eight articles long, guarantees that the Philippines and the US will support each other in the event of an “armed attack” on each country’s territory, armed forces, public vessels or aircraft.

Agreements like the VFA and the 2014 Enhanced Defense Cooperation Agreement (EDCA), as well as the 1947 Military Bases Agreement that the Philippine Senate voted not to renew in 1991, provide for the more specific aspects of military cooperation. In the VFA’s case, it governs the treatment of American troops in Philippine territory; a counterpart agreement addresses the treatment of Filipino military personnel in the US.

The VFA relaxes visa and passport policies for United States servicemen and civilian personnel, exempts the importation of military materials and equipment from taxes, and allows the entry of military vehicles, vessels and aircraft free of charge, subject to the Philippine government’s approval.

Former foreign affairs secretary Albert del Rosario admitted that the VFA is an “imperfect agreement.” But he was one of the first to point out how terminating the two-decade-old VFA would mean “making the MDT work  more challenging.”

In a statement on Sunday, Del Rosario argued that losing the VFA would “interrupt the benefits of the MDT with regards to the joint training and exercises, the pursuit of modernization, achieving interoperability and providing assistance during natural calamities.”

Del Rosario pointed out that the VFA made it possible for the US military to quickly assist in the disaster relief response in the aftermath of the destructive Super Typhoon Yolanda in November 2013. He recalled that the US military efforts deployed more than 13,000 personnel, 66 aircraft and 12 naval vessels to help deliver 2,500 tons of supplies and evacuated over 21,000 people.

He said the militaries of other countries “wanted to immediately respond but were constrained by the lack of legal arrangements for their troops to enter the Philippines.” 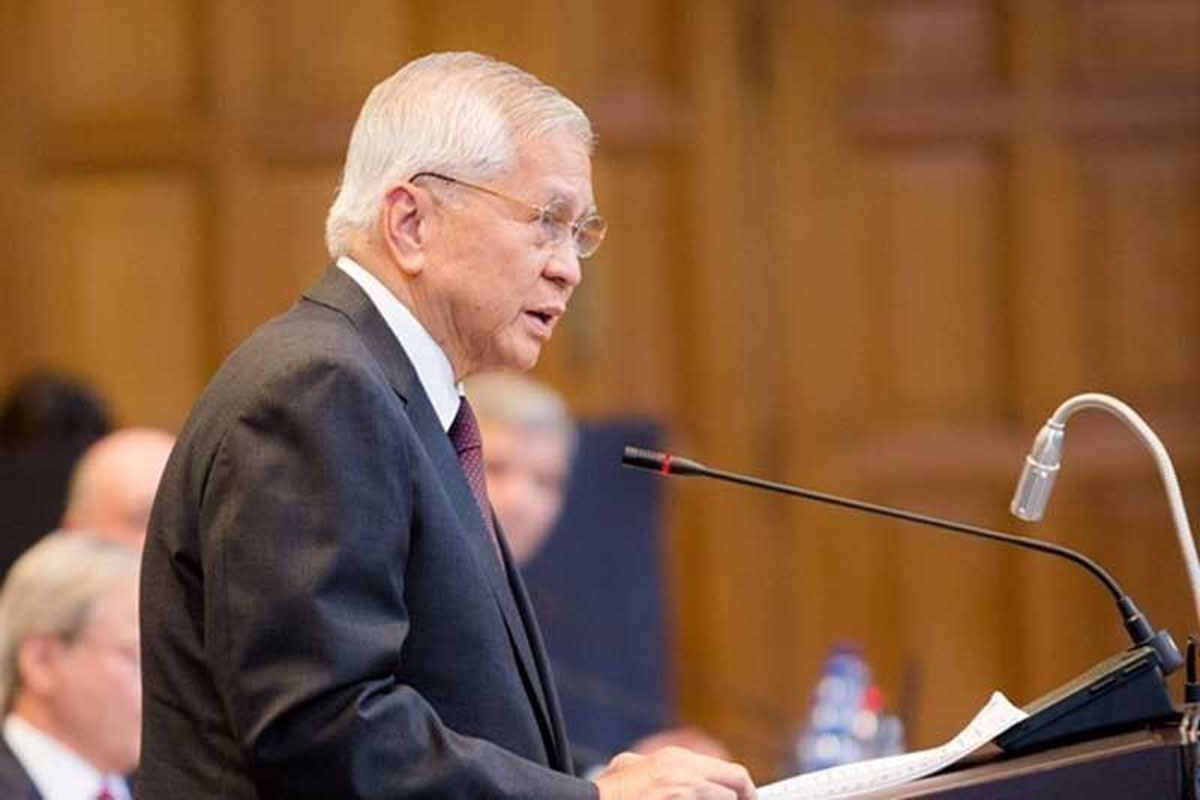 Asia Maritime Transparency Initiative director Gregory Poling also said that scrapping the VFA “would gut the MDT.” He went so far as to claim that the Philippines would be “violating its obligations under Art. 2 of the MDT to take necessary steps to enable mutual defense.”

Article 2 of the MDT states: “In order more effectively to achieve the objective of this Treaty, the Parties separately and jointly by self-help and mutual aid will maintain and develop their individual and collective capacity to resist armed attack.”

Poling argued that the US “can’t fulfill” its commitments to “act to meet the common dangers in accordance with its constitutional processes” under Article IV of the MDT. He said Duterte had been showing “no apparent concern for what it would mean for PH national security.”

Jeffrey Ordaniel, Pacific Forum director of maritime programs, does not think the VFA termination has an impact on the MDT. However, he told The Chiefs aired on Cignal TV’s One News channel Wednesday night that the VFA “actually implements Article 2 of the MDT.”

He stressed that through the VFA, the US can defend the Philippines without setting foot on Philippine soil.

In his analysis, The Diplomat senior editor Prashanth Parameswaran agreed with Del Rosario that “the VFA matters not only for its own sake, but as part of a series of agreements tied to the MDT that help advance its effective implementation.”

“It would nonetheless complicate the issue of the presence of US military personnel on Philippine soil, since the VFA is the agreement that governs this and this aspect of the alliance relationship has proven to be contentious previously,” Parameswaran said.

“The presence of US personnel is important not only bilaterally to further alliance cooperation across a range of issues and contingencies, ranging from terrorism to humanitarian assistance and disaster relief, but also regionally as well since the Philippines is one of the few places where Washington currently has such a pact in the Indo-Pacific region,” he added.

Parameswaran stressed this was the very reason why the Philippines ratified the VFA in the first place.

Besides the US, the Philippines has a Status of Visiting Forces Agreement only with Australia, which the legislatures of both countries ratified in 2012.

Unlike the VFA with the US, the deal with Australia provides for both parties to fix the number of servicemen entering the Philippines and prohibits military exercises in protected areas, ancestral domain areas, critical watersheds and protected forest areas – addressing criticisms that had sparked grievance about the state of military cooperation with the Philippines’ former colonizer.

The VFA was negotiated after the military bases agreement between the Philippines and the US ended in 1991 – proof that the defense and security relationship between the two countries could continue pursuant to the MDT.

The VFA was ratified by then president Joseph Estrada in 1998 and then by the Senate in 1999. A Social Weather Stations survey released on Aug. 8, 1999 showed a majority or 55 percent of Filipinos agreed with the Senate’s approval of the VFA.

The respondents expressed belief that the US could defend the Philippines in case of Chinese aggression in the South China Sea, particularly in the Spratly islands. 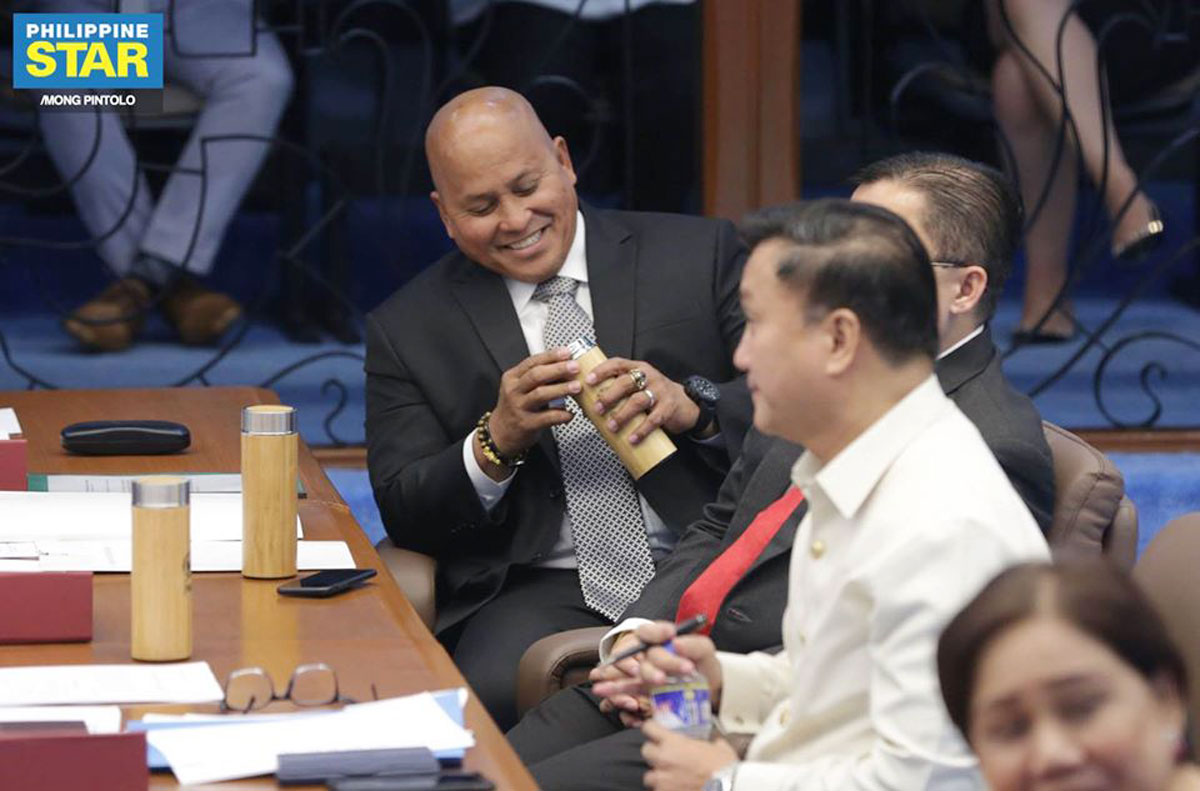 The Cabinet cluster on justice, security and peace and the VFA Commission will meet today to discuss the possible implications or repercussions of terminating the VFA.

Last Monday, the Department of Justice was supposed to submit a memorandum on its study on the possible VFA scrapping to the President, but that was put on hold.

The Senate will also expand its review of the VFA to include other security pacts with the US – the MDT and the EDCA – and come up with recommendations to Malacañang, such as amending and clarifying vague provisions that may seem inequitable.

The decision to conduct a sweeping assessment of the VFA came after members of the Senate committee on foreign relations, chaired by Sen. Aquilino Pimentel III, held a closed-door meeting on the issue as some senators were cool to such a review, saying it may be seen as encroaching on the powers of the executive branch.

Malacañang gave four reasons to justify the VFA termination, including the cancellation of Sen. Ronald dela Rosa’s US visa.

Senate President Vicente Sotto III suggested a meeting for his colleagues to reach a consensus.

“There’s a theory that the VFA is an implementation of the MDT, so let’s include that, and since EDCA is an adjunct of the MDT, that’s included,” Pimentel told reporters.

“We’re not interfering in any way, we’re just reviewing… the attitude of the executive branch is they want to consult us so we expect their full cooperation,” he said.