UN Report: Phl Is Fourth Most Disaster-Affected Country In Past 20 Years

The Philippines ranks fourth in the list of countries most affected by disasters that surged in the past two decades, a new report released by the United Nations showed. The UN said natural disasters would likely continue wreaking havoc worldwide. 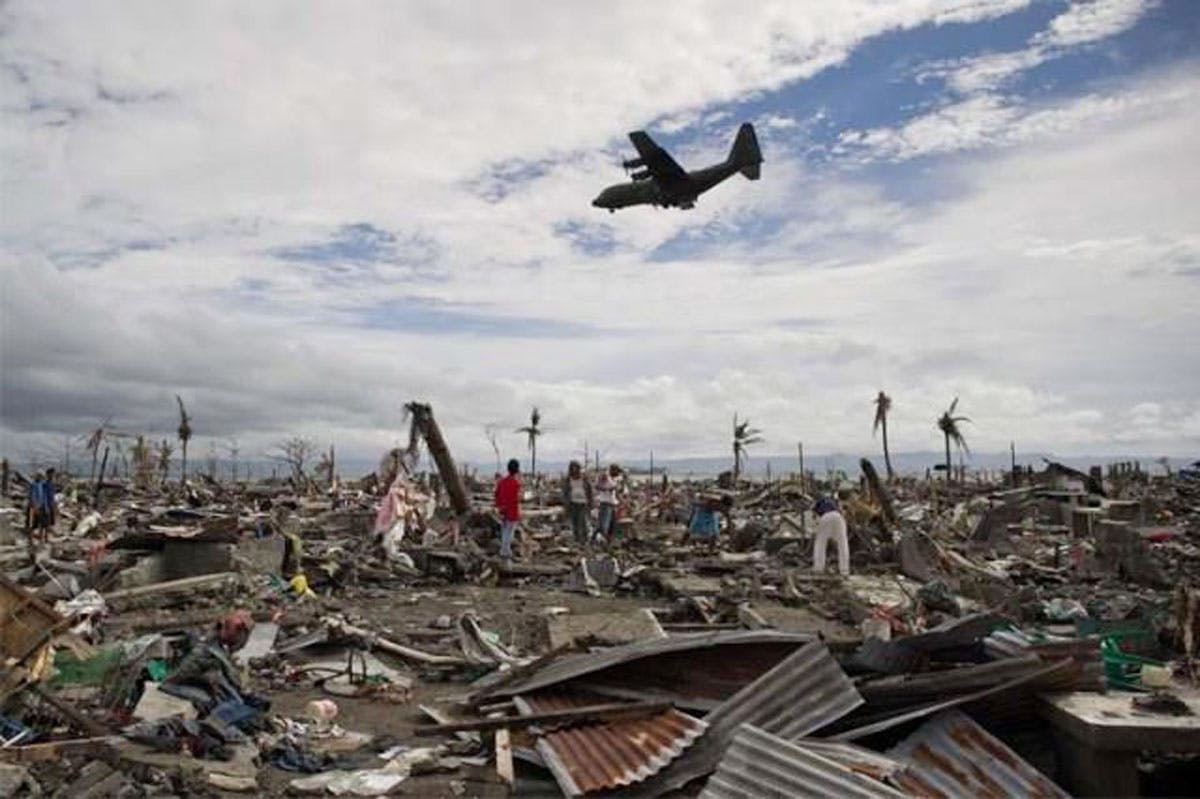 This file photo by the Agence France Presse taken on Nov. 16, 2013 shows an area devastated by Super Typhoon Yolanda in Tacloban, Leyte. Yolanda struck in the predawn darkness of Nov. 8, 2013 as the then strongest typhoon to ever hit land, leaving thousands of people dead or missing across central Philippines.

Over the past two decades, Filipinos were among the most affected by natural disasters that hit the planet, a new report released by the United Nations Office for Disaster Risk and Reduction showed.

The report, titled the Human Cost of Disasters, was released in time for the observance of the International Day for Disaster Risk Reduction on Tuesday, Oct. 13.

It noted a significant increase in the number of disasters reported in the past 20 years, resulting in heavy human and economic toll worldwide.

Most of the disasters recorded in the Philippines involved hydrological and meteorological events, including floods, landslides and storms.

Most notable of these, perhaps, was the devastation unleashed by Super Typhoon Yolanda, which left thousands of people dead and millions homeless across Eastern Visayas in 2013.

Four years before that, Tropical Storm Ondoy flooded many parts of Metro Manila and nearby provinces, causing over 700 deaths and billions of pesos worth of damage to property and crops.

Aside from storms and floods, the country has had its share of other disasters. In 2013, over 200 people were reported killed when a magnitude 7.2 earthquake hit Bohol and nearby provinces.

Earlier this year, Taal Volcano erupted, forcing thousands living in nearby communities to evacuate from their homes. Various industries were also affected by the ashfall, with government estimates on the consequent damage reaching billions of pesos.

According to the UN report, some 149 million Filipinos were affected by natural disasters during the past two decades, representing an average of 7,796 per 100,000 population.

This made the Philippines the only country that was included in both top 10 lists in terms of total population affected by disasters and most affected per 100,000 inhabitants.

Citing data from the Emergency Events Database of the Belgium-based Center for Research Epidemiology of Disasters, the UN report noted that the number of recorded disasters increased from 4,212 between 1980 and 1999 to 7,348 between 2000 and 2019.

“While better recording and reporting may partly explain some of the increase in events, much of it is due to a significant rise in the number of climate-related disasters,” read the report.

It noted that the number of people affected by disasters and the associated economic damage are growing despite the decrease in mortality.

The report stressed that there is clear evidence of more frequent extreme weather events such as heatwaves, droughts, flooding, winter storms, hurricanes and wildfires due to the increase in global average temperature.

“A temperature increase of three degrees Celsius of the global climate is estimated to increase the frequency of potentially high impact natural hazard events across the world. This could render current national and local strategies for disaster risk reduction and climate change adaptation obsolete in many countries,” it said.

“There is a requirement for strengthening disaster risk governance to manage disaster risk with clear vision, competence, plans, guidelines, funding and coordination across sectors and in a manner which takes account of the increasingly systemic nature of disaster risk,” it added.

Based on the report, there are notable differences in disaster impacts across income groups.

“Lower-middle and upper-middle income countries make up most disaster events, deaths and total people affected; however, they also account for most of the world’s population,” it stated. 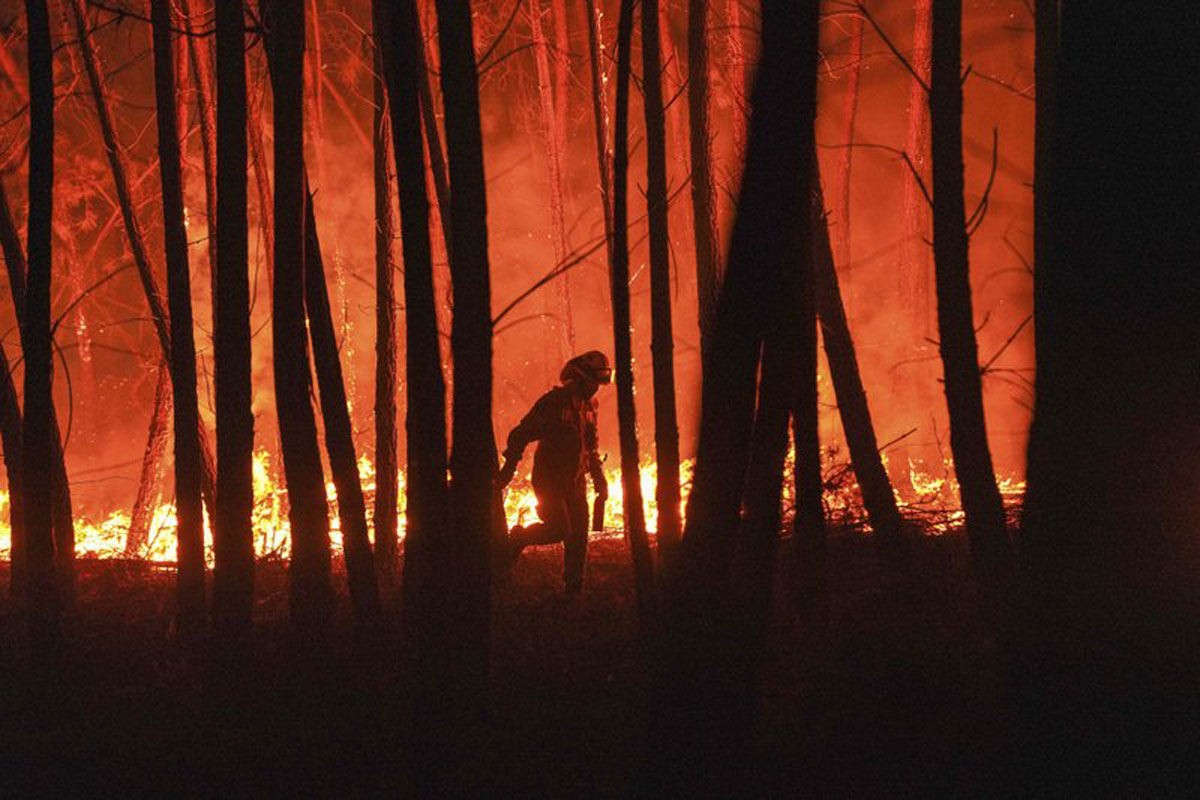 In a separate report released also on Tuesday, the World Meteorological Organization (WMO) warned that more people would require international humanitarian support due to the increased frequency, intensity and severity of extreme weather and climate events.

In 2018, it reported that around 108 million people required help from the international humanitarian system as a result of storms, floods, droughts and wildfires. By 2030, it is estimated that this number could increase by almost 50 percent at a cost of around $20 billion a year.

The 2020 State of Climate Services said over 11,000 disasters have been attributed to weather, climate and water-related hazards in the last 50 years, resulting in two million deaths and $3.6 trillion in economic losses.

“While COVID-19 generated a large international health and economic crisis from which it will take years to recover, it is crucial to remember that climate change will continue to pose an on-going and increasing threat to human lives, ecosystems, economies and societies for centuries to come,” WMO Secretary General Petteri Taalas said, referring to the coronavirus disease 2019.

“Recovery from the COVID-19 pandemic is an opportunity to move forward along a more sustainable path towards resilience and adaptation in the light of anthropogenic climate change,” he added.

Reacting to the UN report, the Climate Change Commission (CCC) urged policymakers, civil society organizations and other stakeholders to anchor policies on science to effectively reduce and avoid creation of new risks of disasters.

“Hazards are occurring physical phenomena caused by either the rapid or slow onset of events having atmospheric, geologic, and hydrologic origins on solar, global, regional, national or local scales,” it said in a statement in time for the observance of the International Day for Disaster Risk Reduction.

“Disasters often follow natural hazards, which can be associated with having insufficient capacity or measures to reduce the potentially negative consequences of the hazard,” it added.

The CCC called for the integration of the Sendai Framework in the local plans, referring to the 2015 international agreement outlining measures to reduce disaster risks and losses.

These include reducing disaster mortality, the number of affected people, direct economic loss and disaster damage to critical infrastructure and disruption of basic services.

It also includes increasing the number of countries with national and local strategies, enhancing international cooperation to developing countries, and increasing the availability of and access to multi-hazard early warning systems and information assessments.

“As countries around the globe face economic setback from the COVID-19 pandemic, which has a direct relation to the disturbance and loss of ecosystems further exacerbated by the worsening climate, the CCC believes that climate-resilient and disaster-ready communities should be the top priority of governments worldwide to ensure that humankind will continue to survive and thrive,” the climate body said.

The government earlier said it may declare a “climate emergency” to compel a whole-nation effort in addressing the worsening impact of climate change on the environment, economy and communities.