Citing clinical recovery protocols also followed in the US and Europe, the Department of Health said thousands of patients with mild or no symptoms were tagged as recovered 14 days from the onset of symptoms or by the date of specimen collection. 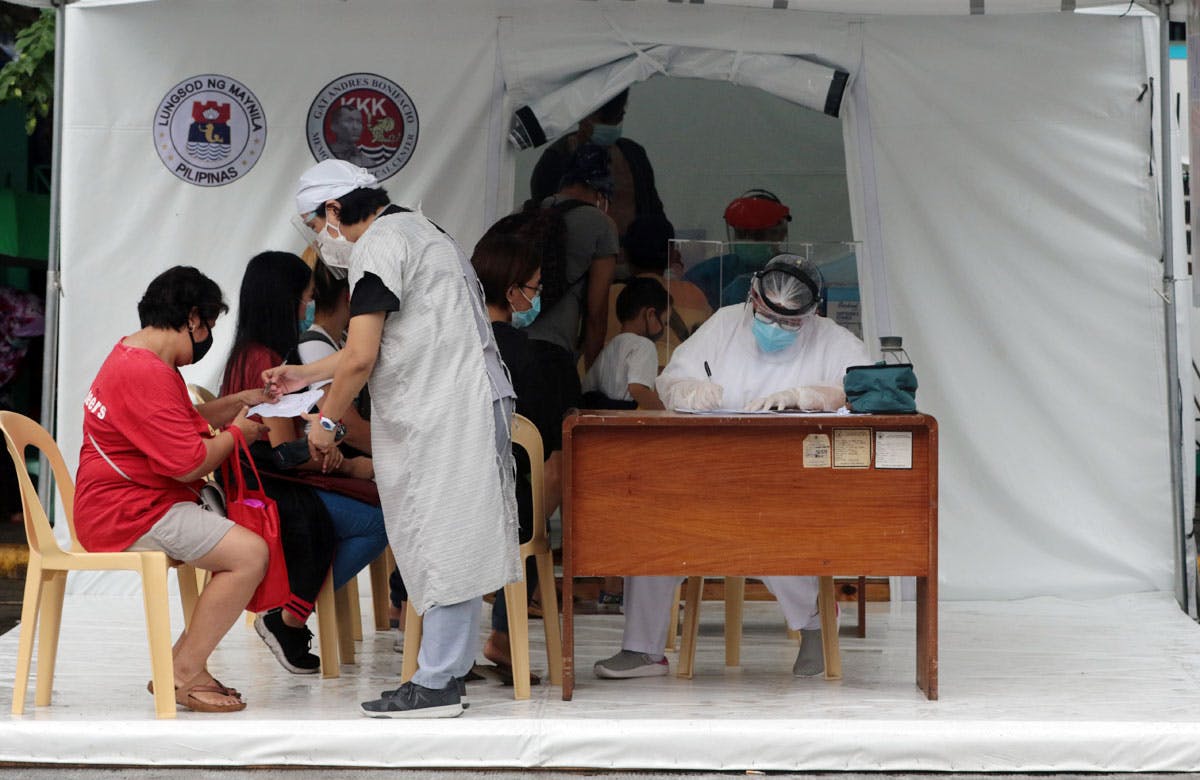 With almost 4,000 new cases, the Philippines on Thursday, July 30, recorded its highest single-day increase in the number of confirmed coronavirus disease 2019 cases.

But the new record on the number of new cases was not the only thing that surprised the public.

In a single day, the Department of Health (DOH) reported an additional recovery of 38,075 cases, bringing down the number of active cases to 22,327 from 56,528 reported on Wednesday, July 29.

With these thousands of new recoveries, the government says there are now 65,064 people who have recovered from the potentially deadly infection.

Most of the new cases came from Metro Manila with 1,703, followed by Cebu with 958 and Laguna with 177. The rest were reported in Rizal and Cavite.

The Philippines has surpassed the number of COVID-19 cases in China, the original epicenter of the pandemic. As of Thursday, China has 87,680 cases, according to Xinhua News.

How did the mass recovery happen?

According to the DOH, the surge in the number of recoveries was attributed to enhanced data reconciliation efforts with local government units through “Oplan Recovery.”

“The massive data reconciliation efforts have resulted in faster and more accurate tagging of health statuses, particularly on death and recoveries. Data on recovery reconciliations will be reported every 15 days,” the DOH said.

The agency said reconciliation activity resulted in over 3,000 identified recoveries from July 12 to 14.

On July 15, a “mass recovery” adjustment was implemented, which resulted in 5,000 additional recoveries. The DOH said mild and asymptomatic cases have been retagged as recovered following endorsement from the regional offices.

“As endorsed by clinical practice guidelines and our technical advisory groups, patients with mild or no symptoms are tagged as recovered 14 days from the date of onset of symptoms or by date specimen collection,” the DOH said.

“Current recovery policies show that at the 10th day of illness, the risk of transmitting the virus to other people is significantly reduced,” it added. 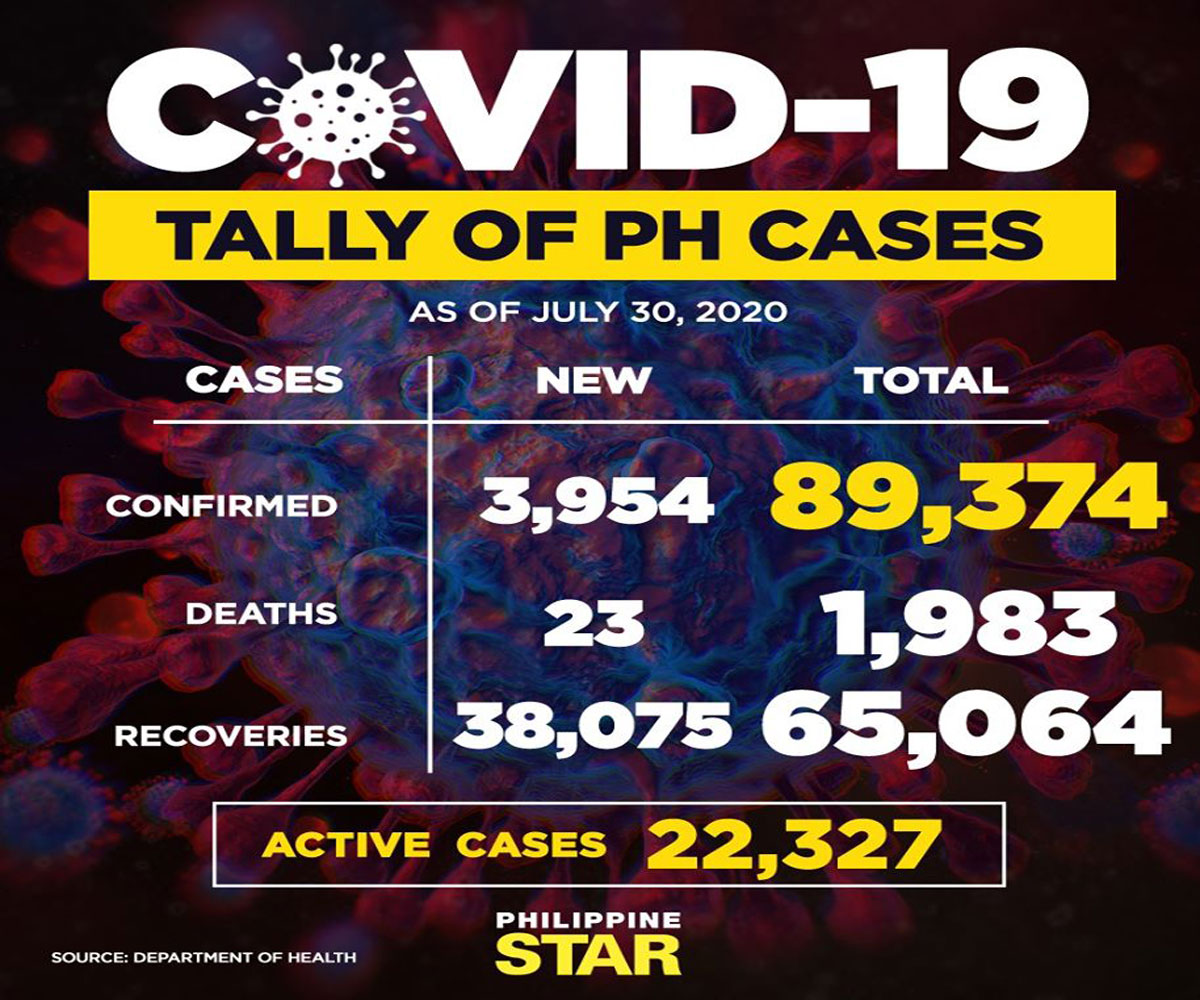 The DOH explained that this clinical recovery protocol is followed by the United States’ Centers for Disease Control and Prevention, the European CDC and India.

Citing its interim guidelines, the DOH said that asymptomatic cases or those who never experienced any symptoms or showed signs of being sick must follow 14-day isolation management protocols from the day of swab testing.

“Upon assessment of a licensed physician, the patient can be tagged as recovered after completion of 14 days isolation period,” the DOH noted.

Prior to the release of the DOH data, the Inter-Agency Task Force for the Management of Emerging Infectious Diseases (IATF) approved Resolution No. 60, which adopted the DOH recommendation to implement a “time-based reckoning” for COVID recoveries.

The IATF directed the Department of the Interior and Local Government to cascade recovery policies to local government units and clarify that counting of the 14-day isolation for mild and asymptomatic cases shall start from the date of onset of illness and specimen collection.

In the interim guidelines issued on May 29, the DOH said the discharge and recovery criteria for suspect, probable and confirmed cases shall no longer entail repeat testing.

"Symptomatic patients who have clinically recovered and are no longer symptomatic for at least three days and have completed at least 14 days of isolation either at home, temporary treatment and monitoring facility, or hospital can be tagged as a recovered confirmed case and reintegrated to the community without no need for further testing, provided that a licensed medical doctor clears the patient," read the policy. 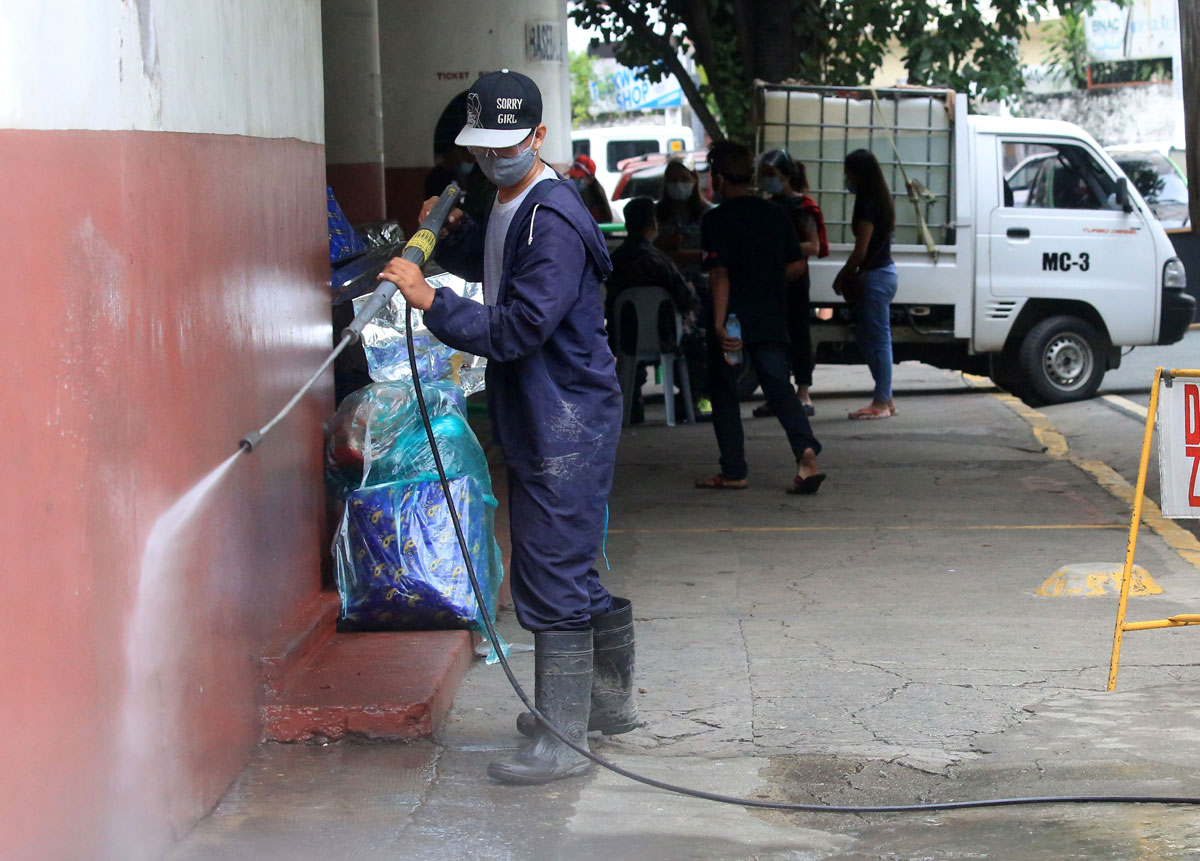 The DOH policy on recoveries follows the May 27 recommendation of the World Health Organization (WHO), which provided for the criteria for discharging patients from isolation without requiring retesting.

In a scientific brief published on June 17, the WHO said symptomatic patients may be released from isolation 10 days after the symptom onset plus at least three additional days without symptoms.

Asymptomatic patients, meanwhile, may be released from isolation 10 days after testing positive for COVID-19.

The updated criteria was based on recent findings showing that patients whose symptoms have disappeared may still test positive for the COVID-19 virus but “are not likely to be infectious and therefore are unlikely to be able to transmit the virus to another person.”

Nevertheless, the WHO said countries may choose to continue to use testing as part of their criteria for releasing from isolation.

“If so, the initial recommendation of two negative RT-PCR (reverse transcription-polymerase chain reaction) tests at least 24 hours apart can be used,” it added.

In adopting a time-based criteria, the WHO cited difficulty in meeting the two negative test results requirement due to limited laboratory supplies, equipment and personnel in areas with intense transmission.

It underscored insufficient testing capacity in many parts of the world, which makes it difficult comply with initial discharge criteria.

“Based on evidence showing the rarity of virus that can be cultured in respiratory samples after nine days after symptom onset, especially in patients with mild disease… it appears safe to release patients from isolation based on clinical criteria that require a minimum time in isolation of 13 days, rather than strictly on repeated PCR results,” the WHO said.

“The updated criteria for discharge from isolation balances risks and benefits; however, no criteria that can be practically implemented are without risk,” it added.

According to the WHO, there is a minimal residual risk that transmission could occur with a non-test-based criteria.

It said this minimal residual risk is unacceptable in some situations, such as in individuals at high risk of transmitting the virus to vulnerable groups or those in high-risk situations or environments.

In May, a study conducted in Singapore showed that COVID-19 patients are no longer infectious after 11 days even though some of them may still test positive.

The current discharge policy of the city-state, however, allows patients to be discharged without PCR tests only after being assessed as clinically well by Day 21 of the onset of illness.

“While clinical evidence has shown that patients are generally non-infectious from Day 14 of illness, we will continue to isolate all patients until Day 21 of onset of illness as an extra precaution,” read Singapore’s policy dated May 28.

“All COVID-19 patients who are assessed to be clinically well after 21 days from the onset of illness can be discharged from isolation without the need for further tests, but they will be given leave to remain at home (or place of residence like dormitories) for a further seven days to rest and recover. After Day 28, these recovered individuals can return to work,” it stated.

Countries that have a time-based discharge policy like Estonia, Ireland, South Korea, the United Kingdom and the United States discharge patients after a range of seven to 14 days, the Singaporean Ministry of Health said.