Malacañang said the Philippines stands ready to work with Russia on clinical trials, vaccine supply and production, and other areas to address the COVID-19 pandemic. 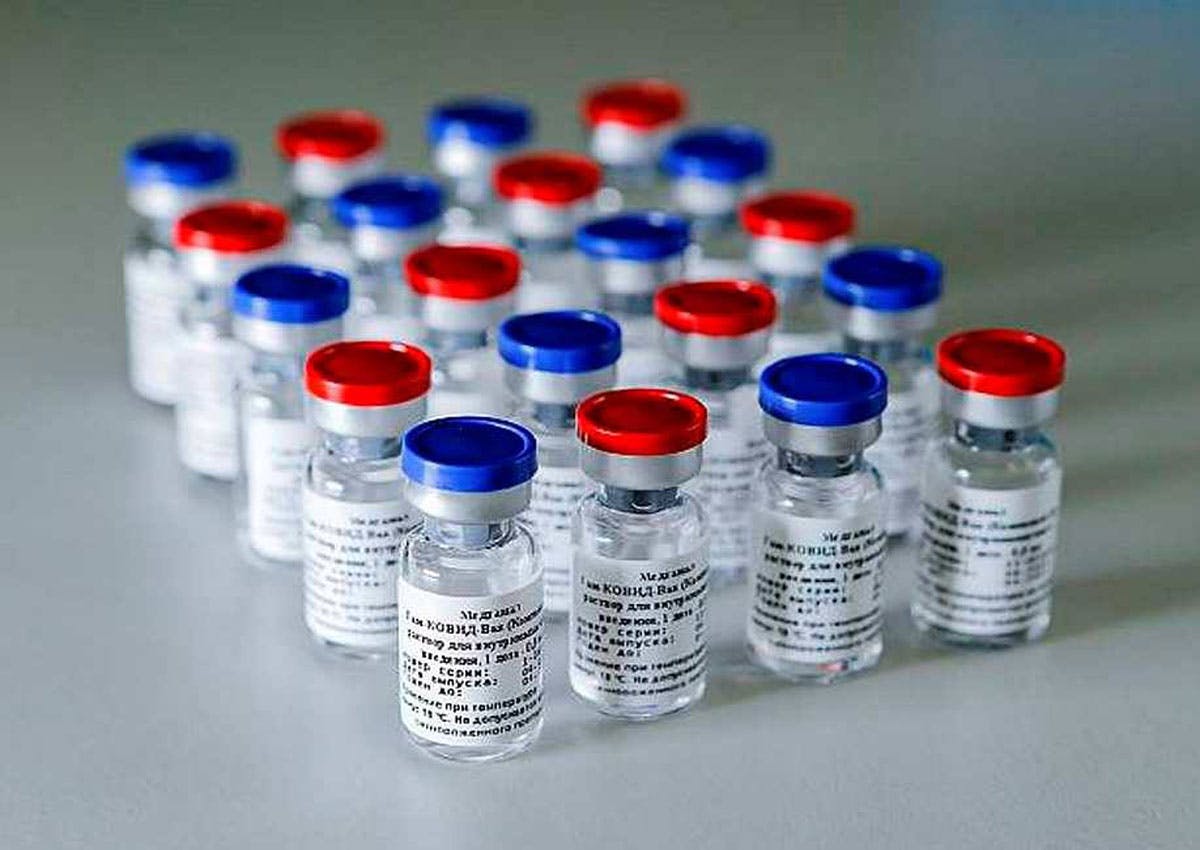 Russian President Vladimir Putin said on Tuesday, Aug. 11 that his country had become the first in the world to grant regulatory approval to a coronavirus disease 2019 (COVID-19) vaccine after less than two months of human testing, a move hailed by Moscow as evidence of its scientific prowess.

The vaccine still has to complete final trials, raising concern among some experts at the speed of its approval, but the Russian business conglomerate Sistema has said it expects to put it into mass production by the end of the year.

Russian health workers treating COVID-19 patients will be offered the chance of volunteering to be vaccinated in the coming weeks, a source told Reuters last month.

Regulatory approval paves the way for the mass inoculation of the Russian population and authorities hope it will allow the economy, which has been battered by fallout from the virus, to return to full capacity.

Dmitriev said Russia had already received foreign requests for one billion doses. International agreements had been secured to produce 500 million doses annually, with the vaccine also expected to be produced in Brazil.

He said clinical trials were expected to start soon in the United Arab Emirates and the Philippines.

But only about 10 percent of clinical trials are successful, and the speed at which Russia has moved, approving a vaccine before the final stages of trials to test safety and efficacy are over, has worried some scientists, who fear Moscow may be putting national prestige before safety.

Speaking at a government meeting on state television, Putin dismissed those concerns, saying the vaccine, developed by Moscow’s Gamaleya Institute, was safe and that it had even been administered to one of his daughters.

“I know that it works quite effectively, forms strong immunity, and I repeat, it has passed all the needed checks,” Putin said.

He said he hoped mass production would start soon.

The vaccine’s approval by the health ministry comes before the start of a larger trial involving thousands of participants, commonly known as a Phase 3 trial.

Such trials, which require a certain rate of participants catching the virus to observe the vaccine’s effect, are normally considered essential precursors for a vaccine to receive regulatory approval.

The Moscow-based Association of Clinical Trials Organizations, a trade body representing the world’s top drugmakers in Russia this week urged the health ministry to postpone approval until that final trial had been successfully completed.

In a letter to the ministry, it said there were high risks associated with registering a drug before that happened.

“It is during this phase that the main evidence of a vaccine’s efficacy is collected, as well as information on adverse reactions that could appear in certain groups of patients: people with weakened immunity, people with concomitant diseases and so forth,” it said.

Some international experts have also questioned the speed at which Russia approved its vaccine.

“Normally you need a large number of people to be tested before you approve a vaccine,” said Peter Kremsner from the University Hospital in Tuebingen, in Germany, currently testing CureVac’s COVID-19 vaccine in clinical trials. “In that respect, I think it’s reckless to do that (approve it) if lots of people haven’t already been tested.”

Duncan Matthews, a professor of intellectual property law at Queen Mary University of London, said news of a potential COVID-19 vaccine was to be welcomed, “but safety must be the priority.”

“The US Food and Drug Administration and the European Medicines Agency have fast-track approval procedures for emergency humanitarian use and we need to see evidence that Russia is adopting an equally prudent approach,” Matthews said in an emailed comment.

More than 100 possible vaccines are being developed around the world to try to stop the COVID-19 pandemic. At least four are in final Phase 3 human trials, according to World Health Organization data. 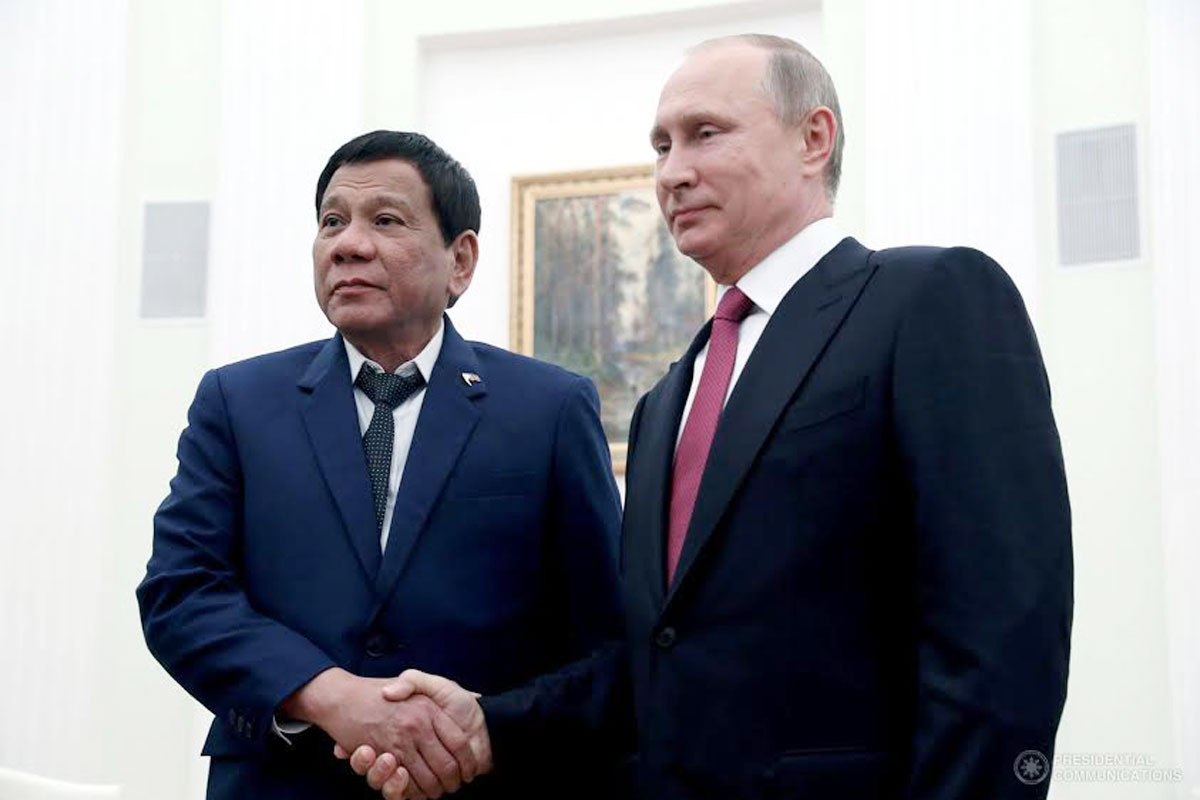 A welcome development for Duterte

President Duterte welcomed the offer of Russia for joint cooperation to fight COVID-19, adding he is willing to be vaccinated first as part of a clinical trial once the vaccine is made available to the Philippines.

In a recorded briefing on Monday evening, Aug. 10, Duterte said he was grateful to Putin for offering assistance to the country during these challenging times.

“I am very happy because Russia is our friend.  We are not enemies. We do not have a conflict with Russia. They are ready to provide us with the vaccines,” the President said in Filipino during his meeting with the members of the Inter-Agency Task Force for the Management of Emerging Infections Diseases.

“We are really friends… and they are not telling us to pay for it,” the Chief Executive said, referring to the vaccines. “I think  (this offer of) President Putin is free.  So we are now accepting this and we still have to discuss details on how much they can supply. We also need to subject these to clinical trials.”

Duterte made the statement despite concerns raised over Russia’s race to allow civilian use of its COVID-19 vaccine ahead of clinical trial results.

Duterte stressed he would tell Putin that he trusts Russia enough to allow himself to be part of the trials: “I trust you and I have high hopes on… your studies in combating COVID and I believe that the vaccine that you have produced is really good for humanity.”

While Duterte also cited in his speech the vaccine development efforts in the United States, he noted that with America, “you will have to pay for it actually. The ones who are working on COVID vaccine in America (are) Pfizer, Johnson & Johnson, which are big companies.”

Whether or not the US government would be ready to provide free vaccines to the Philippines, Duterte said he is more sure about Russia’s technology.

He directed concerned officials to look for a Russian partner in the country “so that they can work expeditiously.”

“We are extremely grateful,” Duterte said.

In a statement released on Tuesday, Malacañang said the bilateral ties between Manila and Moscow are further strengthened because of the pandemic.

“The Philippines appreciates Russia’s offer of cooperation to jointly combat COVID-19 pandemic,” the Office of the Presidential Protocol said. “The Philippines stands ready to work with Russia on clinical trials, vaccine supply and production, and other areas deemed practicable by relevant Philippine and Russian agencies to address this global health emergency.”

According to Malacañang, it expects “all cooperation initiatives” to be consistent with protocols for testing and health standards. “International cooperation is key to effectively combat this global pandemic.”

“Consistent with the President’s independent foreign policy, we continue to work with partners across the world to ensure access to safe vaccine,” the statement said. 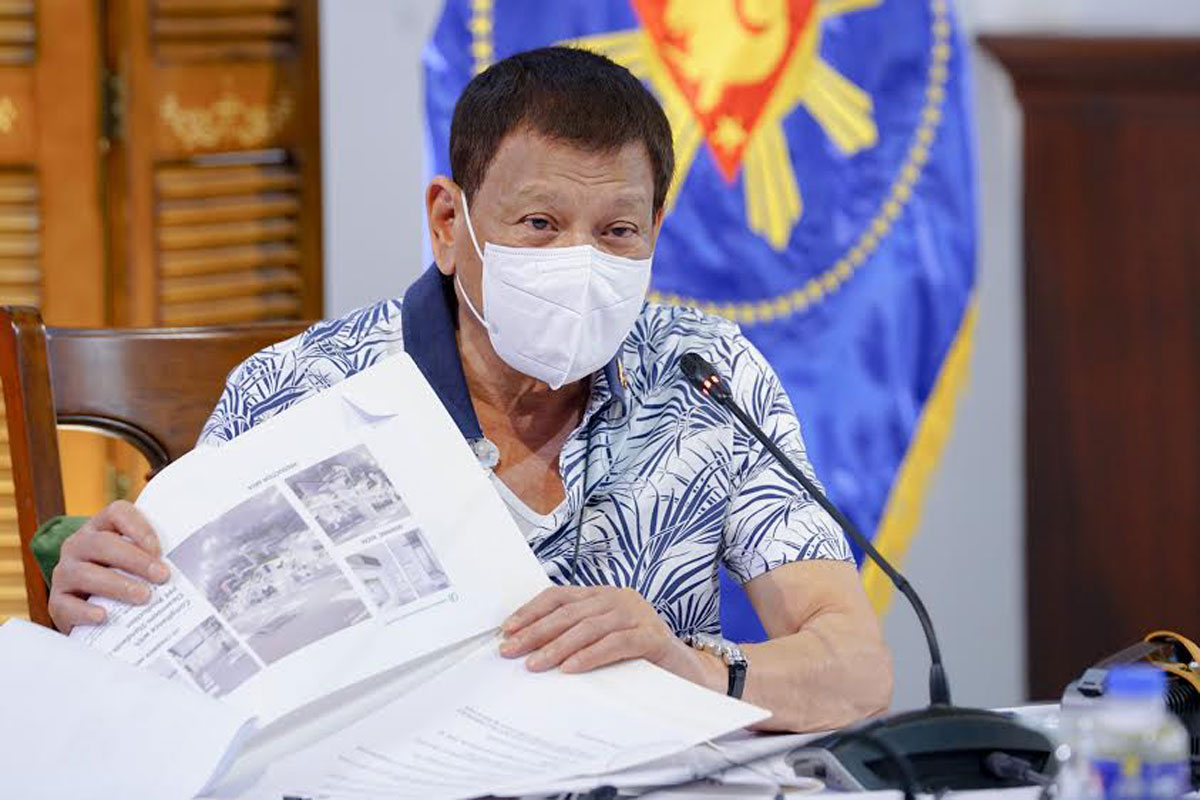 On Monday, Aug. 17, the clinical trial for Japan’s Avigan drug will begin on 100 patients infected with COVID-19, the Department of Health (DOH) disclosed.

DOH Undersecretary Maria Rosario Vergeire said the drugs and protocols for the trial have already been approved by the Food and Drug Administration and the Ethics Board.

The trial will adopt the open-labeled, multi-centered and randomized method.  It will also have comparative studies with two study arms and concealed allocation.

This means there will be two sets of COVID-19 patients under the trial, with one being provided the existing supportive care.

The other set will be given the existing supportive care alongside Avigan.

"The patients won’t know which medicines they will be getting,” Vergeire explained.

Qualified to join the trial are those aged 18 to 74 years and without bacterial infection and pre-existing conditions involving the heart and kidney.  They should also agree to use contraceptives or condoms.

Last week, the Avigan tablets donated by the Japanese government were received by the Philippine government.

Duterte said he expects that vaccines to be distributed by September and October following clinical studies.

“[The vaccines] should pass the measures that would ensure that (they are) really safe. And that’s it! Whether or not it is safe for a particular race, like the Filipino or Chinese, it cannot be known unless we go into clinical trials,” he said.

The President expressed hope that “in the fullness of God’s time, we will have a, hopefully, a COVID-free December and we can enjoy this Christmas season.”

Addressing Putin and Russia, Duterte said: “From the bottom of my heart, I thank you for being good to the Filipinos. And someday we will… pay our debts of gratitude. But I promise you that the Philippines and Russia will remain friends forever.”

Duterte reiterated his desire to pursue what he describes as an independent foreign policy. “I do not take sides in the geopolitical struggle,” he said.

The Chief Executive recalled Putin’s commitment even before the COVID-19 outbreak, that anybody from the Philippines who wants to seek medical treatment would be welcome in Moscow.

Presidential spokesman Harry Roque Jr. said the President’s independent foreign policy has paid off because it has opened many doors of alliances instead of just with the US.

Apart from China and Russia, the Philippines has started talks for a vaccine collaboration with the US and Japan in the fight against COVID-19.