No Confirmed 2019-nCoV Case In Phl; Anti-coronavirus Vaccine Yet To Be Developed

Health officials remain vigilant despite the decision of the Chinese government to lock down three cities including Wuhan in Hubei province where the 2019 novel coronavirus was first detected and continues to spread. 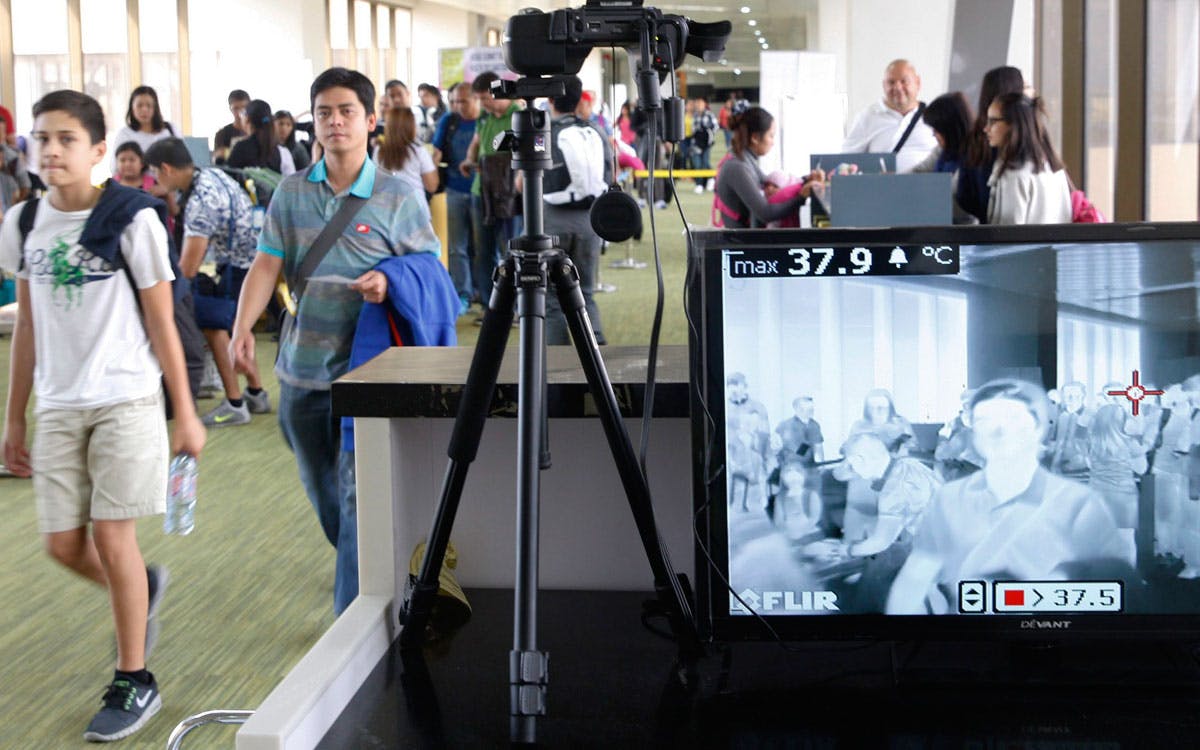 The Philippine STAR file photo shows passengers at the Ninoy Aquino International Airport Terminal 1 passing through a thermal scanner to detect those with fever amid the outbreak of the Middle East respiratory syndrome several years back.

The Philippines does not yet have a confirmed case of the 2019 novel coronavirus (2019-nCoV) as the five-year-old Chinese boy from Wuhan City in China’s Hubei province tested negative for coronavirus, health officials said yesterday.

The four family members of first recorded case of 2019-nCoV in Hong Kong who  arrived in Manila on Wednesday morning on Cebu Pacific flight 5J111 also did not manifest symptoms and were no longer tested for coronavirus.

“They are not sick so there is no need to test or admit them. But we are still closely monitoring them,” Department of Health Undersecretary Eric Domingo noted.

Domingo said a report that two persons in Bohol are being monitored for suspected 2019-nCoV infection is not confirmed.

“We don’t have a confirmed case, but we don’t know if we are still free from the virus,” Domingo said in a press briefing.

“Are we expecting that the virus will eventually come to the Philippines? Well,  I think the World Health Organization’s position right now is that the virus is really going to spread,” Domingo noted.

In Cebu City, the DOH Regional Office 7 or Central Visayas Center for Health Development said the Chinese boy tested negative for coronavirus infection. The first swab samples taken from the boy had tested positive for coronavirus and were sent to Australia to determine the strain that had infected him.

According to Dr. Van Philip Baton,  DOH RO7 medical program coordinator for infectious diseases, the boy could already be discharged if another local test would yield a negative result.

Baton said while the test results of swab samples from Melbourne, Australia would detect the kind of coronavirus strain that infected the boy, “it’s not the latest specimen.”

Domingo and Baton said the laboratory results from Melbourne could come out this afternoon at the earliest or by Saturday.

The boy would not be discharged until he is established to be totally negative of the virus, Domingo said.

The DOH disclosed that the boy is stable, with no fever, cough and other signs or symptoms associated with 2019-nCoV. But he remains in isolation until test results from Australia and the Research Institute for Tropical Medicine come out.

Singapore reported its first case of 2019-nCoV yesterday, a Wuhan resident, and is looking into other possible cases, the Straits Times reported.

A GMA News report said before the lockdown, a Royal Air Charter flight departed from Wuhan before 6 a.m. carrying 135 passengers headed for Boracay Island. The report quoted Civil Aviation Authority of the Philippines spokesperson Eric Apolonia as saying that no one  among the passengers had fever when checked by Bureau of Quarantine personnel, thus they were allowed to enter. 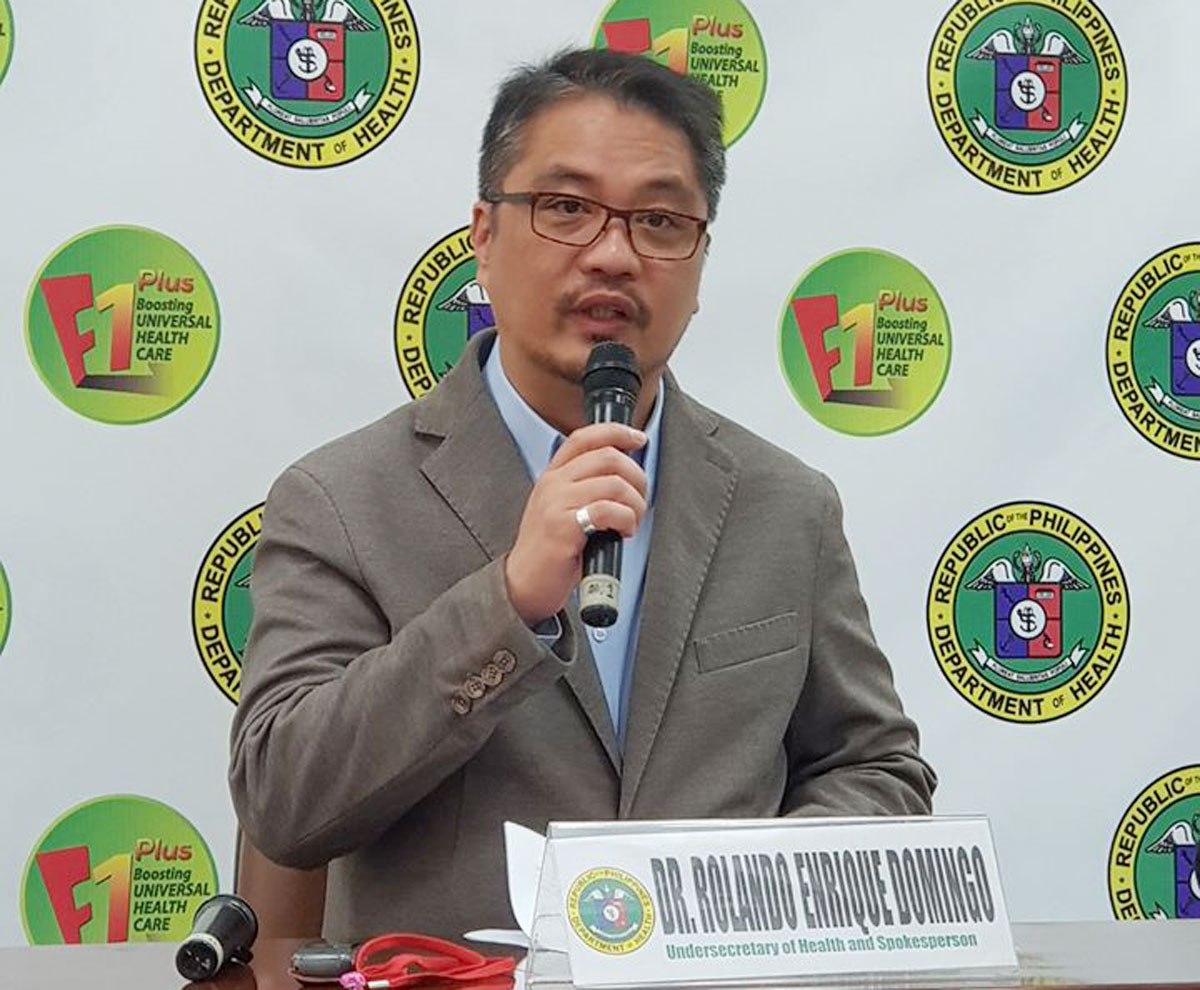 Health officials find it challenging to deal with coronaviruses because they come in many strains and only six have been identified so far.

Domingo said a new vaccine to prevent the spread of the new strain of coronavirus is unlikely to become available anytime soon.

He also cited the need to identify with certainty the new coronavirus first.

“The development of the vaccine will come a long time after” the new virus is identified and studied thoroughly, Domingo stressed.

Domingo said of the six coronaviruses identified, SARS and MERS are considered severe while four are mild.

“The 2019-nCoV may be the seventh to be identified and it’s between mild and severe,” Domingo noted.

Regular vaccine, he said, will not work against the new coronavirus.

If the new virus will become persistent and spread fast, Domingo said the WHO is expected to work immediately for the development of a new vaccine to contain it. 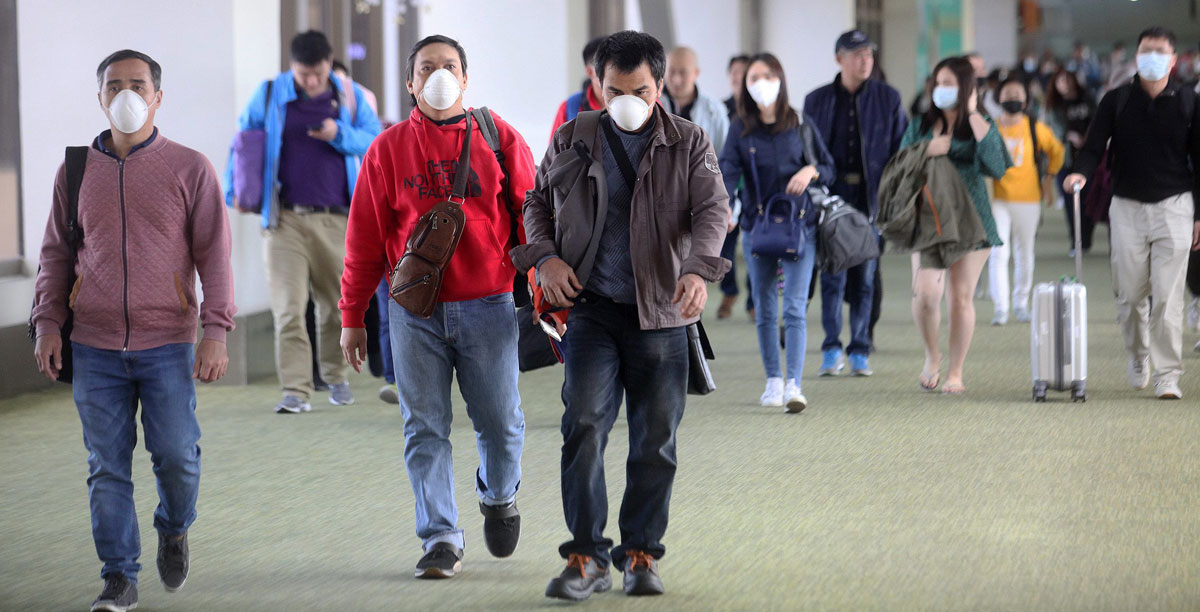 Domingo welcomed the decision of the Chinese government to lock down the city of Wuhan in its Hubei province where the first case of 2019-nCoV was first detected and continues to spread. Two other Chinese cities affected by the novel coronavirus – Huanggang and Ezhou – were also shut down last night.

“It’s very welcome and reassuring for all countries. We all welcome this development,” Domingo said.

He noted that there are now 2019-nCoV cases in several countries, including the United States, so the possibility of an international spread and the virus coming to the country is no longer theoretical.

At this time, Domingo said, the strategy adopted by the WHO is to enable every country to identify, isolate, contain and manage cases when the virus spreads in different countries.

After the suspension of all flights from Wuhan, Domingo said the government is  monitoring all other flights from China as part of the measures to prevent the spread of the virus to the Philippines.

Health Secretary Francisco Duque III also said he had ordered all passengers from China to submit their health declaration card and to indicate their travel history and other necessary information for assessment.

Duque said the Bureau of Quarantine and other concerned government agencies are fully prepared for the possible entry of 2019-nCoV into the country.

However, Domingo said those who have no history of travel to China, or did not work in hospitals in Wuhan or have no contact with patients diagnosed to be positive for the virus need not fear even if they are suffering from cough or fever.

“All those factors should be considered before one can be suspected of having acquired the new virus. So if one has a cough or runny nose, but did not come from Wuhan, China, that is not 2019-nCoV. It’s just flu season in the Philippines,’’ Domingo added.

He urged those who have traveled to Wuhan since Dec. 8 and are experiencing symptoms of the infection to immediately go to DOH hospitals so they could be tested and treated. 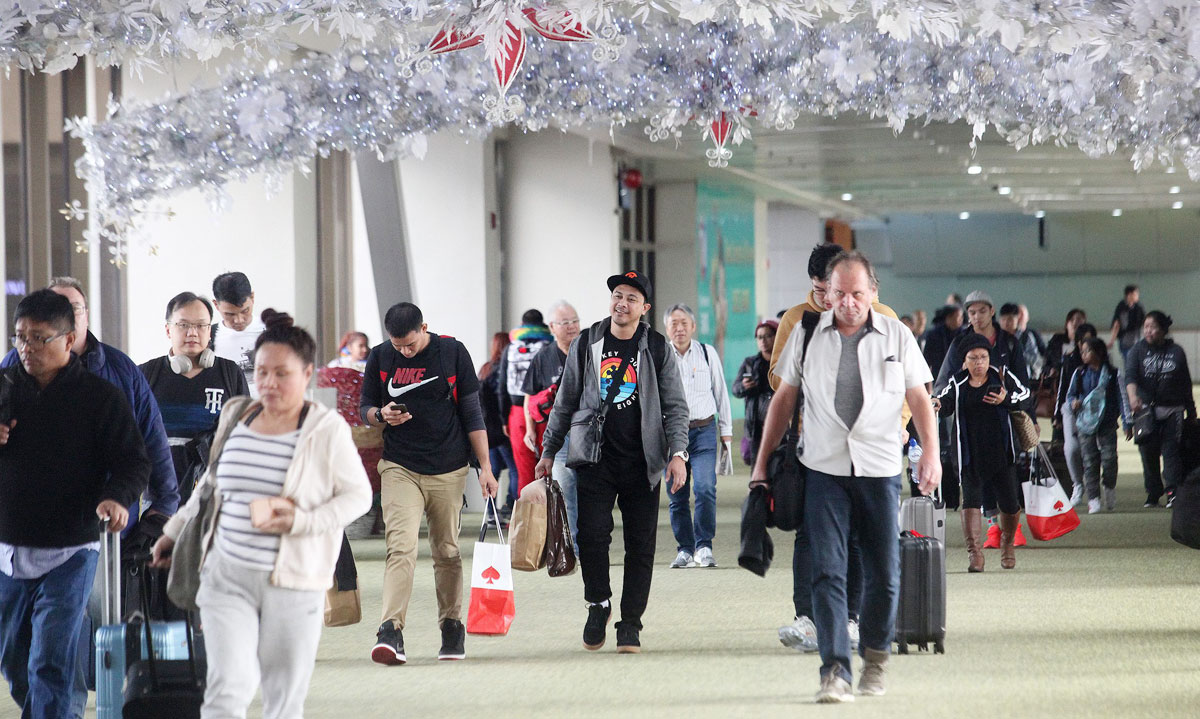 Domingo said 97 percent of those who have been infected by the new virus have recovered.

After a 14-day incubation period, Duque said a person infected with coronavirus will experience cough, fever, headaches and body malaise. The infection can eventually lead to serious complications like acute respiratory syndrome, kidney failure and even death.

At this time, Duque said there are still blind spots on 2019-nCoV as it has not been fully characterized on the extent of clinical manifestation and mode of transmission.

Duque initially said the new virus was reported to be transmitted from animal to human, but it has attained rapid transmission among humans, amounting to the possibility of human-to-human transmission.

He noted that more information is now coming from China about the new illness, and the Chinese government is becoming more transparent in reporting developments that will guide other countries in mounting preventive measures.

The WHO, Domingo said, is still discussing the matter and has not yet decided whether to declare the 2019 n-CoV outbreak as an international public health emergency.

In the meantime, Domingo said health authorities would use the “guidelines” adopted in responding to the SARS-CoV and MERS-CoV outbreaks in the past, but probably with some modifications.