Manila Among Most Expensive Cities To Live In Southeast Asia

Taking into account every necessity such as rent, food, transportation, utilities, et cetera, the total estimated monthly cost of living in Manila reached about P50,800. 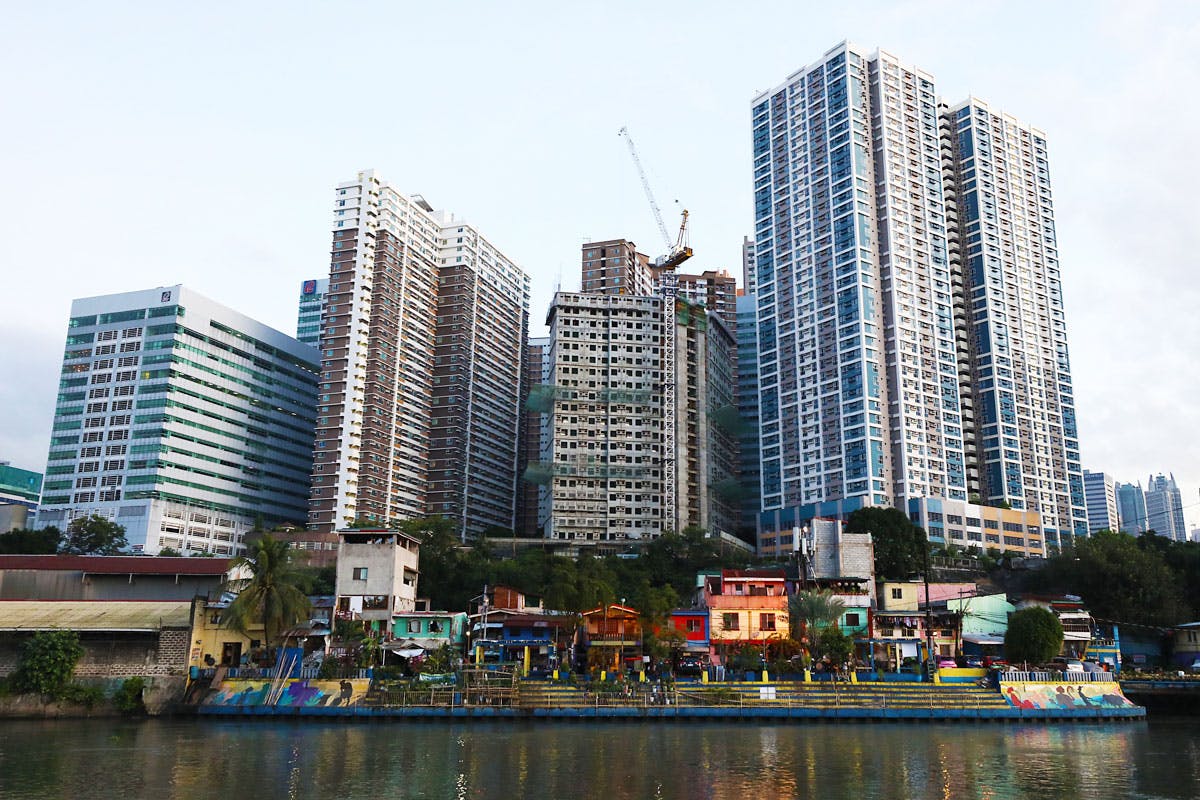 A residential area along Pasig River is dwarfed by the towering buildings in Mandaluyong City. Photo by Miguel de Guzman, The Philippine STAR

A new study in six of Southeast Asia’s popular cities revealed that Manila, the capital city of the Philippines, has the third most expensive cost of living and the lowest average salary.

On Wednesday, April 21, the meta-search website iPrice Group released the study comparing the estimated average monthly cost of living for a single person in six popular cities in Southeast Asia on Numbeo, one of the world’s largest cost of living database.

A meta-search engine is an internet portal that aggregates the web search results for a keyword or a phrase of many different search engines using a proprietary algorithm.

Taking into account every necessity such as rent, food, transportation, utilities, et cetera, the total estimated monthly cost of living in Manila reached about P50,800, landing on the third spot of the list.

The cost of living in Singapore, which is a developed country, is at least 132 percent higher than the other nations in Southeast Asia, making the city-state the most expensive place to live in the region.

Second in the list is Bangkok, the capital city of Thailand, which has an estimated monthly cost of living of P51,500 for a single person, which is only percent lower than that of the Philippine figures, the study noted.

Manila’s cost of living topped Kuala Lumpur in Malaysia by 33 percent, Ho Chi Minh in Vietnam by 28 percent, and Jakarta, Indonesia by 24 percent.

Without rent, the total cost of living still reaches about P28,800 per month in Manila, the study showed. 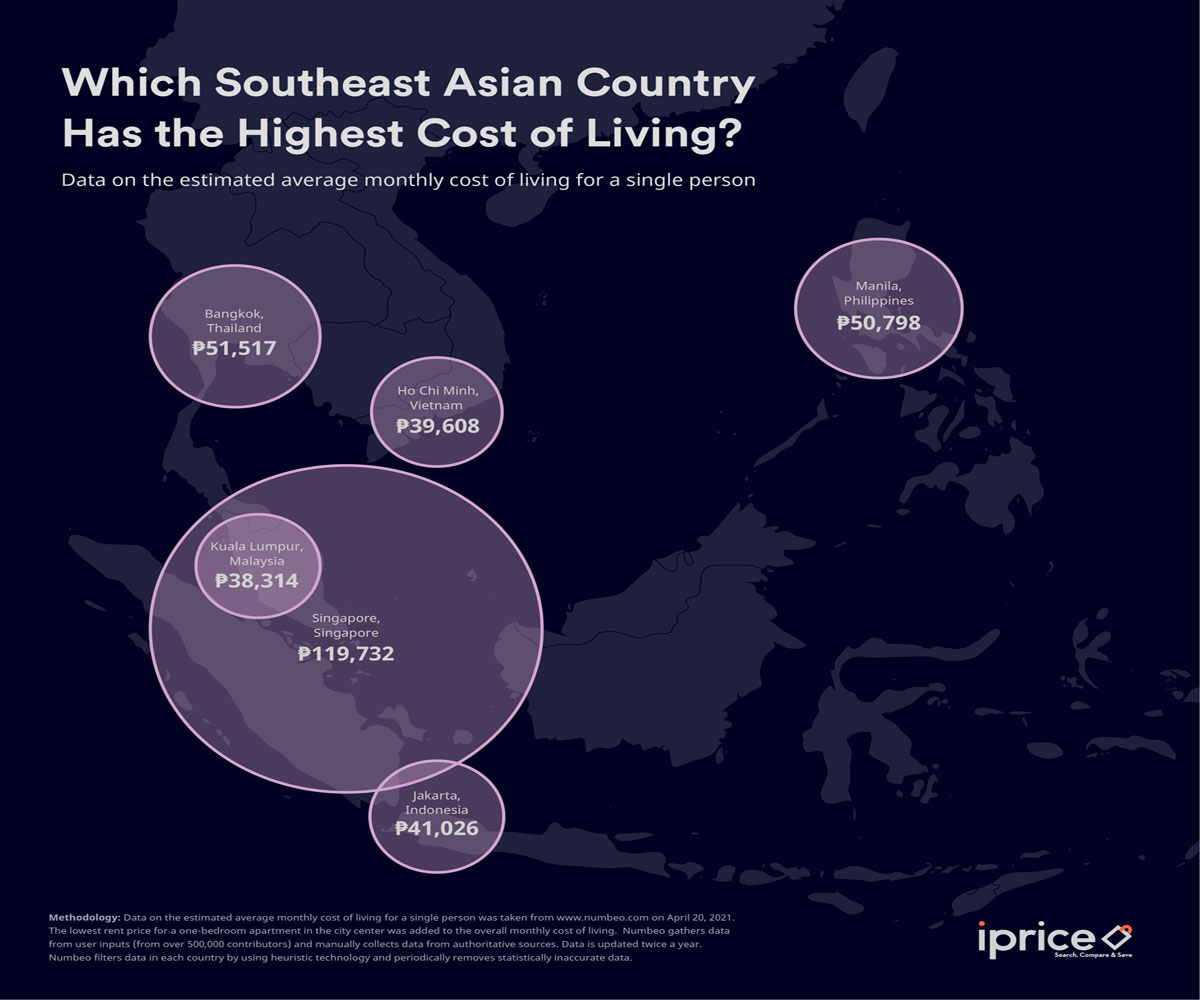 The research also bared that Manila has the second-highest rent prices among the six cities, right after Singapore.

“We all know that Singapore is way ahead of its Southeast Asian peers, so it’s quite surprising that a developing country’s capital city, which is way behind the aforementioned Lion City in terms of economic development, has the second-highest rent prices in the region,” the study said.

In Manila, some residents resort to renting bed spaces and sharing rooms with others as renting actual rooms or an entire apartment is expensive.

“And yet, these are all cities that have comparable economic states. Surprisingly, it is even nine percent higher than Bangkok’s, which is a Southeast Asian tourist hotspot,” the group noted.

Numbeo, a crowd-sourced global database of quality of life information, gathers data from user inputs or over 500,000 contributors. It also manually collects data from authoritative sources, which are updated twice a year.

Numbeo also recorded Manila to have the lowest estimated average net salary among the other cities.

Based on the contributors’ data and aggregated information from authoritative sources, the city’s average salary is only about P18,900 per month.

“The average cost of living is 168 percent higher than the average salary, so it comes as no surprise that about 35 percent of Metro Manila’s population is reported to live in unstable, badly constructed shelters in the slums, and 11 percent of these reside near railroads or garbage dumps,” the study said.

“Given the prices stated above, it leaves us wondering how comfortable Filipinos residing in Manila really are,” it added.