Why is the Philippines lagging behind in the race to vaccinate the people? In the United States 43.63 million people have been vaccinated, the highest in the world. 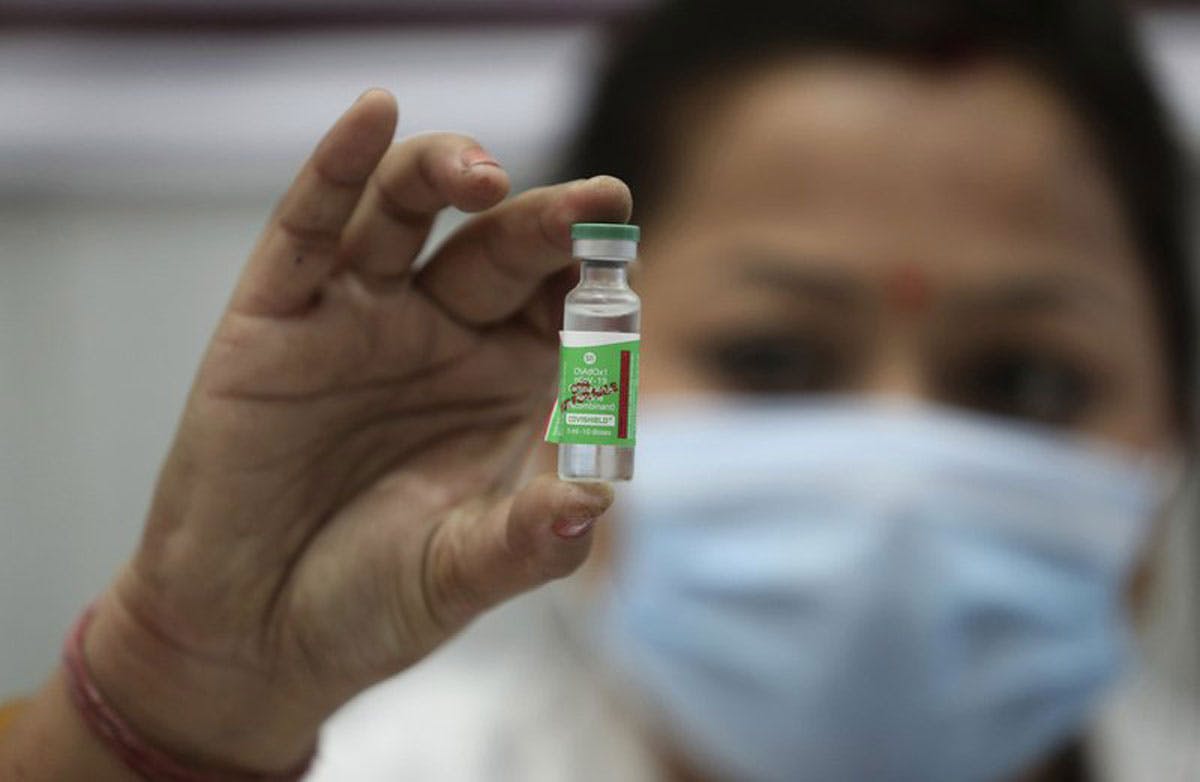 In this Jan. 16, 2021 file photo, an Indian doctor shows a COVID-19 vaccine at a government Hospital in Jammu, India. India started exporting COVID-19 vaccines to its neighboring countries on Jan. 20, 2021, including Bhutan, Maldives, Bangladesh and Nepal. Photo by AP

The Philippines is the third largest country in the world that has still not begun inoculating its residents against the coronavirus disease 2019, with only the African states of Nigeria and Ethiopia having bigger unvaccinated populations.

As of Monday, Feb. 22, 10:00 p.m., the most recent information in the database of Our World in Data  – a scientific online publication whose research team is based in the University of Oxford  – showed that at least 97 countries and territories have already begun their vaccination programs ahead of the Philippines.

Critics of the Duterte administration’s much-delayed vaccination rollout cannot help but compare the Philippines specifically to Bangladesh, a South Asian country that is poorer and more heavily populated but has already secured doses of vaccines developed by AstraZeneca plc and University of Oxford.

Yet, Bangladesh already gave at least one does of the vaccine to 2.08 million people, or 1.3 percent of its population

Sen. Risa Hontiveros in a Feb. 19 statement said: “I hate to hear that they keep on using the lack of global supply as an excuse when Bangladesh, Nepal, and Pakistan, also developing countries, have already begun their vaccination program with Pfizer and AstraZeneca. Those are the same brands of vaccines we were supposed to have received by now.”

Senate Minority Leader Franklin Drilon on Monday aid if “you include Bangladesh, much poorer than us and a few other countries,” it becomes apparent that “mismanagement in handling the supply agreements” should be blamed for the Philippines’ inability to start its vaccination program.

Not many Southeast Asian countries have begun their immunization programs. Malaysia, Thailand, Vietnam, Brunei, Laos and Timor-Leste have not started theirs, although the first three expect to do their rollout soon.

The Southeast Asian countries with ongoing vaccination programs are: 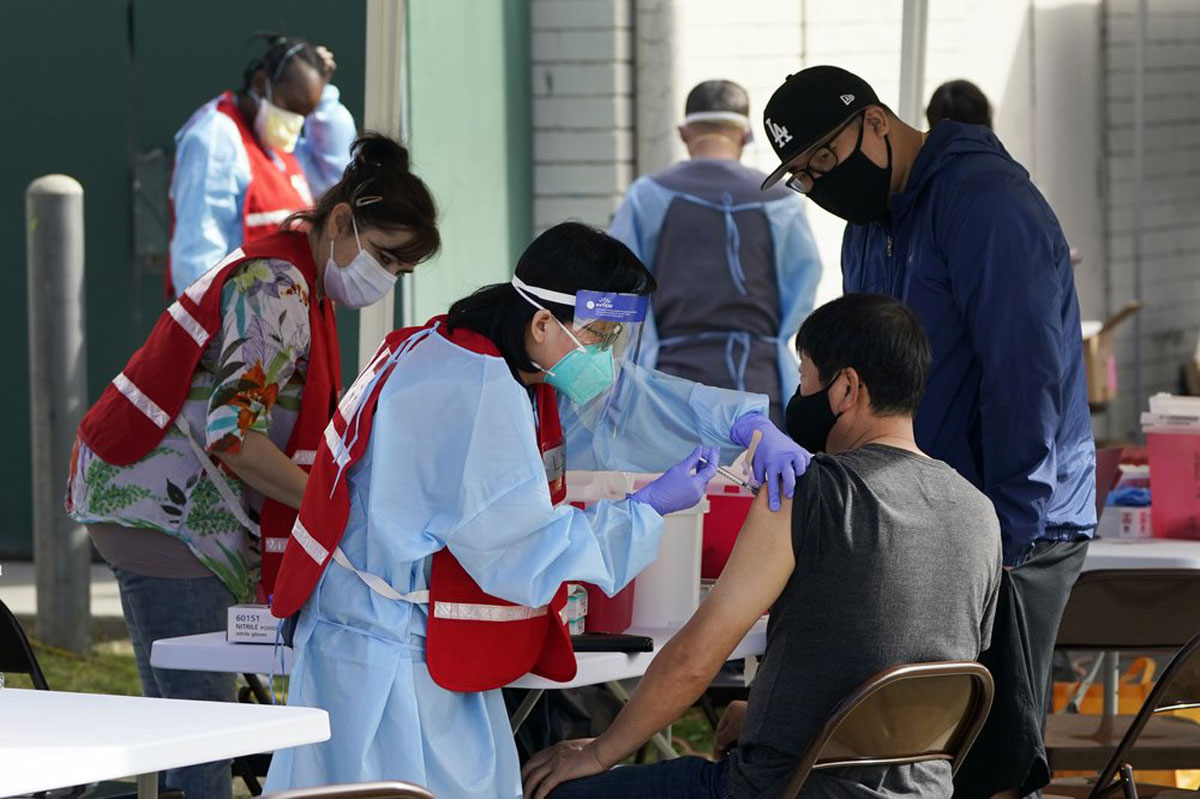 The number of doses may not equal the number of persons who received the vaccines, as some of them have been given the recommended two shots for full protection.

When it comes to the number of people who received at least one dose of the vaccine, the United States covered 43.63 million.

In proportion to population

Globally, only 2.7 doses of vaccines against COVID-19 have been administered for every 100 persons. Only 20 countries and mostly British territories were able to report double-digit figures.

The tiny British territory of Gibraltar, located at the tip of Spain, leads the pack with a whopping 87.1 doses per 100 persons being administered.

Gibraltar was followed by Israel at 85, the African island country of Seychelles at 66.2, and the United Arab Emirates at 56.2 for every 100 persons.

The UK – England, Scotland, Wales and Northern Ireland – recorded a figure of 26.8. It was then followed by the British Crown dependency of Jersey (25.7), the North Atlantic territory of Bermuda (21.1), and another Crown dependency, the Isle of Man (20.6).

The US, the country with the highest number of COVID-19 cases, had administered 18.9 doses for every 100 persons.

The others that performed above average were Barbados, Greenland (a Danish territory), and Canada in North America, hard-hit Brazil in South America, the African kingdom of Morocco, and the Asian countries of Singapore, Kuwait, and China.

Israel also led the pack in terms of the number of people who received at least one dose of the vaccine. It was the first to give the jab to more than half its population, at 50.5 percent, although Gibraltar would get there soon at 49.8 percent.

The delay in the rollout of the Duterte administration’s mass vaccination program for COVID-19 was due to mismanagement in addressing the pandemic as well as mishandling by government prosecutors of the Dengvaxia case, Drilon said.

He said the mishandling of the case by the Public Attorney’s Office (PAO) involving the anti-dengue vaccine made by French pharmaceutical firm Sanofi Pasteur contributed to the delays in arrival of COVID-19 vaccines in the country after their manufacturers have sought to have a government guarantee for indemnification of those who may sustain adverse effects from their serums.

“Why suddenly the manufacturers required an indemnity clause? Because of their experience on the way the Dengvaxia controversy was handled against Sanofi,” Drilon told  ABS-CBN News Channel.

Vaccine czar Carlito Galvez had earlier said manufacturers are seeking an indemnity agreement following the news of warrants of arrest against Sanofi officials involved in the Dengvaxia.

“It should be looked at in the context of the way PAO Chief Persida Acosta handled the Dengvaxia controversy,” he added, lamenting how the official’s handling of the case burdened the poor health workers who were made defendants in the cases filed all over the country. 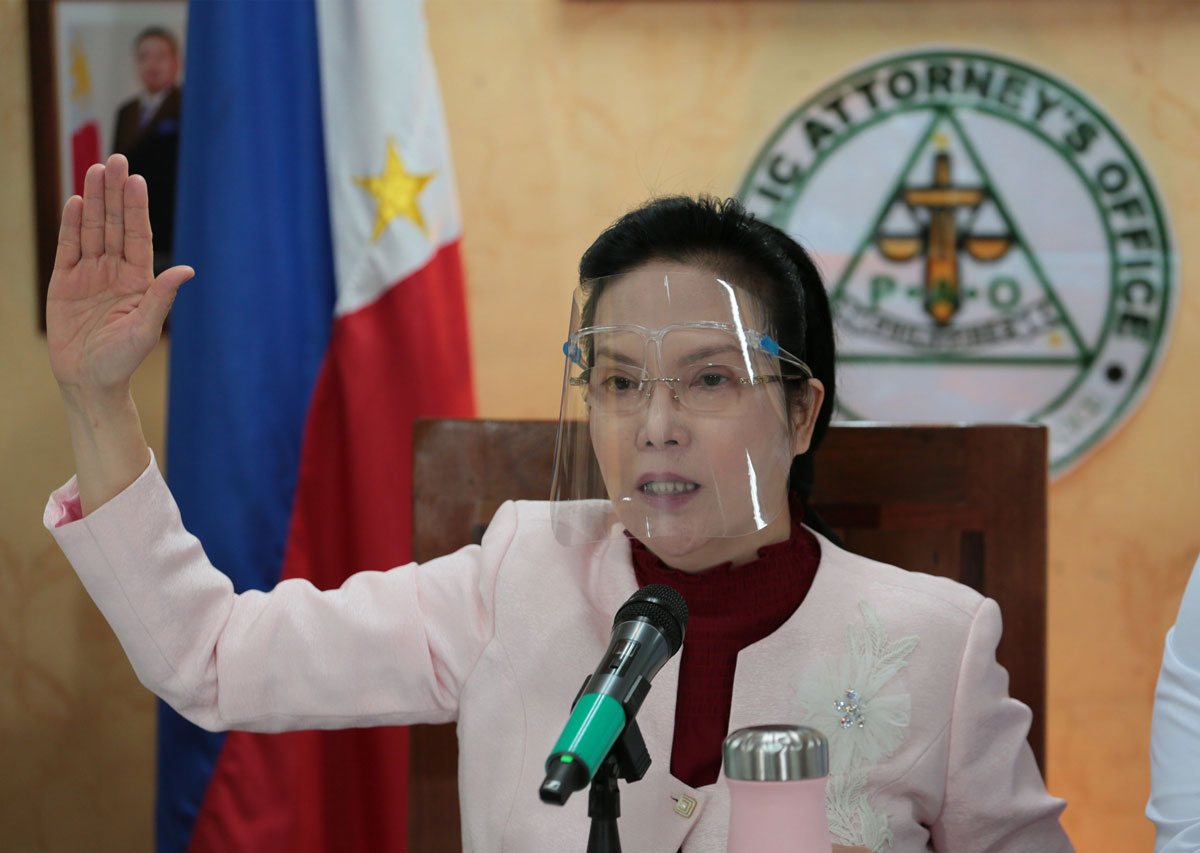 Drilon noted that given the unfortunate experience of health workers in the Dengvaxia case, it is only proper to include a provision in Senate Bill No. 2057 that Congress is expected to pass this week that will shield volunteers, like health workers, who are authorized to carry out the vaccination program from suits and liabilities, except arising from willful misconduct.

Drilon, however, stated the free and harmless clause would apply only to vaccines validly procured, not to smuggled vaccines.

Drilon said the indemnity issue is not the only reason for the delay as he cited mismanagement in the country’s vaccination strategy.

“To me, this is not the only reason. I think just like the way COVID-19 pandemic was handled, there is mismanagement in handling the supply agreements,” he said, even as he pointed out other countries considered to be poorer than the Philippines have their vaccinations well underway.

Among the 10 countries in Southeast Asia, six countries are already inoculating their citizens, namely: Singapore, Indonesia, Cambodia, Vietnam, Laos, and Myanmar. Only the Philippines together with Malaysia, Brunei at Thailand have not started the vaccination, he pointed out.

He said another factor – the refusal of the government to make advance payments – contributed to the delays.

“This advance payment is authorized under the law. We have to queue and we are last in the queue because of our failure to make an advance payment early enough,” Drilon said.

Under existing laws, he explained the government, including local government units, are allowed to make an advance payment beyond the mandated 15 percent cap particularly in emergency situations such as the continuing COVID-19 pandemic.

He also defended Congress against criticisms that the delay is caused by its inability to pass a measure that will provide for an indemnity fund.

“That’s totally unfair. There are indemnity agreements that have been signed in some instances and that was without a law. It is the mismanagement of this entire process that caused the delay in our procurement,” he stressed.

He said the President does not need a law to hold the manufacturers free and harmless except when they are negligent, emphasizing that the President has full power to bind the country.

He added the government can easily tap into its billions of pesos contingent fund to fund an indemnification system.

Nevertheless, Drilon agreed that putting it clearly in the law will help improve the confidence level of the citizenry on the vaccines as he vowed support for the measure that will fast-track the procurement and administration of the vaccines.

“Even if I am in the opposition, this is a bipartisan measure and we will support it. We will support it with proper safeguards and correct principles. In fact, I have requested that I be made co-author even though I am the minority leader, because we want to show our people that when it comes to this matter there is unity in government,” he said.

Presidential spokesman Harry Roque disputed Drilon's statement that the delay in vaccine delivery was because of mismanagement, not due to the indemnity requirements set by the vaccine suppliers.

"Well, we obviously disagree and it is very clear. We have a letter from the COVAX (Facility) that the Pfizer (Inc.) and AstraZeneca vaccines would arrive in February. But the manufacturers were afraid because in the Philippines, vaccine manufacturers approved not only by the FDA (Food and Drug Administration) but also by the WHO (World Health Organization) were charged. They needed to protect their interests," Roque emphasized.

Roque said pharmaceutical firm AstraZeneca has sent a notice to the Philippines and other recipients that the vaccines would be shipped out by the end of February but has also warned that there may be "delays" because of logistical challenges.

He said there is no date yet for the arrival of Pfizer vaccines.

Roque said the government's pandemic task force is expected to craft a policy on the vaccination of all persons in the Philippines, including foreigners.

"COVID does not recognize any nationality, gender or color. Any person can catch it," he added. – With Paolo Romero, Alexis Romero
Latest News
onefeed Top headlines from the OneNews network
Having problems seeing the article? View this article in your phone’s browser. (Tap the upper right corner and select “Open In…“).
Application update is available.