Should we call ourselves Filipinxs and Pinxys from now on? These are just some of the 650 new entries and revisions made by English online resource platform Dictionary.com recently. 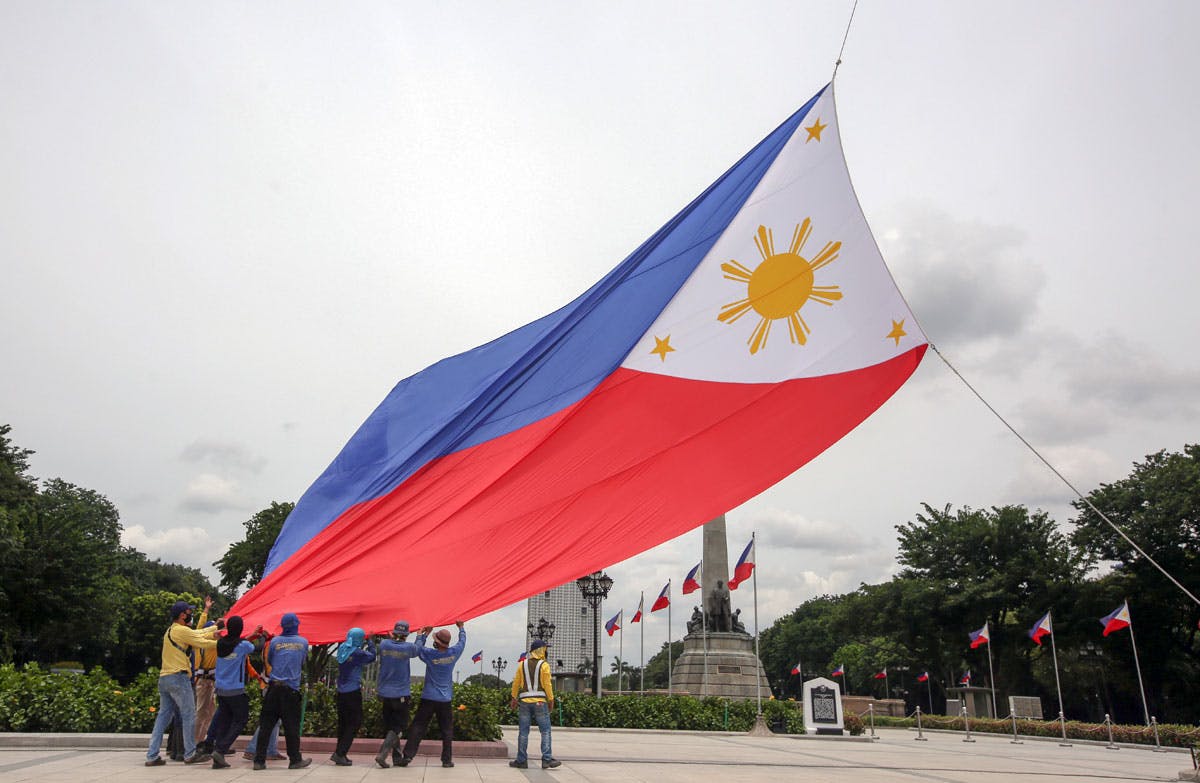 Workers of the National Parks Development Committee replace the old Philippine flag in Rizal Park in Manila with a new one on Aug. 29, 2020 in time for the observance of National Heroes’ Day on Aug. 31, 2020. Photo by KJ Rosales, The Philippine STAR

English online resource platform Dictionary.com has added new terms related to the Philippines in its latest update, which features 650 new entries and revisions on thousands of others.

Five new terms related to the country have been added to the dictionary: Filipinx, Pinxy, Filipina, Pinoy and Pinay.

They join other Philippine-related terms previously added in the online resource, such as Filipino, Pilipino and Tagalog.

Filipinx, pronounced as filipineks or filipinks, is a gender-neutral term that can be used either as a noun or an adjective “in place of the masculine form Filipino or the feminine form Filipina.”

Pinxy, pronounced as pinksee, is the informal version “used in place of the masculine form Pinoy or the feminine form Pinay.”

According to Dictionary.com, the historical usage of Filipinx and Pinxy is related to that of Latinx, a gender-neutral term to refer to “people of Latin American origin or descent, especially those living in the United States.”

In the entry for Latinx, it was explained that the character x has been used to replace the gendered inflections -o and –a.

“The spellings Latinx or Chicanx are particularly embraced by groups that wish to include members whose gender identities are nonbinary,” the entry read.

“By respecting the gendered grammar of Spanish in our English use of these loanwords, biological sex and binary gender identity are imposed onto English discourse in ways that otherwise would not have occurred,” it added.

Meanwhile, Pinay and Filipina were defined as something relating to female natives or inhabitants of the Philippines.

Pinoy – like the word Filipino – did not include a gender reference in its definition, indicating that it may be used as a gender-neutral term.

The new Philippine-related words were among the new or updated entries connected to ethnicity, which also included brownface, whitesplain and capitalization of the term Black in reference to people.

“Many of these updates – 650 of them, as noted – are of the sort that usually win attention: the new words that define the culture, technology, and environment of our times,” the online dictionary said in a statement on Tuesday, Sept. 1.

“But just as important as the new words we’ve added are the deeper revisions that document what drives us here at Dictionary.com: the ways language is constantly evolving. A great many of these entries we’ve updated address topics that touch all of us on the most personal levels: race and ethnicity, gender and sexuality, health and wellness,” it explained.

The dictionary said it has also replaced references to homosexual and homosexuality with gay, gay man, gay woman or gay sexual orientation.

For example, gayness is now defined as “gay or lesbian sexual orientation or behavior” compared to the previous version “homosexuality.”

“The previously used terms, homosexual and homosexuality, originated as clinical language, and dictionaries have historically perceived such language as scientific and unbiased,” the dictionary noted.

“But homosexual and homosexuality are now associated with pathology, mental illness, and criminality, and so imply that being gay – a normal way of being – is sick, diseased or wrong,” it said.

“Not only do these revisions help eliminate heterosexual bias in language, they also help better convey the diversity and richness of – and take Pride with a capital P in – human sexual experience and identity,” it emphasized.

Noting evolving language in the field of personal health and wellness, Dictionary.com said it has improved entries related to suicide and addiction, such as replacing all instances of “commit suicide” with “die by suicide or end one’s life.”

“The moralistic verb commit is associated with crime (in the justice system) and sin (in religion), deepening the emotional pain surrounding this sensitive but important subject – and thickening the barriers to talking openly about it,” it said, noting that the new language is preferred by mental health professionals and suicide prevention specialists.

The online resource platform disclosed it also replaced all instances of the noun “addict” to “a person addicted to or a habitual user of.”

“These changes foreground the fact that people who have addictions are human beings, first and foremost. For instance, our new entry for the second sense of user now reads: ‘a person who is addicted to or abuses a controlled substance or alcohol; one who uses illegal or addictive drugs,’” it said.

“We implemented our changes to addict in parallel with revisions to the sometimes offensive noun alcoholic, which we now define as ‘a person with alcoholism or alcohol use disorder; a person addicted to intoxicating drinks,’ ” it added.

Dictionary.com said referring to people with addictions as addicts or alcoholics “reduces them to a label – and one long connoting moral failure and weakness of character – and defines them by only a single aspect of their complex humanity.” 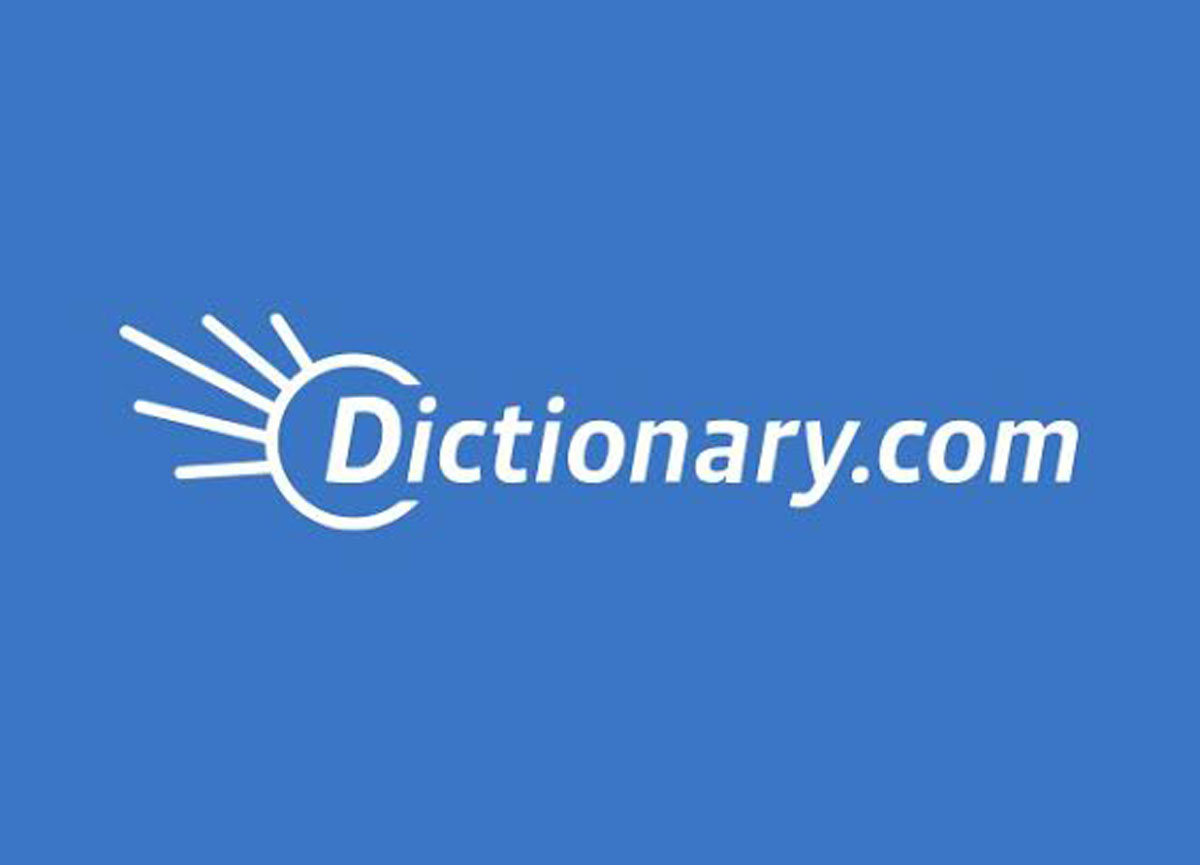 In addition to 650 new entries, the latest Dictionary.com update also implemented changes in around 15,000 entries – the biggest in its history.

New updated entries also involve terms that are affected by the changing world, literally and figuratively.

These include terms related to climate change and the human impact on a changing world, such as ecoanxiety, bombogenesis, conservation status, critically endangered and extinct in the wild.

Dictonary.com also distinguished different terms referring to animals people depend on, which it said people often refer to interchangeably despite having different meanings.

“Domesticated animals enrich our lives and contribute to our general happiness, but the specific physical, emotional, and cognitive benefits they can provide – as well as the training, legal status, and scope of work they have therein – varies,” it noted.

According to Dictionary.com, two things must happen before a word gets into the dictionary.

First, it has to be in widespread use among a group of people, meaning a lot of people are using the word and agree upon what it means, whether it’s spoken or in writing.

Second, the word has to have staying power, meaning it is not one-off and that it is likely going to be in continuous use for a long time.

In April, the dictionary added or updated terms related to the coronavirus pandemic.

“Change is constant, a principle that’s true in language as in life. No matter what is happening in the world, we’re committed to documenting and describing – and helping you stay informed on and, yes, sometimes entertained by – the English language as it evolves,” the dictionary said in its latest update.