Defense Secretary Delfin Lorenzana believes that Metro Manila is ready for a downgrade even as the impact of modified enhanced community quarantine can only be ascertained after three weeks. 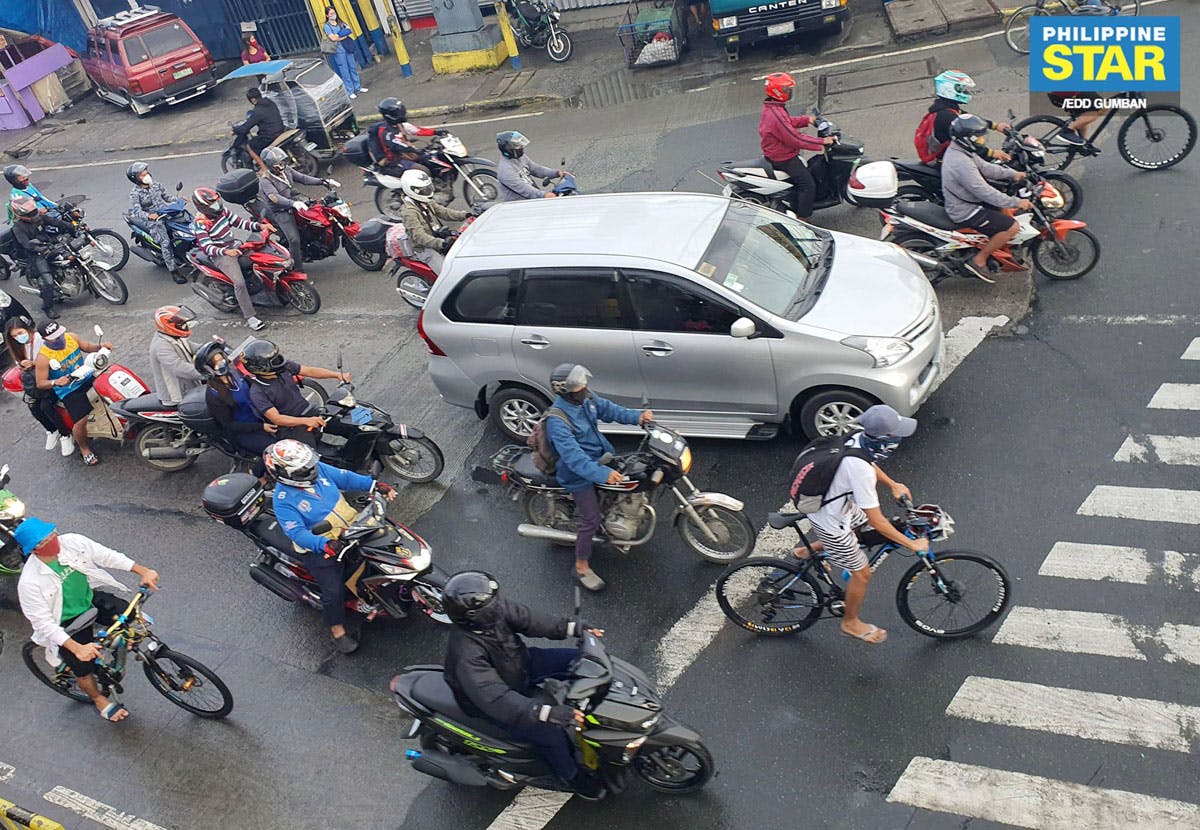 Motorists along Talaba crossing in Bacoor City are caught in traffic during the seventh day of the modified enhanced community quarantine on Aug. 10, 2020. Photo by Edd Gumban, The Philippine STAR

For Defense Secretary Delfin Lorenzana, Metro Manila is ready to shift to GCQ after the two-week return to stricter quarantine regulations ends on Aug. 18.

“I think we are ready to go down. We cannot continue with the MECQ, especially now that we already know where the areas with infection are),” he said in a television interview on Monday, Aug. 10.

Lorenzana, who chairs the National Task Force Against COVID-19, noted a downward trend in the number of new cases in the country.

From as high as 6,000 in one day last week, the defense chief said there were only around 3,000 new cases on Sunday, days after the MECQ was declared in Metro Manila, Bulacan, Cavite, Laguna and Rizal.

But just hours after Lorenzana cited a decreasing trend, the Department of Health (DOH) once again reported another record high in the number of new coronavirus disease (COVID-19) cases in the country.

In its Aug. 10 case bulletin that was released late due to an “unexpected system error,” the health department confirmed 6,958 new cases, pushing the total to 136,638.

The DOH reported 633 new recoveries and 24 deaths, as well as removing 233 cases from the total case count following data validation.

Contrary to Lorenzana’s claim that the downward trend in new cases last week was due to the MECQ, DOH Undersecretary Maria Rosario Vergeire said it will take three weeks to see the impact of the stricter quarantine measures on virus transmission.

Vergeire said they could not yet ascertain if Metro Manila could shift to GCQ after Aug. 18.

“It may take us three weeks before we can see the effects of this lockdown that we have now. We still have to look if our recalibrated strategies (will work),” she said in a press briefing.

Vergeire said the DOH assessment would be based on other indicators apart from the number of COVID-19 cases. She said the incubation period for the coronavirus, which is 14 days, must also be considered. 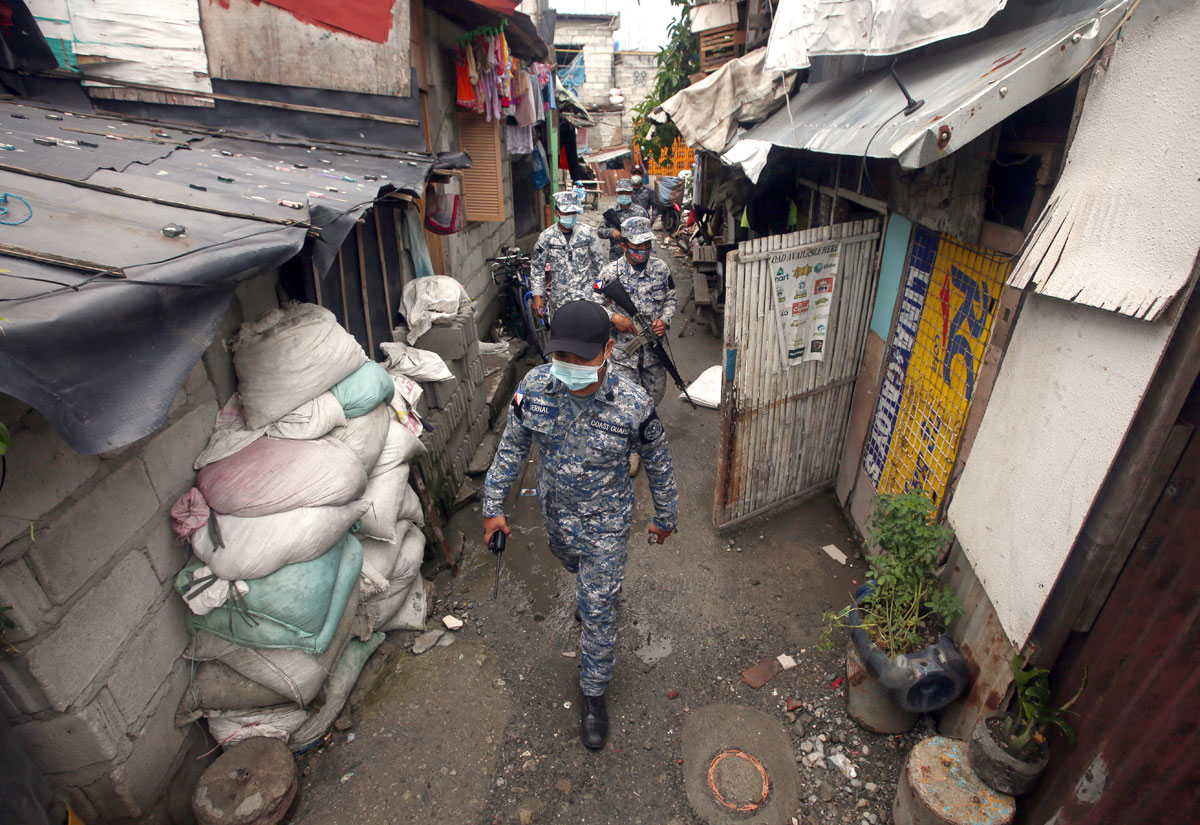 Agreeing with Finance Secretary Carlos Dominguez III, Lorenzana said Metro Manila could not afford to prolong the MECQ as he stressed the need to reopen the economy and allow people to return to work.

“We cannot just go on lockdown after lockdown as it might result in more people starving to death than dying from COVID because they cannot work,” Lorenzana said in Filipino.

The defense chief said the MECQ allowed the government to identify areas of concern, which would be the focus once the quarantine status is reverted to GCQ.

He said the government is in the second phase of the plan to combat COVID-19, which involves identifying specific areas like barangays or streets that might have to be placed on localized lockdown.

“Those that are not affected, they can already go out and do their jobs. That is our plan now,” he said.

“That means there is something wrong (with the way) the quarantine is being implemented, so we might have to extend the MECQ. But I am optimistic that it will continue to decrease as we near Aug.18, so we can go to GCQ by (Aug.) 19,” he said.

As it awaits the impact of the MECQ, Malacañang said extending the stricter quarantine in Metro Manila and nearby areas required a “delicate balancing” of health and the economy.

“The incubation period for COVID-19, according to health experts, is 14 days, so we just have to wait for that time to ascertain the health impact of the MECQ classification,” presidential spokesman Harry Roque said in a statement.

“On the suggestion to make the MECQ effective for one month, this is a decision that has to be made by the Inter-Agency Task Force on Emerging Infectious Diseases.  It entails a delicate balancing of protecting and saving people’s health to protecting and saving the economic health of the nation,” he added.

Last week, experts from the University of the Philippines warned that the total number of cases in the country could reach 220,000 by the end of the month if quarantine measures in Metro Manila and nearby areas were not tightened.

They said the number of infections would be fewer by as much as 70,000 if MECQ would be implemented by at least a month.
Some Cabinet officials, however, argued against a prolonged MECQ because of its impact on the economy.

The Philippines is already in recession for the first time in 29 years as lockdown measures have forced many businesses to close shop.

The economy plunged by a record 16.5 percent in the second quarter, deeper than the 0.7 percent decline in the first three months.

Officials, however, are optimistic that the proposed stimulus package will enable the worst hit sectors to recover. 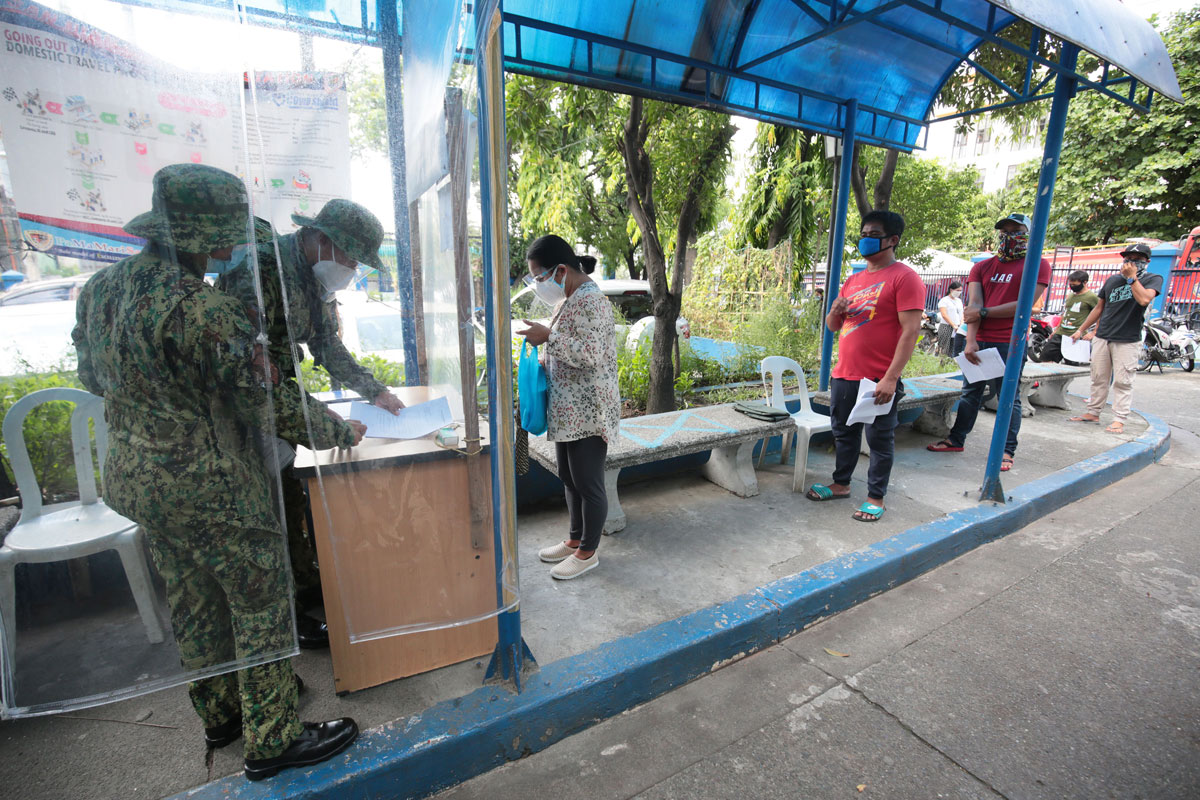 Meanwhile, the DOH warned testing laboratories that they could lose their licenses if they failed to submit daily and on time the linelists of the tests they have conducted.

“We are still challenged with the daily reports that we are getting. Until now, only 70-plus laboratories are complying with submission. Their reports are important because it is where we get the (data on) positive individuals,” Vergeire said.

But the latest DOH report showed that the new cases were only from tests conducted by 74 laboratories.

Vergeire said they would issue a memorandum to remind laboratories that daily and timely submission of information is part of their licensing requirements.

Aside from this, she said the testing facilities are also required to report to the DOH, as provided under the law on notifiable diseases.

“It is the obligation of reporting units, especially since this is an emergency. COVID-19 is a notifiable disease,” Vergeire said. “If they fail to submit (reports), there will be sanctions as indicated in different laws.”

In a related development, the DOH official said it earmarked an initial P2.4 billion for the procurement of vaccines against COVID-19 in its proposed budget for 2021.

Vergeire said the amount would likely increase as the prices of the vaccines are not yet known.