Why The Philippines Voted Against The Rohingya Crisis Resolution

The Philippines, the only Southeast Asian nation in the United Nations Human Rights Council, has historically voted against or expressed reservations on UN resolutions concerning human rights abuses in Myanmar. 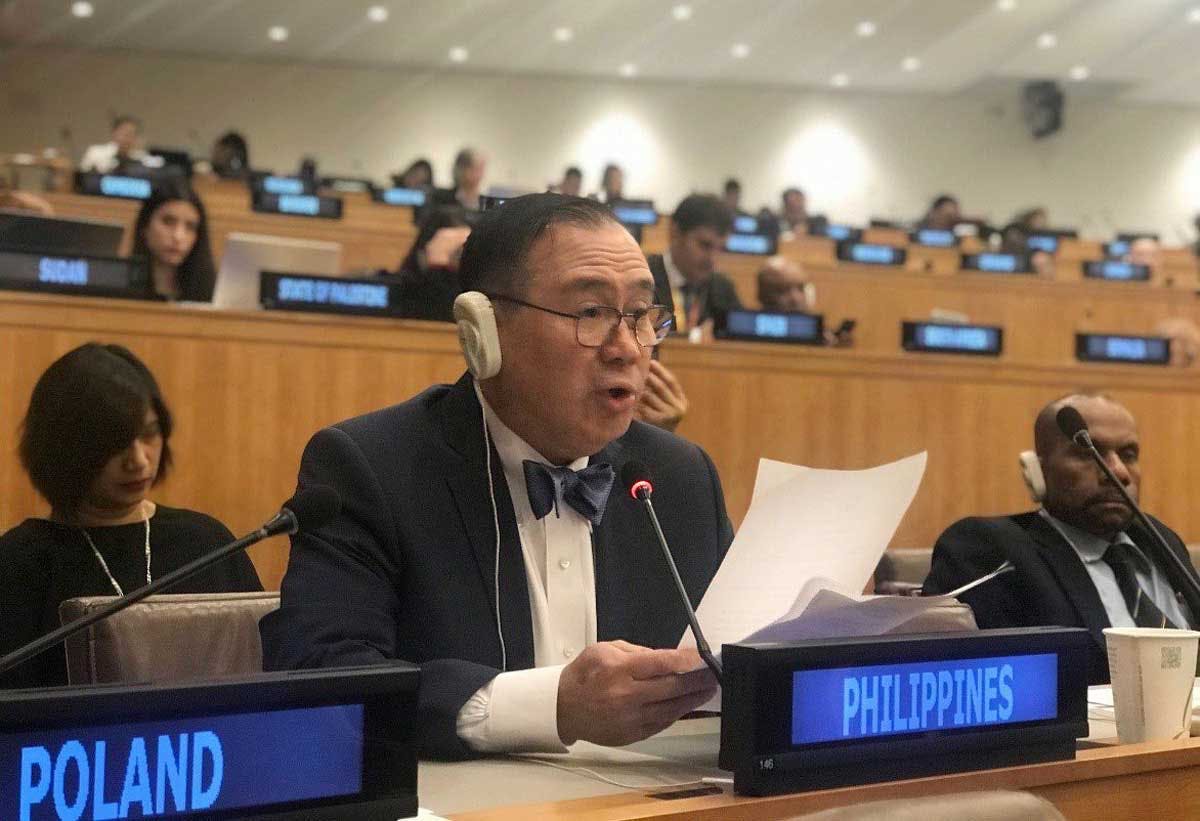 Foreign Affairs Secretary Teodoro Locsin Jr. at the 29th Meeting of States Parties to the UN Convention on the Law of the Sea on June 18, 2019. Photo from the Department of Foreign Affairs Twitter Account

Last week, the Philippines drew criticism for voting against a United Nations Human Rights Council Resolution (UNHRC) on the situation of Rohingya Muslims in Myanmar.

The resolution, which called for an end to human rights violations in the Southeast Asian nation, was overwhelmingly passed by the 47-member human rights body, with only the Philippines and China voting against it.

Cuba, which traditionally votes with China and the Philippines against resolutions on the situation in Myanmar, did not participate.

Asked on Twitter to explain the vote, Foreign Affairs Secretary Teodoro Locsin Jr. offered a simple answer: the ASEAN or the Association of Southeast Asian Nations, the 10-member regional bloc to which the Philippines and Myanmar belong.

“Will take it up with ASEAN including ‘abstention’ as an option in the future,” he wrote.

When he was the Philippine ambassador to the United Nations in New York, Locsin had explained the complexity of voting on Myanmar resolutions for fellow ASEAN members.

“The proper vote given our position is abstention because we must do our best to accommodate both our Muslim ASEAN brothers and our Burmese brothers,” he said after the Philippines voted against a draft resolution in the UN in 2017.

“(We) should have abstained in deference to the Muslim and non-Muslim member states of ASEAN. Like Singapore did,” he added.

At the time, Singapore and Thailand were the only two countries that abstained from the vote.

Joining Myanmar in the no vote were the Philippines, Cambodia, Laos and Vietnam.

Malaysia, Brunei and Indonesia – which are all Muslim-majority countries – voted in favor of the draft resolution. 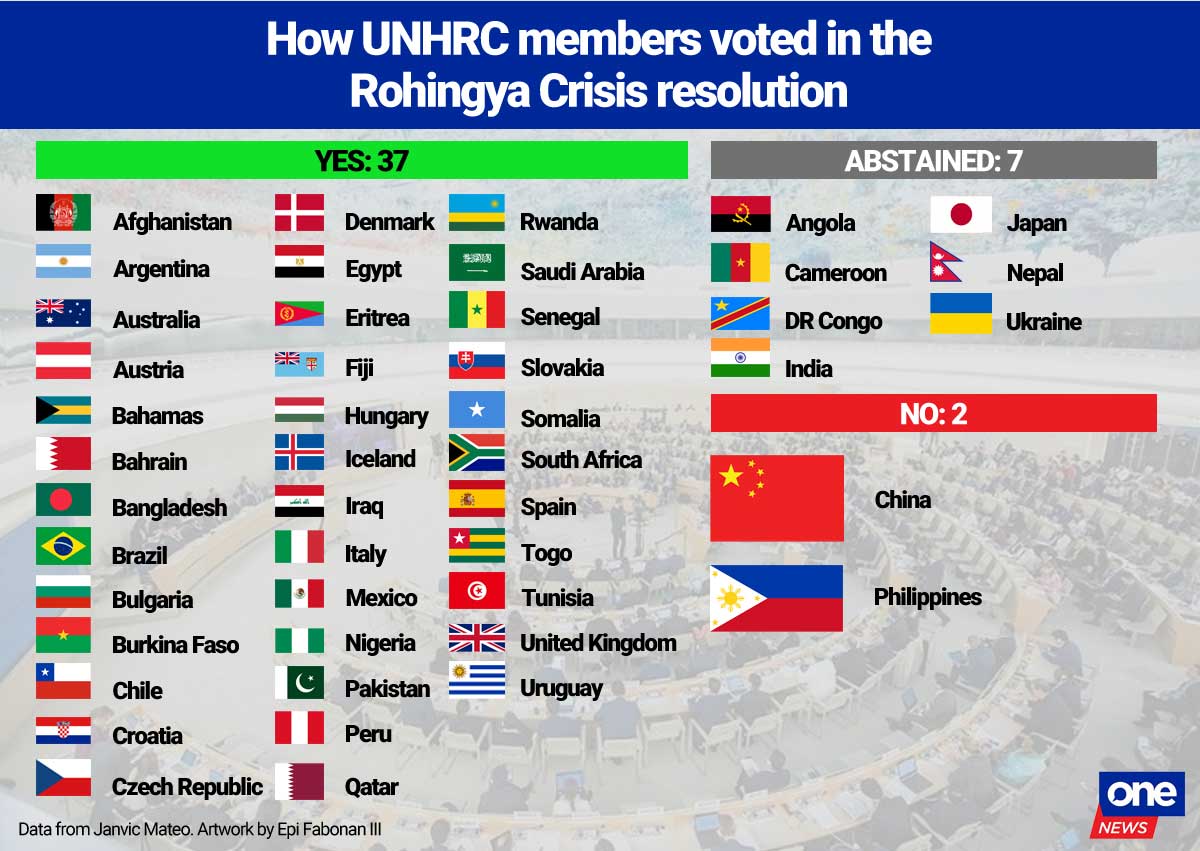 Locsin at the time said he would push for the Philippines to abstain in the plenary vote, adding that a “yes” vote would be divisive and would kill ASEAN.

Nevertheless, the country ended up voting against the UN resolution, with then foreign affairs secretary Alan Peter Cayetano explaining that the Philippines at the time held the rotating ASEAN chair and “we want to resolve things within the ASEAN setup.”

Locsin was appointed as foreign affairs chief last year after Cayetano resigned to run for Congress.

Yet, despite his appointment, the country continued to vote against – and not abstain on –resolutions on human rights violations in Myanmar.

Last March, the Philippines, along with China and Cuba, voted against a similar resolution at the UNHRC.

The Philippines, the only Southeast Asian nation in the body, has historically voted against or expressed reservations on UN resolutions concerning human rights abuses in Myanmar.

Twice in 2018, the Philippines voted against resolutions on Myanmar that were adopted by the UNHRC.

The year before that, the Philippines also told the human rights body that it would not support the creation of a fact-finding mission to look into human rights abuses in Myanmar.

“Philippines, in a general comment, supported Myanmar’s democratization efforts. There were complex issues in Rakhine state, and Philippines supported the provision of assistance to Myanmar,” noted the UNHRC after its 34th regular session in March 2017.

“It was with that in mind that Philippines would not break consensus on the resolution as a whole, yet did not support the establishment of an international fact-finding mission,” it added. 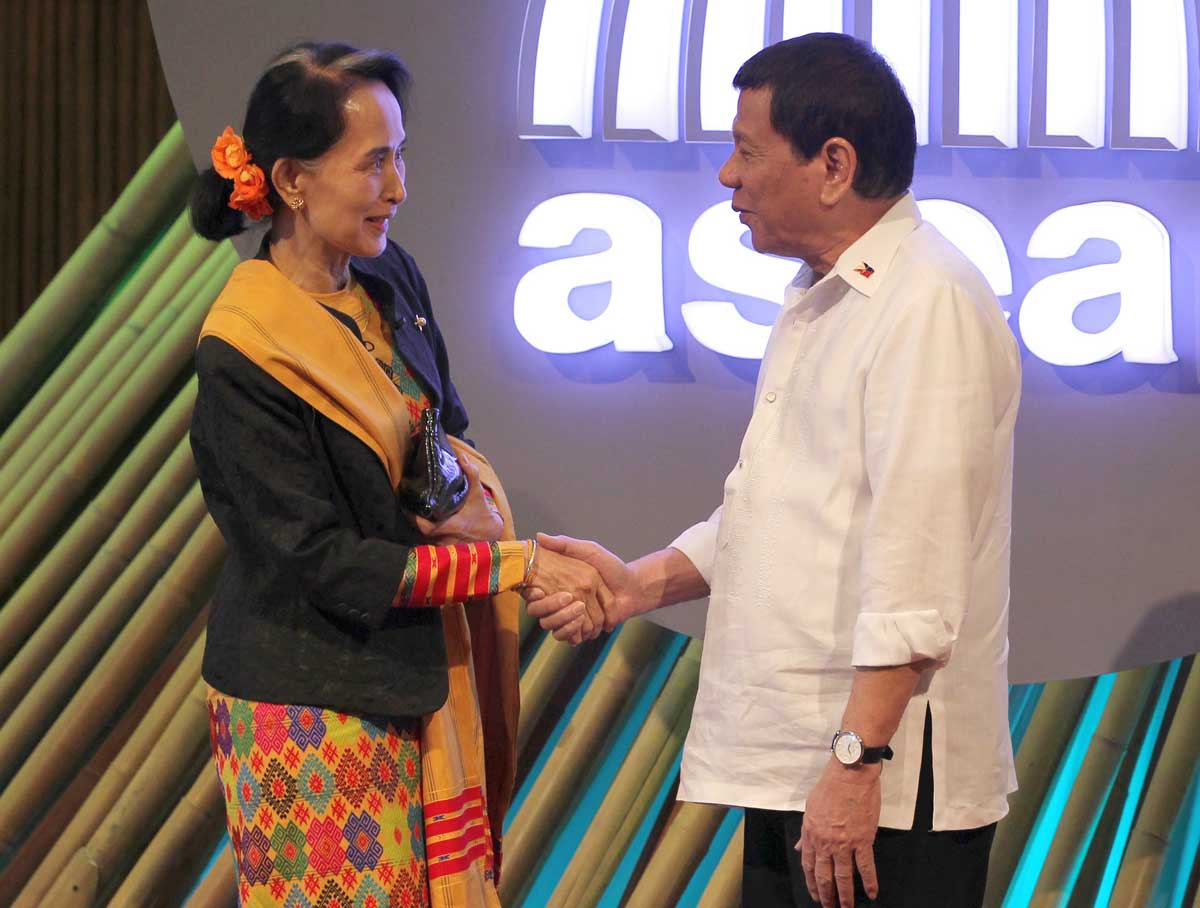 Founded in 1967 by Indonesia, Malaysia, the Philippines, Singapore and Thailand, the ASEAN was established to bring about cooperation in the economic, social, cultural, technical, educational and other fields.

It also aims to promote regional peace and stability through abiding respect for justice and the rule of law and adherence to the principles of the United Nations Charter.

A key feature of the regional group is the so-called ASEAN way, in which consensus from all members is necessary before a resolution or communiqué is passed.

The consensus-based decision making process has resulted in deadlocks in the past, for instance in 2012 when the bloc failed to issue a joint communiqué for the first time over issues concerning the territorial dispute in the South China Sea.

A deadlock also occurred in 2016 following the arbitration ruling that favored the Philippine position in the territorial dispute with China.

The situation in Myanmar has also created divisions within ASEAN.

In 2017, Malaysia dissociated itself from the statement issued by the Philippines in behalf of the regional bloc over the situation in Myanmar, saying it was a “misrepresentation of the reality of the situation” that was not based on consensus. 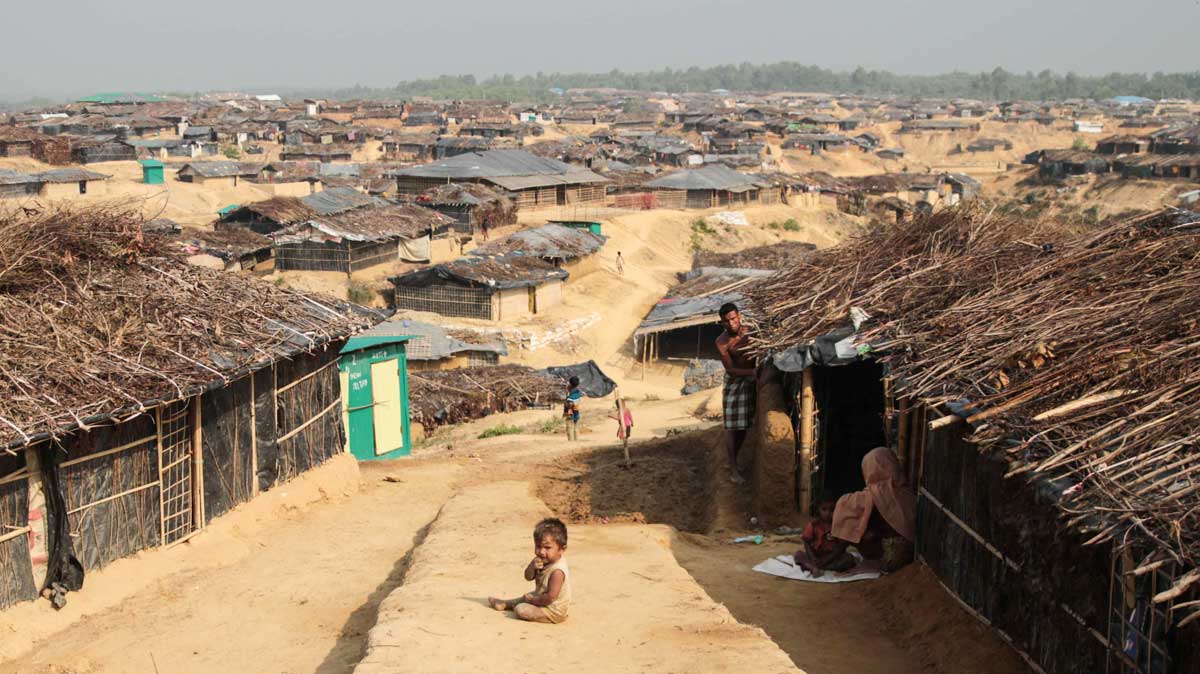 The crisis in Myanmar has escalated in recent years following allegations of human rights violations committed by government forces against Rohingya Muslims and other minorities in the Rakhine State in the western part of the country.

Hundreds of thousands of persecuted Rohingya have since fled from the country, with the situation resulting in criticisms against Nobel laureate and de facto Myanmar leader Aung San Suu Kyi.

President Duterte at one point described the situation as genocide, although he later backtracked and apologized to Suu Kyi.

Aside from the 2017 statement, the ASEAN has also tackled the matter in its recent meetings, although human rights groups have called for more action from the regional bloc.

Last year, seasoned Philippine diplomat Rosario Manalo was appointed by the Myanmar government to head a commission to probe allegations of human rights abuses in the Rakhine State.

In its most recent resolution, the UNHRC noted the creation of the commission and stressed the importance of ensuring its independence, transparency, objectivity and credibility.

The UNHRC also encouraged the commission to cooperate with all relevant UN mandate holders in fulfilling its responsibilities.

The UNHRC resolution also reiterated the urgent need to ensure that all those responsible for crimes relating to violations and abuses of international law are held to account through credible and independent national, regional or international criminal justice mechanisms.

It called upon Myanmar to end immediately all violence and all violations of international law in the country, and to ensure protection of the rights of all persons, including of Rohingya Muslims and persons belonging to other minorities.

The human rights body also called on Myanmar “to cooperate fully with and to grant full, unrestricted and unmonitored access to all United Nations mandate holders and human rights mechanisms, including the Special Rapporteur, the ongoing independent mechanism established by the Human Rights Council.”