‘Sara Being Pressured To Run For President, But Not All Administration Allies Behind Her’

“Just being honest, there are people in the Duterte administration who do not want her,” lawyer Bruce Rivera said, adding the “friend of the father” does not mean “friend of the daughter.” 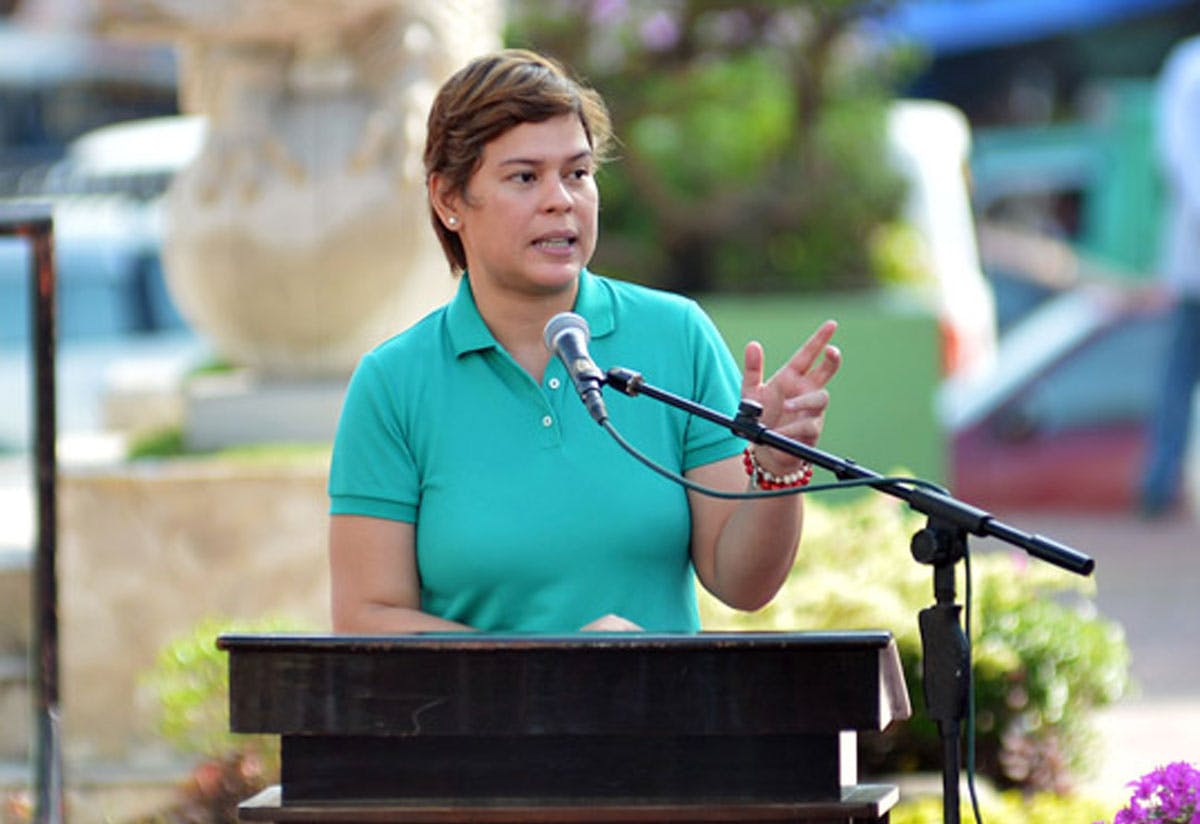 Presidential daughter and Davao City Mayor Sara Duterte-Carpio still has not decided whether to run in 2022 to be her father’s successor. And if she runs, she is not assured that the administration allies would be solidly behind her.

This was revealed by Carpio’s lawyer-friend Bruce Rivera in an interview with “Wag Po” on One PH  on Monday, May 17.

“Tinatanong ko pero sinasabi niya palagi, ‘hindi ito madaling desisyon, hindi nila alam kung gaano kabigat itong trabaho.’ At sabi niya ang bata pa ng mga anak niya. Takot siya (I would always ask her but she always says, ‘this is not an easy decision, they do not know how heavy the job is.’ And she said her kids are still young. She is scared),” Rivera said.

According to Rivera, said many people are pressuring the President Duterte’s daughter to seek the country’s highest position, especially when administration allies like Sen. Manny Pacquiao would manifest intention to run in 2022.

“Sabi niya, mahirap ‘yan. Hindi ‘yan pwede basta basta na i-decide mo. In a way, hindi ko alam kung nagpapapilit. Pero ako knowing her diretso lang siya magsabi kung ayaw niya (She said, that’s hard. It should not be decided easily. In a way, I don’t know if she is just playing hard to get. But for me, knowing her, she is straightforward if she does not want something),” he noted.

Rivera also bared that some people in the Duterte administration are not in favor of the Davao mayor.

“Just being honest, there are people in the Duterte administration who do not want her,” Rivera said, adding the “friend of the father” does not mean “friend of the daughter.”

“Both of them do not work that way,” he pointed out, referring to the President and his daughter.

Rivera also stressed that the President’s decisions may not be same as Carpio’s as they are different persons in so many ways.

Presidential spokesman Harry Roque bared earlier that the administration is looking at Manila Mayor Isko Moreno, Pacquiao and former senator Ferdinand “Bongbong” Marcos Jr. as potential candidates for president if Duterte’s daughter or his longtime aide and now Sen. Christopher Lawrence “Bong” Go will not run for the position.

Roque said the candidate to be endorsed by the President would have an advantage because the Chief Executive continues to enjoy high ratings.

Carpio has been leading presidential surveys but has also repeatedly told supporters that she has not made any plans for 2022.

Her father had said the presidency is not for women and that it would be pitiful for his daughter to be in the situation he got into when he became Chief Executive. Rivera noted the President was not really egging his daughter to run and be his successor.

When asked about the President's critics who would want to see him jailed after his term, Rivera admitted that "it's really a problem."

Asked if Carpio could say no to her father, Rivera answered "all the time." He disclosed that many also asked Carpio  to run for senator in the 2019 elections, but she declined.

The 1Sambayan coalition – formed by former government officials and justices –is seeking to have a unified opposition slate to defeat the administration candidates, particularly the anointed successor of the President.

But one of its convenors, former education secretary Bro. Armin Luistro,  said many of the possible candidates are hesitant to run because they are not sure if they could win or muster enough support and finances for the 2022 polls.