The Philippine Overseas Employment Administration rules prohibit the recruitment, hiring, transport or adoption of a “child” for deployment abroad as a migrant worker. In the case of domestic workers, a child means a person below 24 years old. 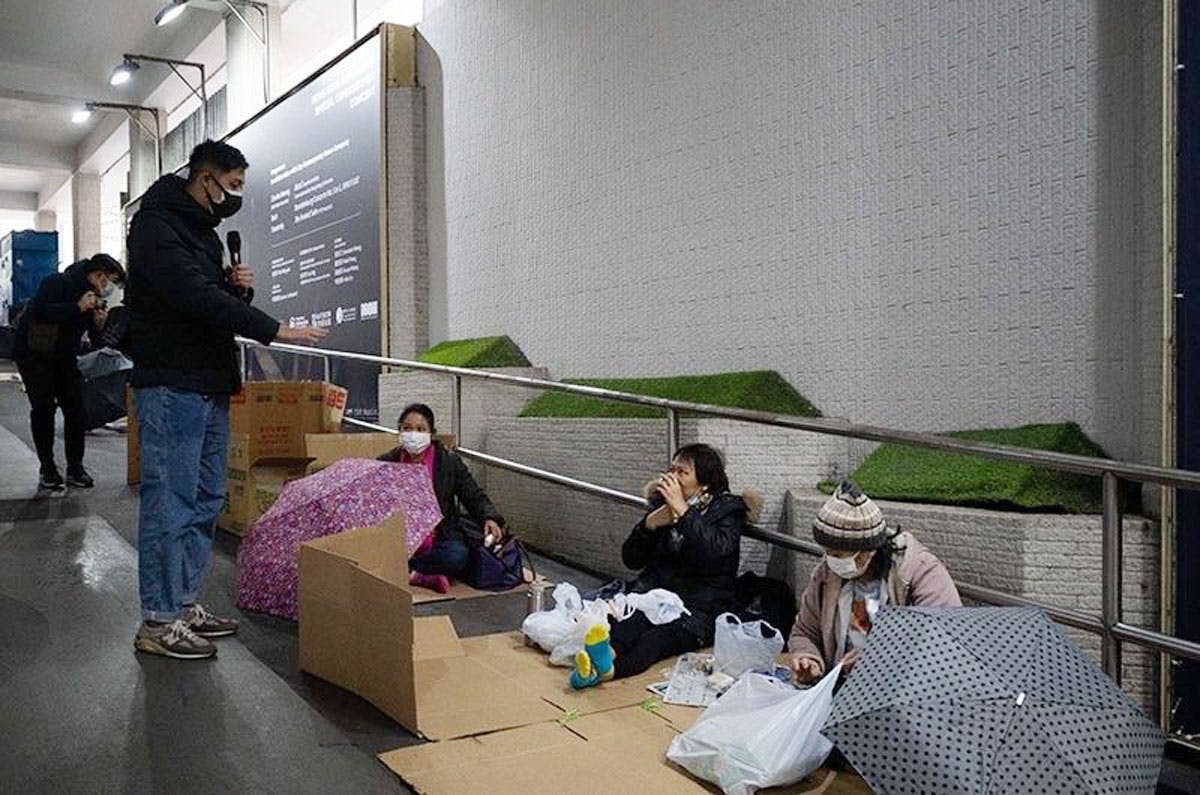 A police officer requests foreign domestic helpers on their Sunday rest day to leave during an operation against people who fail to comply with social distancing measures in Hong Kong’s Mong Kok area on Feb. 20, 2022, amid the city's worst-ever COVID-19 outbreak. Photo by AFP

The POEA rules prohibit the recruitment, hiring, transport or adoption of a “child” for deployment abroad as a migrant worker.

“In the case of domestic workers, a child means a person below 24 years old,” Olalia noted.

The local recruitment industry, however, expressed dismay over the new POEA regulation that sets the age for HSW deployment a year older than previously sanctioned.

Recruitment consultant Manny Geslani said the new regulation would prevent hundreds of HSWs from leaving the country and lead to further decline in overseas deployment.

He said the new regulation caught many recruitment agencies off guard.

“Agency owners are complaining that many HSWs have verified contracts signed by the POLOs (Philippine Overseas Labor Offices), have gone through further scrutiny, passed their medical exams, issued the visas and their plane tickets have been paid and already booked for their departure this month,” Geslani said.

The new age requirement, he said, will delay the departure of many HSWs and could even lead to cancellation of visas.

Geslani pointed out the new requirement was approved without prior consultation with stakeholders.

Recruitment officials said the POEA should have at least provided a grace period of at least 45 days for the implementation of the new regulation.

They called on Migrant Workers Secretary Susan Ople to review the new policy.

Earlier, Labor Secretary Bienvenido Laguesma reported that the Departments of Labor and Employment and of Migrant Workers will be working together to minimize the deployment of vulnerable workers, particularly HSWs who are prone to abuse.