“I vow to push for reforms in the DepEd so that we can develop Filipino youths who will persevere to reach their full potential as individuals,” presumptive vice president Sara Duterte-Caprio said. 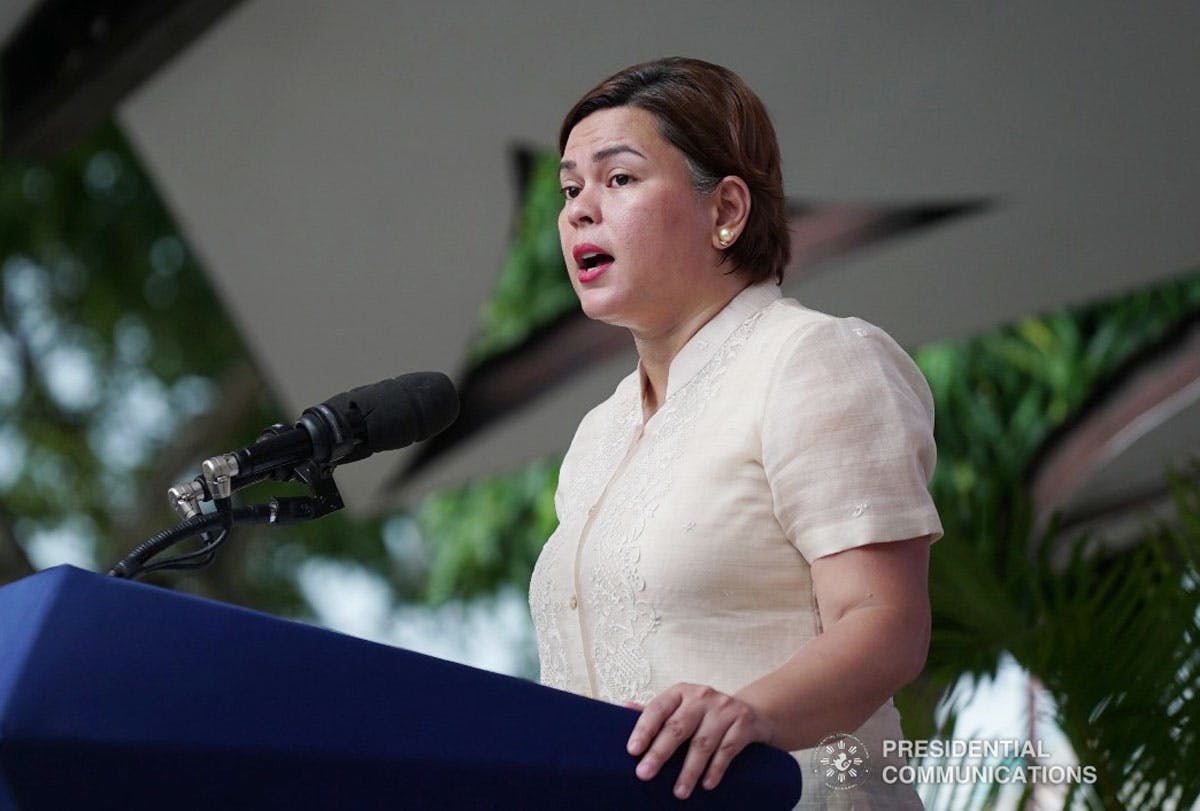 File photo shows Davao City Mayor Sara Duterte-Carpioduring the commemoration of the 122nd anniversary of the martyrdom of Dr. Jose P. Rizal held at the Rizal Park in Davao City on Dec. 30, 2018.

Presumptive vice president Sara Duterte-Carpio vowed to push for reforms in the education sector, stating that government needs to develop a new generation of “disciplined and patriotic” youth.

“As the next secretary of the Department of Education, I will ensure that our government is responsive to the call of the times. I vow to push for reforms in the DepEd so that we can develop Filipino youths who will persevere to reach their full potential as individuals,” Duterte-Carpio said in Filipino during her virtual thanksgiving event for supporters on Friday, May 13.

Presumptive president Ferdinand “Bongbong” Marcos Jr. on Wednesday night, May 11, announced that he is choosing Duterte-Carpio to be the next secretary of the Department of Education (DepEd), a position that the latter accepted despite her earlier intent to be the next defense secretary.

“What we need right now is a new generation [of youths], who are disciplined and have love for the country, Filipino youths who will help the government in forging and fortifying peace and progress in our country,” Duterte-Carpio said.

Duterte-Carpio clarified that her proposal, which she intends to present to Congress, would be different from the voluntary collegiate program, Reserve Officers’ Training Corps (ROTC), wherein students take just a few units of basic military training.

Duterte-Carpio’s proposal was met with strong opposition by several youth groups and educators, including the Kabataan Partylist and the Save Our Schools (SOS) Network.

But for Commission on Higher Education (CHEd) Chairman Prospero De Vera, the reinstatement of ROTC will be beneficial for the country, especially in times of disasters.

“Basically, the training of students is necessary. My position is that it should not just be military training but to develop a corps of individuals who can assist government during disasters,” he said, adding that disasters tend to strain the resources of the government as the country relies on the military during calamities.

The CHED chief noted that there is a need to create volunteer corps during times of disasters, especially since the Philippines is one of the most disaster prone countries in the world.

Still, De Vera said that he would wait for legislative action from Congress as current versions of the bill are looking to mandate ROTC at the Senior High School Level.

In a press statement, Duterte-Carpio’s spokesperson, Liloan Mayor Christina Frasco clarified that there were no discussions yet between the presumptive vice president and the current DepEd leadership on making military service or ROTC mandatory.

The ROTC became an optional collegiate program in 2002, following the death of University of Santo Tomas student Mark Chua on March 18, 2001. Chua was allegedly killed by ROTC officers after he exposed the corruption and abuses in the university’s ROTC program. – with Romina Cabrera