The Department of the Interior and Local Government admits that it is supporting the proposal of municipal mayors to give them a five-year term without limit on the number of times they can seek reelection. 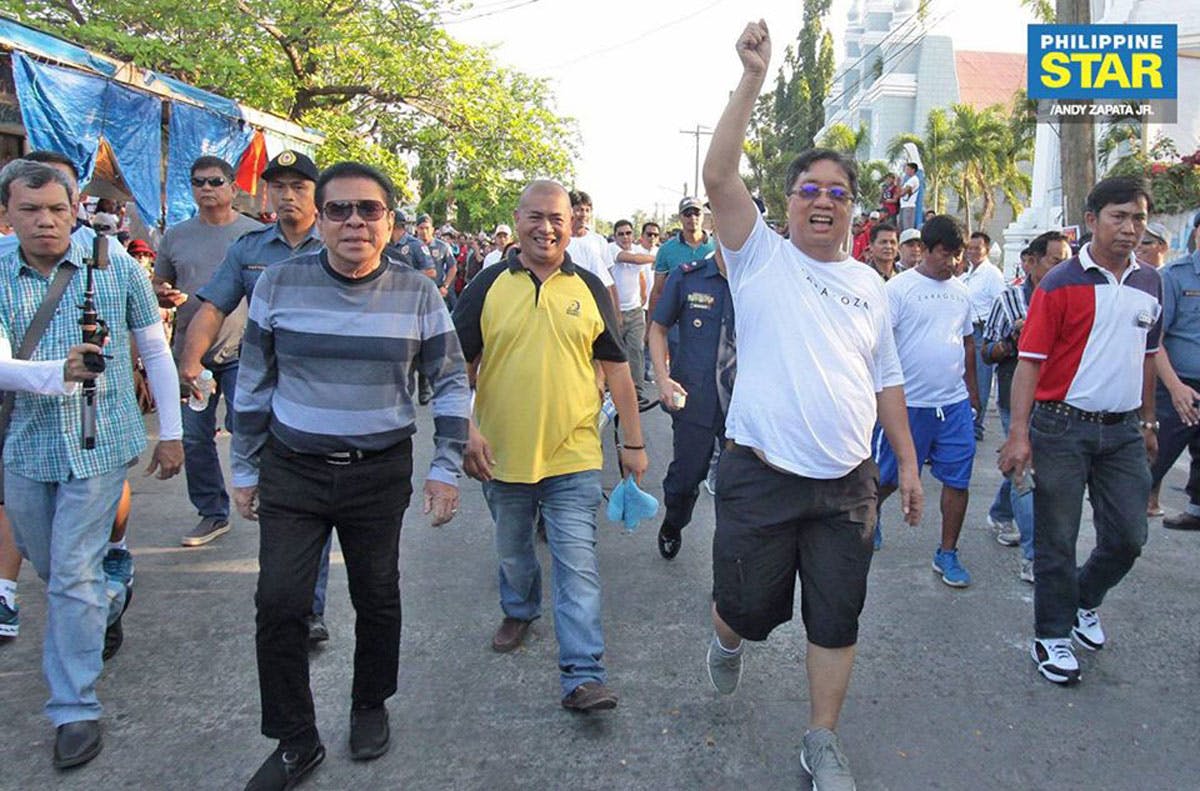 Luis ‘Chavit’ Singson and Edgardo Zaragoza (second and fourth from left), at the time councilor and mayor, respectively, of Narvacan, Ilocos Sur, join a peace walk on March 25, 2019 to debunk rumors regarding their health ahead of the May 2019 elections. Singson beat Zaragoza in the mayoral race.

Extending President Duterte’s term is not included in the latest proposals to amend the Constitution, the Department of the Interior and Local Government (DILG) said on Tuesday, July 21.

DILG Undersecretary and spokesman Jonathan Malaya, in an interview with “The Chiefs” on One News/TV 5, maintained that extending the President’s term is not part of the “surgical amendments” that the department is pushing.

“It’s not in our agenda. We have not submitted any proposal to that effect to Congress,” he said.

Under the current system, Duterte is limited to a single six-year term and must step down in 2022.

Initially, the DILG said the administration’s Constitutional Reform (CORE) campaign, which gained support from the 1,488-strong League of Municipalities of the Philippines (LMP), was only seeking changes in the Constitution’s economic provisions that would open the country to more foreign investors.

The LMP said it also wanted more power and economic development in the regions.

“These are small amendments to the Constitution, which we feel will make our country stronger,” Malaya pointed out.

On Tuesday, however, Mayor Luis “Chavit” Singson of Narvacan, Ilocos Sur, who is president of the LMP, said in an interview over dzBB that the mayors are pushing for a longer tenure of five years for local chief executives, from the current three years.

Singson repeated this in an interview with The Philippine STAR on Wednesday, July 22.

He said holding elections every three years is not only expensive but also the cause of bitter infighting among politicians.

While this is not included in the DILG agenda, Malaya said the department supports the mayors’ proposal to extend the term of local chief executives as it will give them more space to govern properly.

Based on their observation, Malaya noted that a mayor usually spends the first year of his term learning the job. After the learning curve, local chief executives can fully serve their constituents only in the second year, he noted, since in the last year of their term, they become preoccupied with reelection.

Under this election cycle, Malaya says local chief executives are reluctant to implement beneficial but unpopular decisions for fear of getting booted out of office.

“If we are asked by Congress, we will support increasing the terms of public officials,” he said.

Singson is also pushing for the lifting of term limits for local chief executives, saying it is bad for the country especially if a local official is performing well in his jurisdiction.

Commenting on this proposal, Malaya said: “It should not apply to those who are sitting now.”

Currently, local chief executives can only stay in office for three consecutive three-year terms or a total of nine years. 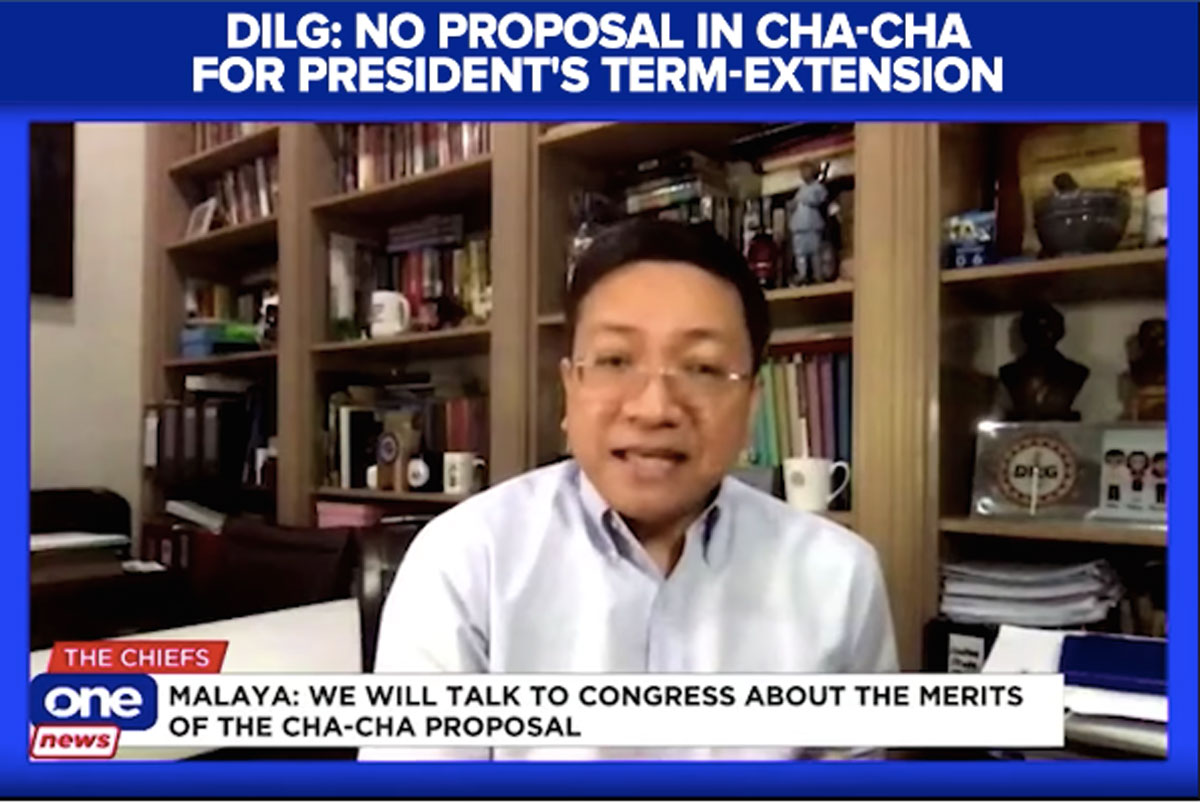 Singson claimed “everybody” in the LMP agreed  that “elections done every three years is very expensive and divisive.”

“Elections every three years is too much to bear for the country’s budget and psychology… Lagi na lang namumulitika ang mga mayors ’pag palagian ang election,” he argued.

He adds:  “Why punish the good mayors if they are excelling in their jobs as public servants? We should not have a term limit for excellent local officials performing their jobs.”

He argues that Filipino voters have become well informed so elections allow abusive or incompetent officials to be kicked out.

“Even if you have money, people will not vote for you if they dislike you and dislike how you served them,” he said in Ilocano.

Singson points out that even with term limits in place, “we have not prevented the same family members” from controlling power in their turfs for a long time.

“Let the people decide (who they want as their leaders),” he said. “Why prevent excellent leaders from leading local government units?”

Singson has been in Ilocos Sur politics since martial law, serving multiple terms as governor, second district congressman and now town mayor. His family members have also been elected to various government posts. He says term limits are useless, like the proposal to ban or limit political dynasties.

The LMP, Singson confirmed, has forwarded its position on these issues to the DILG and Congress for consideration.

Singson said the municipal mayors also support the shift to federalism as the key to improving the country’s economy.

Singson insisted that the shift to federalism “will not even benefit” Duterte, “so why vent opposition on him?”

“Actually, if we shift now to a federal system, lugi siya,” Singson said, explaining that the President would lose some of his powers under federalism.

“When we shift to federal,” Singson said, “government powers are democratized.”

He noted that even the Senate, where relatives have served together during the same Congress, would have regional representation under a federal system, diffusing the influence of political clans.

“If we regionalize the Senate, all regions in the country are aptly represented,” Singson argued. “We dream of industrialization of every province in the country with a federal system.”

Amending the Constitution, not rewriting it, Singson clarified, “is good for the future generation.”

“We will be asked by the next generation why we did nothing to improve the lives of the future generation if we will not do it,” he maintained.

The LMP chief reiterated that lifting restrictions on foreign investments in the country “will complement the empowerment of regions, especially as this will create more employment opportunities in the provinces and towns all over the country.” 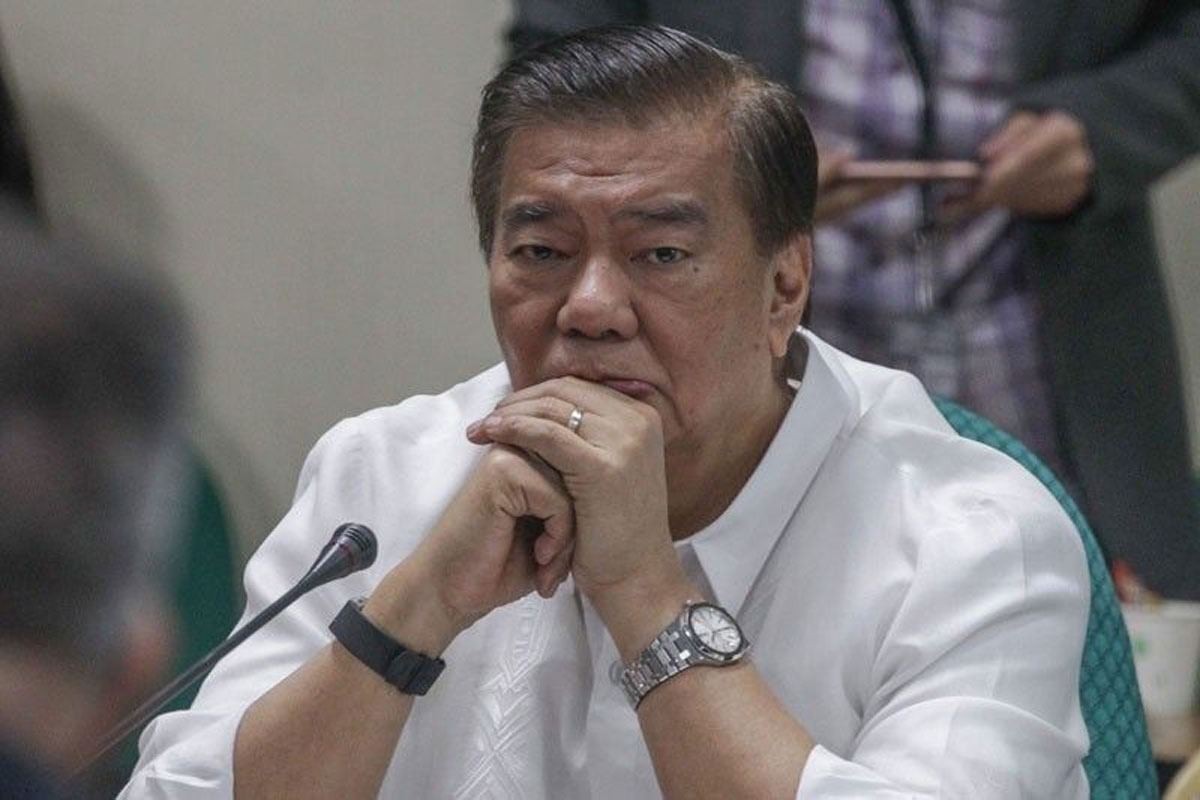 For Sen. Richard Gordon, the renewed campaign to amend the Constitution as the country grapples with the coronavirus disease 2019 (COVID-19) is “suspiciously like a grab for power.”

Gordon said on Wednesday that the revival of the Charter change (Cha-cha) campaign is “so suspicious” as he compared it to the raging controversy over the deaths of high-value convicts in the New Bilibid Prison.

“For me it’s so suspicious that they’re pushing for a federal government, having Charter change at this time,” Gordon told reporters via videoconference. “The people will distrust that as a grab for power, an extension of power like (dictator Ferdinand) Marcos.”

Gordon said Cha-cha must be discussed as an election issue, with proponents being open and transparent on the matter.

“There are five million Filipino families experiencing hunger for the past three months. Is Cha-cha the solution?” Drilon told ABS-CBN News Channel.

The senator earlier warned that the campaign to amend the Constitution was meant to scrap the 2022 elections and extend the term of sitting officials.

“The real intention is in the headlines. It says that the proposal is to increase to five years the term of local government officials and no term limit. Constitutional reform is always a divisive issue,” Drilon said.

He lamented the move of the lower chamber to begin its deliberations on Cha-cha upon the resumption of session next week.

“Regardless of the merit, the issue on Cha-cha is the timing. Should we debate on Cha-cha now, which is a very divisive issue, or should we concentrate all our efforts and resources on economic recovery?” Drilon said.

He said the mayors’ avowed push for Cha-cha to increase their internal revenue allotment (IRA) and boost investments could be a ruse to pursue the real agenda.

“The intention is for the 2022 elections not to happen or, if it pushes through, removing the term limits. That’s wrong. We cannot move the elections in 2022 or remove term limits. For me, that’s the purpose,” Drilon earlier said.

“On the lifting of foreign investment restrictions, I am not against that. In the Senate, I have led the Senate in passing the legislation, which would liberalize investment.  That is not the reason why we are not getting investment. In the recent past, none of those leaving China was coming to the Philippines. You have Indonesia, Vietnam attracting them. I am sure it is not because of restrictions on foreign ownership. Maybe some, but I am sure the majority of those locating in other countries would be looking at other factors,” Drilon noted.

He said investors look at stability of both policy and structure.

“As long as it is stable, the bottom line is what counts, what they look for is stability. They can operate in an environment better where there is stability rather than changes in policy from time to time,” Drilon noted.

Drilon said there has been an organized social media campaign to replace Sen. Francis Pangilinan as chairman of the Senate committee on constitutional amendments and revision of codes, but Senate President Vicente Sotto III said there is no such plan.

“As long as the majority in the Senate maintains confidence in Senator Pangilinan, there is no change.  Nothing is written in stone. We hold the minority committee chairs on the will of the majority,” Drilon emphasized.

Asked if there are similar Cha-cha moves in the Senate, Drilon said: “I do not see anything. I have not heard any move to reorganize. The Senate President said that is not a priority. (Presidential spokesman Harry) Roque said it is not a priority of the President. Let’s take it at that point.”