Phl To Ramp Up COVID-19 Testing Through Pooling; Metro Manila To Be Pilot Area

“So if we now have one million test kits, we can test 10 million in this pooled testing,” according to presidential spokesman Harry Roque. 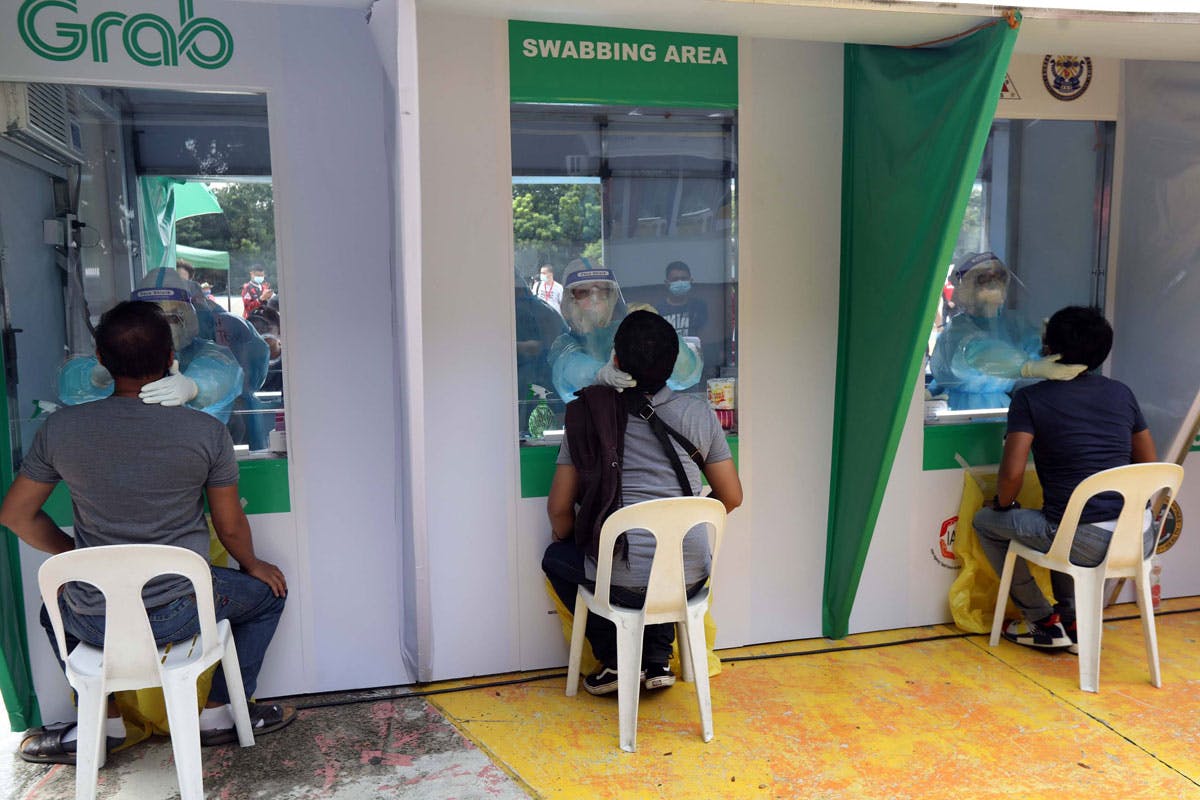 The Philippines will begin pooling to increase the number of people getting tested for coronavirus disease 2019 or COVID-19 amid continued criticisms that the government is not capable of mass testing.

The United States’ Centers for Disease Control and Prevention (CDC) defined pooling – sometimes referred to as pool testing, pooled testing or batch testing – as a means of “combining respiratory samples from several people and conducting one laboratory test on the combined pool of samples” to detect Severe Acute Respiratory Syndrome coronavirus 2. SARS-CoV-2 is the virus that causes COVID-19.

Presidential spokesman Harry Roque said on Thursday, July 30, that this is one of the initiatives that “we will start” as part of an invigorated response to curb COVID-19 transmission.

“Maybe you just did not understand it, but we now have new initiatives… that’s what we call… pooled testing,” Roque said.

Through this, Roque explained, “our testing capacity will multiply by 10.”

“So if we now have one million test kits, we can test 10 million in this pooled testing,” he said.

“So it’s not really completely an experiment. There is a term – ‘pilot’ or ‘modeling.’ So the word ‘experiment’ might not be right because we have not utilized pooled testing in the Philippines, although it has been used in Wuhan, South Korea, Vietnam… Germany… Israel,” Roque added.

Wuhan is the city in China where COVID-19 originated.

Roque cited pooling as one way to avoid going back to stricter measures, such as a modified enhanced community quarantine in Metro Manila, that Sen. Juan Edgardo Angara warned would result in the collapse of the economy.

The Inter-Agency Task Force (IATF) for the Management of Emerging Infectious Diseases has the same view, Roque said.

Testing czar Vince Dizon, also National Action Plan Against COVID-19 deputy chief implementer, and the Department of Health (DOH) earlier explained that under pooling, 10 to 20 samples of individuals could be tested in one go, thus saving on the cost of real-time reverse transcription polymerase chain reaction or RT-PCR swab test for SARS-CoV-2.

The CDC said pooling allows laboratories to test more samples with fewer testing materials, and it could be useful in scenarios like groups of workers returning to a workplace.

According to the CDC, pooling should be used only in areas or situations where the number of positive test results is expected to be low – for example in areas with a low prevalence of SARS-CoV-2 infections.

Dizon pointed out that this strategy would help the country achieve its target of 33,000 daily tests, possibly covering all of Metro Manila’s residents using the “gold standard” RT-PCR test, which detects the virus itself and not just antibodies in the rapid test.

Roque said even the 60,000 Grab drivers would be tested under the “invigorated” response. 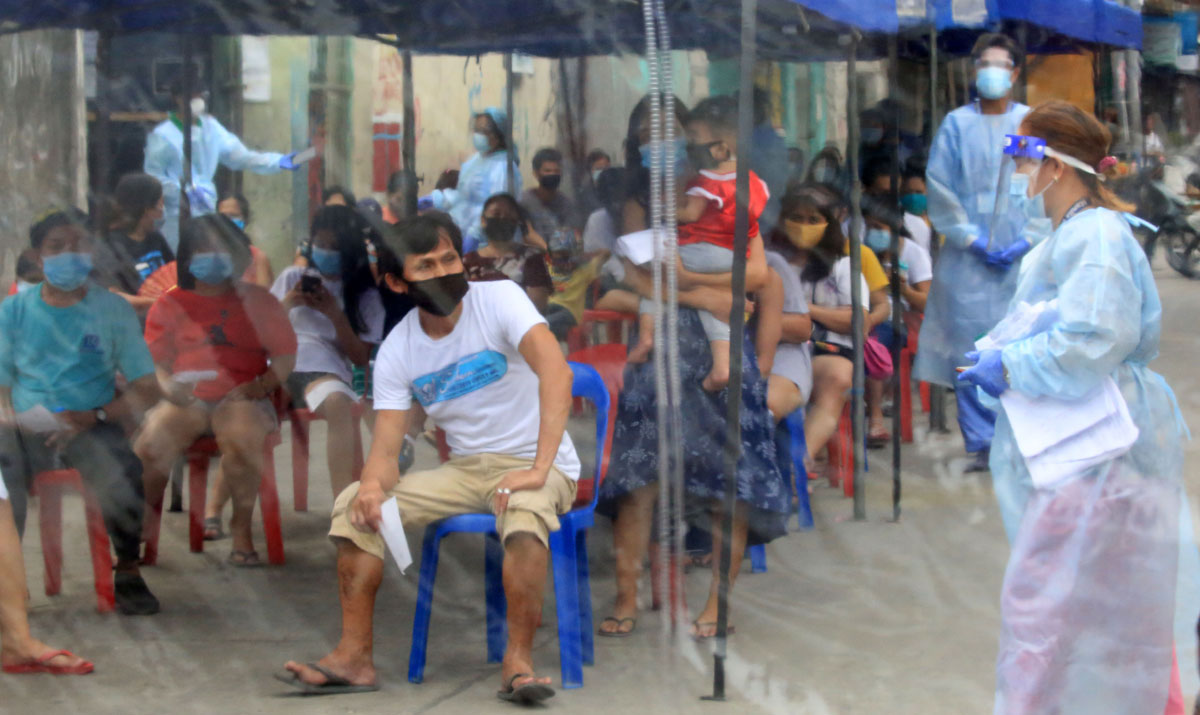 Roque said on Wednesday that things would not be the same in the government’s invigorated measures against the pandemic. The measures include the construction of “around a thousand isolation facilities” and the utilization of school dormitories if these quarantine centers are still not enough.

“We will actually attempt to isolate everyone who will turn out positive, because the experience of the other countries is it’s only in this manner that they were able to control the spread of the disease,” he noted. “Efforts will have to be done to reduce the numbers and, if possible, to do away completely with community transmission, which can be done under these contemplated massive targeted testing and invigorated tracing, as well as expanded isolation facilities.”

Carlito Galvez, Jr., chief implementer of the National Action Plan Against COVID-19, said the strategy against the pandemic is now in its “critical” phase and involves “aggressive” testing, isolation of infected persons, and localized lockdowns.

He said local officials and the private sector would play bigger roles in the fight against the disease, as the government strives to achieve a balance between ensuring public health and reopening the economy.

“In the second phase of our operational design, the challenge is to contain and manage the emerging new cases (while) at the same time, how we can continue our capacity building, particularly the expansion of our ICU (intensive care unit) beds and the resiliency of our vulnerable community,” Galvez said in a press briefing.

“What we will do in the second phase is we will shift the role to the LGUs (local government units), just like what (Quezon City) Mayor Joy (Belmonte) is doing – localized lockdown,” he added. “The implementation of different strategies on prevention, detection, isolation, treatment and reintegration will be given to the LGUs.”

Galvez explained that the first phase of the action plan was implemented from March to June while the second phase would be carried out from July to September. The third phase is from October to December.

“If we look at the data, there is an increase in new cases because we have loosened our restrictions. At the same time, we have what we call the opening of the economy,” he said. “So, in order to effectively manage COVID cases, the responsibility now shifts to the LGU and to the private companies and to the individual citizen.”

“We are enjoining all the LGUs, the private companies and the individual citizens to share the responsibility by having what we call the localized lockdown in the barangay and street, building, and (conducting a) massive education, info campaign for the strict enforcement and discipline on the minimum health standards,” Galvez said.

He said the spike in cases in Cebu City was caused by “inefficiency” in contact tracing.

“We will focus on prevention, detection, tracing and testing and efficient isolation,” Galvez said. “We also have to remind our people that they have to implement minimum health standards.”

“On how to immediately address the current surge, we will conduct what we call aggressive testing especially during the lockdowns, and effective contact tracing,” he added.