Global fears deepened with more novel coronavirus infections confirmed, including in the Philippines —the 18th country to report a 2019-nCoV case. 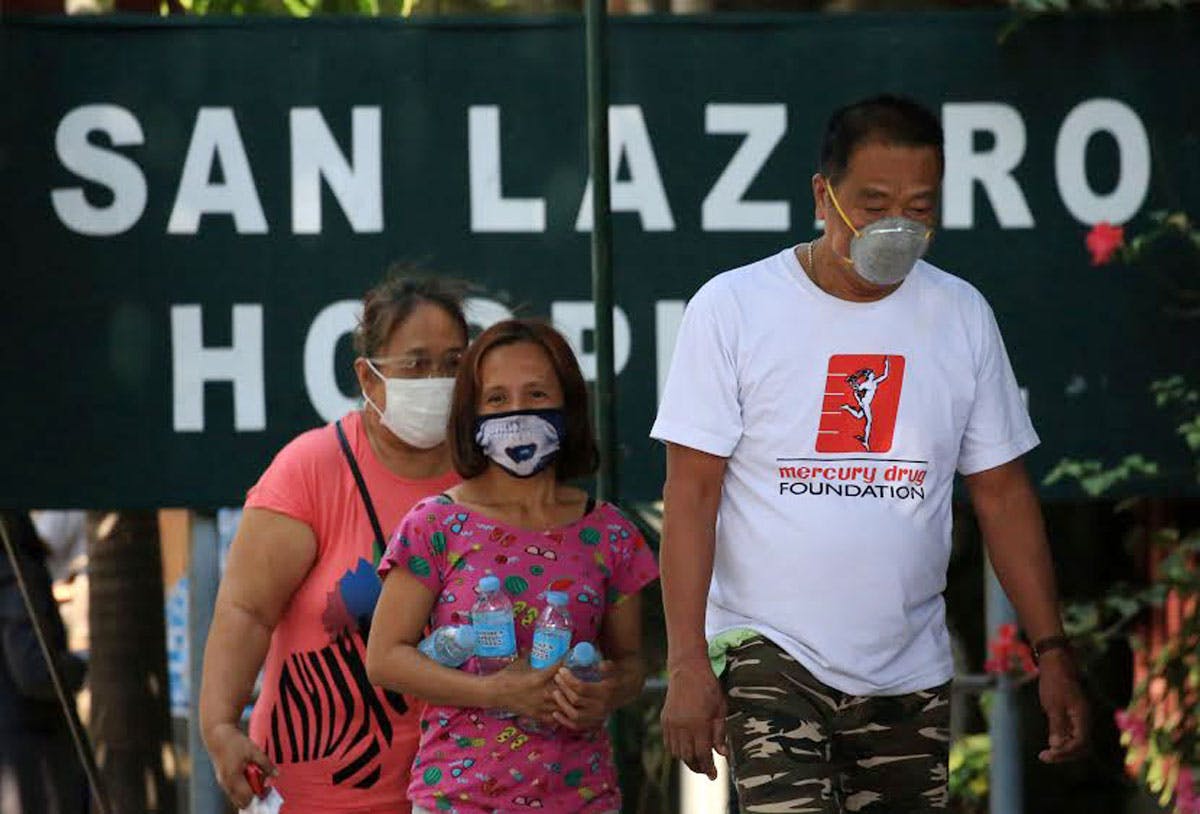 The Philippines is on alert but is urging people to remain calm while at the same time vigilant as the Department of Health (DOH) reported the first case of novel coronavirus (2019-nCoV) in the country yesterday.

From 132 deaths on Wednesday, the Chinese government reported 38 new deaths in the preceding 24 hours, the highest one-day total since the virus was detected late last year.

In Manila, the DOH said the patient under investigation (PUI) who tested positive for nCoV was a 38-year-old Chinese woman from Wuhan City.

Her laboratory results arrived yesterday from the Victorian Infectious Disease Reference Laboratory in Melbourne, Australia. The five other swab samples from PUIs sent to Australia tested negative for the virus.

“The confirmed case arrived in the Philippines from Wuhan, China via Hong Kong last Jan. 21, 2020. The patient sought consultation and was admitted in one of the country’s government hospitals last Jan. 25 after experiencing mild cough,” Health Secretary Francisco Duque III said.

“She is currently asymptomatic or no longer manifesting symptoms of the respiratory infection,” Duque noted.

The patient is confined at the San Lazaro Hospital in Manila, according to authorities.

Worldwide, the number of confirmed new cases also grew steadily to 7,909, of which 7,801 are in China, according to the latest tally of the South China Morning Post.

The virus bears a close similarity to Severe Acute Respiratory Syndrome coronavirus (SARS-CoV), which also began in China and eventually killed nearly 800 people worldwide from 2002 to 2003.

There were 8,000 cases reported during the SARS-CoV outbreak that affected 26 countries.

Another 81,000 people were under observation for possible nCoV infection in China, the National Health Commission said.

Duque stressed that the DOH was able to detect the first confirmed case because “of our strong surveillance system, close coordination with World Health Organization and other national agencies, and the utilization of DOH’s decision tool.”

“We are working closely with the hospital where the patient is admitted and have activated the incident command system of the said hospital for appropriate management, specifically on infection control, case management, and containment. We are also implementing measures to protect the health staff providing care to these patients,” Duque said.

The DOH has recorded a total of 29 PUIs  – 18 in Metro Manila, four in Central Visayas, three in Western Visayas, and one each in the regions of Mimaropa, Eastern Visayas, Northern Mindanao and Davao.

Twenty-three PUIs are currently admitted while five have been discharged but are still under strict monitoring. 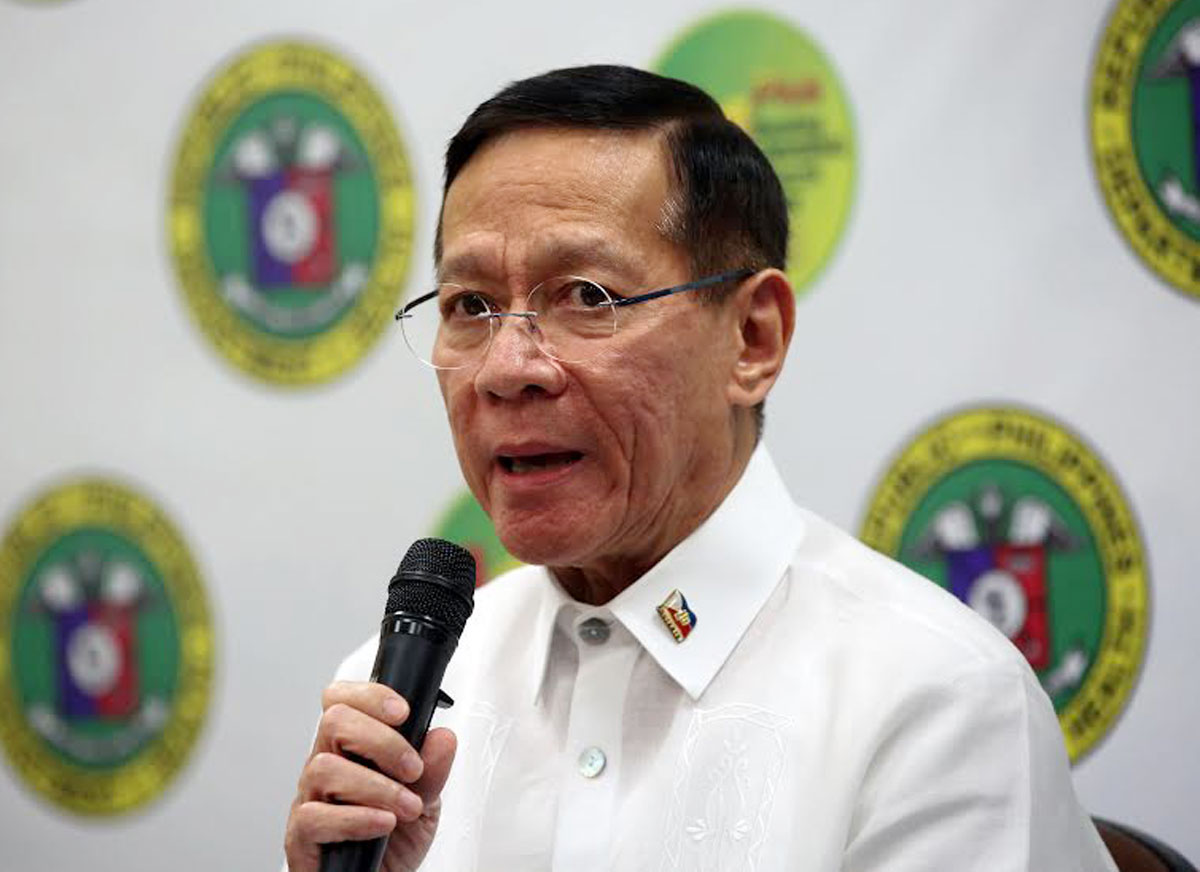 Malacañang and Duque assured the public that the government, especially the DOH, is on top of the situation.

According to Duque, the DOH is in close coordination with the Inter-agency Task Force on Emerging Infectious Diseases. The EID has representatives from the Departments of Foreign Affairs, the Interior and Local Government, Justice, Labor and Employment, Tourism, Transportation, and Information and Communications Technology.

“The task force will convene a high-level meeting (today) to discuss the first confirmed case and developments arising from this,” Duque said.

“The Bureau of Quarantine remains on high alert and is in constant coordination with authorities from all ports of entry for stricter border surveillance. DOH is assuring the public that its health facilities are equipped and prepared to receive and care for PUIs and confirmed 2019-nCoV cases,” he added.

For his part, Presidential Communications Operations Office Secretary Martin Andanar said the DOH is in constant coordination and collaboration with health and research authorities in Australia, Japan and China on implementing measures to prevent the spread of the new virus.

“In fact, with the help of our counterparts in Japan, we are now capable of detecting and diagnosing 2019-nCoV-infected patients on our own,” Andanar said.

DOH Undersecretary Eric Domingo said local testing for nCoV is expected to be available any time. “They are now doing the dry run for the nCoV confirmatory testing after setting it up for 24 hours,” he said.

According to Domingo, a patient will know if he or she is positive for nCoV within 24 hours after undergoing laboratory tests.

Director Ferchito Avelino of the DOH’s Epidemiology Bureau said they are now in the process of identifying people who might have come into contact with the nCoV patient.

Since the patient visited Cebu and Dumaguete, Avelino said they are coordinating with the Center for Health and Development in Central Visayas and the Bureau of Quarantine for contact tracing.

“After getting the flight details, we will identify the co-passengers and we are also looking at establishments where they stayed so the employees who had contact with the patients can be advised to undergo mandatory quarantine and observe if they are manifesting symptoms of the infection,” Avelino said.

Andanar said with the continued arrival in the Philippines of travelers from affected areas in China, the government will conduct stringent customs, immigration and quarantine measures to prevent the disease from spreading within the country.

“We will continue to serve our overseas Filipino workers (OFW), and will coordinate with Chinese authorities for repatriation efforts, as needed, to assist our nationals in China. Furthermore, we will also create a coronavirus hotline to assist the OFWs and other Filipinos residing in China for virus prevention and countermeasures,” Andanar said.

World Health Organization (WHO) country representative Dr. Rabindra Abeyasinghe said the mortality rate of nCoV is less than three percent, which is considered much lower than other coronavirus infections.

The WHO was set to meet last night to look into current developments and determine whether a health emergency of international concern should be declared. 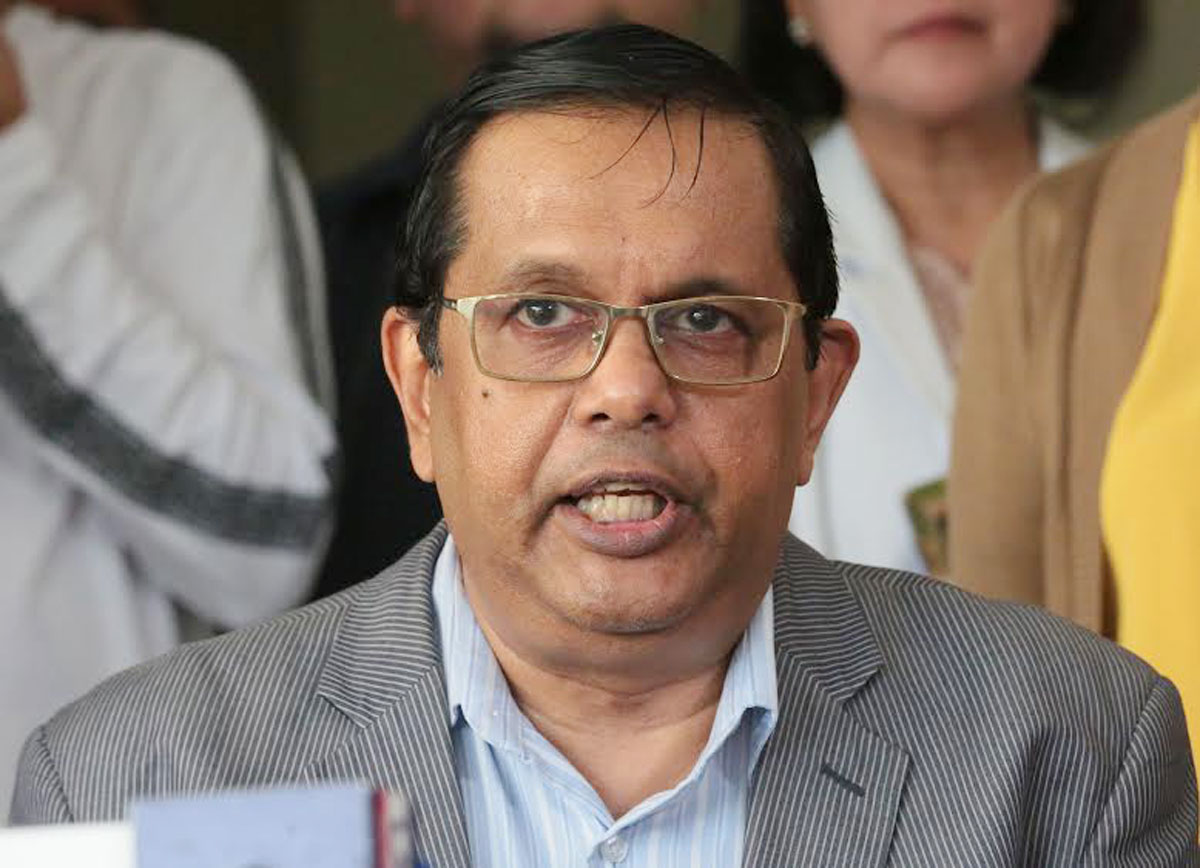 “If WHO decides to classify nCoV as a public health emergency, we would work with member states to actively stop transmission of the virus, which may include restriction,” Abeyasinghe said.

At this time, he said, the WHO does not consider nCoV as more infectious than other coronaviruses despite the high number of cases worldwide.

“The numbers we have currently does not support them,” he pointed out.

Meanwhile, Duque said, he would recommend travel restriction for visitors from the entire Hubei province.

The travel restriction may be expanded to other areas with high incidence of nCoV, depending on the assessment of the WHO.

The WHO initially downplayed the severity of the disease. But even without a declaration of the epidemic as a global emergency, governments, companies and people around the world continued to ramp up efforts to try to contain the illness.

Many governments have urged their citizens not to visit China, while some have banned entry for travelers from Wuhan. At least 16 countries have reported infections.

Airlines began cancelling flights to and from China on Wednesday, and more did so yesterday.

The Chinese government has taken extraordinary steps to arrest the virus’ spread, including effectively placing more than 50 million people in Wuhan and surrounding Hubei province under quarantine.

The pathogen is believed to have been spawned in a market that sold wild game and spread far and wide during the Lunar New Year holiday season in which hundreds of millions of Chinese travel domestically or abroad.

Thousands of foreigners have been trapped in Wuhan since it was sealed off last week. Japan and the United States on Wednesday became the first countries to organize airlifts out of Wuhan for their citizens.

Other countries, including the Philippines, are planning the same action.

Although China is not stopping the airlifts, it has warned that repatriation of foreigners from Wuhan could spread the disease. 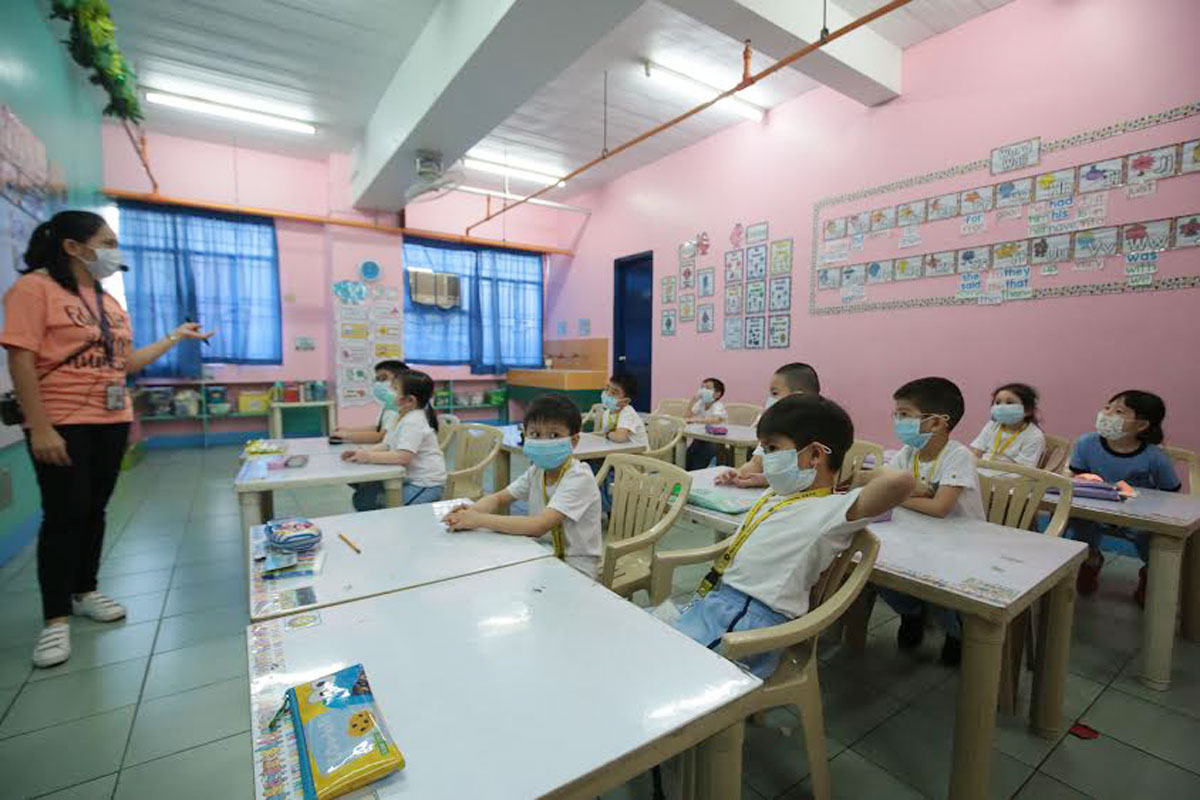 Japan yesterday reported that three people who were aboard the first evacuation flight had tested positive for the virus after landing back home.

Two of the three infected passengers showed no symptoms, according to Japanese authorities, underscoring the difficulty in detecting the coronavirus.

Compounding fears, Japan was allowing the arrivals – more than 400 have been repatriated after a second flight landed in Tokyo on Thursday – to “self-quarantine.”

The government said it could not legally require people to be tested or quarantined, and two people on the first flight refused testing.

In contrast, other countries organizing evacuations said they were all planning on quarantining people.

“We are in a truly new situation,” Japanese Health Minister Katsunobu Kato told parliament as his government faced criticism for its quarantine strategy.

The WHO has also come under fire after it decided not to declare a global health emergency last week.

“The whole world needs to take action,” Michael Ryan, head of the WHO Health Emergencies Program, told reporters. – With AFP