The 2019 Regional Science and Technology Week MIMAROPA held in Palawan from Nov. 27 to 29, 2019 proved that rural areas can also have a substantial contribution to scientific advancements that improve the lives of Filipinos. 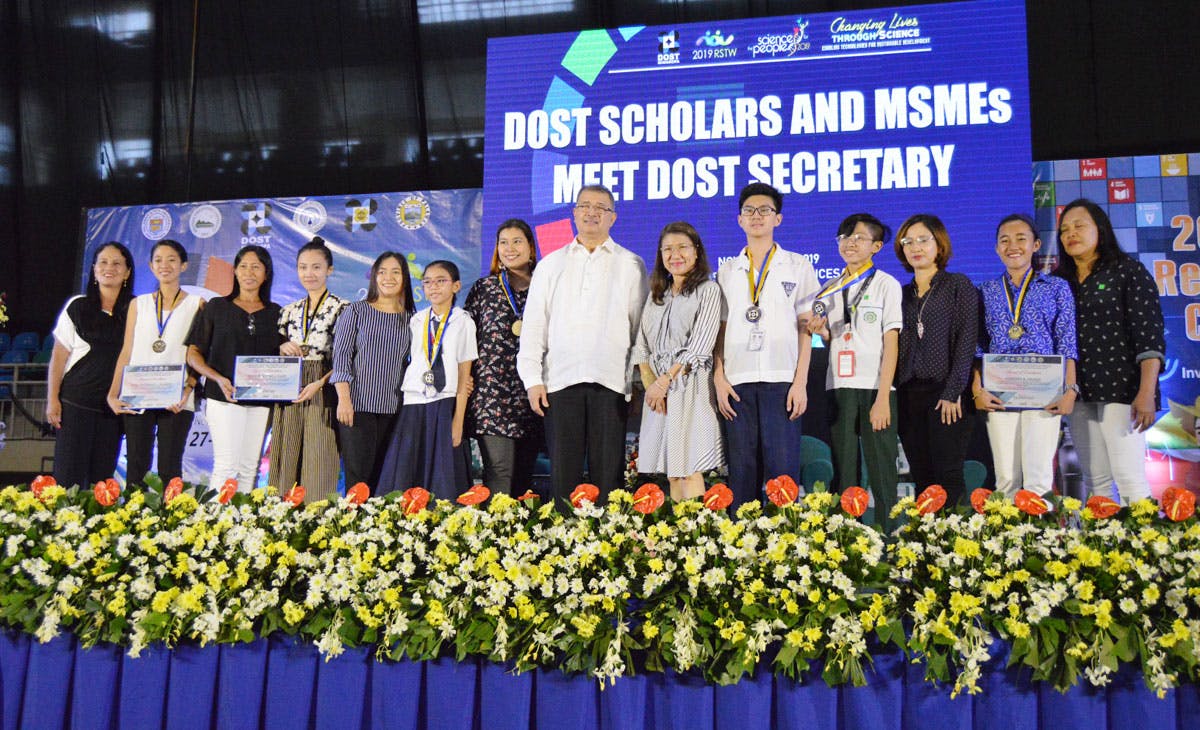 Science and Technology Secretary Fortunato dela Peña with the recipients of this year’s Youth Excellence in Science (YES) Awards from MIMAROPA. Photo by Epi Fabonan III, The Philippine STAR

Scientific advancements that have a crucial impact on the lives of Filipinos don’t just emanate from Metro Manila. People in the countryside also have bright ideas and inventions that advance the country’s goals in science and technology and improve the lives of its citizens.

This is what the 2019 Regional Science and Technology Week MIMAROPA proved during the three days it was held at the Puerto Princesa City Coliseum in Palawan from Nov. 27 to 29 with the theme “Changing Lives Through Science: Enabling Technologies Through Sustainable Development.”

Part of the three-day exhibition was the 2019 Regional Invention Contest and Exhibit, which showcased some of the inventions and innovations developed by various students and inventors from MIMAROPA, which is composed of the provinces of Occidental Mindoro, Oriental Mindoro, Marinduque and Palawan.

One of the innovative solutions was presented by two teams of Civil Engineering students from Palawan State University (PSU), who came up with their own idea for a slope protection system made from locally available materials.

Fifth-year college student Harvey Ross Mendoza and two of his classmates thought of solving the problem of improper plastic disposal in the country by turning plastic products into fibers and turning them into rope nets that can be used to protect slopes from soil erosion.

“We collected large soft drink bottles and cut them into strips. We then developed two customized machines: a cutting machine that would slice the bottles into strips, and a winding machine that turned the strips into rope,” Mendoza told The Philippine STAR during the exhibition.

After the plastic netting was made, they approached the Department of Science and Technology (DOST) to help them conduct tests on the material for properties such as tensile strength, elongation capability and break resistance. 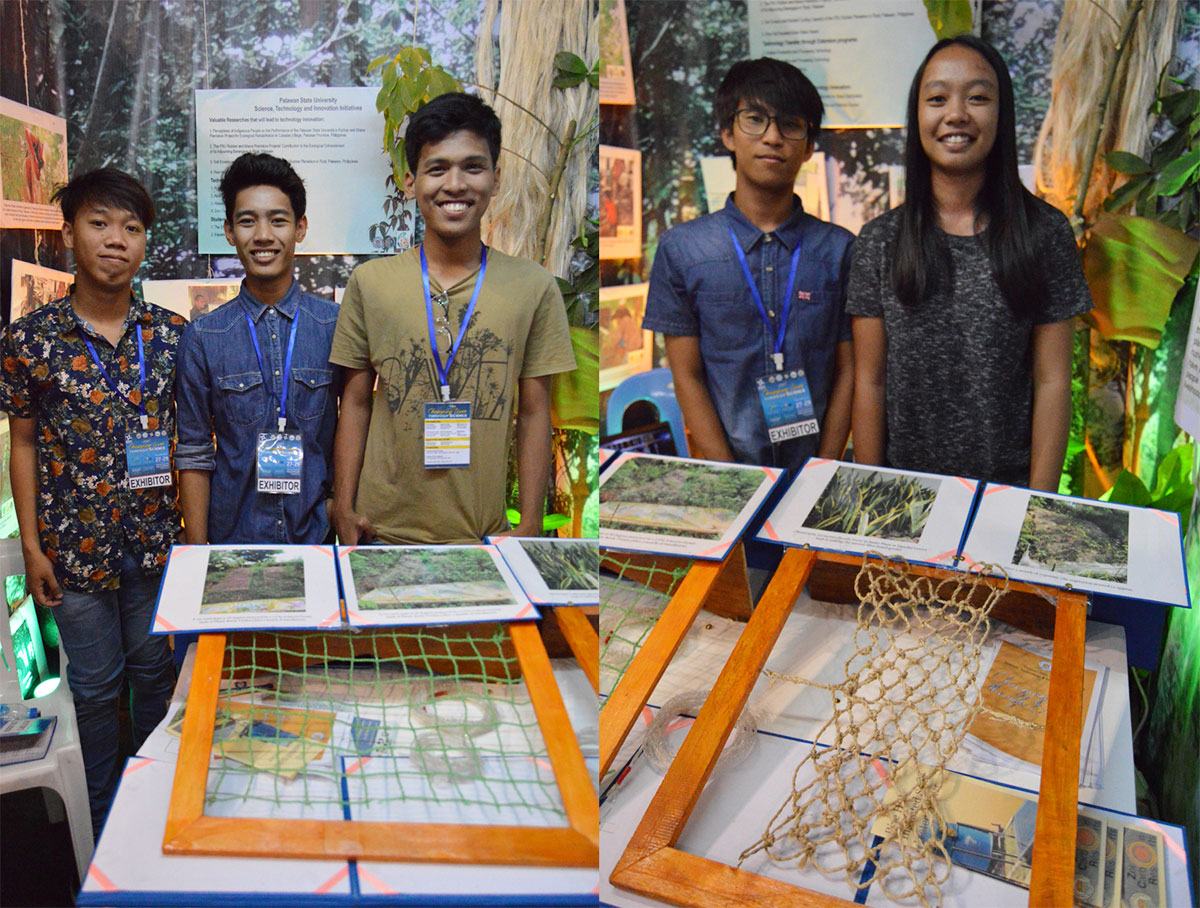 They also conducted a two-month comparative test at PSU wherein they prepared two slopes — an unprotected one and another protected by the plastic netting they developed.  They observed the slopes under different weather conditions to test if the material could remain strong and protect the slope.

“We collected soil samples from the two slopes weekly under different conditions, both wet and dry. We found that it’s more effective when the slope is protected by the plastic net,” Mendoza explained. “We also did not notice any significant melting of the material under extreme heat, so it won’t affect the groundwater through leaching of plastic materials. It also does not prevent the growth of plant life in the protected slope.”

According to Mendoza, they plan to patent their material and have it mass-produced for commercial distribution, particularly to construction companies.

“Snake plant is locally available throughout the Philippines as an ornamental plant in home gardens and backyards. We thought of using it as alternative to other materials like abaca, which are not found in some parts of the Philippines,” Dela Cruz said.

“The process involves water retting, wherein we soak the leaves of the plant in water for 10 to 14 days so that we can easily gather the fiber without damaging it. We then dried the fibers and manually coiled it into rope, so our pacing in developing the material is quite slow,” she added.

Like Mendoza and his group, Dela Cruz and her classmates subjected the material to a five-week observation on a sample slope under different weather conditions.

“According to our observation, it’s an effective slope protection. We tested it under various weather conditions. During our first week, it was rainy, the second week was dry, and so on. The net proved to be durable under these conditions,” Dela Cruz said.

Unlike the plastic slope protection net that has been tested by the DOST, Dela Cruz said their version is still undergoing tests recommended by the agency. 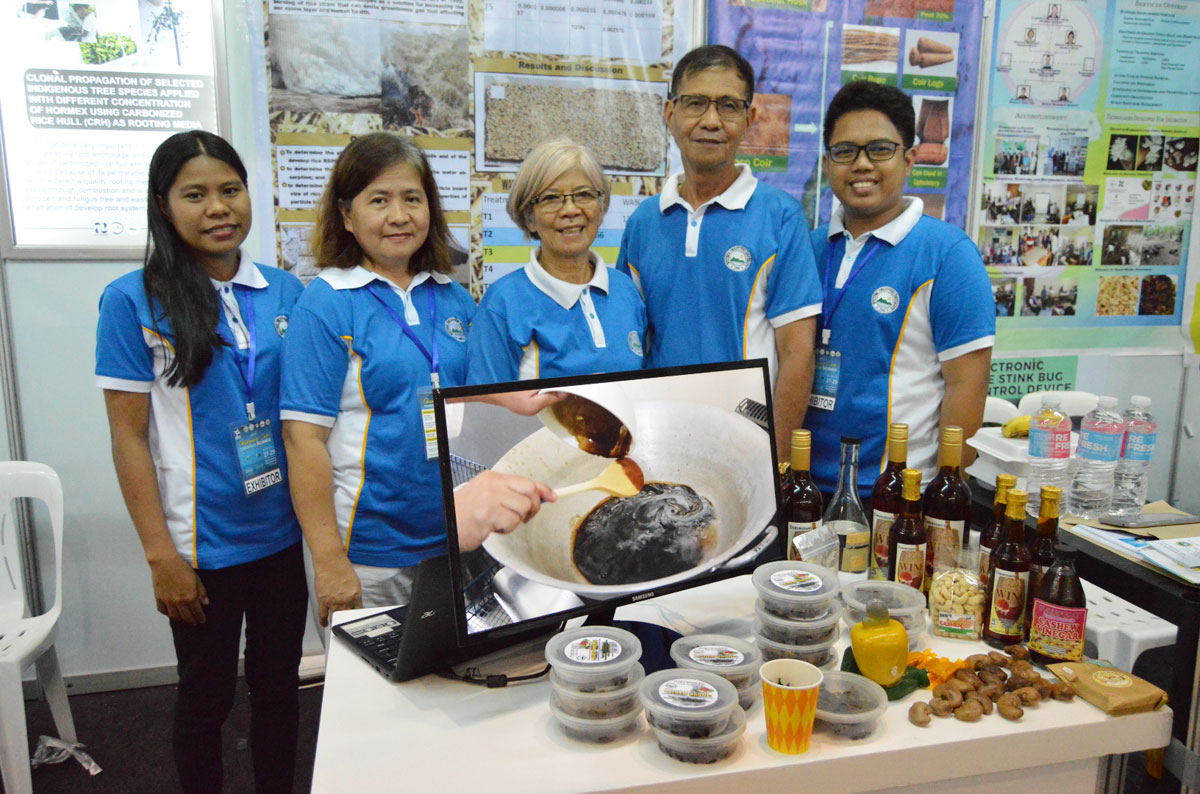 Palawan isn’t renowned only for its pristine waters and tourist destinations. It’s also known as the country’s cashew capital.

According to the latest data from the Bureau of Agricultural Statistics, there are 3.1 million cashew trees (Anacardium occidentale) planted in Palawan’s 20 municipalities, with total annual hectarage yield of approximately 106,256 metric tons. The most common product derived from the tree is the cashew nut, derived from the seed of its fruit, which is normally discarded after the seed has been removed.

But teachers and students at the Western Philippines University (WPU) main campus in Aborlan found a way to make various products out the cashew fruit to avoid waste and provide the cashew industry with new items to market.

Maria Eden Llavan, a faculty of WPU Aborlan and in-charge of the university’s Cashew Food Processing project, explained to The Philippine STAR that they were able to create products such as wine, vinegar, juice, prunes and candies out of the cashew fruit.

“These products were developed using technologies developed through our research at WPU. These products will help our local farmers because normally, they cannot use the cashew fruit. They only use the seed. Now, they don’t have to throw away the fruit. They can sell it to the university and earn money in the process,” Llavan said.

The WPU is now offering a cashew food processing course for interested entrepreneurs.

The university has also developed a tool to peel the shell off cashew seeds. Called the Whole Nut Cashew Decorticator, it speeds up cashew seed shelling.

“It avoids cutting the seed into half, which produces an oil called cashew nut shell liquid (CNSL), which has an acrid taste that could contaminate the seed,” Mirriam Banlawe, dean of the College of Engineering and Technology at WPU Aborlan said.

Banlawe said the DOST, through TAPI, provided financial assistance of P34,000 for the development of the decorticator, which is currently undergoing pilot testing. They also plan to mechanize the tool to make peeling cashew seeds faster and more efficient.

Aside from the indigenously developed innovations, the exhibit also featured some of the latest technologies and innovations developed with the help of various agencies under the DOST.

These include the portable marine transponders that make use of the Long-Range Wide Area Network (LoRaWAN) and solar panels, which was developed by the startup company Futuristic Aviation and Maritime Enterprise (FAME) with the help of Philippine Council for Industry, Energy and Emerging Technology Research and Development (PCIEERD); the Biotek M dengue detection kit developed by Dr. Raul Destura with the assistance of the Philippine Council for Health Research and Development (PCHRD), and the Axis Knee Replacement System developed by Dr. Ramon B. Gustilo with assistance from PCHRD.

FAME’s portable transponders are an affordable device that fishing boats can use for navigational tracking and communication in areas without cellular signal. The transponders are also being used today in helping Advanced Science and Technology Institute (ASTI) track and monitor water levels in rivers in Coron, Palawan.

Meanwhile, the Biotek M dengue detection kit can determine if a patient has been infected with any of the four strains of the dengue virus within two to three days from the onset of the disease, while the Axis Knee Replacement System is an affordable and first of its kind knee replacement system in Southeast Asia designed specifically for Filipinos.

DOST Secretary Fortunato dela Peña, who was with President Duterte during his two-day visit to South Korea to attend the ASEAN-Korea Commemorative Summit, arrived on the final day to personally see the exhibition and visit sites where DOST projects have been implemented. 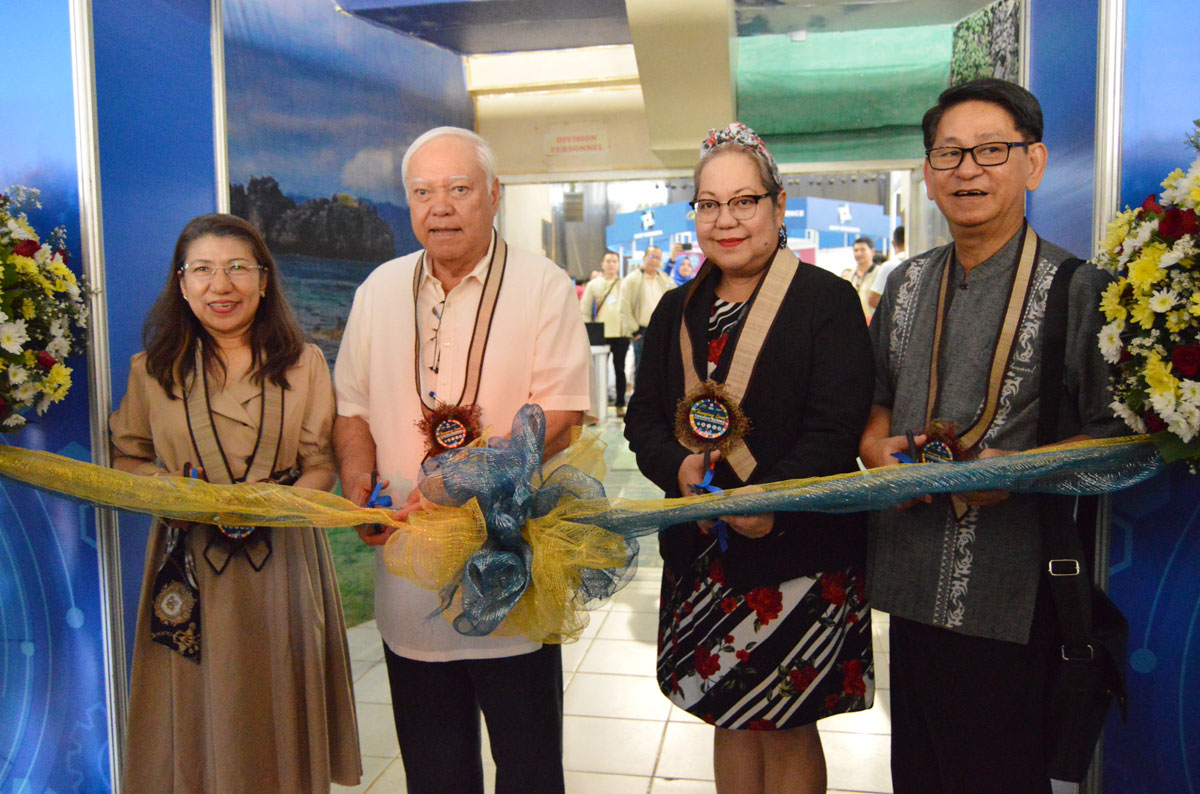 The event gathered students and teachers from different schools, colleges and universities in MIMAROPA, inventors and entrepreneurs, colleges throughout the region, and the different agencies under the DOST to showcase the latest scientific developments from the region, discuss current trends in science and technology, and promote local products and innovations developed in the region with the help of the DOST.