LIST: Cancelled Activities Due To nCoV Outbreak; Airborne Transmission Not Yet Proven

The Department of Health discourages people from organizing or attending events that will draw a huge number of attendees to prevent the possible spread of the novel coronavirus. 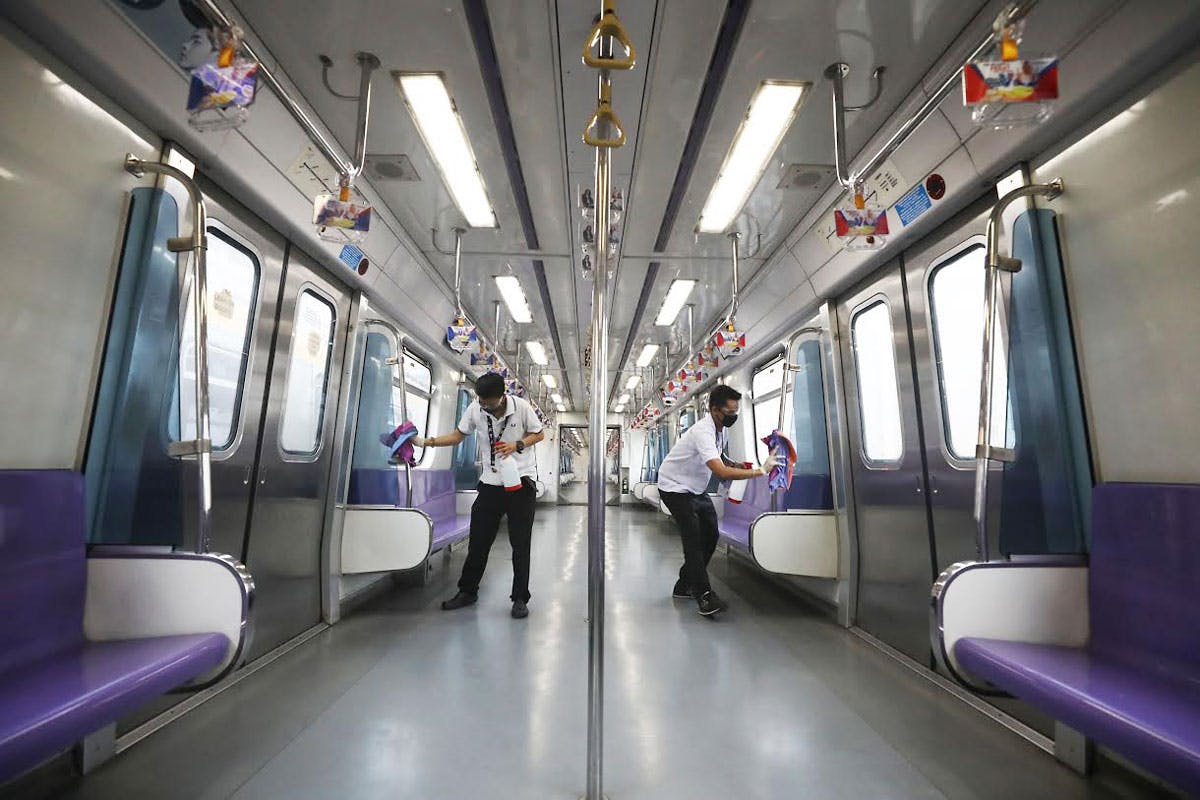 Workers disinfect the safety handrails and benches of a Light Rail Transit 2 coach at the Recto station in Manila on Monday, Feb. 10, 2020 as part of precautionary measures against the novel coronavirus. Photo by Miguel de Guzman, The Philippine STAR

The Department of Health (DOH) has recommended the cancellation of big events and other mass gatherings until further notice amid the threats posed by the novel coronavirus (2019-nCoV).

But even before this, some local government units as well as other groups have decided to forgo their activities, including concerts, to minimize the risks of contracting nCoV.

Duque assured the public that “all measures to contain the potential spread of 2019-CoV infection are being explored, studied, and implemented to keep the Filipino people safe from the threats of this infectious disease.”

DOH Undersecretary Eric Domingo clarified that the department merely made a recommendation and it is not “illegal to hold a meeting or to hold a convention especially if you can take precautionary measures.”

Domingo said it is well known that the modes of transmission of the virus are through “droplets and close contact.”

“When people are together and you don’t know where everybody came from or if anybody has an illness, there’s always that risk, and it’s greater if you are close together and you lack precautionary measures,” he said.

Yesterday, the World Health Organization (WHO) belied reports that airborne transmission is possible for nCoV.

In an interview, WHO country representative Rabindra Abeyasinghe noted that while there are still many things about nCoV that remain “unknown,” available evidence shows that the disease “is largely a respiratory infection that can be transmitted via droplets or through close contact.”

Here’s a list of events that have been cancelled so far due to the outbreak of nCoV:

Davao City Mayor Sara Duterte-Carpio on Monday said the activities for the 83rd Araw ng Dabaw celebration would no longer push through on March 1 to 31, in line with the DOH advisory.

According to Carpio, all preparations made for this year will push through in 2021.

The local government of Parañaque also suspended the activities for the 22nd cityhood anniversary celebration on Feb. 13.

“In the interest of everyone’s safety, we have been advised by our city health officials to take care of exposing our constituents particularly children to crowded places. We hope they will support and understand us for temporarily postponing the cityhood anniversary activities this year,” Mayor Edwin Olivarez said in a statement.

The Baguio Flower Festival Foundation also moved all the annual Panagbenga activities next month. The Panagbenga opening parade, which was supposed to be held last Feb. 1, was moved to March 21. Additionally, the Street Dance Parade was reset to March 28 and the Grand Float Parade to March 29.

The Cultural Center of the Philippines cancelled the Pasinaya Festival, which was slated to run from Feb. 7 to 9, 2020.

The Department of Education has ordered the suspension of all national and regional activities as well as field trips and other off-campus events to minimize the risk of nCoV contagion. 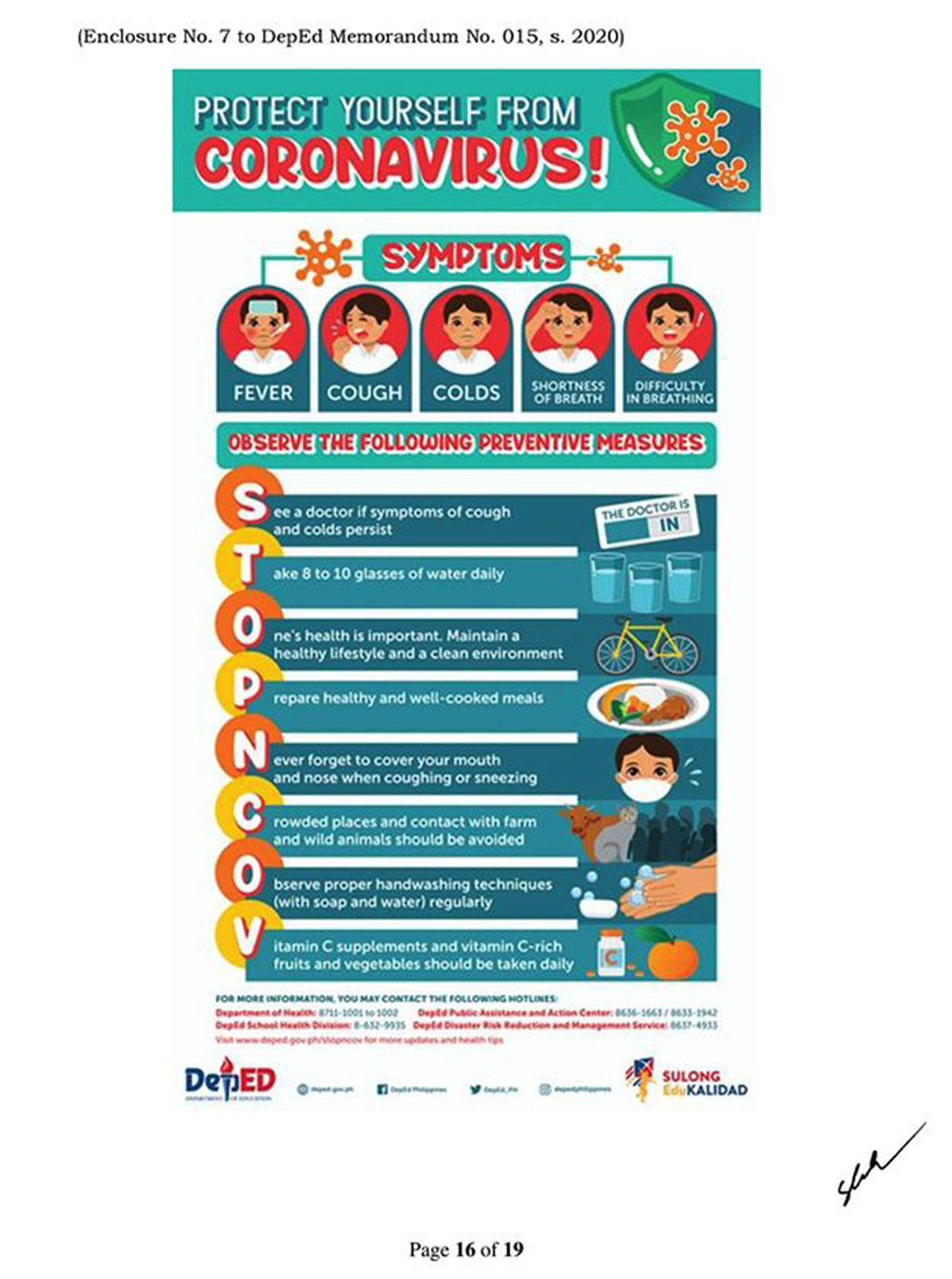 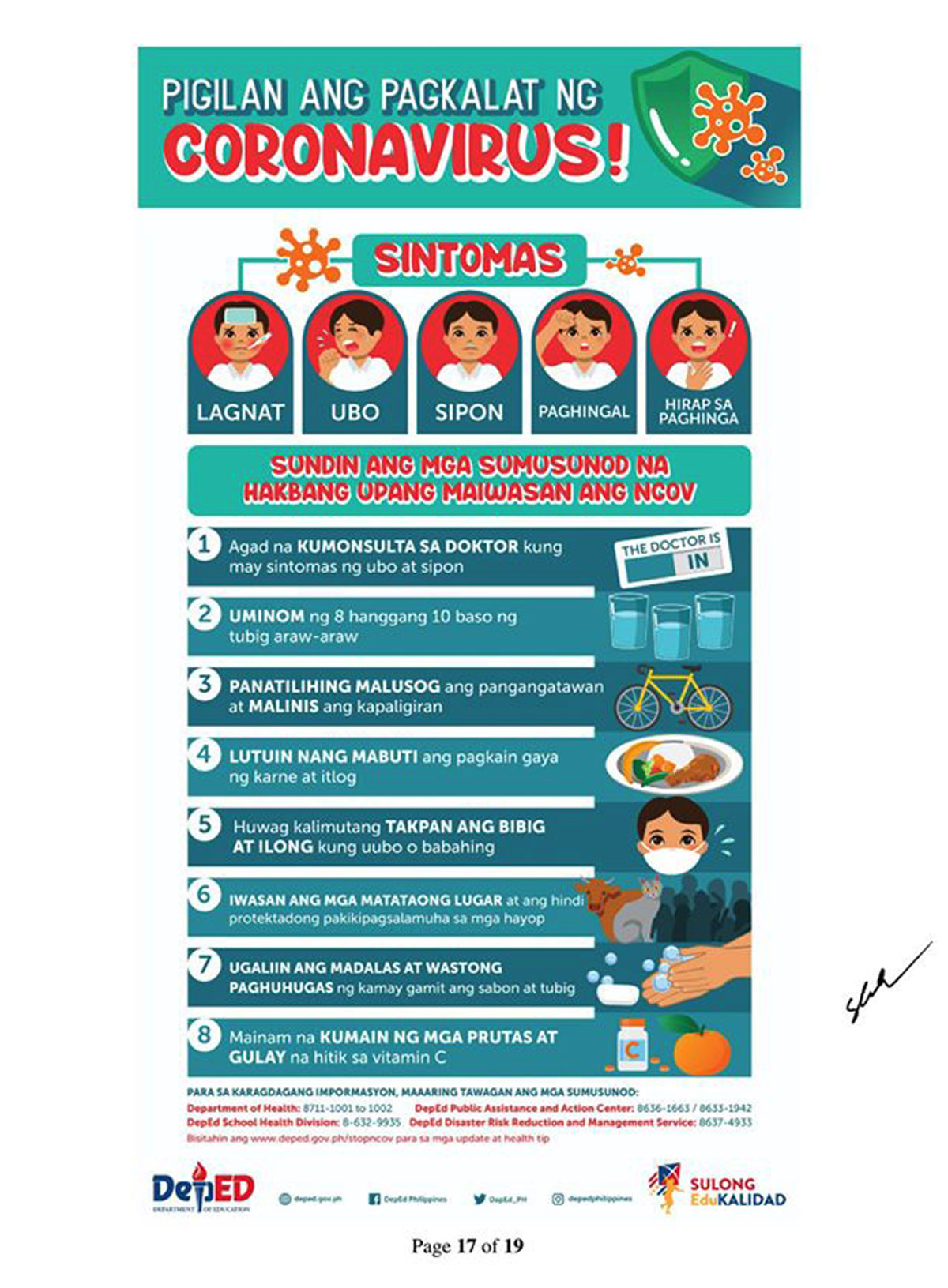 As part of the precautionary measures to prevent the spread of the 2019-nCoV, sporting events were also postponed.

The Philippine Basketball Association announced on Monday that the 45th Season Opening of PBA would be rescheduled from March 1 to March 8 while the 10th season opening of the PBA D-League would also be reset from Feb. 13 to March 2.

The ASEAN Federation announced on Monday that the 10th ASEAN Para Games was officially postponed. The decision came several days after the Philippine Sports Commission (PSC) recommended the postponement as part of the measures being implemented by the government to prevent the virus. The Para Games were originally scheduled on Jan. 18 to 24, but it was decided to reschedule them on March 20 to 28.

The PSC also postponed the national sports summit in January, the Philippine National Games in May and the Children’s games nationwide while the National Collegiate Athletic Association cancelled all its junior events.

Nature Republic announced on Wednesday last week that the fan meet of South Korean boy group EXO was scrapped due to the nCoV outbreak.  The event was supposed to be held on Feb. 22.

Welsh singer-songwriter Novo Amor cancelled his appearance in the upcoming Wanderland Music Arts & Festival, which was slated on March 7 to  8 in Alabang, Muntinlupa.

Netflix Philippines announced on Wednesday last week that the “To All the Boys: P.S. I Still Love You” Philippines event on Feb. 15 at the Glorietta Activity Center in Makati will no longer push through.

Bench Philippines announced on Instagram that American actor and model Noah Centineo’s meet and greet event on Feb. 16 has been cancelled due to the nCoV outbreak. 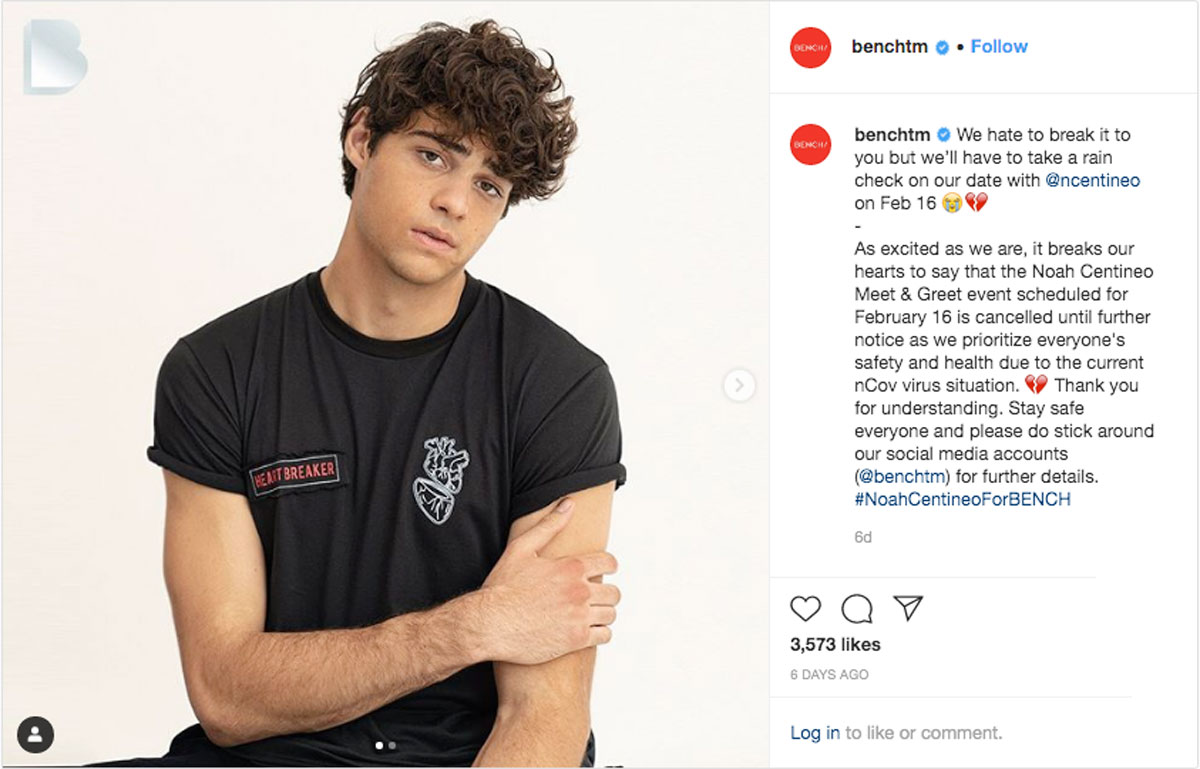 The two-day book signing event of international bestselling author Mitch Albom to be held on Feb. 15 and 16 was also scrapped “for the safety of everyone involved” due to the new disease.

American pop and R&B vocal group 98 Degrees rescheduled their tour in Davao from Feb. 16 to May 16; Manila from Feb. 25 to May 21, and Cebu from Feb. 19 to May 23.
Latest News
onefeed Top headlines from the OneNews network
Having problems seeing the article? View this article in your phone’s browser. (Tap the upper right corner and select “Open In…“).
Application update is available.