IT’S FINAL: 13th Month Pay Must Be Given Even By Distressed Companies Or Those That Shut Down

The Department of Labor and Employment has said that even the firms that have folded up due to the coronavirus pandemic are still mandated to grant their workers final pay, which includes the 13th month. 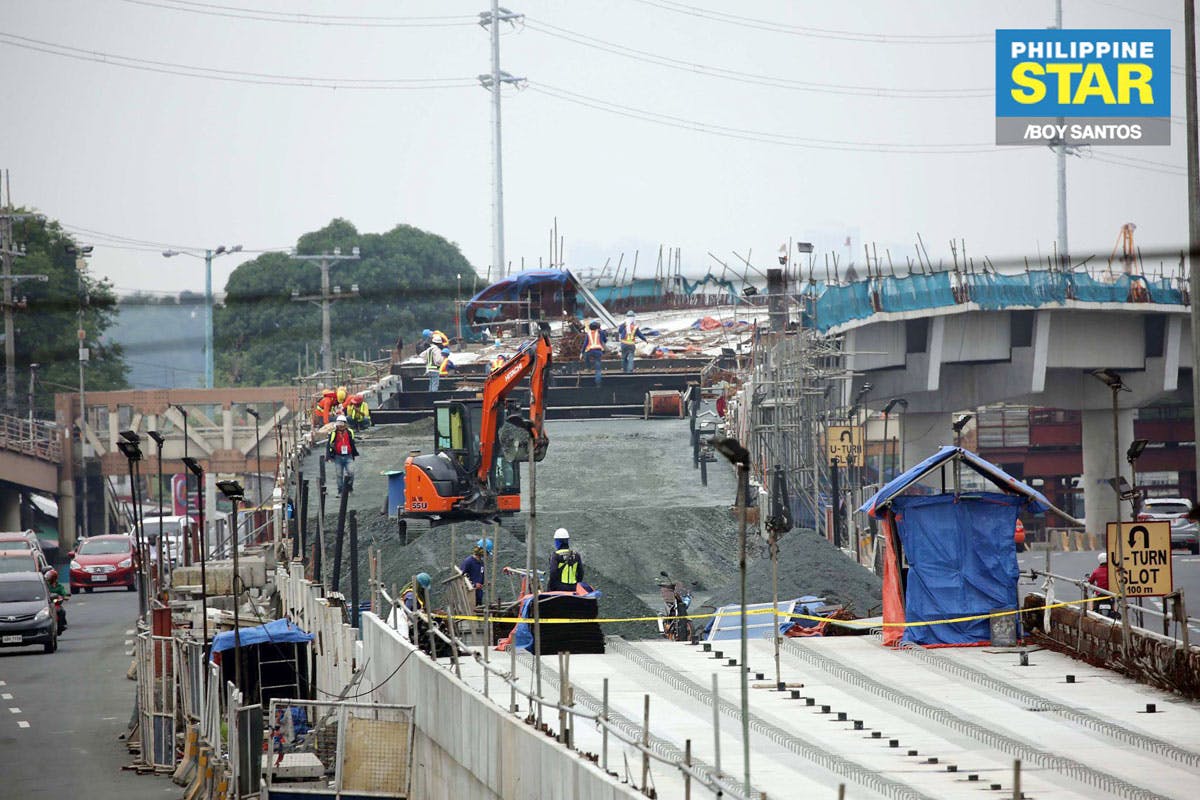 Workers rush the construction of MRT-7 railings along Commonwealth Avenue in Batasan, Quezon City on Aug. 15, 2020. Photo by Boy Santos, The Philippine STAR

The issue on whether companies distressed due to the coronavirus pandemic can defer or be exempted from giving the 13th month pay of their workers has been resolved: they cannot.

In fact, the Department of Labor and Employment (DOLE) said earlier that even the firms that have folded up are still mandated to grant their workers final pay, which includes the 13th month.

DOLE Secretary Silvestre Bello III announced during the “Laging Handa” public briefing on Thursday, Oct. 15, that the agency is upholding the interpretation of then labor chief and now Senate Minority Leader Franklin Drilon, that Presidential Decree No. 851 or the 13th Month Pay Law issued in 1975 did not exempt distressed companies from paying such benefit. Only the implementing rules and regulations for PD 851 did, but this was overturned by Drilon in 1986 when he headed the DOLE.

According to Bello, the DOLE will come out with an order today, Oct. 16, stating that all workers nationwide will be getting the 13th month pay this holiday season.

“It’s very clear in the law that 13th month pay must be given on or before Dec. 24, so employers must pay the workers, though we know there are companies not capable of giving it,” Bello said.

“We will not postpone, not defer, not give exemption to payment of 13th month pay. The law says pay workers 13th month on or before Dec. 24, and that’s what DOLE will implement,” he declared.

Last week, Bello disclosed that DOLE was looking into the possibility of forging agreements between employers and workers for the deferment of payment of the mandated cash benefit.

The DOLE official said delaying the payment is a better option instead of distressed firms affected by the pandemic seeking exemption or not granting the cash benefit at all.

According to Bello, DOLE has so far not received a single application for exemption from business establishments incapable of giving the 13th month pay.

In an earlier interview, DOLE Undersecretary Benjo Benavidez said even firms that had to shut down due to the pandemic could not deprive their employees of final pay, including the 13th month benefit.

Many of those who were terminated have rendered services for at least a month prior to the lockdowns imposed due to the pandemic so they are entitled to the 13th month pay, Benavidez explained. 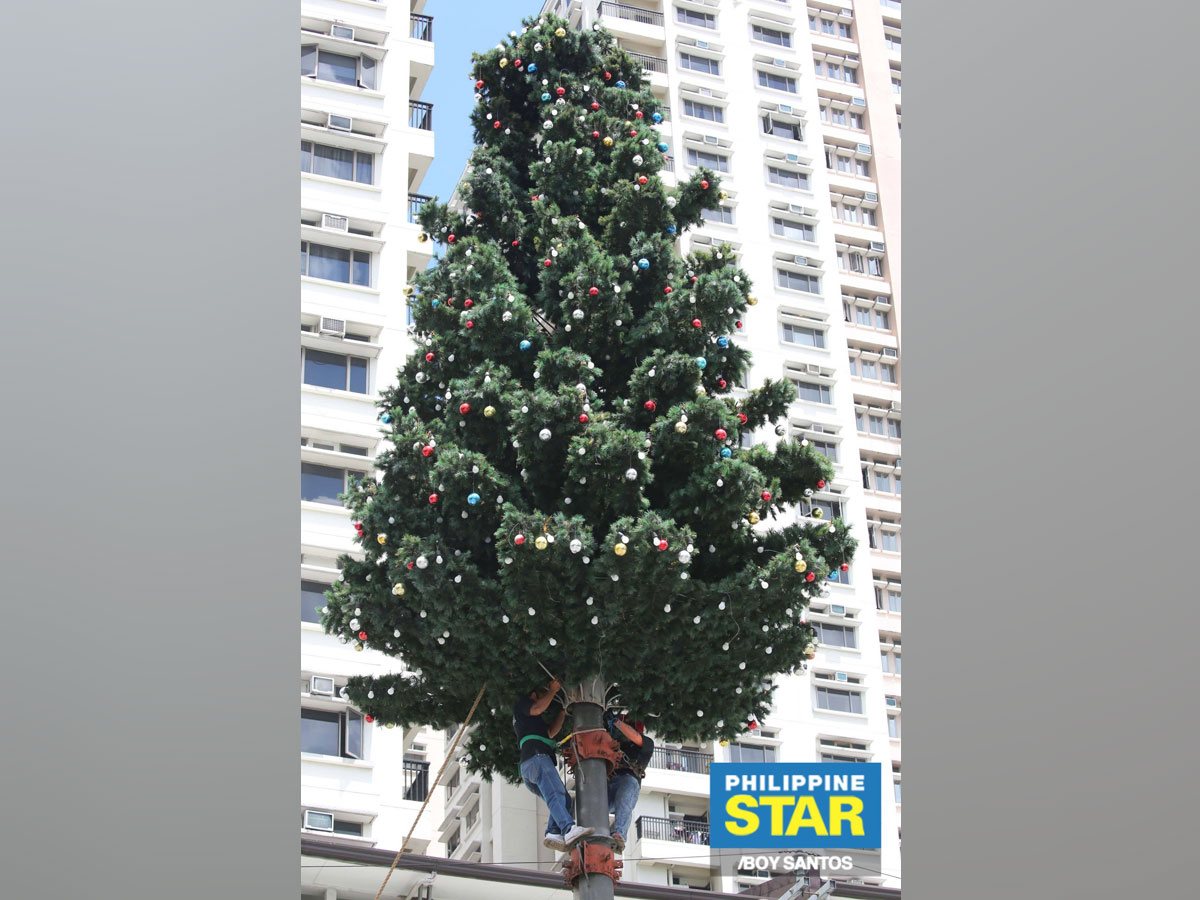 During the National Tripartite Industrial Peace Council (NTIPC) meeting on Tuesday, Oct. 13, Bello said the Employers Confederation of the Philippines (ECOP) expressed concern over the inability of company members to comply with the law.

Bello said the DOLE is looking at the provision of loans or subsidies for micro, small and medium enterprises (MSMEs) that are not financially capable of complying with the 13th Month Pay Law.

According to Bello, the DOLE is seeking funding from the Department of Finance for the implementation of the subsidy program for MSMEs.

“We are now drafting the proposal to be submitted to Finance Secretary (Carlos) Dominguez – that is to provide subsidy or open line for MSMEs to secure loans from banks,” Bello said.

The Associated Labor Union-Trade Union Congress of the Philippines (ALU-TUCP) said workers are thankful for the DOLE’s decision to disallow the deferment or exemption from the payment of 13th month.

TUCP president Raymond Mendoza said with the 13th month pay, workers would have money at least to buy food for Christmas.

“This is definitely good news to millions of employees who were demoralized these past two weeks upon knowing that payment of their 13th month might be deferred or altogether scrapped,” ALU vice president Gerard Seno said. “This positive development proves that dialogue between labor, business and government particularly on important issues really works.”

Defend Jobs Philippines welcomed the DOLE’s decision assuring workers of their right to enjoy the mandated benefit during the pandemic.

“We reiterate our position that the government must allocate funds to subsidize in-distress micro, small and medium enterprises in order for them to comply with the payment of the 13th month pay to their workers and employees,” Defend Jobs said in a statement.

The labor group urged the Duterte administration to focus on generating more jobs and provide adequate aid for millions of retrenched Filipino workers.

The resolution of the issue was reached after a deadlock during Tuesday’s NTIPC meeting.

In a phone interview, Federation of Free Workers (FFW) president Sonny Matula said there was no quick agreement on what should be done.

“But for us, the 13th month pay of workers should be given to them.  They need it badly especially during this time of pandemic,” Matula stressed.

The meeting was attended by Bello, Department of Trade and Industry Secretary Ramon Lopez, ECOP president Sergio Ortiz-Luiz Jr. and trade union leaders, among others.

Also discussed during the meeting were the policies covering workers who were placed on “floating status” during the pandemic.

According to Matula, ECOP proposed that the government subsidize the 13th month pay of MSMEs to their workers.

Matula admitted that he did not know if Ortiz was serious, but “we said we are OK with that” and that FFW supported the ECOP proposal.

He added that Bello heard the proposals of all parties but reserved making a decision.

ALU-TUCP spokesman Alan Tanjusay said they registered during the meeting their “strong opposition” to proposals to give exemption to the 13th month payment.

“We asked them not to change the policy on the 13th month pay. Workers are looking forward to it during Christmas and school opening. In fact, many of them have incurred debts with that bonus as payment,” Tanjusay added.  – With Sheila Crisostomo