With the current school year set to end on July 10, students will get a six-week break instead of two months. 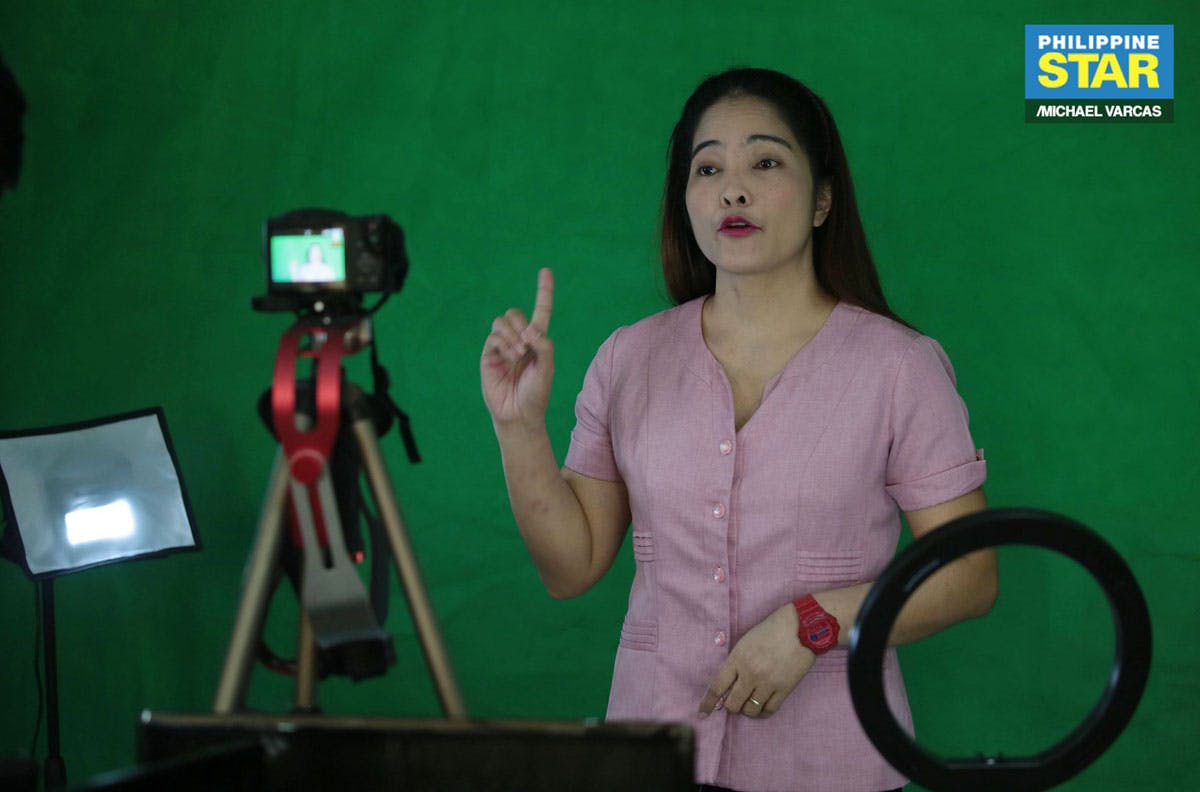 An elementary school teacher in Navotas City records her lessons on Aug. 23, 2020 in preparation for the blended learning approach adopted by Department of Education for school year 2020 to 2021 due to the COVID-19 pandemic.

Barring any unforeseen changes and new developments, the upcoming school year of public elementary and high schools will begin on Aug. 23, according to an official of the Department of Education (DepEd).

“Since there is still no DepEd order, I cannot say that it is final,” DepEd Undersecretary for curriculum and instruction Diosdado San Antonio said in Filipino. “But as of today (April 27), that is what was approved.”

With the current school year set to end on July 10, students will get a six-week break before the start of the next school year.

“It will be shorter by two weeks from the previous two months… Hopefully it will not be difficult for many,” San Antonio said in a separate interview with ABS-CBN News.

Marked by a shift to distance learning due to the pandemic, the current school year started on Oct. 5 in public elementary and high schools.

It was originally scheduled to end in June, but was extended to July 10 to provide students with academic ease and more time to complete their class requirements.

It was the second adjustment to the school year since the start of classes last Oct. 5. The opening of classes was postponed a few times due to the COVID-19 pandemic and the quarantine restrictions imposed. All the stakeholders had to adjust to blended learning as face-to-face classes for elementary and high school students even in areas with zero or low COVID-19 transmission were not allowed.

In February, President Duterte rejected anew the proposal to conduct pilot in-person classes because of the health risks that teachers and students may face while the government has not started its COVID-19 vaccination program.

Earlier, Education Secretary Leonor Briones said DepEd is preparing for different scenarios for the next school year, such as the gradual return of face-to-face classes or the continued implementation of distance learning.

“We plan for all possibilities,” she said during the “Laging Handa” Press briefing on April 13. “There are several variables that we cannot predict. That’s why our planning is based on different assumptions.”

Briones noted DepEd is also preparing for a “higher level of dependency on technology,” noting they do not want to encourage the widespread use of printed learning materials due to its impact on the environment.

She said they have started distributing gadgets to students even in the so-called last-mile schools, or those located in far-flung and hard-to-reach areas.

Last week, DepEd said it would review and update the curriculum for Kindergarten to Grade 10 to respond to challenges in the education sector, including those brought about by the pandemic.

The curriculum review will be finalized this year, with consultation sessions to be conducted in early 2022.

San Antonio said the review would cover the most essential learning competencies included in this year’s curriculum, which has been reduced to simplify the process of learning given the limitations of distance education.

He said they would assess if these are sufficient for learners to acquire knowledge and skills.

“The initial agreement was only for Kindergarten to Grade 3, with the objective of strengthening ready computation and social emotional skills. We want something simple but will ensure that the students are knowledgeable,” San Antonio said in Filipino.