DDB: Number Of Drug Users In The Country Down To 1.67 Million, But Is It A Big Drop?

There’s a significant 58.25 percent decrease in the number of drug users if the comparison will be the figure cited by President Duterte: four million. However, a 2015 survey showed there were only 1.8 million drug users in the country. 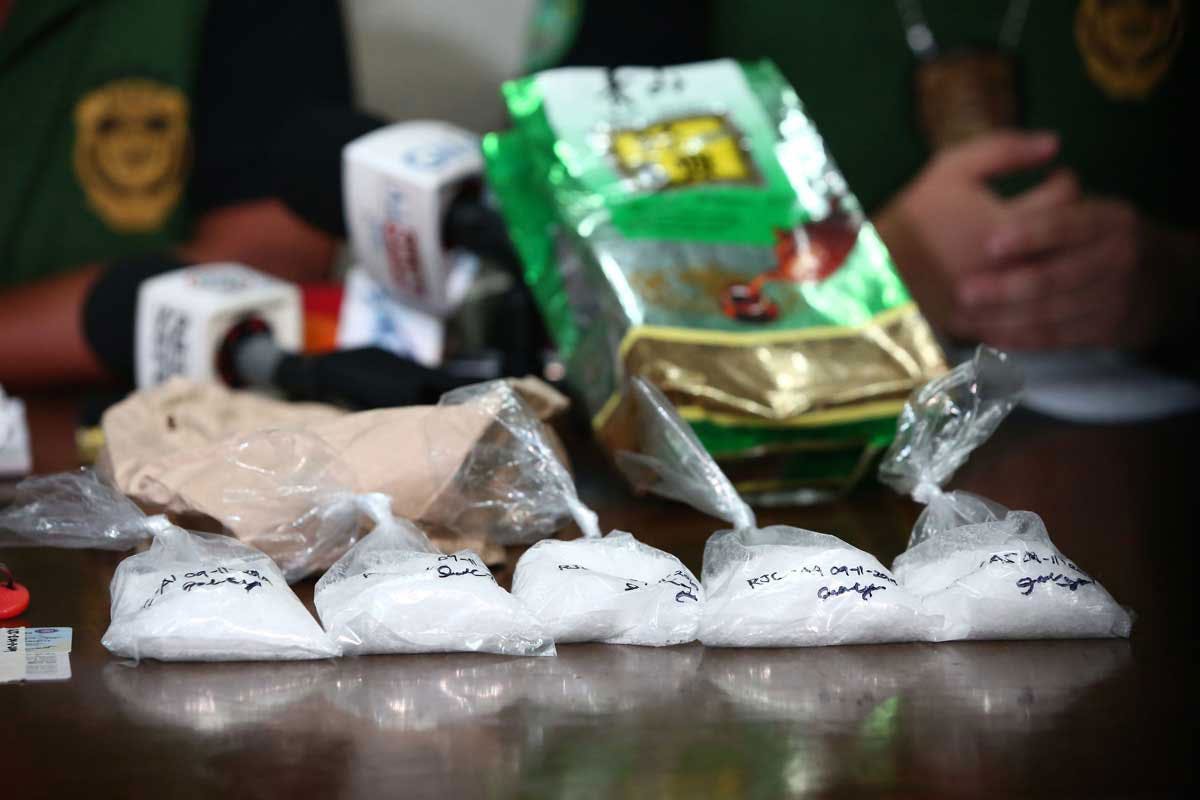 Suspected shabu weighing about 500 grams with a street value of P3.4 million placed in Chinese tea packaging is presented by the Philippine Drug Enforcement Agency at its headquarters in Quezon City on Sept. 12, 2019. The illegal drugs were seized from two suspects during a sting in Taguig City. Photo by Miguel de Guzman, The Philippine STAR

The administration has claimed new victory in its controversial war on drugs following a government survey showing that the number of drug users in the country has declined to an estimated 1.67 million people.

This was based on the 2019 National Household Survey on the Patterns and Trends of Drug Abuse by the Dangerous Drugs Board. In the same survey, current user prevalence rate has also declined to 2.05 percent.

“It shows a clear significant decline which can be attributed to the success of the government’s anti-drug campaign and steadfast priority given by the government to create drug-free communities under the current administration,” the DDB said in a statement.

The DDB is the top policy-making and strategy-formulating body of the government in drug prevention and control. It based its claim of victory on the earlier pronouncements of President Duterte that there were four million drug users in the country.

Duterte still has not publicly disclosed where he got the four million figure, but the DDB insisted that these were based on intelligence information and figures from law enforcement operations.

The DDB chose to follow the President’s figure instead of its own 2015 commissioned Nationwide Survey on the Nature and Extent of Drug Abuse in the Philippines, which indicated that there were only 1.8 million users in the country. Drug prevalence in the 2015 study was at 2.3 percent.

How significant is their success?

While there is indeed a decline in the number of drug users when using both data baselines, there are still questions on the extent of the success achieved in the drug war.

If based on the figure given by Duterte, there has been a significant 58.25 percent decrease in the number of drug users.

However, if the 2015 DDB survey is used as the baseline, the decrease is only about seven percent.

According to the DDB, different parameters were used in the 2015 and 2019 surveys, such as proxy indicators and coverage of respondents.

It had a margin error of plus or minus 1.01 percent with a 95 percent confidence level.

The 2015 DDB survey had a confidence level set at 95 percent and plus or minus 0.9 percent margin of error. Five thousand respondents were randomly selected on both the regional and national level. 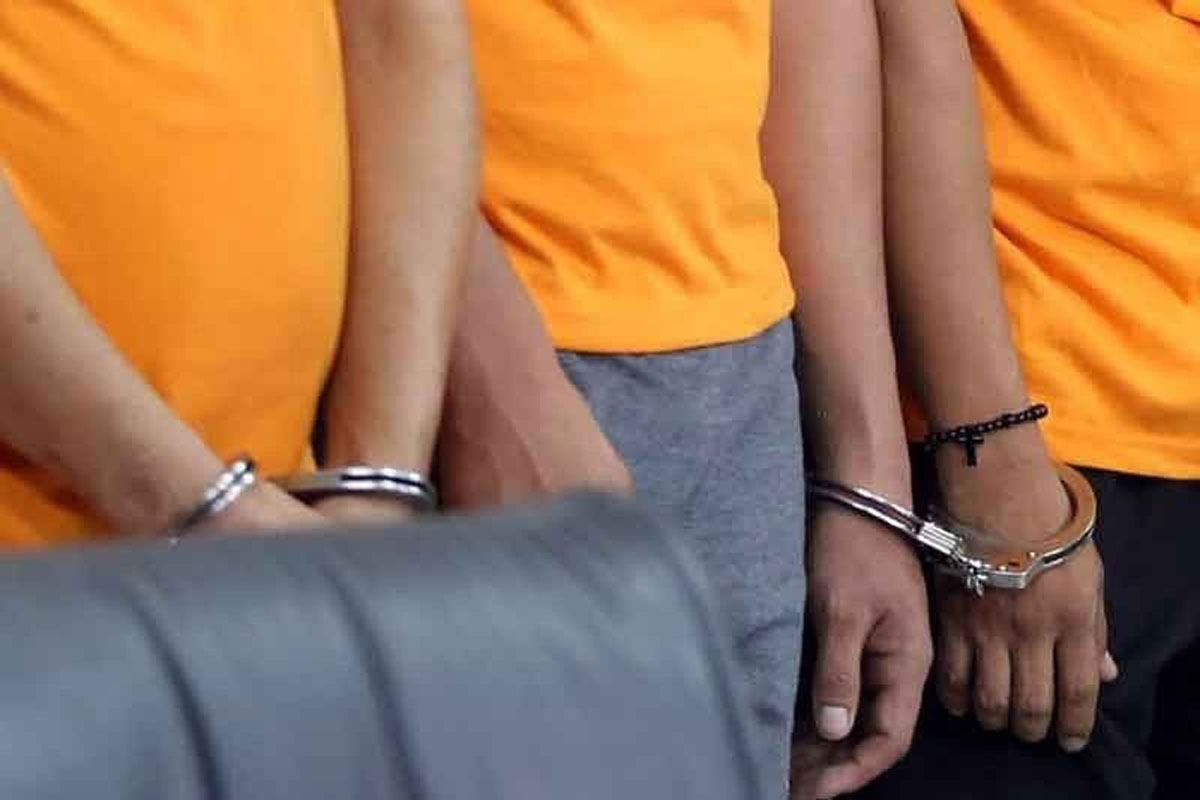 ‘Going against the government’

Two former heads of the DDB were sacked by Duterte for supposedly “going against the government.”

Undersecretary Benjamin Reyes was immediately booted out of office after he cited the 2015 DDB survey. The President said that by citing the survey numbers, Reyes had “contradicted” his statement about four million drug users in the country.

Duterte himself, however, has been citing different numbers in his anti-drug campaign.  He cited three million drug users when he was vying for the presidency, then raised this to four million when he assumed office.

The Real Numbers PH, the official data platform of the war on drugs, has been releasing inconsistent data even on fatalities.

The Duterte administration has reduced the official tally of the people killed in the drug war by about a thousand deaths.

The Philippine National Police initially said that there were over 6,600 drug suspects killed in the first three years of the Duterte administration. The PNP later brought this down to 5,856 fatalities in what it described as legitimate anti-drug operations, according to the latest figures in August.

Former Philippine Drug Enforcement Agency (PDEA) chief Aaron Aquino has admitted to the discrepancies in the drug war data released by officials due to what he described as improper accounting procedures.

Human rights and other groups both here and abroad have strongly condemned the bloody drug war, prompting the PNP to recalibrate its strategy.

Duterte has often threatened to “kill” all drug suspects in the country because they destroy the very “fiber” of the nation. But he has also repeatedly denied ordering their killings amid the drug war. Most recently, on Oct. 5, the 75-year-old President said he has never killed or ordered anyone killed.

Other findings in the latest DDB survey showed that there are an estimated 4.73 million Filipinos who have tried dangerous drugs and substances at least once in their lifetime.

This means that about four out of 100 Filipinos have tried drugs, or a 5.8 percent lifetime user prevalence rate.

The top two drugs of choice of lifetime users are marijuana and shabu, which are also the most recalled dangerous drugs among the respondents.

As to the government’s war on drugs, 65.8 percent said that they were aware of the administration’s campaign. Of this number, 81.6 percent approve of the campaign.

The survey was undertaken by the DDB in partnership with the Department of Social Welfare and Development, Philippine Statistics Authority and i-Metrics Asia Pacific Corp.