The Philippines has allocated P300 billion for a 15-year, three-phased military modernization program to build up a modest credible defense capability and play catch-up with the rest of its Southeast Asian neighbors. 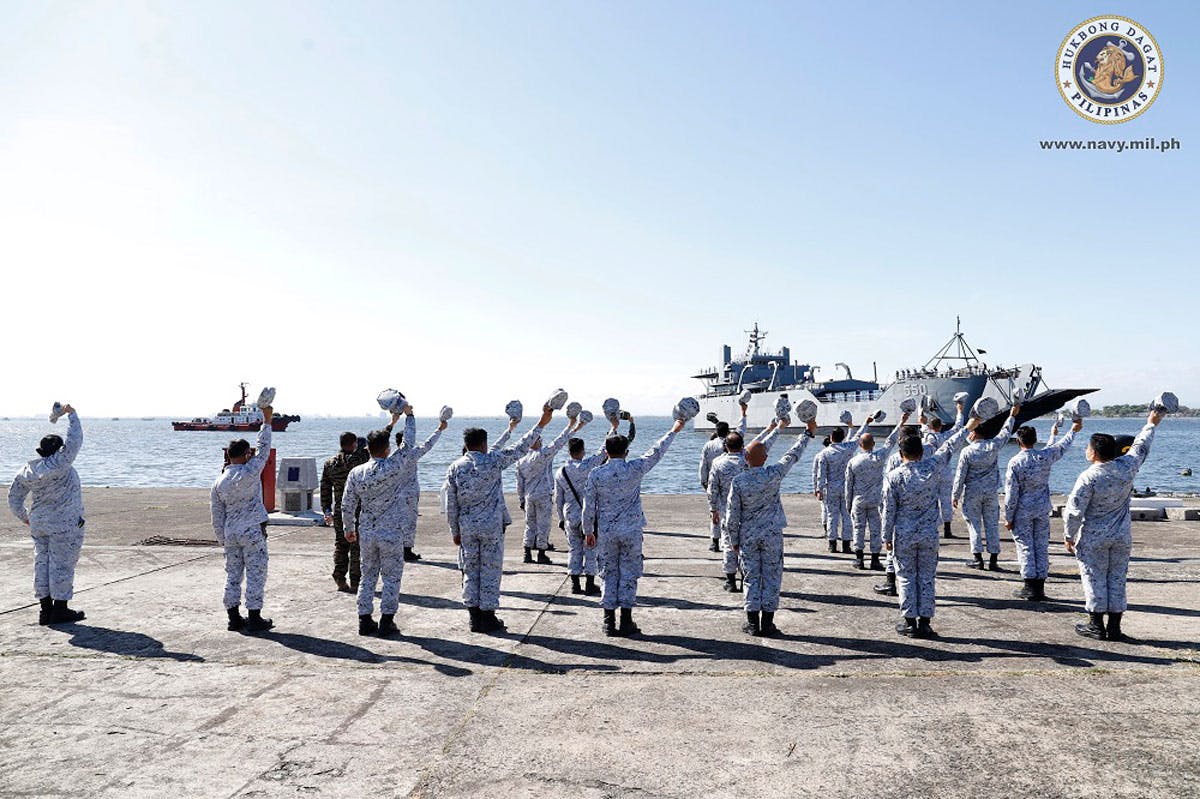 Members of the Philippine Navy send off BRP Bacolod City at Crabba Pier in Sangley Point, Cavite on April 21, 2020. The vessel picked up 23,385 boxes of personal protective equipment bought from China and stacked in containers at Zhangzou Port in Xiamen. Navy photo

The crisis spawned by the coronavirus disease 2019 or COVID-2019 pandemic has delayed the delivery of the country’s most advanced and modern warship from South Korea, the Philippine Navy’s top commander disclosed on Monday, April 27 as other military modernization projects were also stalled by border closures worldwide.

“We have scheduled its arrival at a later date because the inspection team we will send to accept the frigate will have to be placed under quarantine for 14 days when they arrive there,” Bacordo explained.

Another military official familiar with the frigate project confirmed the delay, saying the technical inspection and acceptance ceremony could be done in the Philippines next month.

The second frigate is expected to be delivered on time in September this year, the military official said, adding: “We hope we no longer have the coronavirus crisis by that time.” 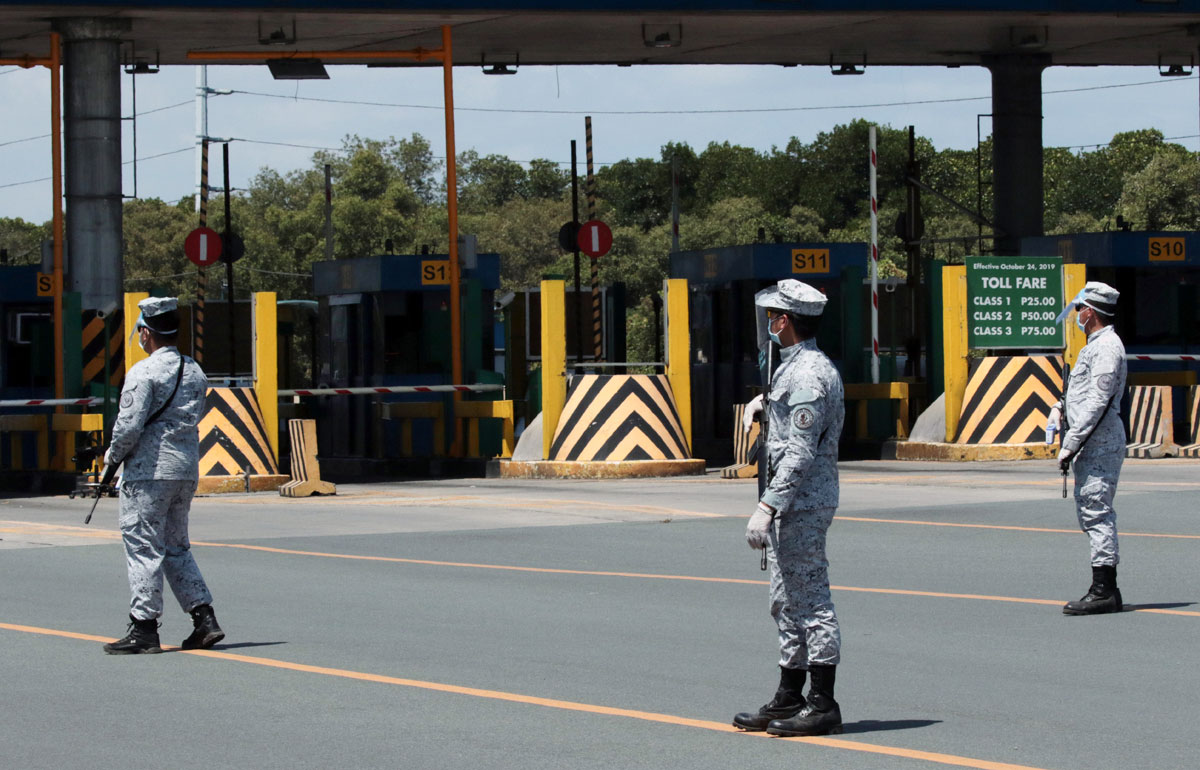 The Philippines has allocated P300 billion for a 15-year, three-phased military modernization program to build up a modest credible defense capability and play catch-up with the rest of its Southeast Asian neighbors.

Security analysts said the need for new, fast and ocean-going warships was highlighted last February when China’s People’s Liberation Army-Navy (PLA-N) warship trained its guns on the South Korea-donated Philippine corvette BRP Conrado Yap, which is on patrol in the South China Sea.

The Conrado Yap, another anti-submarine warfare ship, is among the few Navy ships that can stay at sea for longer than two weeks to conduct sovereignty patrols in the country’s territorial waters.

The other capable vessel, BRP Ramon Alcaraz, has been deployed to the Middle East with the BRP Davao del Sur to repatriate overseas Filipino workers in Iraq after a tense standoff between the US and Iran in January.

Bacordo and the other military official, who declined to be named for lack of authority to speak on the matter, both said the pandemic has already impacted the military’s security operations as well as modernization program.

“We did not have programmed funds for the coronavirus response activities so we have huge challenges,” Bacordo said.

He added that the funds for joint military exercises that were cancelled due to the pandemic were re-programmed to help finance military operations supporting the national government in coping with the public health crisis.

As of Monday, the Philippines had recorded 7,777 COVID-19 cases, with 511 people dying and 932 recovering from the highly contagious respiratory disease. 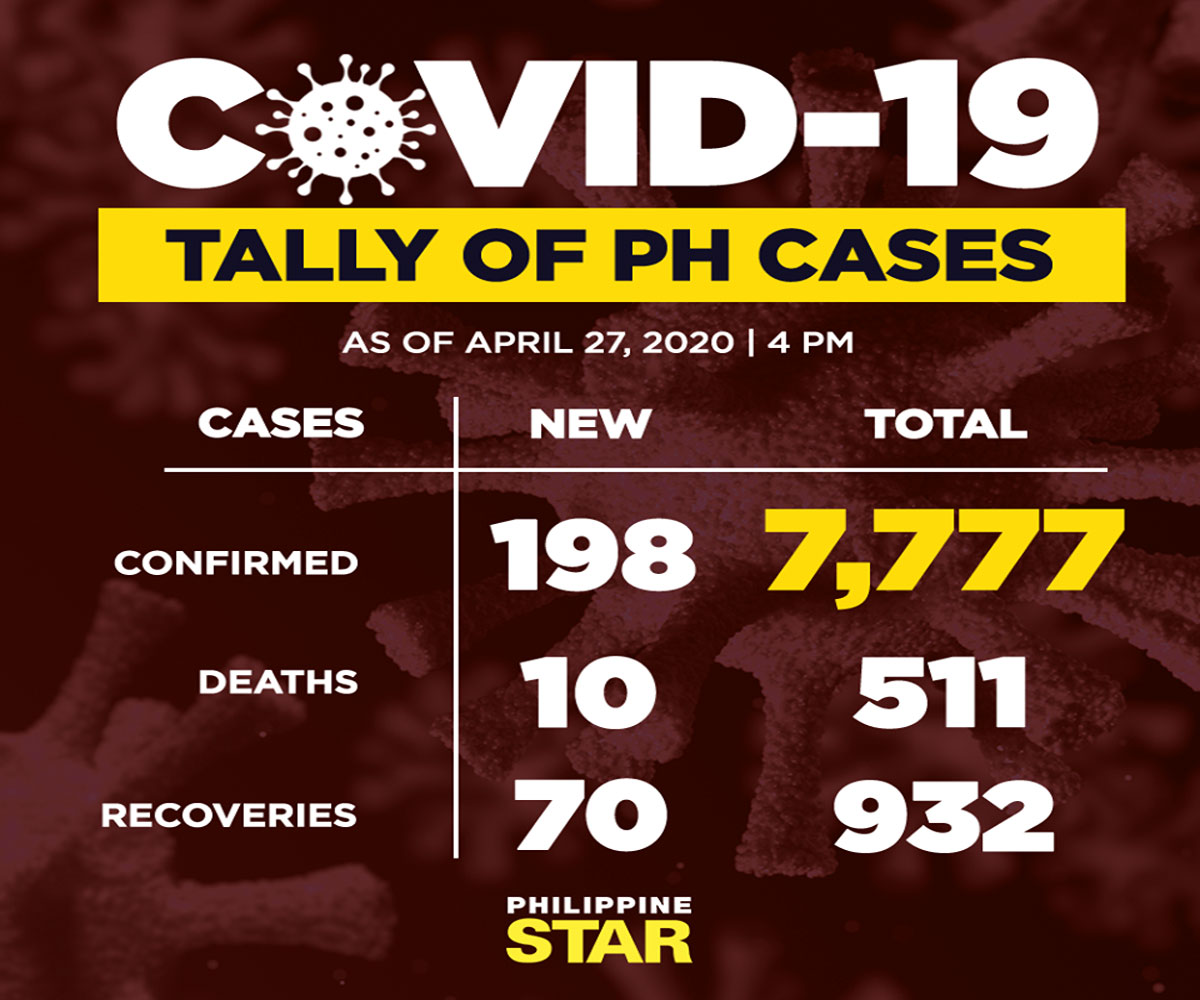 Globally, the virulent pathogen has sickened nearly three million people in 215 countries and territories and killed more than 200,000 people. Roughly 30 percent of the infected got well, according the World Health Organization.

An Army colonel said the defense department’s plan to acquire two batteries of BraHmos missiles from India under a government-to-government agreement was also put on hold.

“The contract for the missile system was supposed to be signed this month, but we really don’t know why this was called off,” the Army colonel said. “I can only speculate that the coronavirus was also the cause of the delay.”

Before the enhanced community quarantine (ECQ) was imposed to prevent the spread of COVID-19, the Army had signed and awarded a contract to an Israeli company to supply 155mm self-propelled howitzers to boost the ground troops’ firepower capability.

The Army colonel said about 15 percent of the 100,000-member ground forces have been committed to support the ECQ, deploying them in key cities and urban areas to man roadblocks and checkpoints.

The Navy has redeployed a Marine battalion in Metro Manila and dozens of Air Force personnel were also tasked to help the police enforce the ECQ that was extended until May 15. 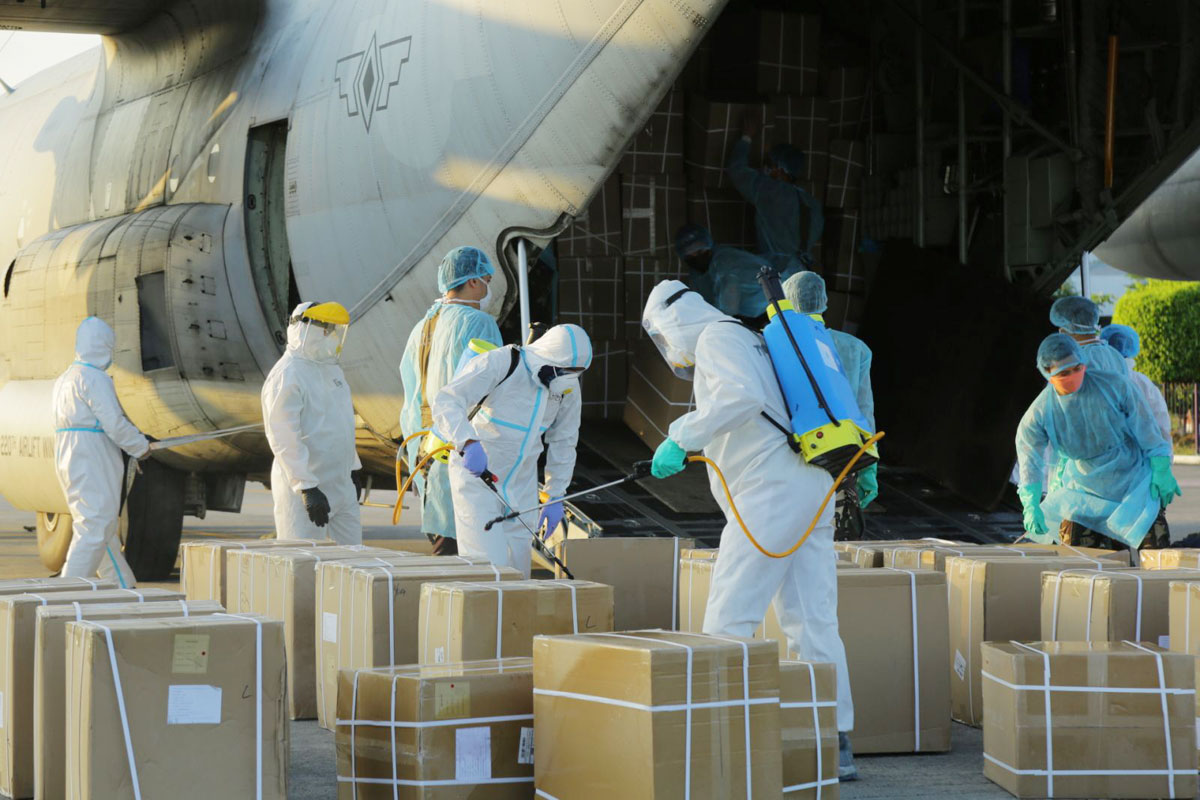 Nearly 3,000 Army soldiers, Marine officers and airmen have been deployed in the National Capital Region while Air Force planes and Navy ships have been used to transport medical supplies and equipment to the provinces, returning to Manila bringing swab samples for testing at the Research Institute for Tropical Medicine.

A Navy logistics ship, BRP Bacolod, was sent to Xiamen, China to pick up more than 23,000 boxes of personal protective equipment, which the Philippines procured from China for P1.2 billion.

Part of the one million sets of PPE was brought home from Xiamen by Air Force C-130 planes, which have made 10 sorties since late March.

“We are focusing on humanitarian assistance and disaster relief operations to assist the health department and the national police cope with government’s COVID-19 response,” the Army colonel said.