‘Chinese Fish Catch Reaching Up To P300 Billion A Year’

The Agrifisheries Alliance and Sen. Francis Pangilina warn that fish shortage looms and the country’s food security is threatened if the Chinese vessels continue to stay in the West Philippine Sea. 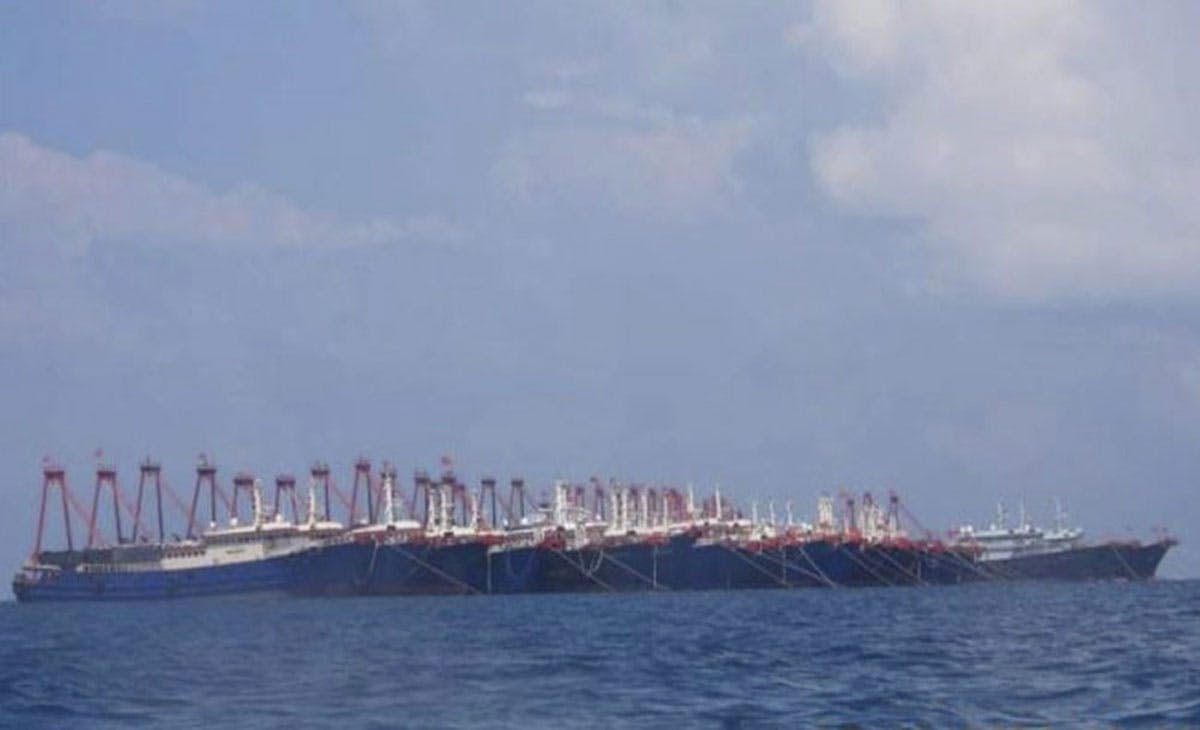 The Agrifisheries Alliance (AFA) has called for the immediate withdrawal of the Chinese maritime militia vessels from the West Philippine Sea, joining the business  groups in supporting the position of the Department of National Defense and the Department of Foreign Affairs.

“Our call is based on the principles of sovereignty, food security and livelihood that are critical for our agriculture and fisheries sectors,” the group said in a statement dated April 15.

For sovereignty, AFA said “it is clear that the unwanted Chinese military presence  violates  the Philippine jurisdiction over our 370-kilometer exclusive economic zone (EEZ).”

The group said this was definitively decided in the 2016 arbitral ruling based on the  United Nations Convention on the Law of the Sea or UNCLOS.

For livelihood, AFA noted the Chinese had been “threatening us in our own seas  by using  water cannons, ramming our small boats (including the sinking of  the fishing boat Gem-Ver 1 in the Recto Bank in 2019), and authorizing the Chinese Coast Guard  to fire on our vessels within our EEZ.”

The stakeholders across the different sectors of agriculture strongly protested  the  illegal and threatening  presence of the Chinese maritime militia vessels in Julian Felipe Reef and other parts of the West Philippine Sea.

“Our cherished principles of sovereignty, food security, and livelihood are violated by their continued illegal stay,” AFA said.

Sen. Francis Pangilinan also warned a fish shortage may strike the country if Chinese presence remains in the traditional Filipino fishing grounds in the WSPS.

“We already have a pork shortage problem. Let’s not allow a fish shortage because for sure it will raise fish prices,” Pangilinan said.

“If food prices soar higher, we not only will be heartbroken, we’ll also experience hunger pangs,” he added.

Zambales fisherfolk on Saturday, April 17, blamed their dwindling catch to the presence of at least 20 Chinese vessels anchored around 111 kilometers from San Antonio, Zambales.

According to the fishermen, they usually earn as much as P4,000 per fishing trip but they are now coming back almost empty-handed due to the scarcity of their catch.

Pangilinan, one of the proponents for the creation of a Department of Fisheries and Aquatic Resources that aims to better manage the Philippines’ vast marine territory, urged the government to take immediate action against the twin threats of territory encroachment and fish shortage.

“As early as now, we should heed the warning of our fishermen on the issue of their dwindling catch. We are glad that the DFA takes this into ac-count in their diplomatic protests,” he said.

The senator said the Bureau of Fisheries and Aquatic Resources should also step up and provide necessary support to Filipino fishermen.

The Department of Agriculture as a whole must prepare for contingency to avoid a fish shortage, he said.

“In this situation, China is not only violating our sovereignty, it is also robbing us of income and food. Small-scale farmers and fishermen are always on the losing end. They are the poorest and almost always taken advantage of,” Pangilinan stressed.

Economist Solita Monsod has warned that China is potentially profiting by P6 billion dollars a year from fishing in Philippine territorial waters.

According to Monsod, the presence of some 270 Chinese fishing boats in Subi and Mischief Reefs, as well as in the Scarborough Shoal and Spratlys, could have potentially netted three million metric tons of cumulative catch for China.

While the Philippine Coast Guard said that the area is an international nautical highway where foreign vessels frequently pass, Zambales fishermen reported that the Chinese vessels remain stationary and have been there for four months now.

Pangilinan said the government must learn from the African swine fever (ASF) debacle and go to the root cause of the problem.

“What happened in ASF because our border controls were not properly enforced? Because of loose controls, ASF entered our territory. Now, the incursion is blatant. If the West Philippine Sea is not properly guarded, we will lose our marine wealth,” he added.

Two separate diplomatic protests against China were filed on April 13 as the National Task Force for West Philippine Sea reported that a conservative total of 240,000 kilos of fish is poached for each day Chinese fishing vessels remain in WPS.