Officials warn that Taal Volcano’s unrest could last for three days and up to seven months, which could disrupt the lives of tens of thousands of people living near one of the country’s most active volcanoes. 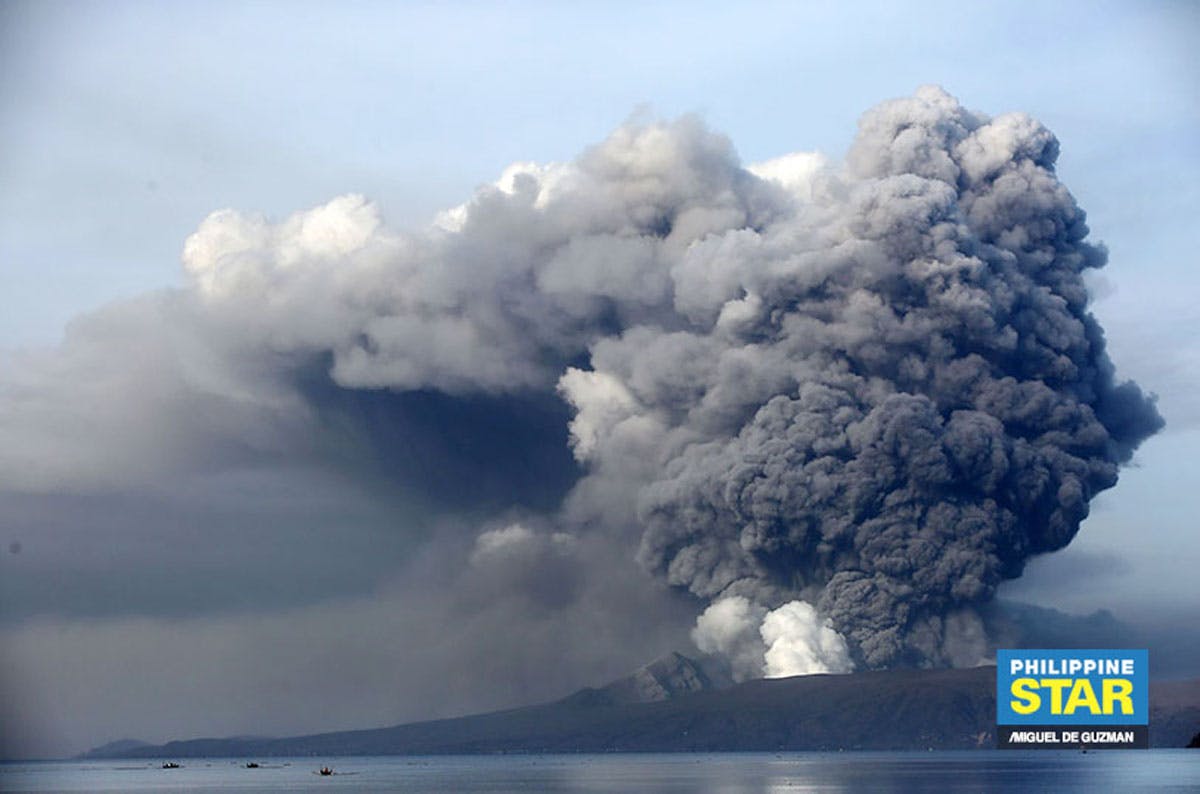 Fishermen and their boats are dwarfed by the eruption columns – a cloud of super-heated ash and tephra or rock fragments and particles – from Taal Volcano yesterday, Jan. 13, 2020. Photo by Miguel de Guzman, The Philippine STAR

Taal Volcano’s captivating craters and waters should have served as a reminder of its long history of destructive activity. Yet it caught the Calabarzon region by surprise when the volcano began to spew ash and showed signs of an imminent eruption for the first time in 43 years.

In just less than a day, the Philippine Institute of Volcanology and Seismology (Phivolcs) had to raise the alert level around the volcano from 1 to 4, which entails a danger so serious that authorities have called for a “total evacuation” of Volcano Island and areas within 14 kilometers of the main crater.

According to Phivolcs’ bulletin as of 8 a.m. yesterday, Alert Level 4 remains raised over the volcano. This means “hazardous explosive eruption is possible within hours to days.” Within the 14-kilometer radius are areas at high risk of “pyroclastic density currents” and “volcanic tsunamis.”

Aside from possible volcanic tsunamis and lahar, Phivolcs also warned that Taal’s unrest could last for three days and up to seven months, which could disrupt the lives of tens of thousands of people living near one of the country’s most active volcanoes.

What these dangers are may be explained by the nature of Taal’s crater lake, which sustains the livelihood of fisherfolk and attracts tourists, but is also what makes the volcano particularly dangerous.

The lake itself is actually a caldera—in other words, Taal used to be a larger volcano until much of it collapsed and left a sinkhole that eventually filled with rainwater. The Taal Caldera, which measures 25 kilometers across, is estimated to have been formed as a result of four destructive eruptions sometime between 140,000 and 5,380 years ago.

The presence of water gives rise to the possibility of “volcanic tsunamis.” As the lake floor rises and rumbles due to the movement of magma beneath the Earth, the water above it gets disturbed and rocked about – like a full mug held by shaky hands – forming huge waves that swamp the nearby shores. 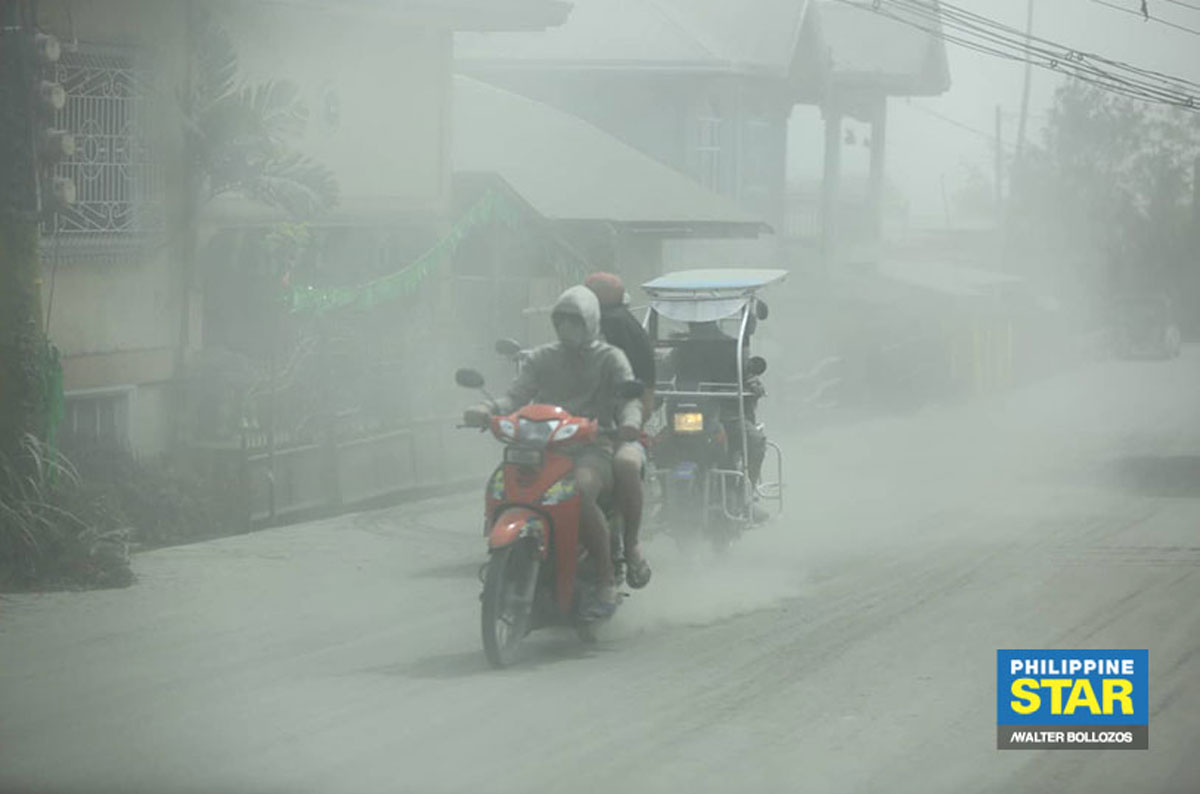 Such tsunamis may also be caused when water gets displaced as a result of landslides, debris avalanches, or “pyroclastic density currents” or PDCs that rush down the volcano’s slopes and fall into the lake. PDCs, as differentiated from landslides or rockslides, refer to the flow or surge of volcanic particles, hot gases and ash.

Areas beyond the 14-kilometer radius, especially those north of Taal Volcano, would still have to watch out for the effects of heavy and prolonged ashfall, as volcanic particles are blown into the air. Phivolcs also warned aircraft to stay away from the airspace surrounding the volcano to avoid airborne ash and ballistic fragments – or large volcanic bombs seemingly shot upwards like bullets.

The restiveness of the volcano also leads to swarms of small earthquakes.

Phivolcs recorded a total of 144 volcanic earthquakes in Taal since Sunday, with intensities ranging from 1 to 5 in Tagaytay City as well as Alitagtag, Lemery, Santo Tomas and Talisay in Batangas.

The situation in the volcano intensified rather quickly. All active volcanoes in the country, with the notable exception of Mount Mayon in Albay, are under Alert Level 1, indicating low-level seismic and fumarolic activity (pertaining to the movements of the Earth and the emission of steam and volcanic gases) and the absence of an imminent eruption. This was also the case for Taal – until 2:30 p.m. last Sunday.

At that point, Phivolcs raised the alert status to Level 2 because of an increased level of steaming and seismic activity and carbon dioxide emission as well as ground deformation. Phreatic activity was taking place – in other words, groundwater under the volcano was being heated by magma. 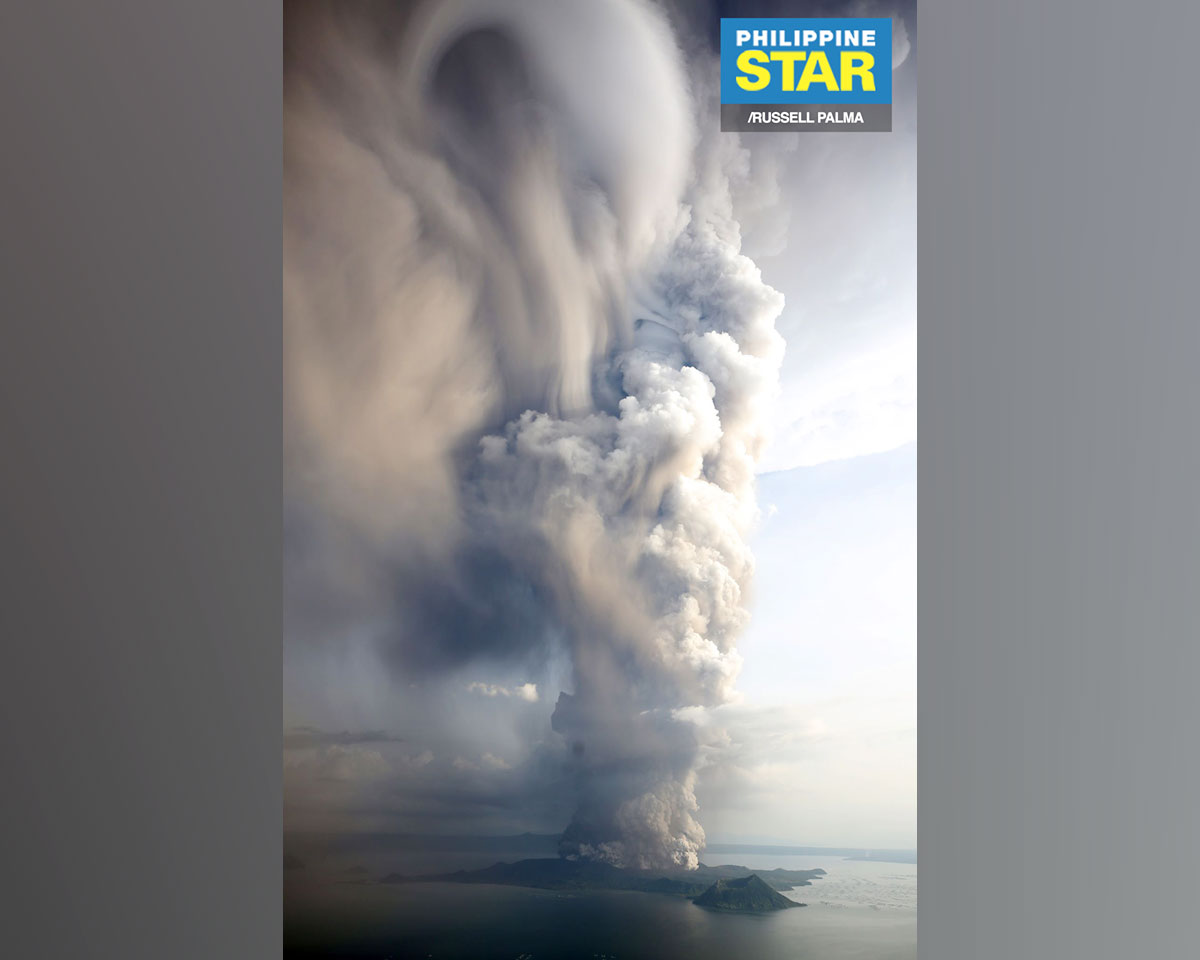 Merely an hour and a half later, Phivolcs on Sunday, 4:00 p.m., raised the alert status to Level 3 because the main crater had escalated its eruptive activity and generated an eruption plume – a cloud of tephra, volcanic particles and gases rising above the volcanic vent – that rose one kilometer high. Phivolcs began warning about possible hazards of PDCs and volcanic tsunamis and strongly recommended evacuation at this point.  Finally, Alert Level 4 was raised at 7:30 p.m. on Sunday.

This is just one step away from the worst danger level – Alert Level 5 – meaning a hazardous eruption is in progress and base surges of volcanic particles are accompanied by eruption columns, lava fountains or lava flows.

Taal Volcano – with all of its 47 craters and four maars (craters formed when groundwater gets in contact with magma) – never disappeared from the radar of scientists. In the 1990s, the International Association of Volcanology and Chemistry of the Earth’s Interior (IAVCEI) identified it as one of the 16 Decade Volcanoes worthy of study in light not just of its history of large eruptions but also because of its proximity to populated areas—in this case, the country’s economic hubs of Calabarzon and the National Capital Region.

To address the danger, scientists worked with regional planners to limit high-density development within the Taal Caldera, without discouraging industrial, agricultural and tourism development outside the caldera.

There have been a total of 33 known eruptions of Taal between the first historically recorded event in 1572 and the most recent in 1977. The volcano remained restive in intervening years. What’s certain is that, as shown by the six-month eruption of 1754, Taal Volcano could be capable of much worse – possibly blanketing Manila in ash and shutting down international aviation operations or even causing liquefaction that crumbles the soil under the municipalities surrounding the volcano.

“If we look at the historical eruptions of Taal, it could be as short as three days like in 1911, wherein the magmatic phase occurred from Jan. 27 to 30, 1911. Or it could last for seven months like the 1754 eruption,” said Mariton Bornas, chief of the Phivolcs’ Volcano Monitoring and Eruption Prediction Division. Other reports said the eruption lasted for six months.

Apart from volcanic tsunami and lahar, fissuring, landslides and ground liquefaction are also possible, according to Bornas.

Generation of lahar is likely in an area of Laurel, Batangas, Bornas said.

“The rivers are larger there. In other parts of Taal, the slope is steep so it’s hard for debris to accumulate. But in this side of Laurel, there’s a plain there and bigger drainage of the rivers that could generate lahar,” she added. 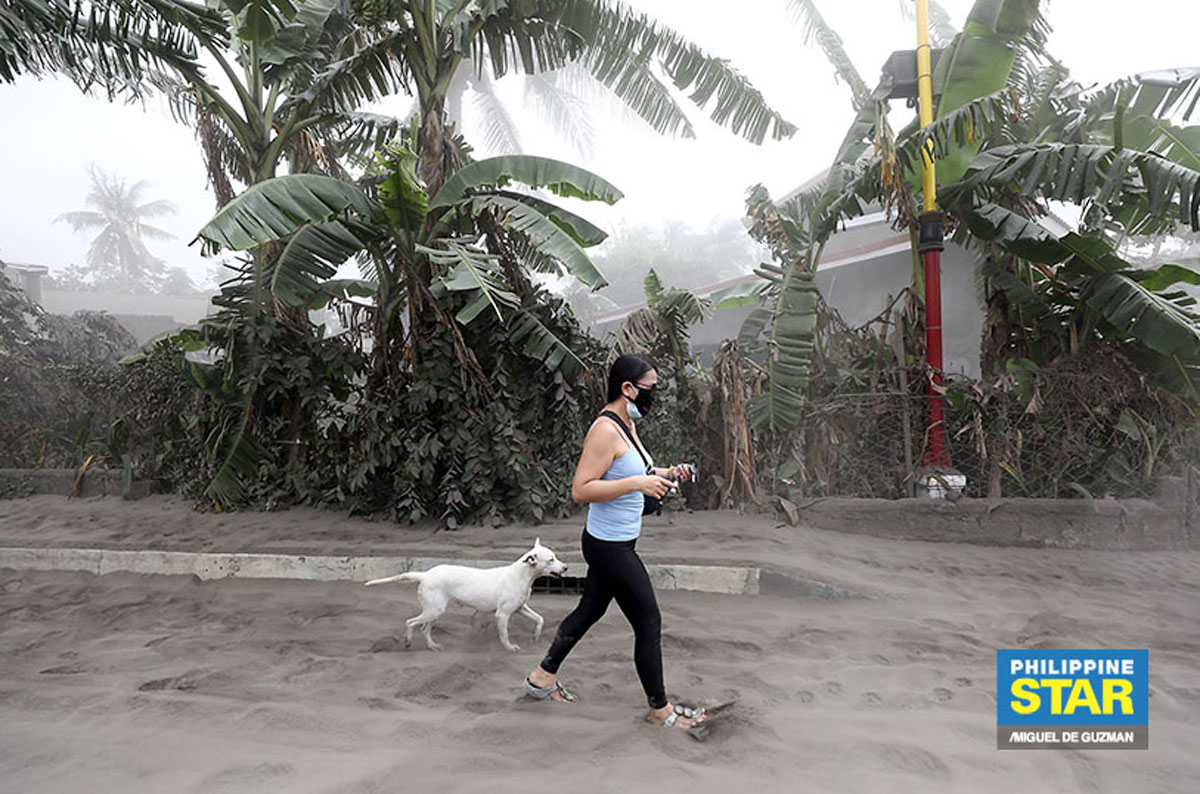