Along with the convenors and members of the 1Sambayan coalition, the people may participate in the online selection of candidates to be fielded against those from the administration and other bets in 2022 starting June 12, Independence Day. 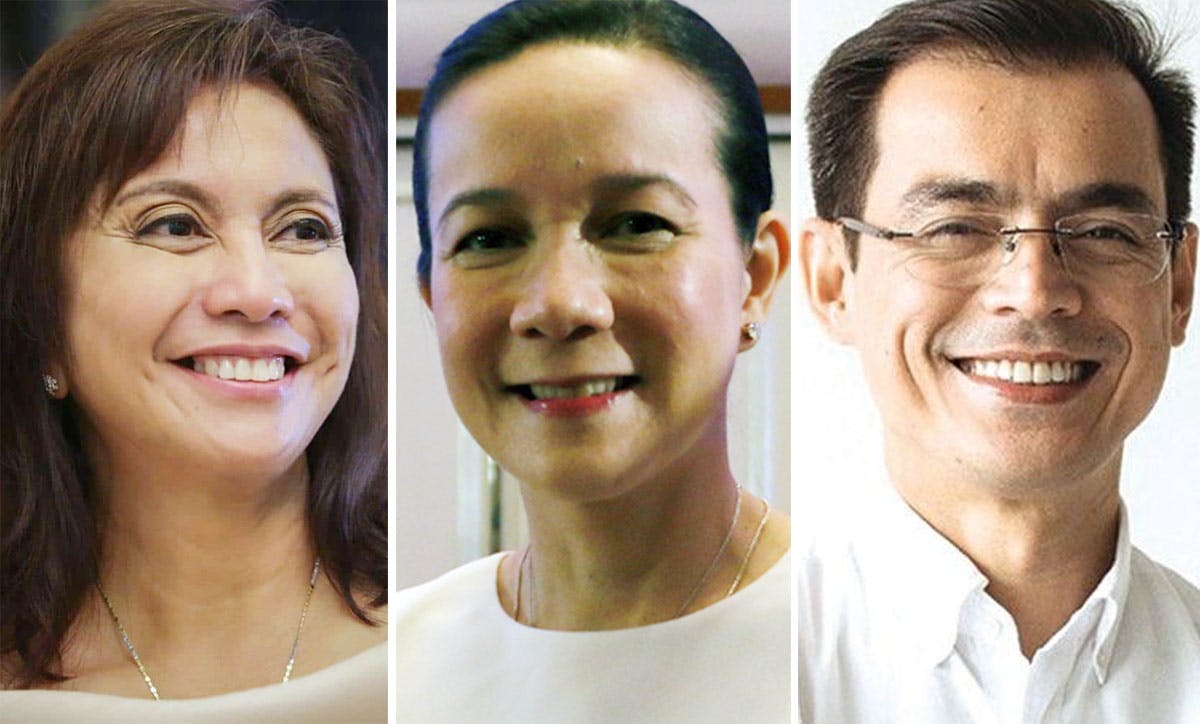 A combination of photos shows Vice President Leni Robredo, Sen. Grace Poe and Manila Mayor Isko Moreno, who are among those being considered to run under a unified opposition in next year’s general elections.

UPDATED: The 1Sambayan coalition will launch the online selection of its candidates for the 2022 general elections on June 12, coinciding with the celebration of the country’s Independence Day.

Lawyer Howard Calleja, one of the 1Sambayan convenors, told The Philippine STAR / OneNews.PH in an online interview on Tuesday, May 25, that the public, along with the convenors and members of the coalition, may choose the candidates that they want to be part of the unified opposition that will go against the administration bets in next year’s polls.

The online poll, however, is only part of the process of choosing the coalition’s candidates for president, vice president and 12 senators, Calleja said.

By June 12, Calleja said “we can complete our list of nominees (consisting of) maybe seven names.”

The link of the 1Sambayan portal will be uploaded during a program and presentation of candidates.

The coalition, he noted, is inclusive and open to those who are willing to join the process and respect its outcome.

“Everybody will have a preference,” Calleja explained, but all the possible candidates to be included in the selection process will be on equal footing.

Calleja said they will also study the track record of those in the list as well as their character, among other criteria. “Honest ba siya o joke, joke lang?” he noted.

“All of that will be taken into consideration” Calleja stressed. “Nobody will have an advantage, everybody will be vetted, go through a transparent process.”

Calleja disclosed the coalition’s membership has grown to 50 organizations from more than 20 during its launching in March. He said some are also coalitions or umbrella organizations, thus giving 1Sambayan more members to rely on.

A virtual general assembly of the coalition members was held on Monday, May 24 (not May 14 as earlier reported).

Asked about the chances of the coalition’s bets when pitted against those from the administration, Calleja believes they can be strong as the coalition is not a traditional opposition.

Calleja described 1Sambayan as “new coalition” that was able to forge ties with various groups that previously did not think of having a “united front.”

“So 1Sambayan was successful in forging and making this united front and putting all of these groups together,” he said, adding 1Sambayan is on the right track into forming a big alliance.

“We understand that it’s a tough challenge but I think if we are united and we succeed to bring this unity coalition for an alternative and single candidate for president, vice president, and senators, we are confident we will get not only a win but the majority of the votes come May 2022,” Calleja noted.

Calleja does not think the administration already has a strong candidate for the 2022 polls.

“Wala namang malakas eh, sa tingin ko kapag nag-unite kami, kami ‘yung malakas (in my view, if we unite, we will emerge to be the force to reckon with),” Calleja said.

Every Wednesday and Saturday, Calleja also disclosed that they hold town hall meetings involving various sectors to tackle the various issues needed to be pushed  during the elections. He said these town hall meetings can be viewed on their Facebook page.

He expressed confidence that the coalition will be able to come up with a “consensual, very exhaustive  and very in-depth platform of government for the Filipino people” after the town hall meetings.