The government has identified Metro Manila as the epicenter of the outbreak and placed it under extended enhanced community quarantine along with other cities and provinces. 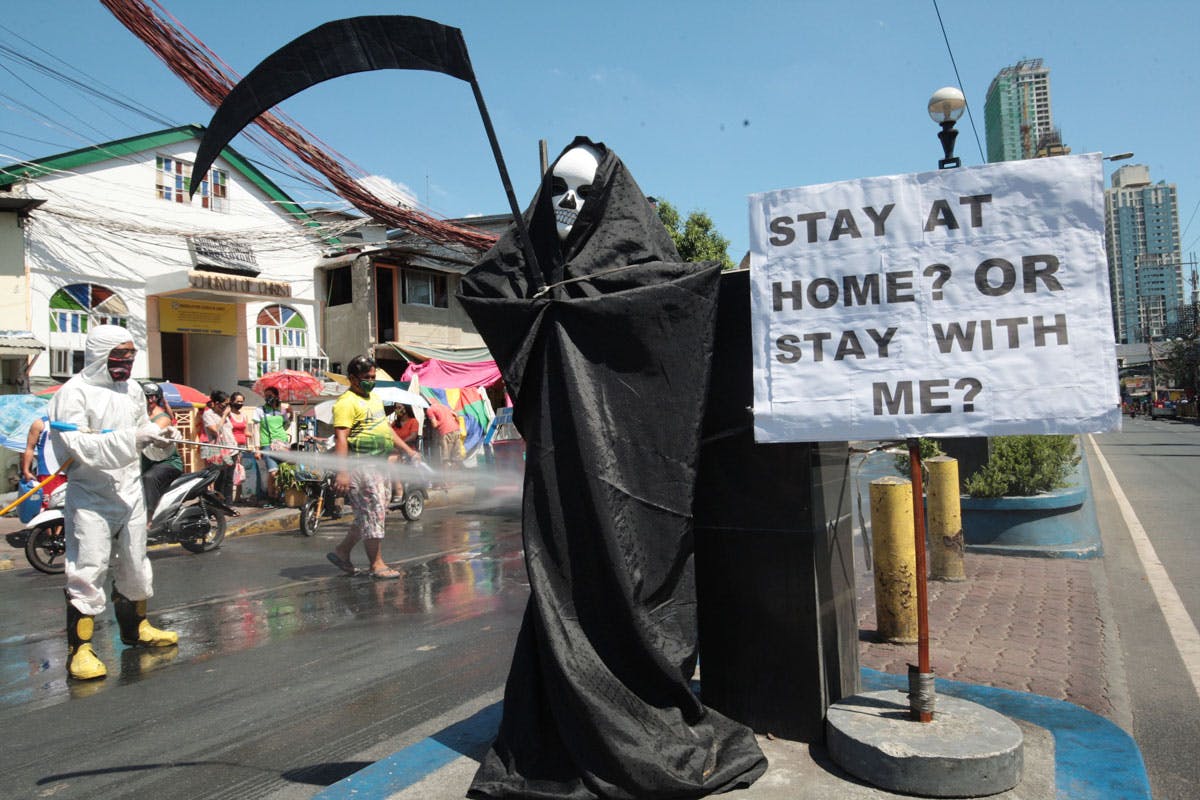 An image of an angel of death is displayed on April 3, 2020 in Barangay Addition Hills in Mandaluyong City, the area with the most number of coronavirus disease 2019 cases in Metro Manila, to push people to stay at home as precautionary measure against the COVID-19 outbreak. Photo by Michael Varcas, The Philippine STAR

Metro Manila accounts for 67 percent of the 8,928 confirmed cases of coronavirus disease (COVID-19) recorded by the Department of Health.

DOH Situationer Report No. 006 on COVID-19 showed that the National Capital Region, home to more than 12 million people, accounted for 6,008 of the 8,928 cases tallied as of May 3. The three NCR barangays with the most number of cases are Addition Hills in Mandaluyong City with 55, Tandang Sora in Quezon City with 52 and San Antonio in Parañaque with 50.

On the positive side, the DOH reported that there are 41 provinces “without COVID-19 cases in two weeks” or from April 18 to May 2.

According to the DOH, it is still “too early to tell” whether the Luzon-wide enhanced community quarantine or ECQ that was imposed beginning March 17 is effective in curbing the epidemic.

Some of the fatalities had hypertension and diabetes. The average length of stay in the hospital of those who recovered was 18 days.

Based on the report, 1,056 individuals are asymptomatic, with 297 of them confined in hospitals, while 492 are undergoing home isolation.

On the other hand, a total of 6,051 individuals have had mild symptoms, with 2,272 of them admitted in hospitals while 665 of them were isolated at home.

According to the DOH, 60 patients are in severe condition or suffering from pneumonia and difficulty of breathing.  Twenty-five others are critical or were intubated.

Citing data from the Department of Foreign Affairs, the DOH said there were 1,741 overseas Filipino workers who have contracted COVID-19.  A total of 207 have succumbed to the virus while 465 have recovered.

The DOH reported that as of May 2, most cases of infected Filipino migrant workers were in Japan at 124, followed by Malaysia with 108, Singapore with 74, and Italy and Hong Kong with 29 each.

There are 101 cases in other countries. 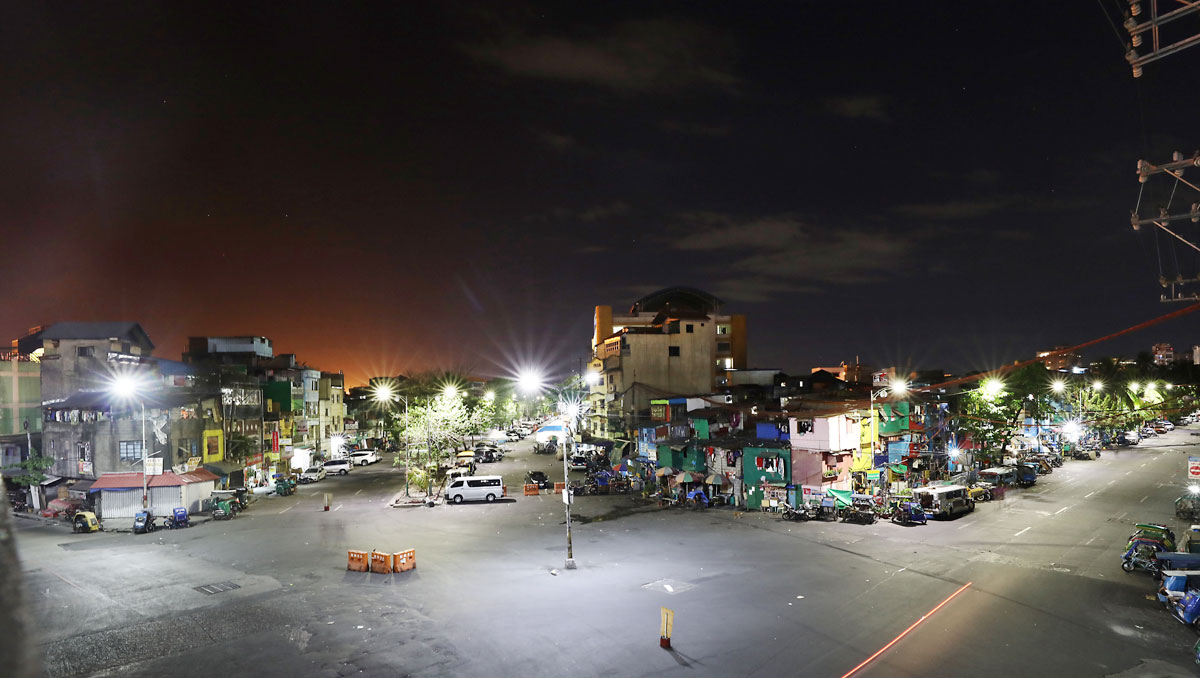 Presidential peace adviser Carlito Galvez Jr., the chief implementer of the National Action Plan on COVID-19 crisis, said the ECQ in Metro Manila must be further extended because it has been classified as the epicenter of the outbreak.

The ECQ was initially projected to last until April 13, but as COVID-19 cases continued to increase, this was extended until April 30 and then May 15.

In a press briefing on Monday, May 4, presidential spokesman Harry Roque said the decision on whether to ease the restrictions in Metro Manila would be based on science and the data on coronavirus disease 2019 or COVID-19 cases.

According to Roque, it is still speculative to assume that Metro Manila would be placed under the more relaxed general community quarantine or GCQ after May 15. However, he said some areas might have to remain under ECQ including portions of Quezon City and Manila that had been placed under hard lockdown.

“There is no decision yet on what will happen on May 15. The decision is based on science and on our economy. While our capacity to provide medical attention to those who will get sick is not sufficient, the ECQ may not be lifted,” Roque explained.

He issued the statement after the Interior Undersecretary Jonathan Malaya said there are strong indications that Metro Manila could “graduate” to a GCQ after May 15.

“It’s still speculation. We are just in the fourth day of the two-week extension. We will look at the data, science and economy,” Roque commented. 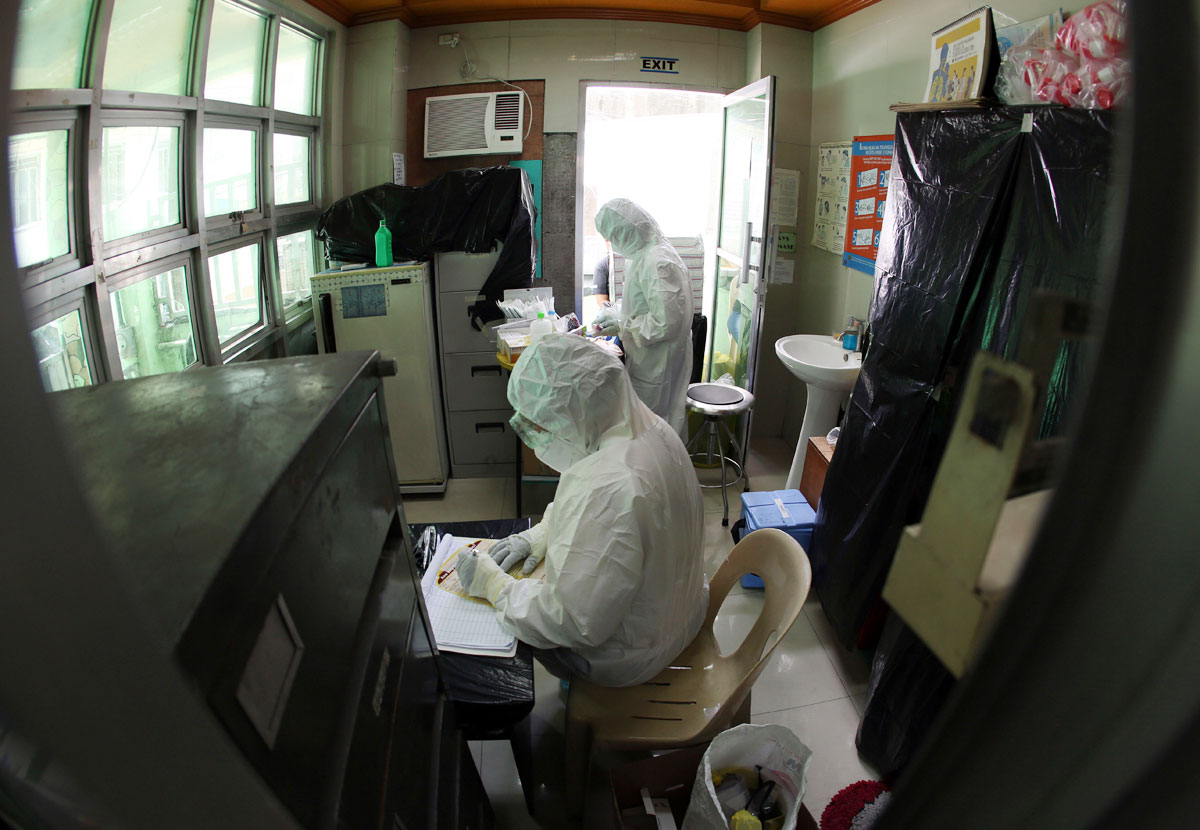 He said the government would balance the need to contain COVID-19 and revive the livelihood of residents sidelined by the quarantine.

“We will make sure that everyone who gets sick will be given medical attention because until now, there is no vaccine,” Roque said.

Roque said the government would continue to increase its testing capacity to get a more accurate picture of the COVID-19 cases in the country.

He announced that Bases Conversion and Development Authority  (BCDA) president Vince Dizon has been named T3 or “test, trace and treat czar” to increase the testing capacity in both the government and private sector.

Officials earlier stressed that the ECQ was necessary to flatten the curve or ensure that COVID-19 cases would remain at manageable levels so as not to overwhelm the health care system and allow governments to ease quarantine measures or lockdowns.

In a press conference also on May 4, DOH Undersecretary Maria Rosario Vergeire announced that four “mega-swabbing centers” would be opened by the BCDA in Metro Manila and Bulacan next week to strengthen the country’s testing capacity.

Vergeire said these centers could conduct about 5,000 tests per day so the government is hopeful of achieving the targeted 30,000 tests daily by May 30.

To protect health care workers from the virus, she said the Department of Science and Technology manufactured 132 specimen collection booths that were distributed to 80 health care facilities nationwide. More laboratory encoders have also been dispatched to speed up the processing and documentation of test results. – With Alexis Romero