A barangay official refused to let a Grab delivery rider pass through a checkpoint in Bulacan after insisting that lugaw or porridge was not an essential good that could be delivered under enhanced community quarantine. 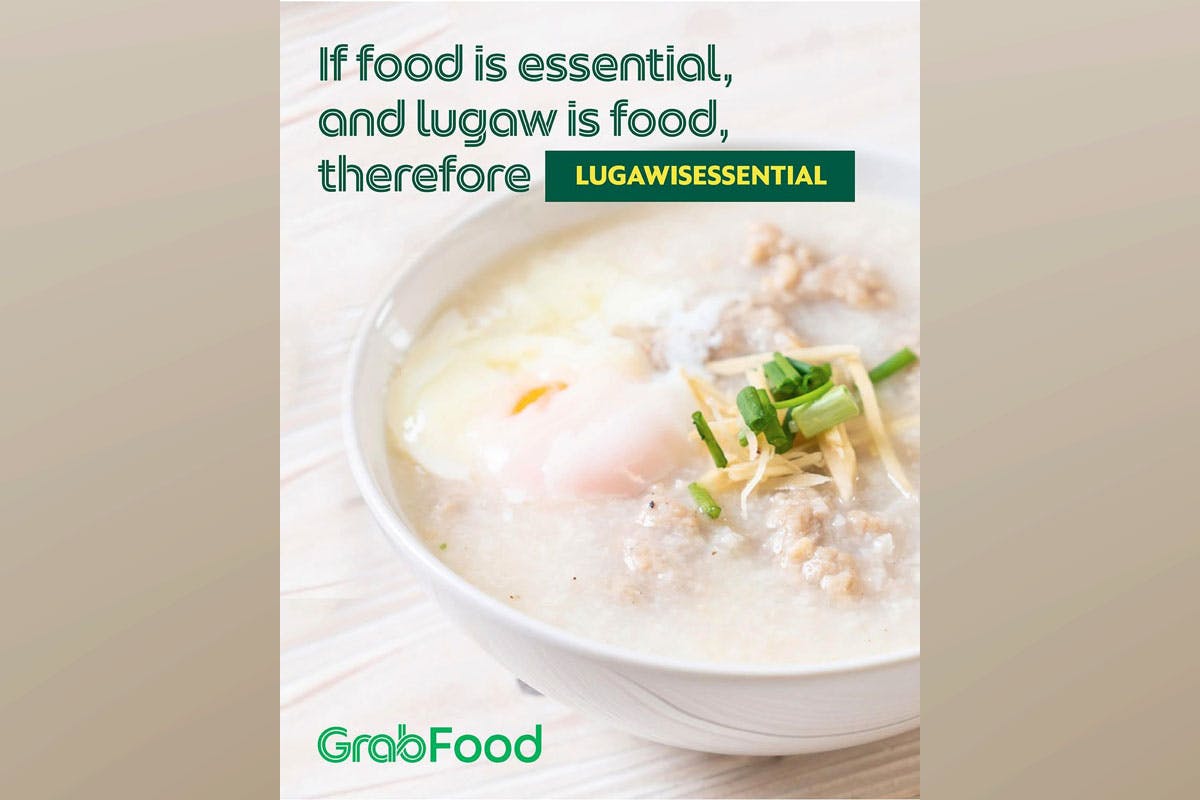 A video of a Grab delivery rider and a barangay official arguing over whether “lugaw” or porridge was an essential good and should be allowed to be brought to the customer who ordered it went viral on Wednesday, March 31.

This was after netizens found the argument that porridge was not an essential good – even if it is food – that should be delivered even under lockdown to be nonsensical. The government’s rules and regulations were also hit for being confusing, and critics said the incident was an example of this problem.

Under the guidelines, “strict home quarantine shall be observed in all households, and the movement of all residents shall be limited to accessing essential goods and services, and for work in permitted offices or establishments as well as activities” listed by the Inter-Agency Task Force for the Management of Emerging Infectious Diseases as the National Capital Region, Laguna, Cavite, Bulacan and Rizal or NCR Plus were placed under enhanced community quarantine (ECQ) from March 29 to April 4 due to the surge in COVID-19 cases.

In the Facebook Live video posted by Grab delivery rider Marvin Ignacio, the official from Barangay Muzon, San Jose Del Monte, Bulacan also insisted that the 6 p.m. to 5 a.m. curfew hours must be observed though food deliveries are allowed 24/7 under the IATF guidelines.

The incident also turned political as the controversial barangay official used the term “si lugaw” instead of “ang lugaw.”

Critics of Vice President Leni Robredo have called her “Leni Lugaw” ever since photos of her campaign team selling porridge spread online during the 2016 elections to help raise funds for her.

In an interview with “Sa Totoo Lang” on One PH on Wednesday night, Department of the Interior and Local Government Secretary Epimaco Densing III said “si lugaw” is really non-essential. His comment also went viral on Facebook. 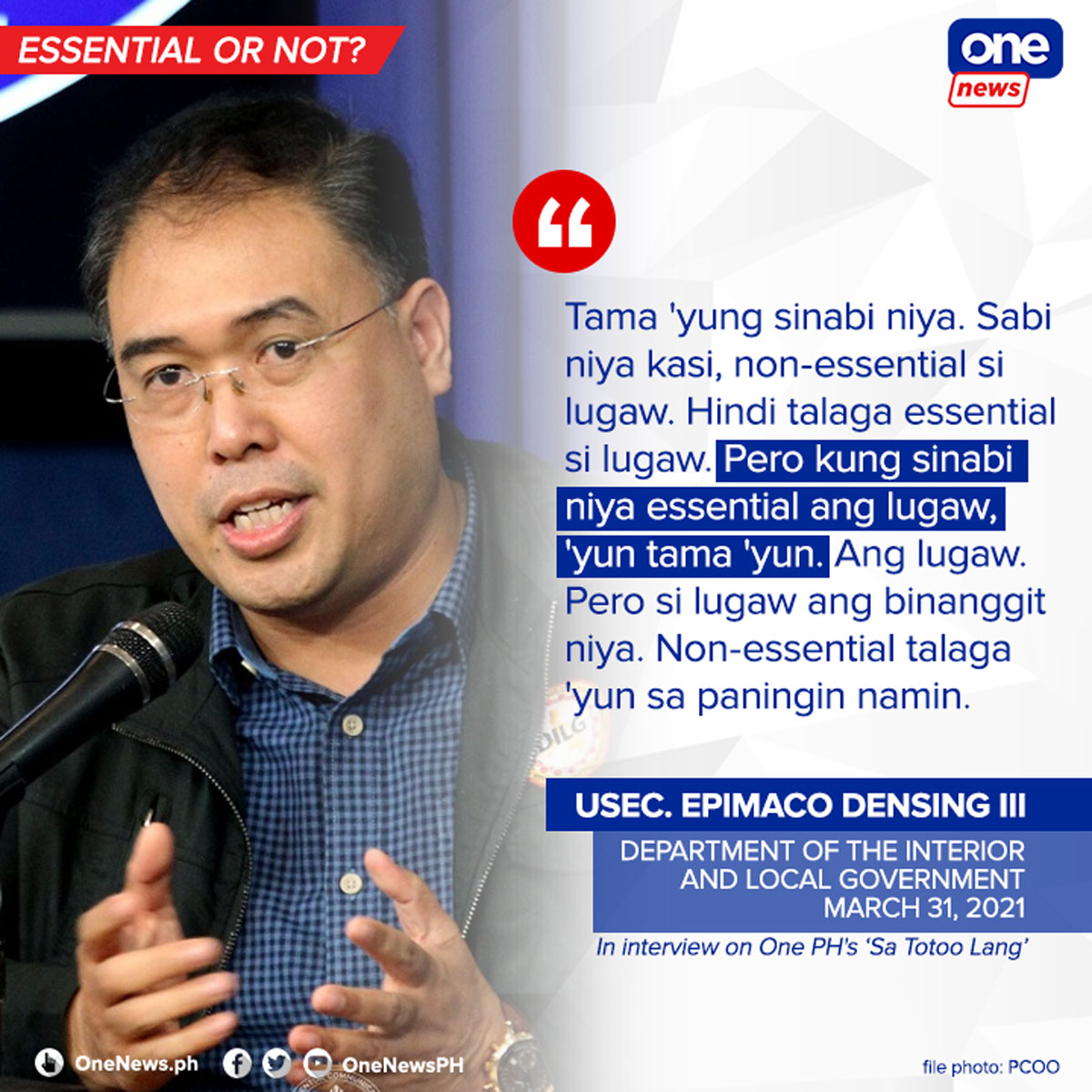 In reaction, presidential spokesman Harry Roque reminded the local police and concerned local officials not to hamper the delivery of food and other essential goods during the lockdown in NCR Plus.

“Lugaw (rice porridge) is (an) essential good,” Roque said as the viral video has come to the Palace’s attention. “Lugaw, or any food item for that matter, is considered an essential good.”

Densing told Sa Totoo Lang that the incident is being investigated so the barangay official would be informed about the guidelines as she seemed to be in good faith in enforcing the rules and regulations.

“Pagsasabihan lang po,” he said, adding the whole of the barangay must know the ECQ protocols to avoid misinterpretation.

Densing told “The Chiefs” on One News / TV 5 during an interview also on Wednesday night that issues related to the ECQ could be settled by the police in a nearby precinct.

If not, he advised people to give in to the authorities to avoid trouble and then find ways later on to have the enforcement corrected.

“In the meantime, pasensiya na lang muna,” he added.

Told that it would be risky to go the precinct because of COVID-19, Densing commented: “Kaya nga po, if they’re really challenging it, ‘yung barangay tanod, doon sila sa presinto magkwentuhan.”

Following the incident, GrabFood Philippines offered free delivery with promo code “LUGAWISESSENTIAL.”  It also posted an image with the text, “If food is essential and lugaw is food, therefore LUGAWISESSENTIAL.”