Retired National Bureau of Investigation director Dante Gierran vowed to cleanse and restore people’s trust and confidence in the Philippine Health Insurance Corp. that has been under fire for alleged corruption. 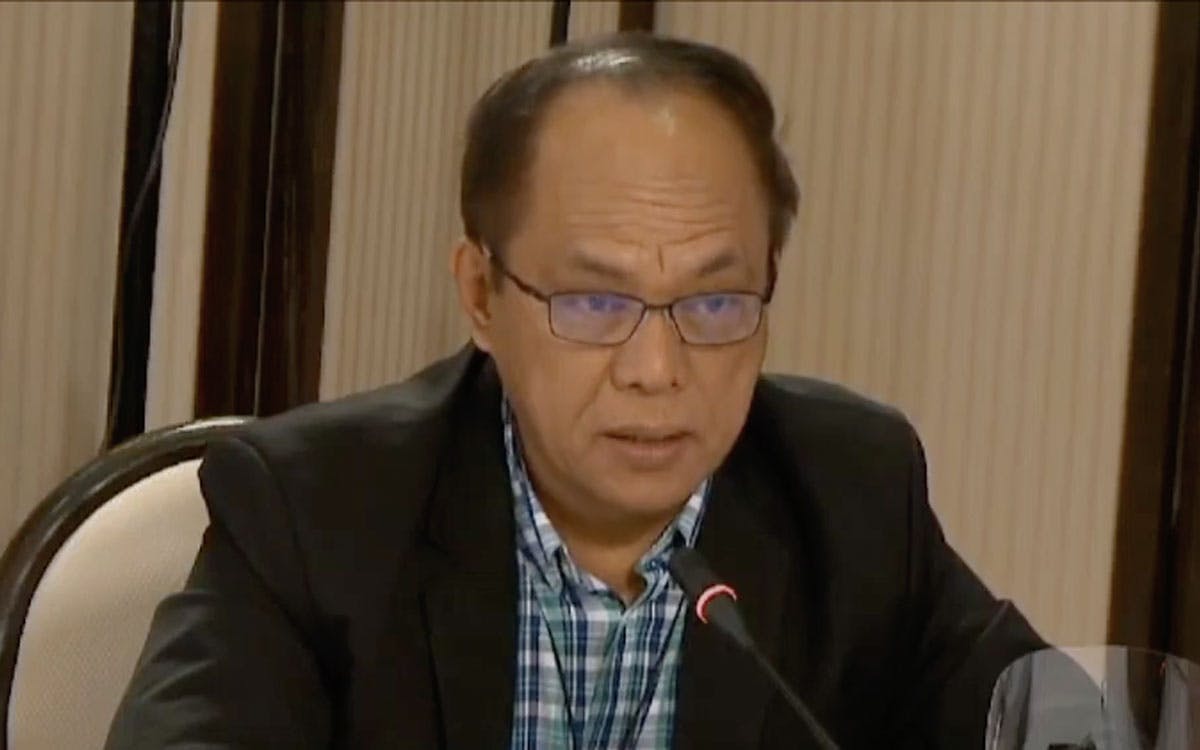 Screenshot of former National Bureau of Investigation director Dante Gierran while speaking during the meeting of the Inter-Agency Task Force for the Management of Emerging Infectious Diseases on Aug. 31, 2020.

Retired NBI director Dante Gierran was appointed chief of the state-run insurer, replacing Ricardo Morales, who resigned last week after Duterte asked him to do so supposedly to allow him to recover from his ailment.

Duterte announced Gierran's appointment during a meeting of the Inter-Agency Task Force for the Management of Emerging Infectious Diseases on Monday night, Aug. 31, at the Malago Clubhouse in Malacañang Park.

"I introduce you to the new PhilHealth (president), Gierran, he is the retired director of the NBI... He is a lawyer and an accountant," Duterte said.

"I told him the next two years will be devoted to fight against corruption. Find people we can send to jail. Para may maiwan tayo sa kulungan," he added.

Duterte ordered Gierran to implement a reshuffle in PhilHealth in two to three days and to remove all regional vice presidents. He said he would also order a reshuffle at the NBI and Bureau of Customs.

Gierran vowed to restore the people’s trust and confidence in PhilHealth. He said he must improve the services and address the perennial issues of corruption in the agency.

He admitted he had been listening to the congressional hearings on the alleged irregularities in PhilHealth and was “really aghast” about the sorry state of the agency – “corruption here and there.”

He considers his new job as a “huge mission” and is consoled by the fact that there is support being extended to him.

Morales, who is suffering from lymphoma, stepped down from his post as PhilHealth undergoes scrutiny over alleged anomalous schemes that defrauded the state insurer of billions in funds. PhilHealth officials have denied involvement in irregularities and have vowed to cooperate with the investigation. 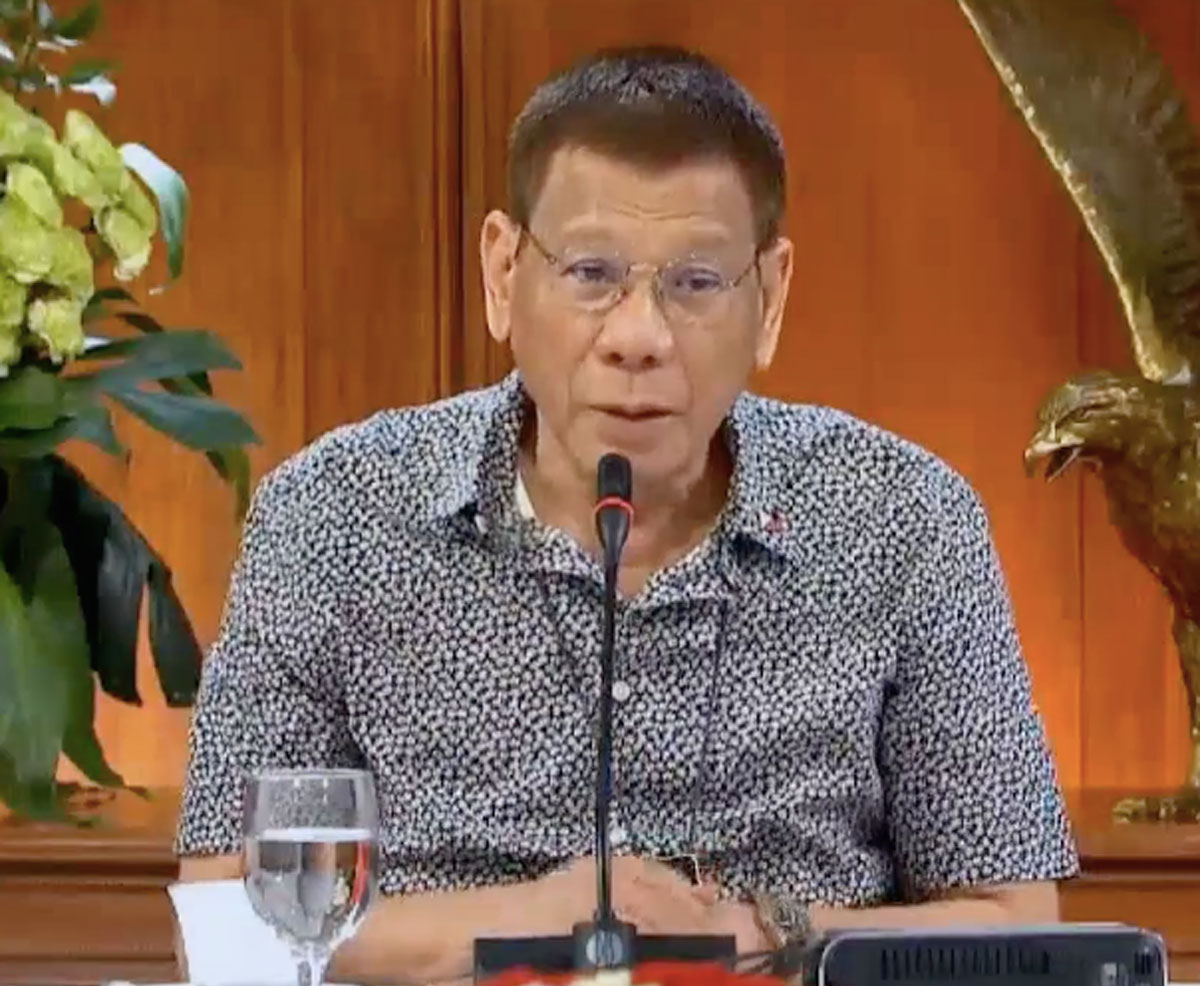 According to Morales, the President’s confidence in him never wavered as Duterte did not use the corruption issues besetting PhilHealth as the reason for letting him go.

“I am humbled. He is a true friend,” Morales, a retired military general who hails from Davao City where Duterte served as mayor for a long time, said. He has promised to continue participating in the investigation of the PhilHealth anomalies.

Gierran was appointed NBI director in 2016 and retired from government service last February. He was the NBI chief when the justice department ordered a probe on the "ghost dialysis" controversy that hounded PhilHealth.

Gierran was also a former NBI regional director for Davao.

Presidential spokesman Harry Roque previously said choosing the next PhilHealth chief is a "big challenge," noting that the appointee should have no record of and zero tolerance for corruption and should be knowledgeable in accounting, insurance and public health.

Roque added the new PhilHealth head must have managerial skills “since PhilHealth is not just an insurance company but also the implementer of universal healthcare.”

"We do not lack people who are capable of providing service but the President will choose the one who has the qualifications that will allow PhilHealth to recover. The President admits that PhilHealth requires his personal attention... He needs someone who can help him restore the public's trust in PhilHealth," Roque stated.

Angara, who chairs the Senate committee on finance, called for a strengthening of the anti-fraud mechanisms in PhilHealth to include a special audit on its funds  following the most recent controversy faced by the state health insurer involving its allegedly overpriced IT system and the controversial P27-billion Interim Reimbursement Mechanism (IRM).

He said the state health insurance firm should digitize its records and to utilize systems to validate membership claims just like what is being used by pension funds Social Security System and Government Service Insurance System.

Angara has been pushing for the digitization of both the government and private sector as part of the national digital transformation program to improve efficiency in the delivery of services and prepare the country for the requirements of a rapidly changing world.

This is contained in Senate Bill No. 1470 of the proposed National Digital Transformation Act, which Angara filed last May 4.